I have recently been having some issues with my Light and Motion Stella 120, it would only last about 25 minutes before it would start to flash and then power down to the low setting. Since I only had the light for about a year and the website says that it should last at least 2.5 hours on high I started to do a little research. Apparently in the box there were some pieces of dead, flattened trees bound together with bent metal; on these pieces of trees were words... I think they called it an instruction (IN STRUCK SHUN) manual. Apparently they put these weird things in everything you buy, I am not sure I'm buying that though, I am sure I would have seen one before now if they actually did such silly things. Any way I peeled back the tiny pieces of flattened trees only to find a whole world of informative gibberish and mumbo jumbo.

Whoa... did I just buy a lighting system for my bike or did I agree to adopt a small child?!?!

Exercise your battery every 3 months, it rides along with me isn't that exercise enough or do I need to hire a battery walking service?

Charge your battery immediately after your ride, fully charge it but not too much... anywhere between 0-24 hours depending on if it's the first use or subsequent uses and then dependent on how long it's been sitting, whether it recently went for a jog and is fully exercised and of course it also depends on how long you used it because then you just charge it for that amount of time, sort of because the charging time is not 1 to 1 but more a 1 to 5 ratio; you almost need a chart or some sort of mathematical degree to figure out how long you are supposed to charge the thing without over charging it. There is not however any sort of battery level indicator or even a yellow, green and red light indicator to help you know the state of the battery so you pretty much just guess. I do like that you pay over $100 for the light system and their solution is to buy a $3 egg timer to safely charge your battery... seriously?!?! To me that sounds like you're being setup for failure, that and they put all this information in the instruction (IN STRUCK SHUN) manual that they hide right there inside the box. I of course tossed this IN STRUCK SHUN manual aside when I opened the box because I figured it was just paper to keep the light safe, I mean really don't they know that the male genome doesn't allow us to read anything contained inside a box that might shed some sort of light (no pun intended) on how to use, assemble or care for whatever shiny bauble is in the box? I seriously thought those things were written in secret code, and the only people who possessed the decoder rings were female... who knew the male of the species could access the instructions so easily.

So after careful (that is to say I skimmed it and read the larger gray "Warning" or "Caution" boxes) reading of the IN STRUCK SHUN manual I came to the conclusion that perhaps, maybe I might have conceivably contributed to the problems the light was having... perchance. So I decided to run the light all the way down and then charge it a full 10 hours and only 10 hours, not one minute longer so as to not inadvertently damage the battery as per the IN STRUCK SHUN manual. As it turns out in the confines of my house while attached to the kitchen chair after already running for 25 minutes of high, 45 minutes on low and sitting uncharged for two day the damn thing ran on full for another 1:45 minutes... so in theory, I could totally ride safely in the kitchen for well over the 2.5 hours as described in the manual. I was going to need to get a much bigger kitchen!!

After discharging the battery and then re-charging it for ONLY 10 hours I let the battery sit for a day before I used it tonight, I am not sure if it's fixed or not but it totally ran for an hour and a half without issue... and this was outside, without the kitchen chair attached to the light! Then when I got back I made sure I only charged it for the one and a half hours I used it, IMMEDIATELY after I was done riding, also as per the IN STRUCK SHUN manual. I am not sure that it's completely "fixed" but if I follow the set of instructions more in-depth than the care of a Mogwai perhaps I can actually use the light to ride in the dark for a longer period of time than it takes to get out of the driveway.

If they wanted us to read the manual they should have made it more interesting to us, perhaps title it differently or put this picture on the cover and say it is the steps necessary to meet her... then I wouldn't have tossed the thing so quickly. 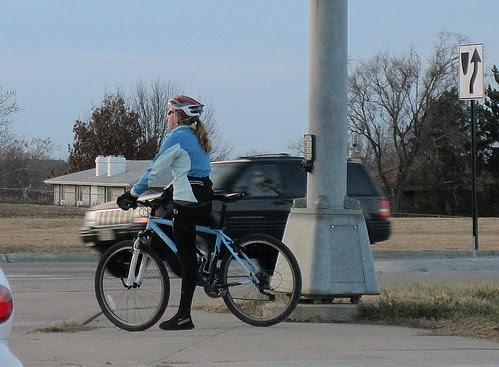