Where one year ends another begins, I have never really been one to make a list of things I'm going to do or do better in the coming year. It's always been my philosophy that if there is something that needs changing why wait until the end/beginning of a year just because that's the time that everyone else makes a list of things that they miraculously hope are going to change without any effort on their part. Any change that really needs to be made should be apparent to you irregardless of what date is on the calendar. The beginning of a new year is not a fresh start, all the problems you had from the previous year follow you into the new year. There are no mulligans, no magic erasers and no clean slates... it's your life people and it doesn't come with a trip odometer you reset when you get gas. So, instead of a blog about things I promise myself I'm going to do next year because I wrote it on a piece of paper, I'm doing a blog about the year that was... and mostly pictures at that.

I have never really tracked mileage or at least never tracked it in any really manageable way that I could look back on and see what I had done for the year, last year I decided to try to find a reliable site. There are a million websites out there that allow you to track your workouts in a cumulative manner and I have tried more than a few of them but kept going back to dailymile.com; it might not be the most technical or have the most bells and whistles but it worked for what I needed and it was easy to use and understand. It was a little interesting to see that for the most part the warmer months of the year were fairly consistent as expected but December was a bit of a surprise.

I think I will stick with this site and see if I can't improve a on my mileage for 2012, so if you want to call that a resolution I suppose that's about as close as I'm going to get to one. Sure there are things I'd like to change but most of them are ongoing and already in the works. I had hoped to get to 2000 miles this year but fell just a bit short, guess that just means I have a goal for 2012. 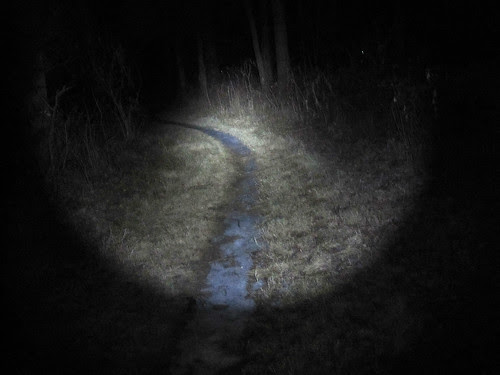 January ride, just a little but of snow on what I can only assume was a cold night ride. February started out pretty much the same as January, a little snow but mostly clear. 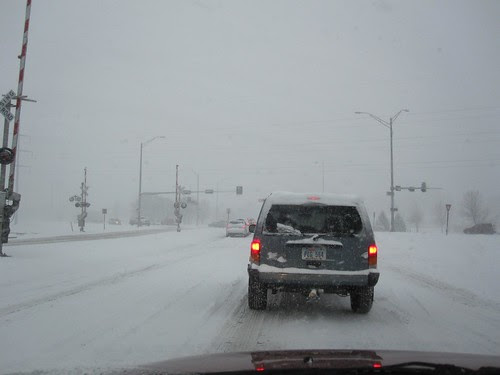 It didn't end that way though, snow was on the menu for February. 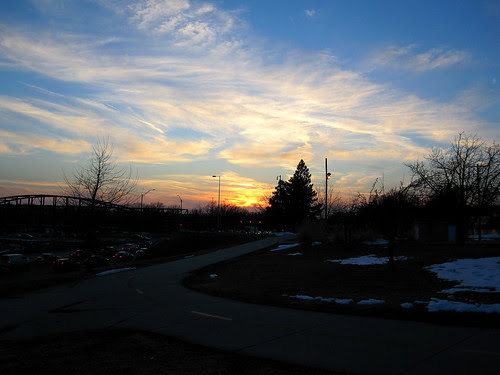 March we were back to just a little snow on the ground, temps starting to warm up and days getting a little longer. 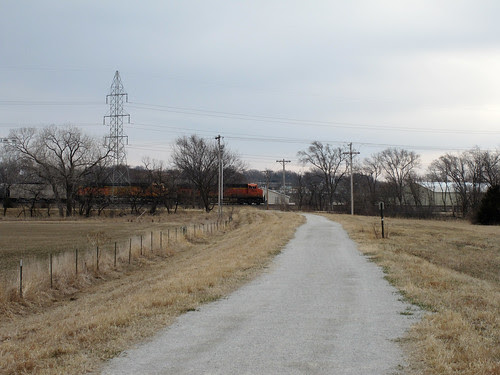 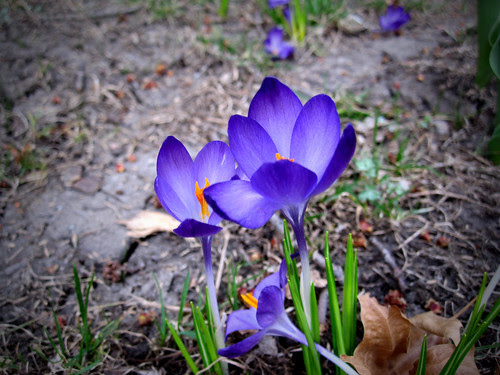 ...and the first signs of spring. 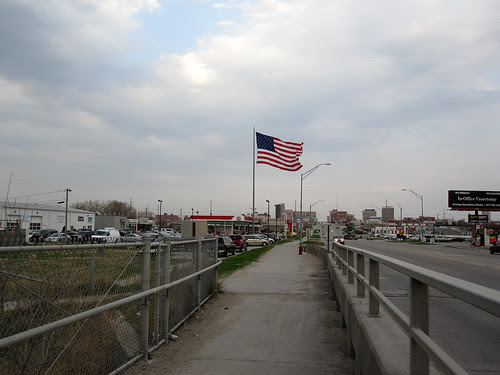 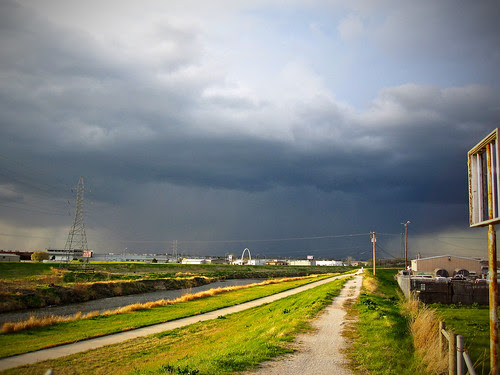 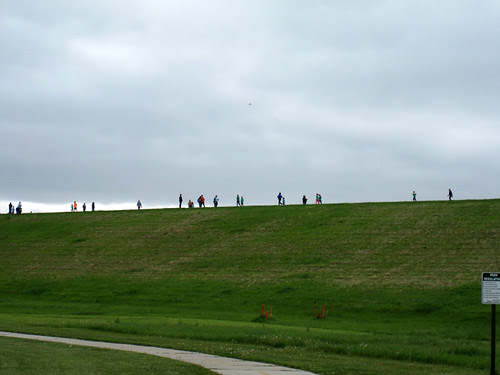 May brought more and more hairless bipeds out of hibernation, obstacles were now in full swing. 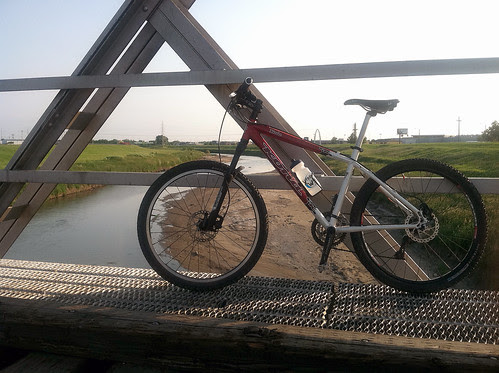 June meant summer was in full swing, swamp butt and tan lines were the norm. 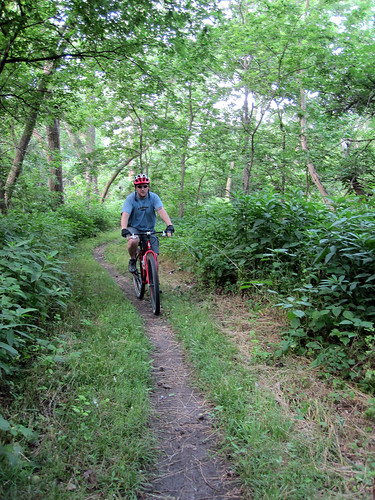 July was more heat, sweat, rides through Wilderness Park and mosquitoes as big as Buicks. 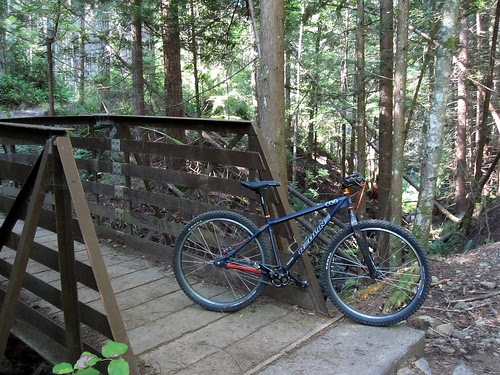 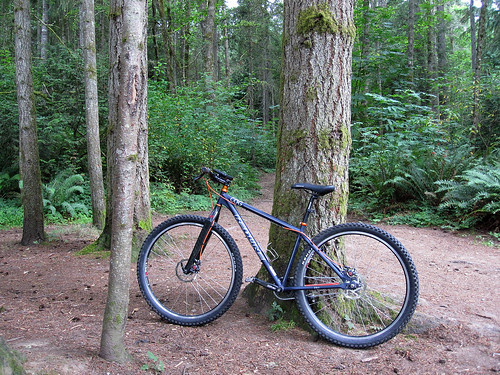 Banner Forest and Wildcat Trail were a blast. 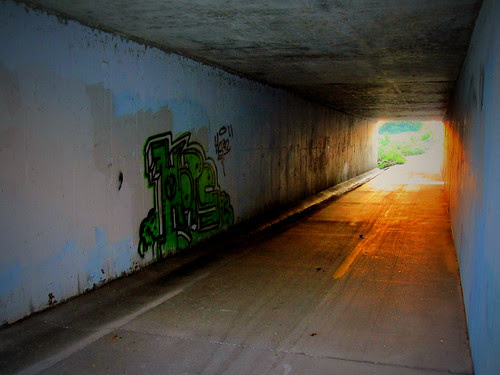 September meant that the incessant heat was starting to show signs of yielding to milder temps. 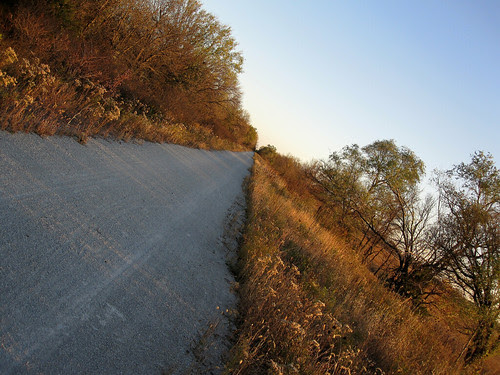 October brought brown colors, shorter days and relief from the heat and humidity. 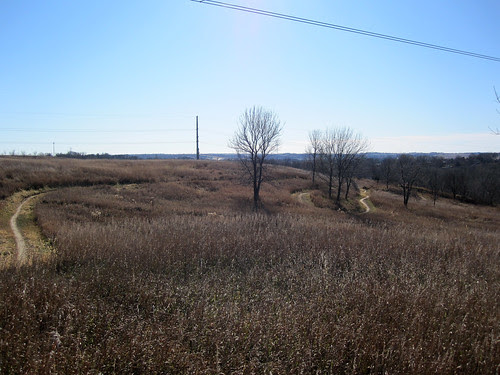 November was a great month, 60 degrees on Thanksgiving day. 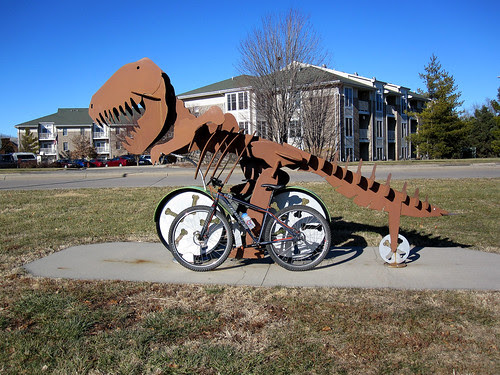 December saw snow early in the month... but 50s on Christmas. 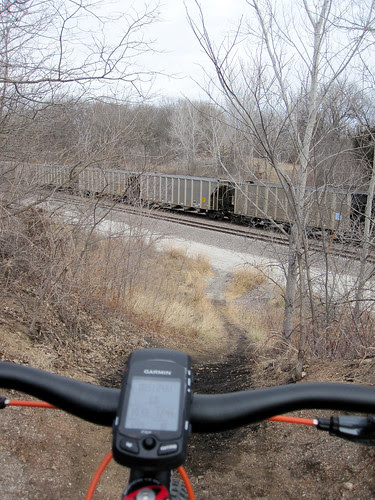 So another year ends pretty much as it began, with places to go, things to accomplish and obstacles in the path to overcome. Here's hoping 2012 is as least as good as 2011, maybe just a little bit better.
Posted by Rydn9ers at 8:28 PM