Mother Nature Wants Me To Be A Responsible Human Being

I knew that there was a trail day today, even gave a serious consideration of going but then I decided I was going to be a selfish douche waffle and just get up and go for a ride instead. Watched the forecast and got everything ready the night before, that's how set I was on going riding and shirking my responsibility to take care of the trails that give me so much enjoyment. Got up, got dressed, had the bike in hand rolling out the door when I looked out the window... and it was drizzling, M*&ther f&*ker! The plan was to ride gravel so I wimped out and decided I didn't want to deal with wet gravel/mud today so I put everything back and almost climbed back into bed I was so frustrated with all the moisture we've had this Spring/Summer so far. After my frustration subsided I remembered about the trail day and decided  that since I was already up and my attempt at being worthless was thwarted I would head out to Swanson and be the responsible human being I should have been all along. Mother Nature decided that she needed me working rather than playing today... although I'm not sure why standing in the drizzle in Swanson sounded any better than riding in it but it did. I realize that the previous statement makes me sound somewhat like a schmuck but at least I was honest about my schmuckness and in the end didn't shirk it completely. 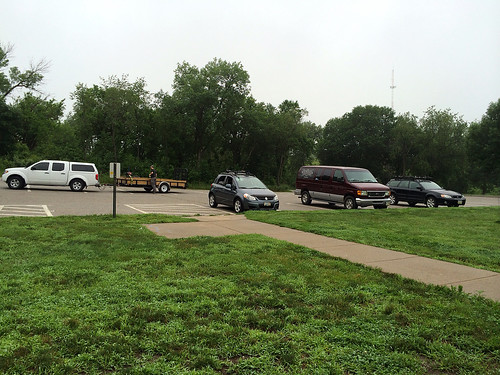 Not a bad turn out for being such a miserable day, while it wasn't necessarily hot or sunny the humidity was kicking already and you could tell it was only a matter of time before it rained. 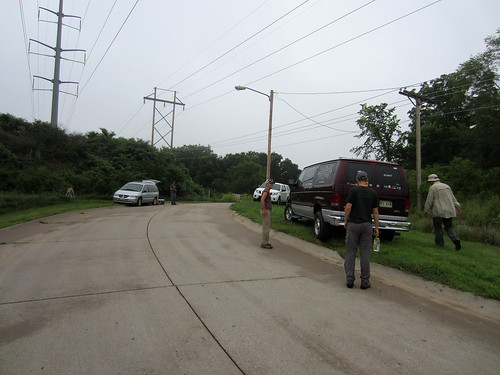 Time to do work! 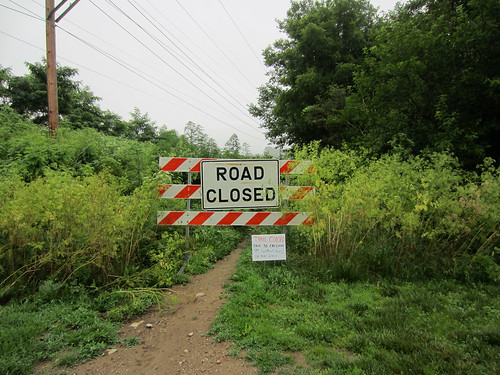 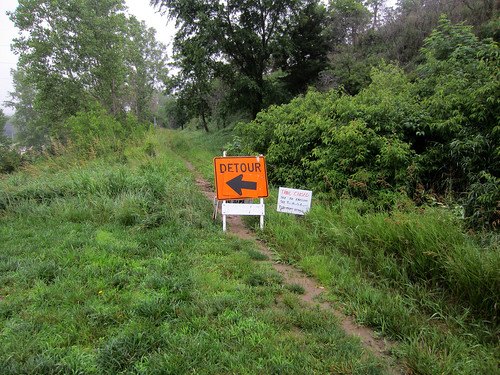 Haven't actually been up behind the detours but I've seen the pictures and it looks like a real mess, hopefully at some point some of it is salvageable up there. 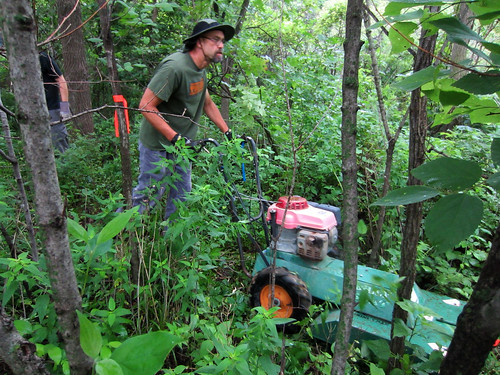 Big, loud trail eater, much nicer than needing to do it all by hand. Even after cutting the initial passageway there is still plenty of hoe/ax/pruning work to be done however. 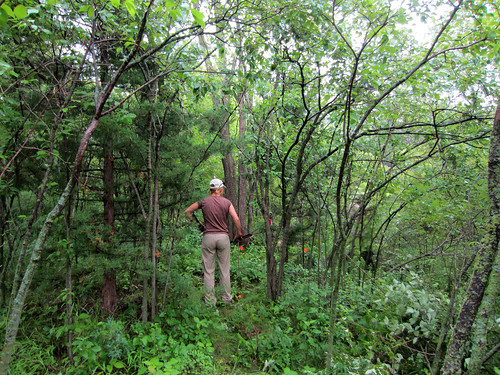 Doesn't look like much now but a few of these trail days and we will have a trial where this jungle now resides. 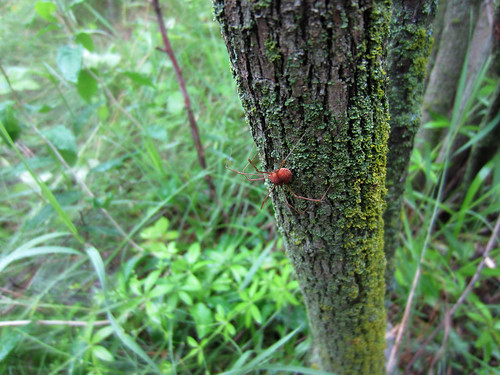 Some of the neighbors came out to see what was going on, guess we were making quite the ruckus out there, none of them volunteered to help out which is really a shame with all those legs we could have put him to work. He might not have been much help but he was a lot nicer to work around than the mosquitoes that were out there, even with mosquito spray I ended up with a few bites. I suppose when you're in that kind of humidity doing manual labor it's not long before you sweat off most of the spray's effectiveness. 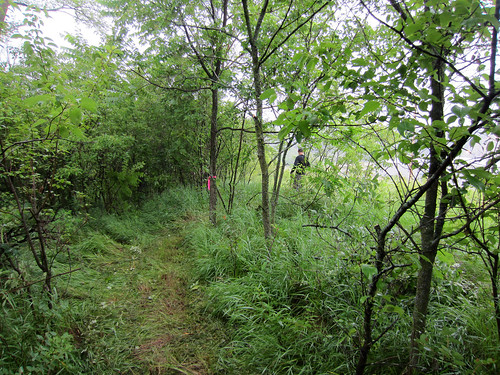 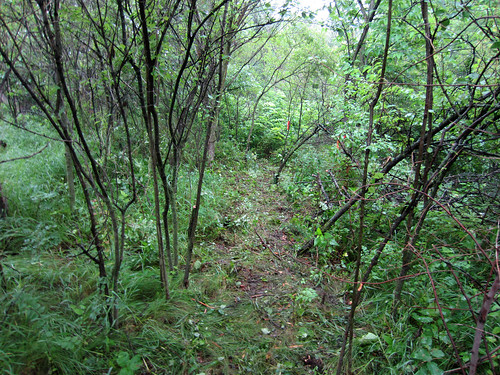 Already signs of progress after just a few hours, only had two hours to give before I had to get back to the apt. managed to get in a good solid hour and 40 minutes before it decided to dump on us... figured that was my sign to drag my soggy butt back home just a tad bit earlier than planned. Lots of work left to do up there, hopefully they can make a dent in it today but I have a feeling there are going to be more days to come.