Haven't been doing a whole lot of biking lately, most of it's been due to the weather and the rest has just been laziness. Regardless neither has affected the beer drinking, not sure that's really a good thing though, whole lotta calories in beer that aren't getting burned off properly. I guess it's time to stop with the excuses and start with the pedaling again, but today wasn't the day for pedaling it was the day for beer. 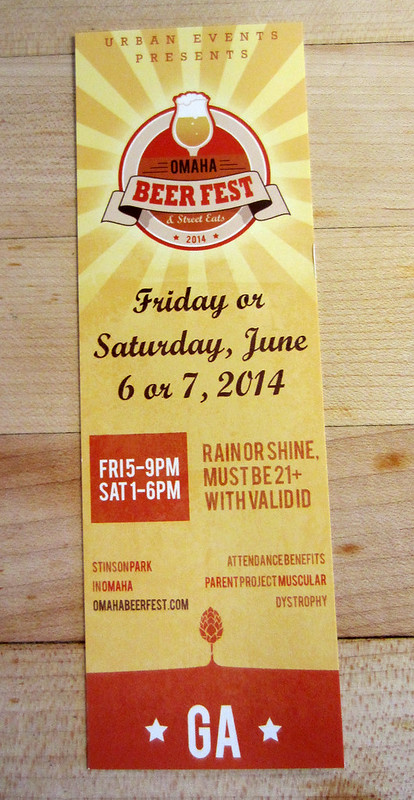 I knew Beerfest was coming up and had thought about going as I've been known to drink a beer or two now and then but didn't actually buy any tickets, then I was given a free ticket by a good friend of mine. 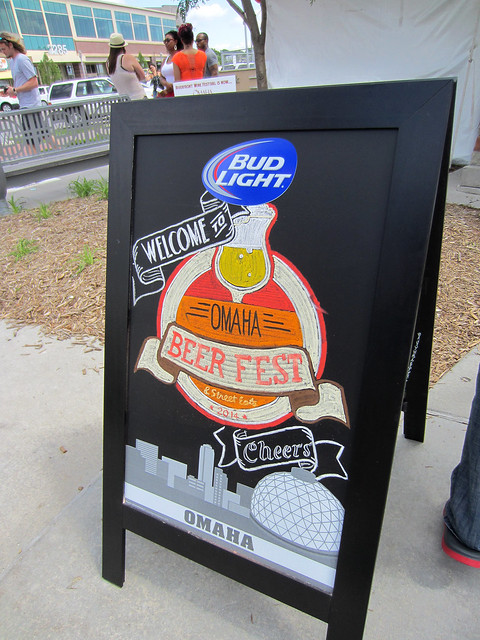 Choice seemed obvious at that point, Beerfest here I come. 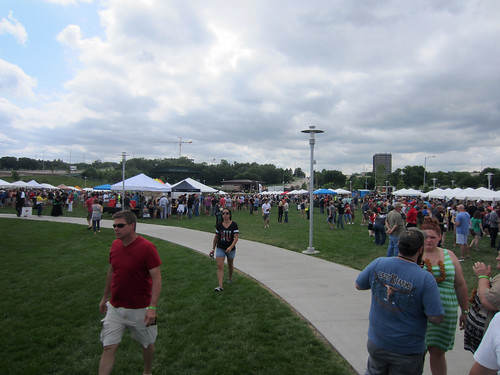 Luckily only a few people showed up... 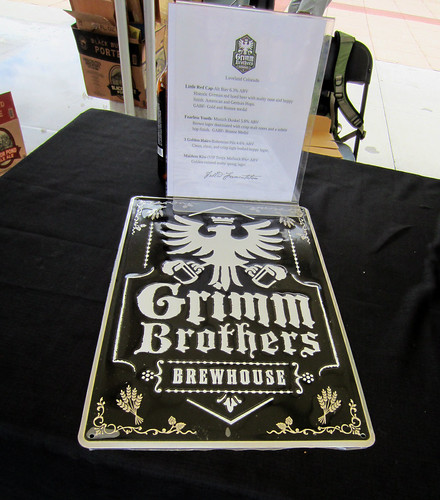 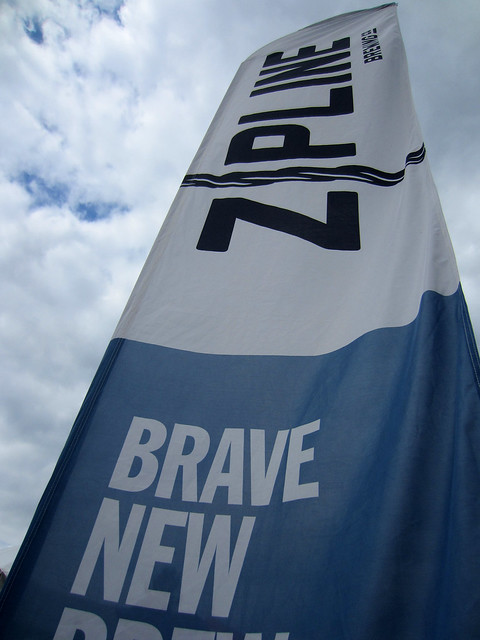 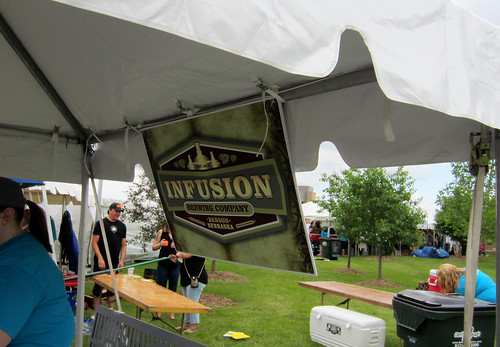 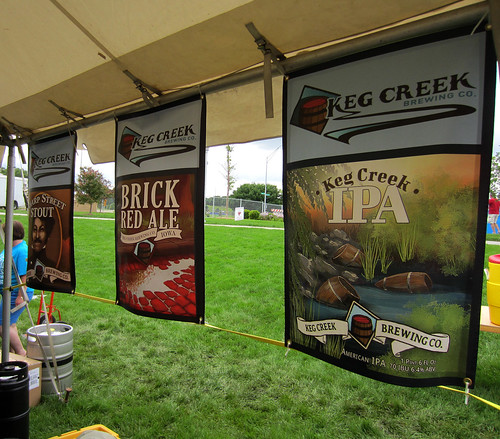 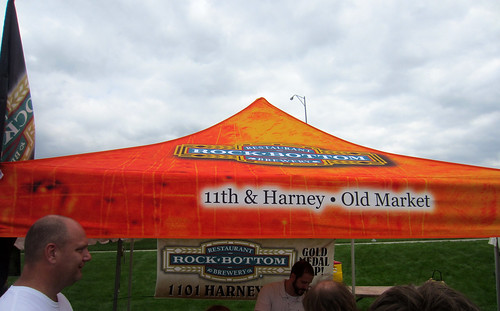 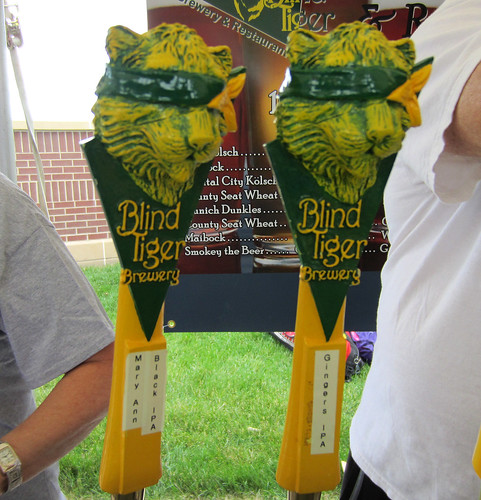 Being an event called Beerfest they had a few beers there, some I have had, some I had not, some local and some from places far off but most of them had one thing in common and that was that they were good... and cold, so I guess they had two things in common. 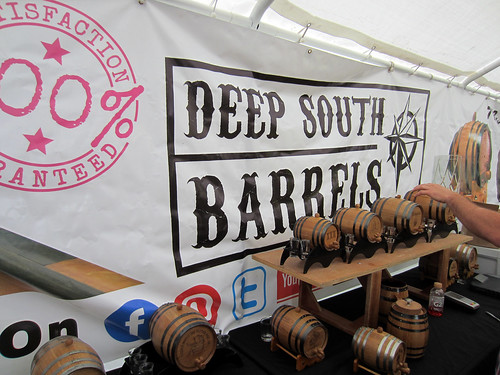 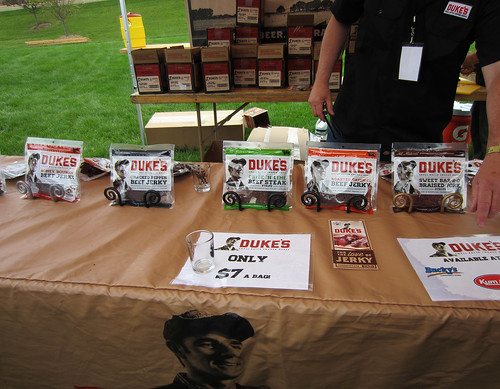 Of course there were vendors there that didn't have much to do with beer and I naturally skipped over most of those but I did find two of them fairly interesting. The first was Deep South Barrels, the barrels weren't really intended for beer but you could put liquor in them and have a nice conversation piece at your next house party. It was almost enough to get me past the bad reference to the movie Sweet Home Alabama and Deep South Glass, almost, but in the end I left barrel free.Of course jerky always holds my interest, man cannot live on beer alone, really can't live on beer and jerky alone either but you sure would survive a lot longer with both and this jerky was actually really good. 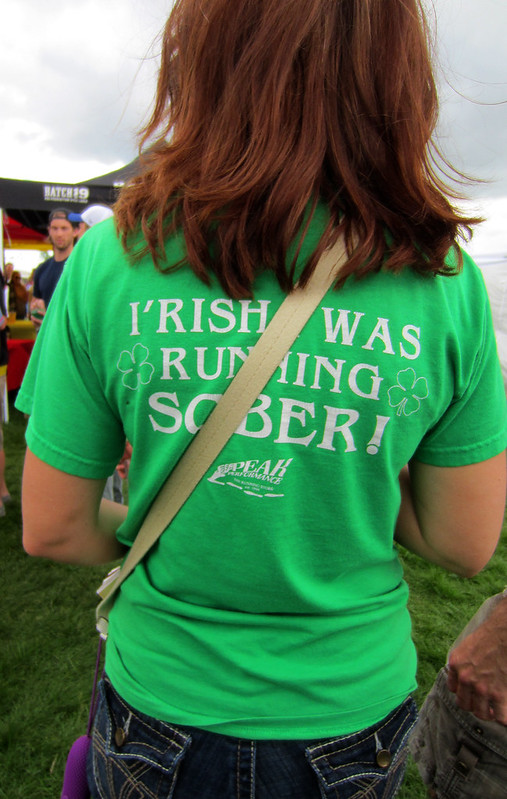 And of course what would be a beerfest without some awesome t-shirts and some unique people. Loved this t-shirt especially, I think I've actually heard a few people use I'rish in a sentence before after having one or two too many. 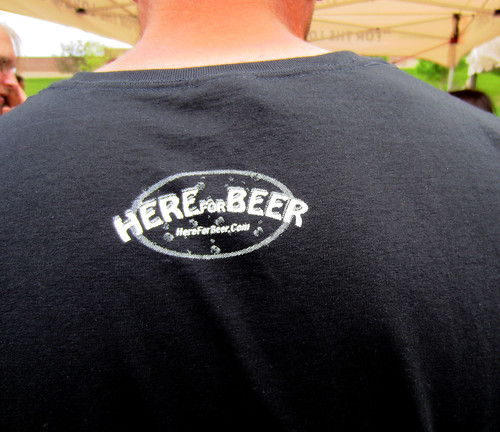 While this one didn't quite have the same smile inducing phrase it did fully represent why everybody was here. 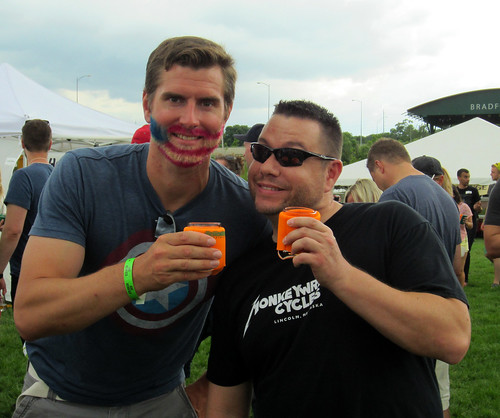 This dude had to be my favorite person there as he went all in for this Captain America theme, just had to ask him for a pic. 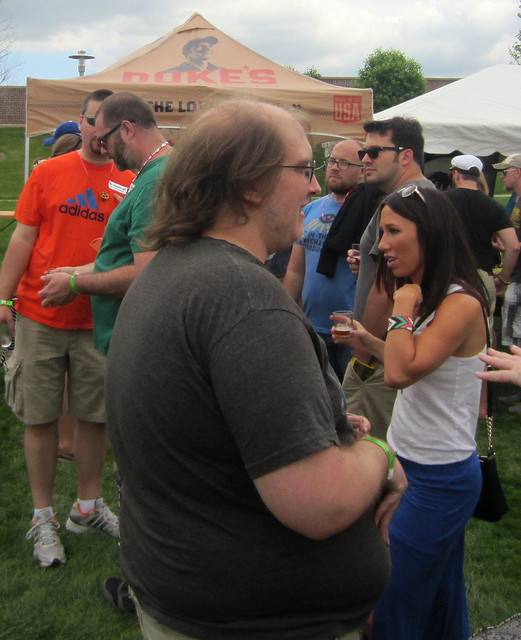 This would almost count as a mullet except while there still might be some party left in the back, it looks like the business in the front closed it's doors a few years ago. 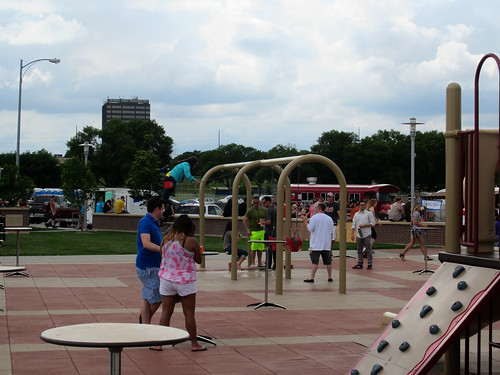 Of course if you give people enough beer they eventually start making unwise choices... like playing on the children's swings, I was waiting for her to go flying off or to start projectile vomiting, sadly neither occurred while I was still watching. 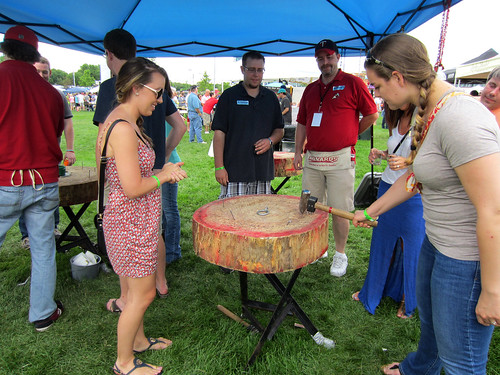 Drunk people, sharp nails and hammers, there is no way anything could go wrong here. There was more than enough free beer for your average person to get really lit, I wasn't driving and had a serious buzz going after just hitting half of the booths that were there. 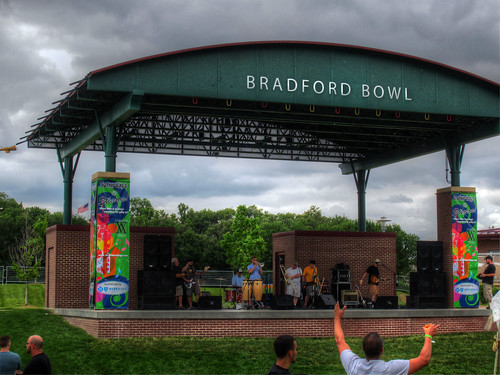 There was even a band, with one really excited fan. In actuality though they were pretty good, I even made this determination before I had that good buzz going. 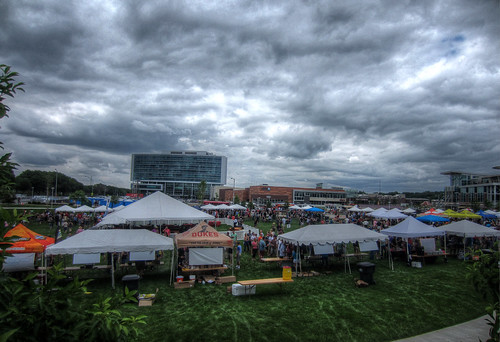 Clouds were threatening but it never did rain, the clouds and breeze were appreciated though as it kept it from being as warm as it could have been otherwise. 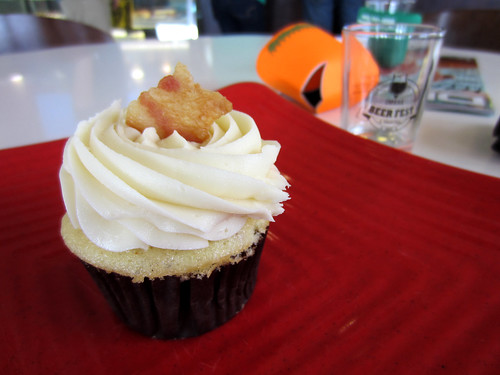 After having my fill of beer, people watching and crowds it was time to beat feet home but before I did that it was time to satisfy my other vise, sweets. It just so happens that right next to the Beerfest is Jones Brothers Cupcakes and they make one very tasty maple bacon cupcake that was calling my name.