Tonight was the official opening of the new trail at Walnut Creek, this is the first trail opening I'd ever been to and the first trail I've helped make with my own hands, it was a pretty cool experience and likely one I might not ever get to share in again. 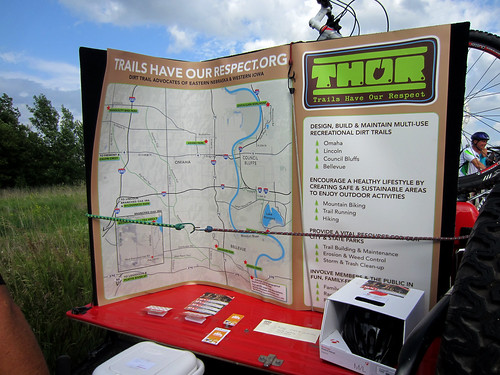 T.H.O.R was out recruiting members and supporting the trail, first year I've been a member of T.H.O.R as well... those guys and gals bust their butts making sure we have great trails to ride! 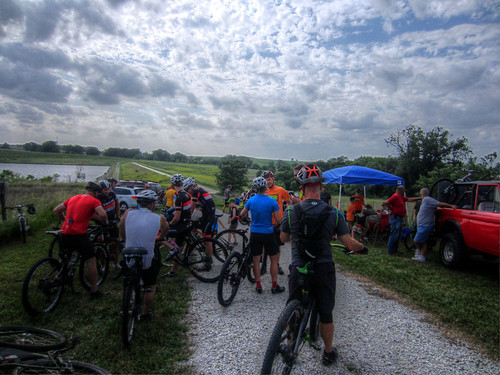 Had to fight the wind riding to the event and didn't anticipate that a 20+ mph head wind would slow me down as much as it did so I was a bit later than 5:30 and thought maybe I had missed it all. Fortunately the festivities were just starting... look at the fabulous view I had of the back of peoples heads. 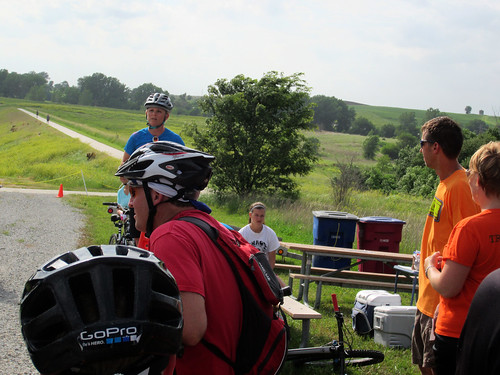 The trail leader Jeff and T.H.O.R representative Roxy speaking a little bit before the kids tore through the ribbon officially opening the trail to the public... and another awesome view of the backs of more heads. 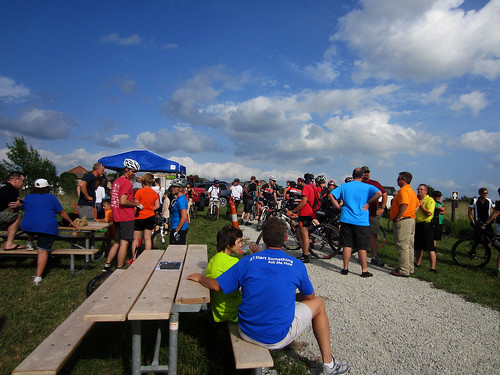 Had a really amazing turn out for the grand opening, a lot of people spent a ton of time making this trail happen I am glad I got to be a part of it and hope to continue to be able to help out, it is just down the road from me after all. If you get down to Papillion give it a ride, I think you'll be impressed and leave with a smile. Tried to get around to the other side to get some faces... and then they all turned around, the backs of more heads. FML.