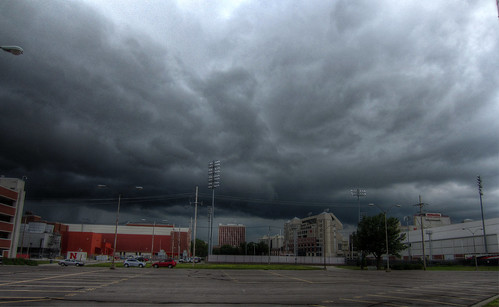 The Thursday Night No Drop Dirt Ride is supposed to be a no drop ride but I guess Mother Nature didn't get the memo and provided a few drops of her own. The forecast made it seem like most of the storms were going around Lincoln so it was decided to venture out and see what happened, hate to cancel the ride and have it be bone dry and it looked promising as it stayed dry past the 6 pm departure time... I was a bit concerned though when I looked to the south and saw this but even then it looked like most of it was staying south. The road dudes on the ThNNDRR were heading to Roca and I figured they were getting the worst of it but you know with those skin tight kits they wear it wouldn't take them long to dry out, they'd probably be more upset about the extra weight the water added than the rain itself. 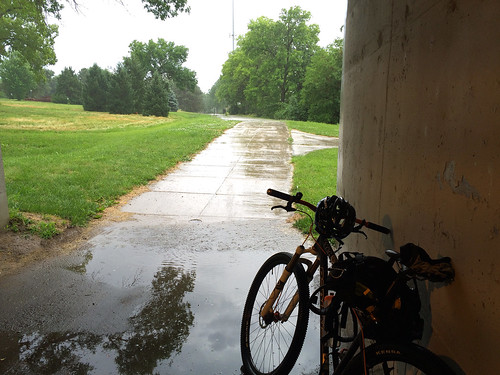 Managed to get all the way through the Haymarket and most of the way to the trail that runs under Van Dorn before it decided to let loose with a torrential down pour. Unfortunately I only ALMOST made it, I ended up getting soaked with only 3/4 of a mile until I would have been safe and dry under the bridge. The closer I got to the bridge the harder it rained and of course as soon as I got into the saftey of the bridge the rain immediately let up considerably. Standing there wet, cold and miserable I watched the drops splashing in the puddles as I removed my gloves and jersey so that I could wring the water out of them, it helped but everything was still damp. So like the troll in the Three Billy Goats Gruff tail I hid under the bridge and watched the water accumulate at my feet. 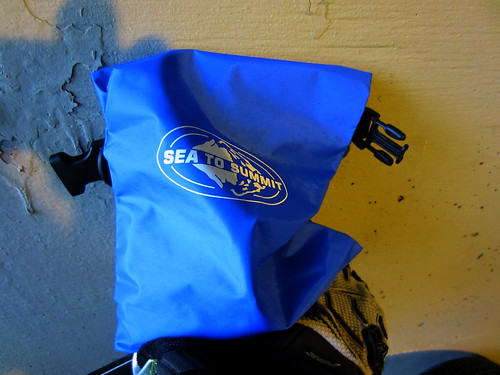 I almost always bike with a pack of one kind or another and have over the years taken some guff because of it but I try to be prepared and honestly the extra 10-15 lbs doesn't affect me as much as the extra weight I already carry on my person. One of the things I carry in the pack is this Sea to Summit waterproof bag, takes up literally no space in the pack and with the unpredictable weather in Nebraska it provides a nice dry place to store phones, cameras and any other electronics that you might carry with you. Needed it last night and am glad I had it, a lot cheaper than a new phone and camera. 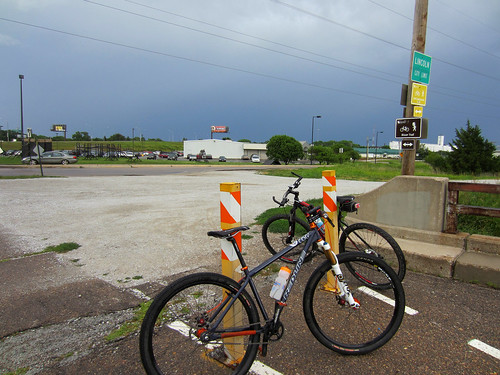 The rain finally did subside and I hooked up with the one other brave soul who decided to wait out the storm but by then Wilderness Park was out of the question because while the rain didn't last long it provided plenty of water in it's short time. There was plenty of rock star parking at the trail head this night, can't imagine why. 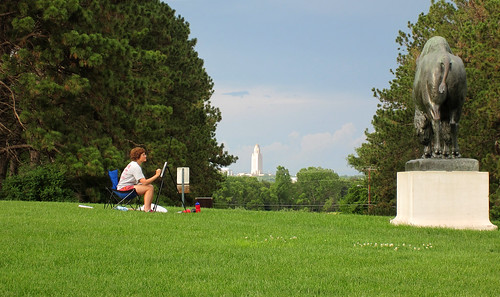 We decided to head out to Pioneers Park and ride around there for a bit before calling it a night since we were already out and already as wet as we were going to get, once we got a half mile from the trail head at W. Van Dorn it was bone dry and looked as if it hadn't rained at all. When we arrived at Pioneers Park there were people out enjoying the nice sunny day almost oblivious to the down pour that had just run amok through the rest of Lincoln only 3 miles farther east. 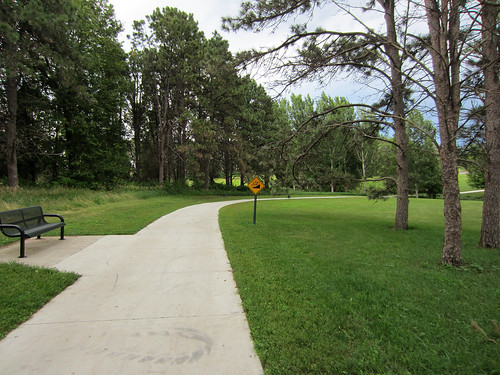 This is the first time I've been out to Pioneers Park since they redid the paths out there, compared to the crumbling asphalt that used to be out there, the new cement paths are butter smooth! 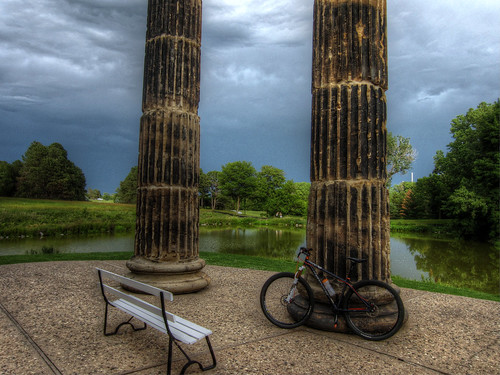 Obligatory picture of the bike leaning on stuff... but it's pretty stuff. 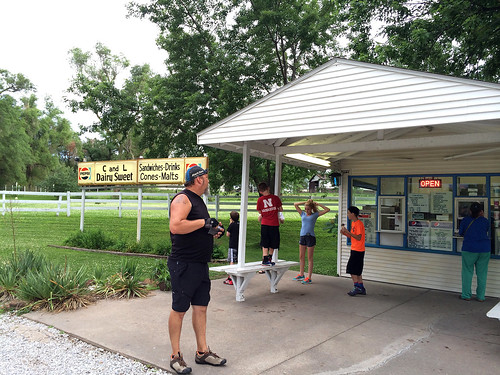 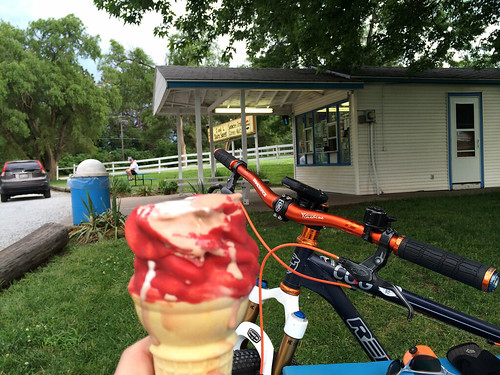 Since we were already out this way and because it sounded good we decided to hit up C and L Dairy Sweet for a little ice cream to help us forget about our damp clothes. Despite the earlier rain the night turned out to be a pretty decent one and I was able to get in a solid 17 miles, all paved, no dirt but I'll take it.

Email ThisBlogThis!Share to TwitterShare to FacebookShare to Pinterest
Labels: Cycle Works, Pioneers Park, ThNNDDR, When It Rains It Pours