Looked at the forecast last night and one thing was clear, the later in the day the stronger the wind was going to be. With that in mind I decided to try to get out early before the winds went from sucky to horrible, decided to just hop on the Big Papio Trail and ride it for a bit and then turn around and head home with a tail wind. 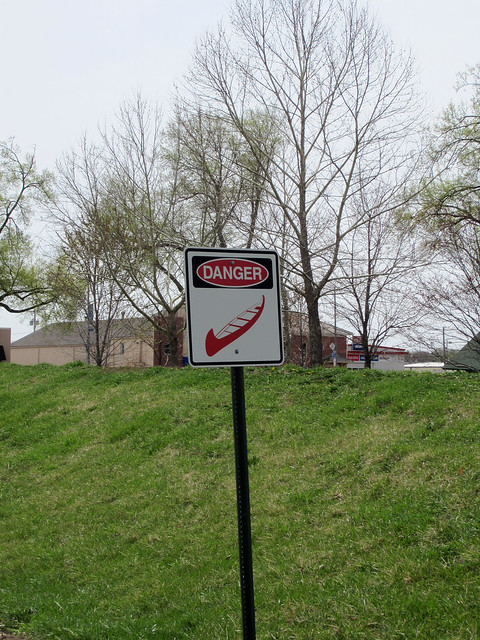 Been riding a bike for quite a while now and in several different states on all kinds of trails and I gotta say this is the first time I have ever been warned about dangerous canoes! I'd like to meet the canoeist that can paddle on cement, probably don't want to shake his/her had but I'd like to meet them. 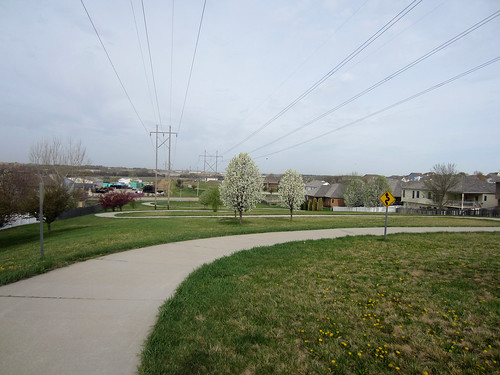 This was a pretty fun downhill, rode by it a few times but never wanted to expend the energy to ride up it until today. 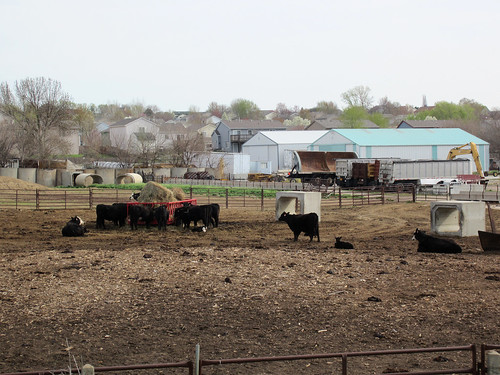 Made some new friends along the way as well, the city cows aren't as friendly as the country cows but they come around just fine after a bit. I've always thought this was a pretty cool looking railroad bridge, first time I've ever seen it from this side usually I drive by on the Interstate.

Train decided to show up after I took the previous picture but you know, those trains, who can trust them, always running behind. 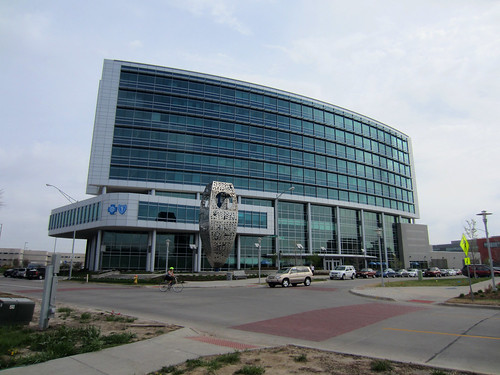 Happened upon this place, didn't realize the trail went by here but the GF works here, told her she could ride bike paths all the way to work... I was a lot more stoked about that little fact than she was. Figured this was as good a place as any to turn around so that's what I did.

Thought this mural was pretty cool, it's on the underpass wall of the road leading to Stinson Park and BCBS. This particular picture is actually two pictures I stitched together, you would not believe how long I stood on the side of the trail trying to figure out how to get a good picture using the auto panoramic feature on the iPhone 5S... forget that it's much quicker/easier to just take multiple pictures and manipulate them later, apparently I need to start taking a 5 year old along with me on my rides from now one. Damn whipper snappers and their technology wizardry. 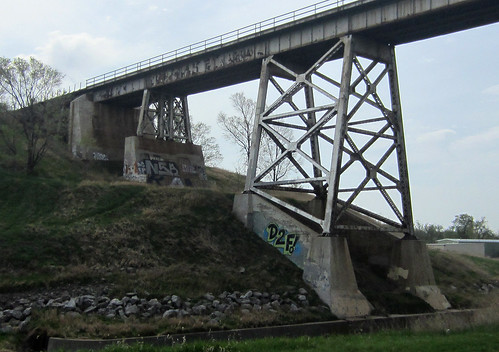 Same railroad bridge from before but the other side, seems the dating scene in Omaha is a lot different than what I'm used to as I can only assume D2F is just a spin off of DTF. Problem I see with this type of advertisement is that while it might get a large amount of traffic, it's lacking any details... male/female, how to contact them, etc. Are you just supposed to spray paint your interest or questions on the cement next to it?