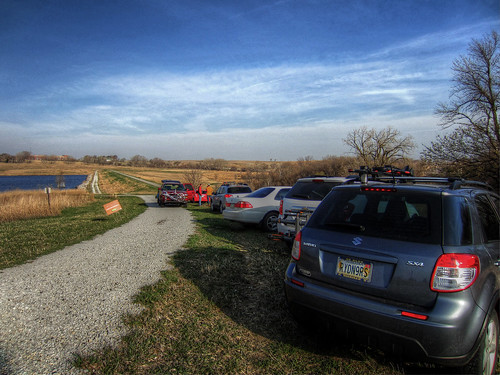 T.H.O.R. had their second trail day at Walnut Creek this morning, didn't have anything more pressing going on so I decided to head out and lend a hand again. Didn't quite get the turn out like we had last time but there were still plenty of able bodies out there helping. 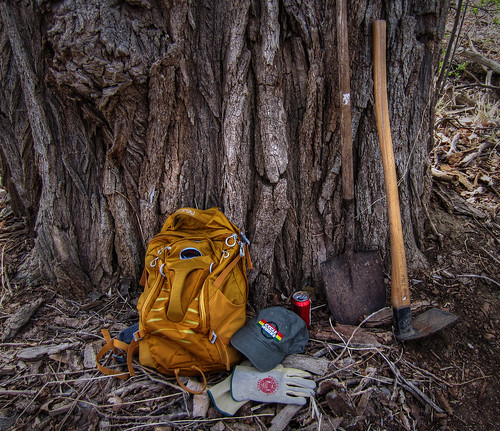 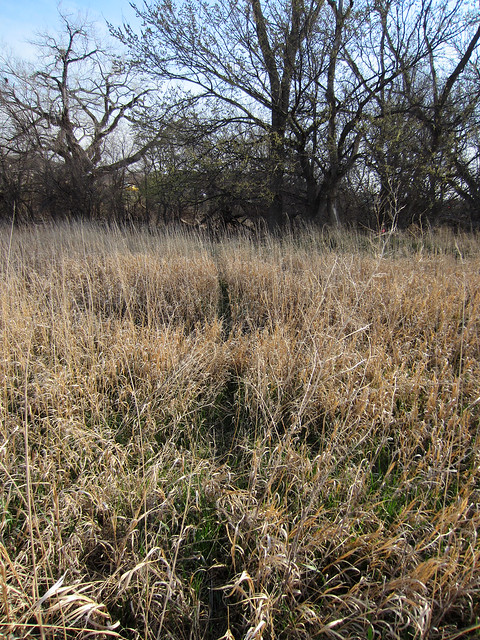 Barely visible is the entrance to the east section of the trees. 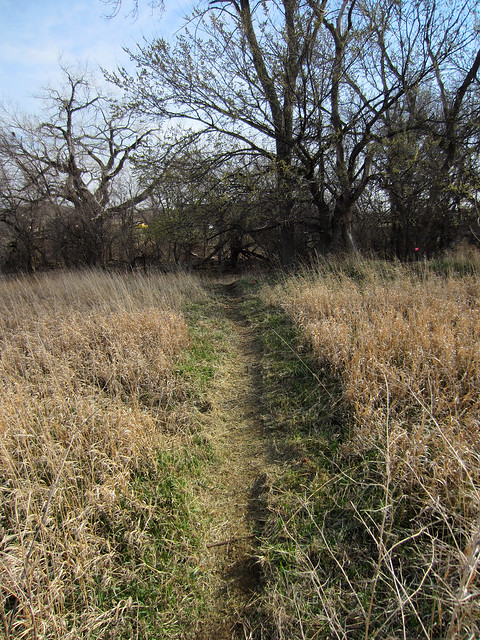 A little while later with the help of a weed eater and we have single track, sweet, sweet single track. 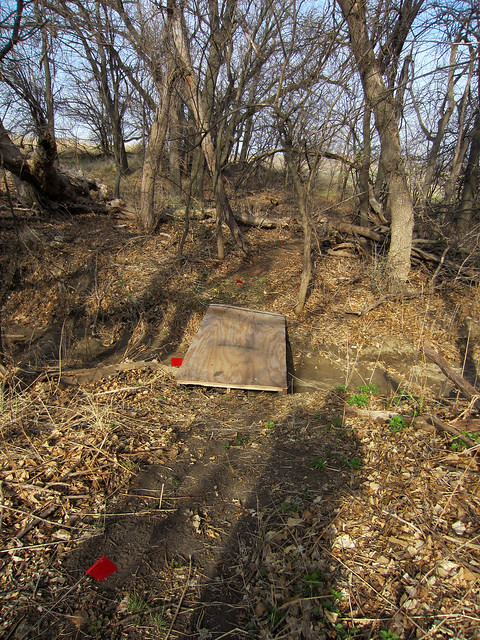 Because there is a creek that occasionally runs through the trail there will be a few bridges in this section, this one is just a temporary bridge until we can get the permanent one built and put into place. 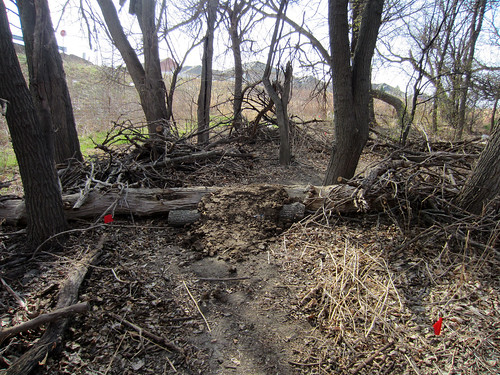 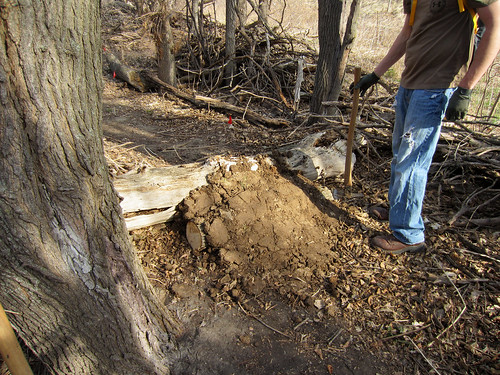 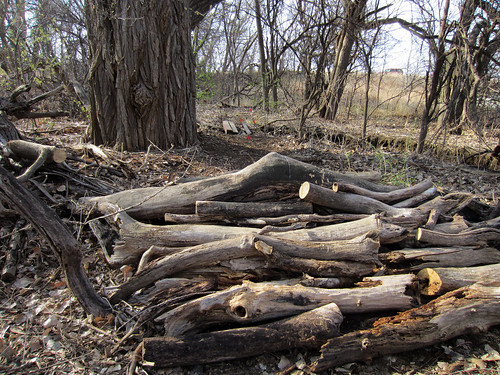 This bad boy is pretty monstrous and allowed us to actually make two routes over it, one easy route and one that requires a little more skill. 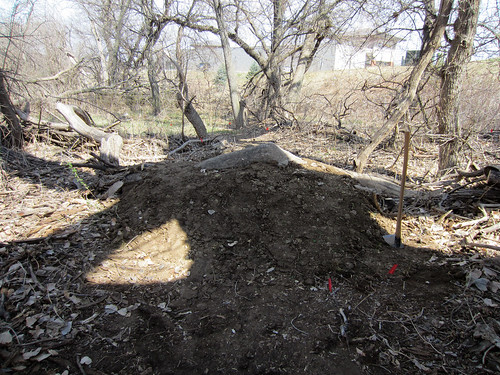 This is the front side of the big log crossing after dirt was added, to the left is the easy route which will be smooth up this side and down the backside, the right side involves a few little drops or if someone wanted could probably be used to catch some air. The hump in the middle makes a natural divider between the two sides. 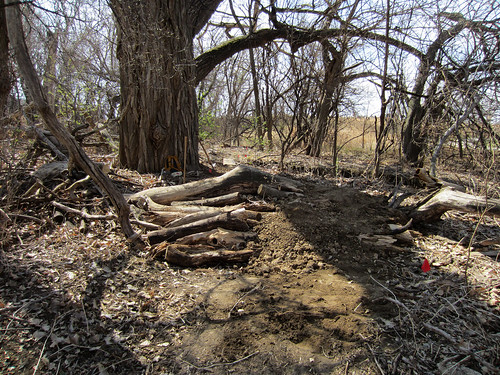 The backside of the big log crossing with the easy rout mostly filled in with dirt. 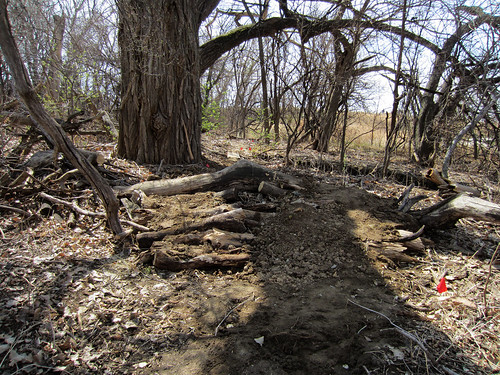 Mostly filled in on the difficult side, I think the idea is for it not to be made too smooth so that like I said, you have a few little drops or could even possibly clear the whole down section with speed. 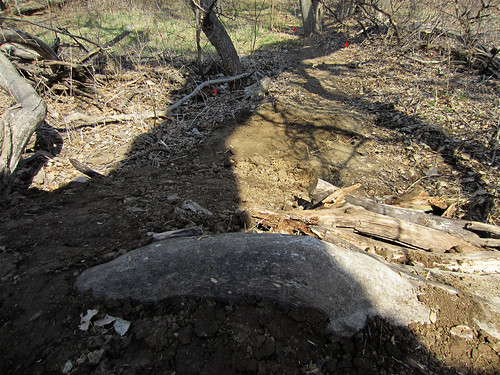 View from the top of the log crossing, as you can see the left side is pretty much a smooth ride up and over the log with a slight turn to it which should be ridable by anyone choosing not to take the other route. 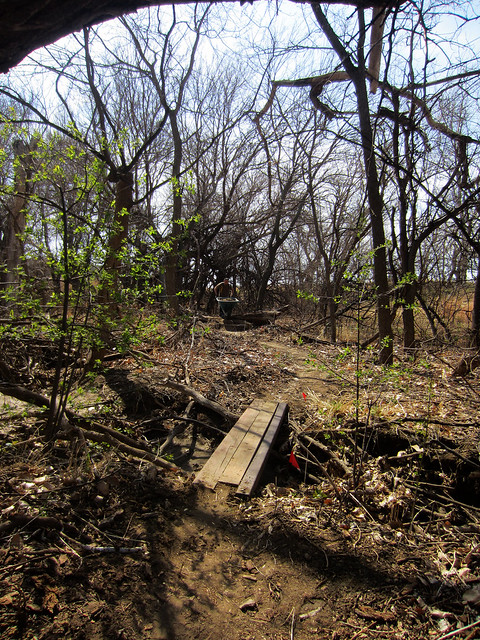 This bridge will eventually be a table top type bridge giving you two options, either build speed and try to clear it in one hop or hop up and ride over it. In the background is one of the log crossings in the section, we were able to get the fully loaded wheel barrow over them with just one person so a bike should have no problem. 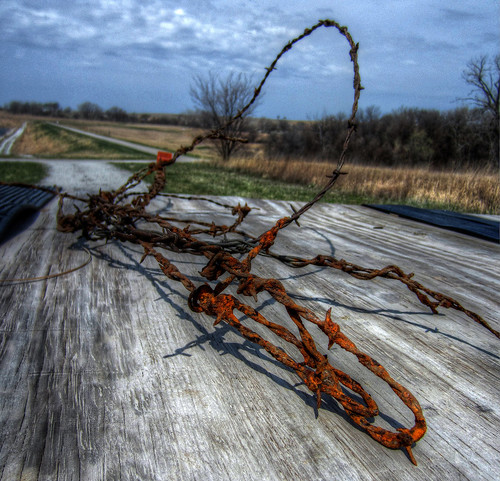 Glad we found this guy before someone found it the hard way, must have been livestock here once upon a time. 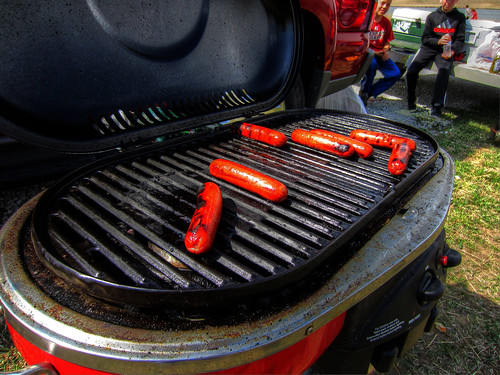 Once all the work was done it was time to eat, drink and stand up wind from each other. I think when the first parts of the trail are done it's supposed to be just under three miles of new single track, I'm pretty excited as it's definitely within riding distance for me but even if it's not for you it should still be a fun trail to ride. Plus it's new dirt and dirt is always good.