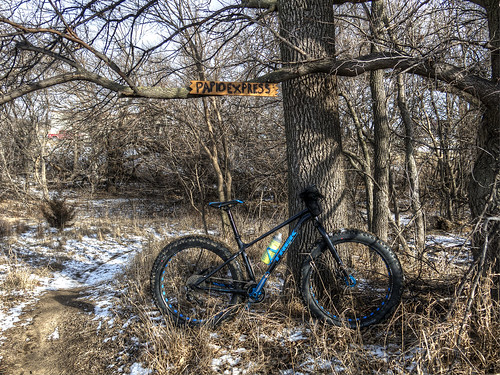 I like bikes, I've bought one or two of them during my time on this planet but because I'm old and cantankerous, I am often reluctant to jump onto the new fad bandwagon as quick as others. I was late to the 29er party, late to the single speed party, so late to that party in fact that it's no longer "cool" to ride a single speed and I'm kind of that one guy that just won't let it go now, and somewhat late to the fat bike party as well. Of all of the "fads" that I've resisted I think the fat bike one might be the one I was actually least resistant to so it has also been the one I've jumped on quickest. While still not as mainstream as the 29er or the 650b, fat bikes are certainly not the niche they were a few years ago now that everyone and their brother is making one and of all the bandwagons I've eventually jumped on it's also the one that has been the most fun. 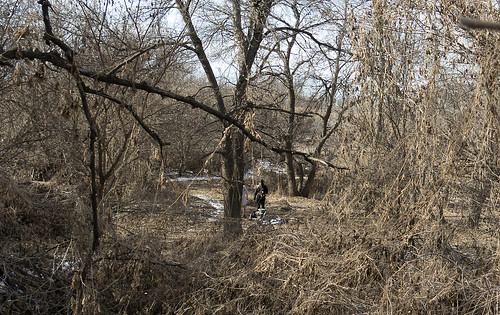 Met up with Tyler at Walnut Creek yesterday for a little single track and then some gravel over to Nebraska Brewing Company. Not sure what it is about semi secluded wooden areas that brings out the freaks but they do, ran across these two women having an odd photo session out amoungst the mud and dead grasses... the one getting her picture taken wasn't wearing much more than a pair of socks and a sweater that barely covered her lady bits, yes I looked... two or three times actually, who wouldn't do a double or triple take when there is a woman out in the woods, in the middle of winter, dressed in only a sweater? I know beavers don't mind the cold but even they usually stay in the lodge when not looking for food. 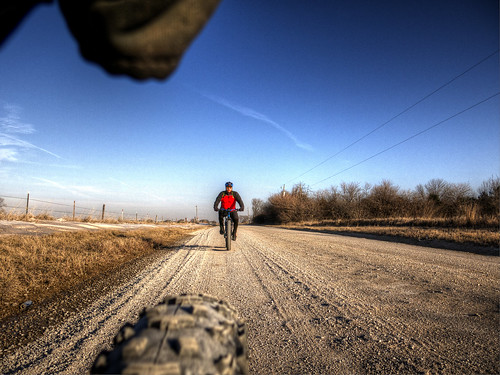 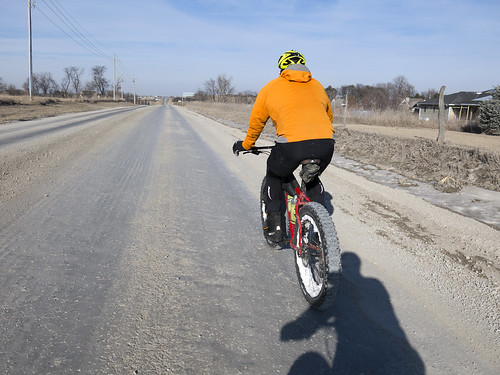 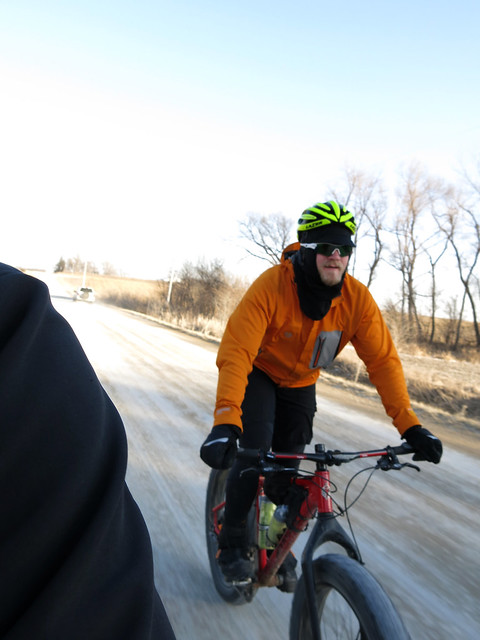 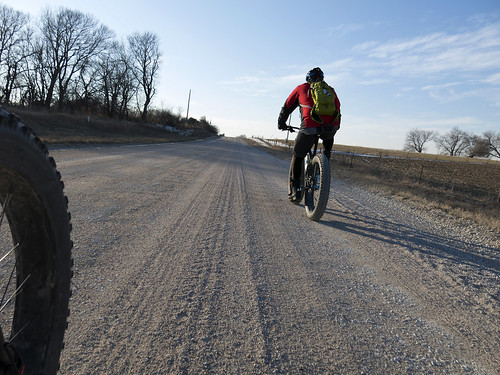 After two laps at Walnut Creek the single track started getting a little soft so it was time to hit the gravel. Big wheel keep on turning, poor thighs keep on burning and we're rolling, rolling rolling on the gravel. 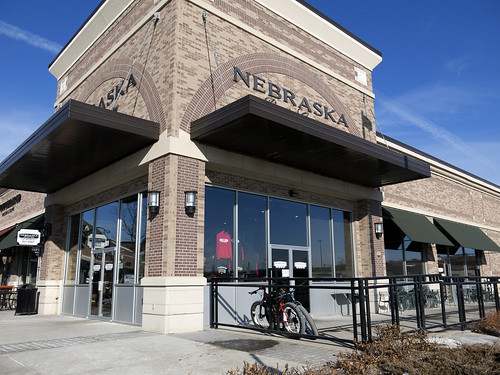 Two laps at Walnut Creek, the gravel and the SMNDFBR on the previous day made my legs super happy to see the Nebraska Brewing Company as it meant less pedaling and more lounging. Watched the end of the Packers game, had a beer and ate some wings before limping home, more in survival mode than anything, legs haven't been this worked since last summer. Fat Bikes are a ton of fun to ride but damn does that extra rubber take a little bit more effort to keep rolling at speed. 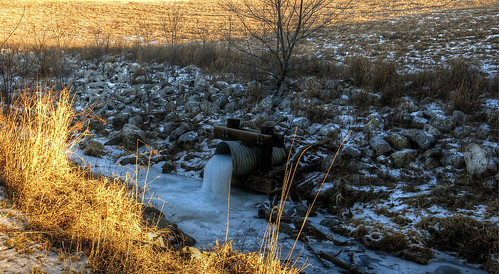 It's been really cold around here lately, forecast is saying that at least for the end of this week that's going to turn around just a bit, supposed to be almost 50 on Saturday. The warmer temps will be nice but it also means all the good dirt will be bad mud this weekend, luckily the Fat Bike chews up the gravel as well as it does frozen single track... not a bad problem to have.
Posted by Rydn9ers at 9:31 PM