Trainers, Turkey and Tidings of Comfort and Joy...

It's been a busy few weeks and the poor blog has been neglected something fierce, if I had any readership at all I'd almost feel bad about that. 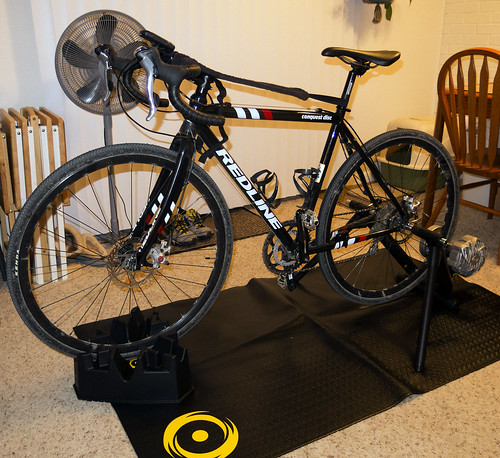 Broke down and finally got a trainer and by got I mean it was an early Christmas present from the best GF in the entire world... although, now that I think about it, is it a good sign when your significant other starts buying you things to workout on or with?!? I do appreciate the gift though, as I get older I've noticed a few things, my desire to get out in and tolerance for the cold is diminishing each year, gone are the days of making snow angels in shorts and a t-shirt in 20° weather. I've also noticed that my tolerance for the smell of Ben-Gay and Old Spice have increase proportionately but probably the weirdest thing I've noticed is that the older I get the smaller my feet have become! At first I thought it was just in my mind but as time has gone on it's undeniable now, I used to be able to look down and see most of my foot, all the way from ankle to toe but recently the amount of foot visible has been steadily decreasing... weirdest damn thing ever and don't even get me started on doctors, I don't care how many fancy diplomas you have on your wall, I seriously doubt your doctoring merits, dude keeps telling me my feet aren't shrinking. Instead the keeps changing the subject, going on about eating better and exercising more. What a quack, how in the hell is eating better and exercising more going to make my feet stop shrinking???? 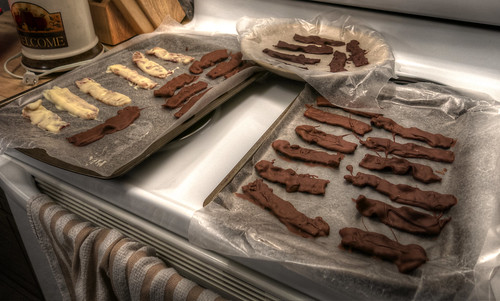 November also brought the annual Turkey Day Ride, I've gone a few years now and have been a horrible guest and haven't brought anything so this year I decided to change that and made some chocolate covered bacon. 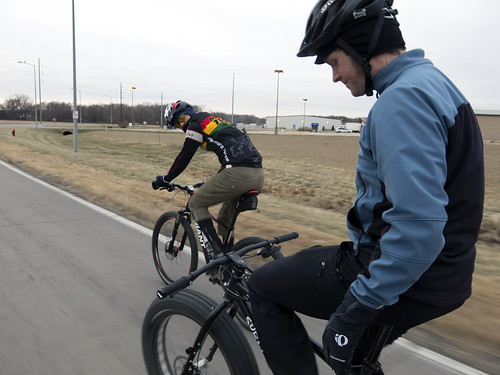 Even though Swanson has moved up to the great white north, the annual Turkey Day Ride has lived on... Swanson even came down and brought his Ice Cream Truck for the ride, that's a whole lotta rubber. 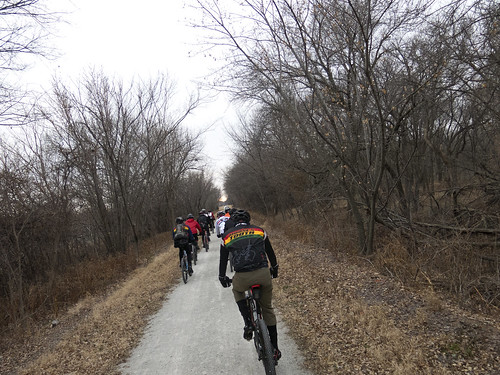 Had a pretty good turn out for the ride, it's always a lot of fun and usually has a little bit of everything. 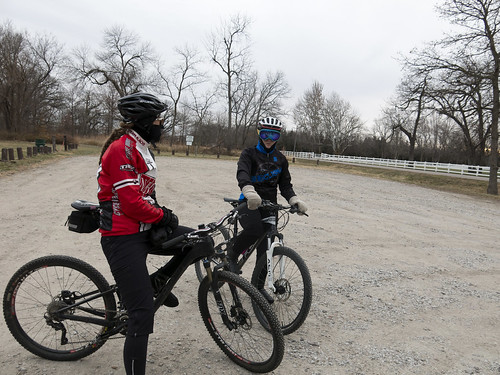 Had some "regular" mountain bikes. 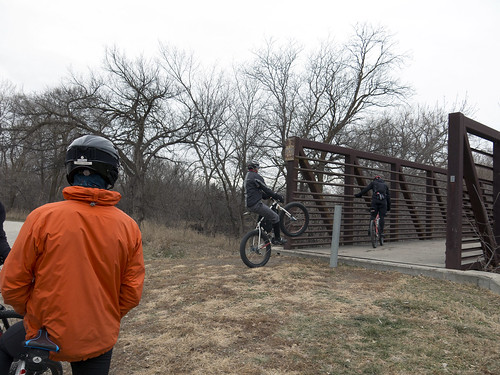 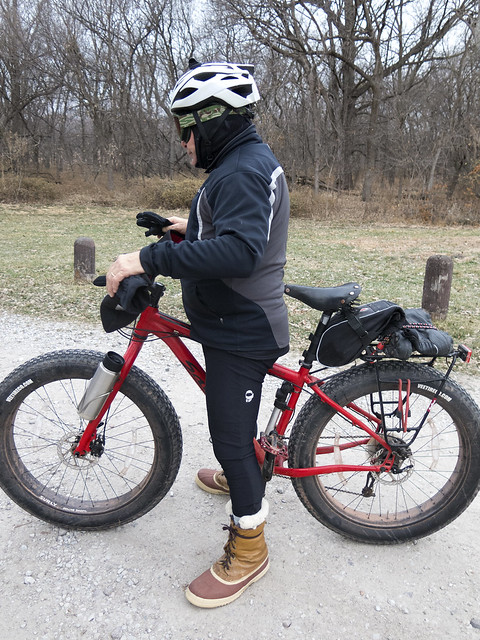 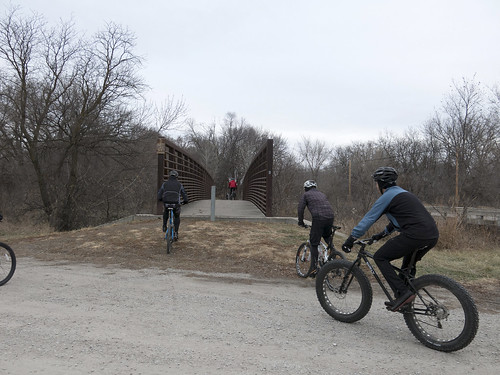 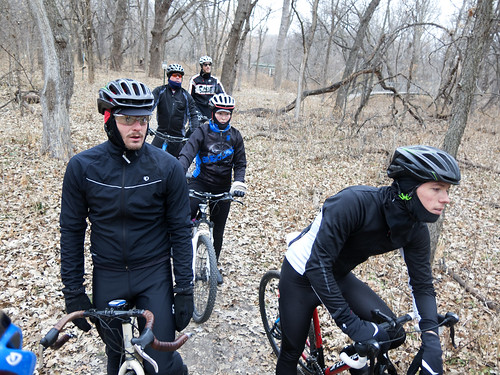 A couple of  those skinny tire dudes elected to ride their cross bikes. 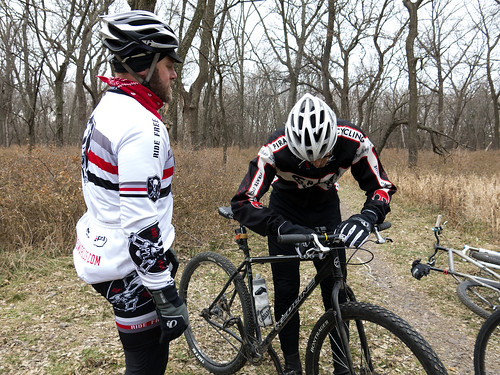 Even had a little trail side maintenance class courtesy of Corey. 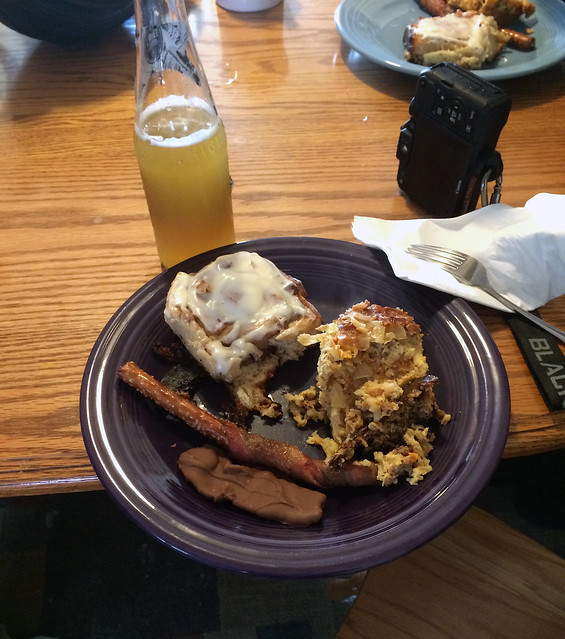 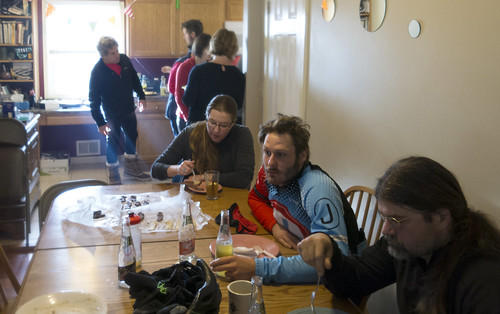 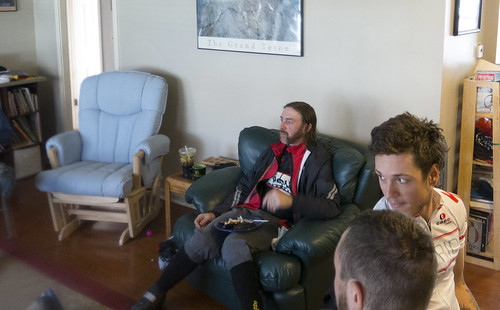 The helmet hair was pretty amazing by it's own right as well, I guess that's what happens when you need to get all bundled up for the cold. 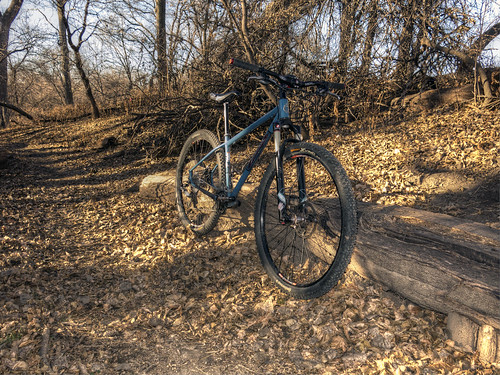 Managed a ride on Friday also, fewer pictures but a lot warmer temps. Didn't get out at all on Saturday even though it was the day I should have gotten out since it was in the 70s and the warmest one of the entire weekend.

I Did get out again on Sunday for a ride with Tyler out at Platte River State Park, unfortunately with the wind it was even colder than Thursday... I must be a glutton for punishment. 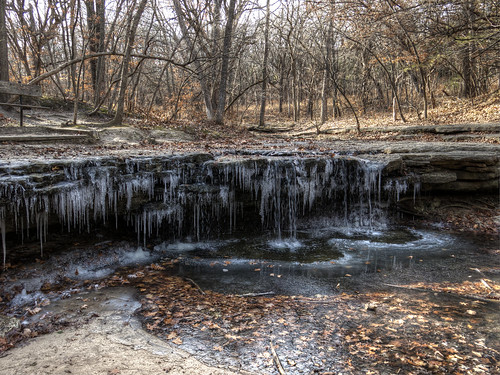 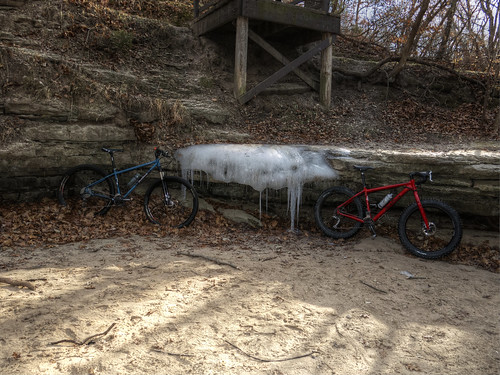 Frozen water fall and ice chunks were kind of a cool bonus for braving the bitter cold. Hopefully we will get a repeat of the weather pattern for Christmas, 70s in December would be nice.