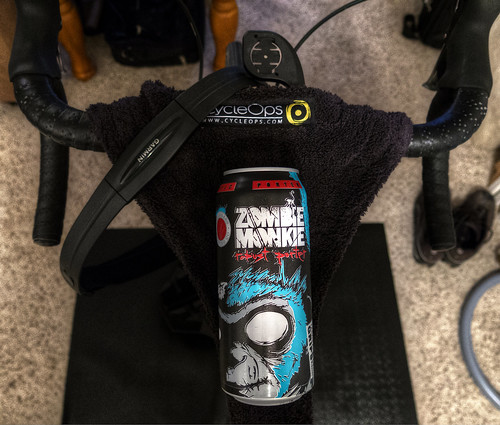 As I said in an earlier blog, I was gifted a trainer earlier this month and I was and still am pretty excited about it as there are going to be days where it's just too cold and nasty out there to get much of a ride in... that and when you're on the trainer you are always just a few steps away from the cold beer! 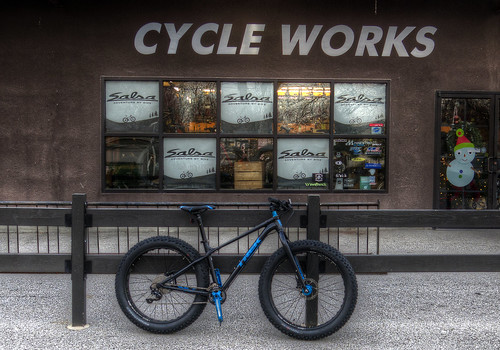 I figured I'd be doing a good portion of my riding inside this winter if it ever decided to snow but then I picked up this bad boy, because I have the most amazing and understanding GF in the entire world I didn't even have to talk her into it all that hard. Of course I sorta have been wearing her down a little at a time over the last 2 years. It did result in me needing to sell one of the other bikes in the stable due to space limitations and to an extent it always helps to have money from the sale of one bike to fund the purchase of another. However it is hard selling a bike as it's almost like selling off one of your children, but it's a bike that I just wasn't riding all that much and it's a bike that definitely deserves to be ridden. Hopefully the new owner will ride it often and give it the love it needs. 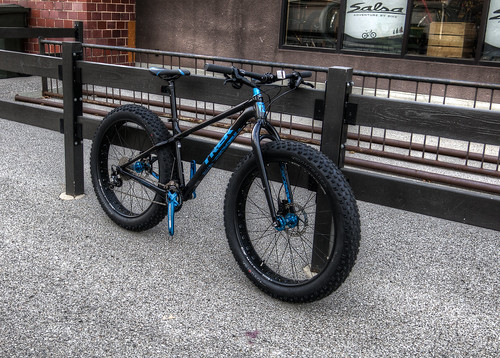 As for the new bike, I've only had it out for one real ride but from the initial impressions I thinks it's going to be a blast to ride. I still need to dial in the P.S.I. on the tires but the bike seems more mountain bike like in handling and feel than most of the other Fat Bikes I have ridden and to be honest it doesn't seem much slower than my single speed but more testing is needed to verify or dispel that feeling... either way, it's going to be a fun winter.