Had another trail day today down at Walnut Creek, it's really starting to come together and once we can get some bikes through there I think it will get even better. 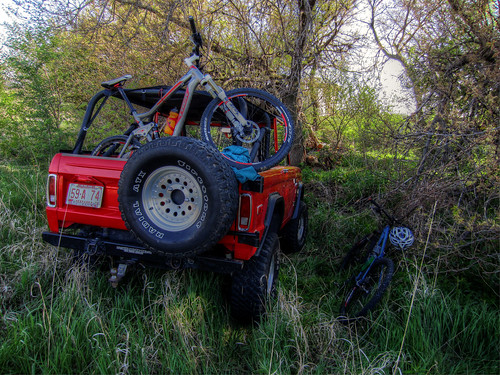 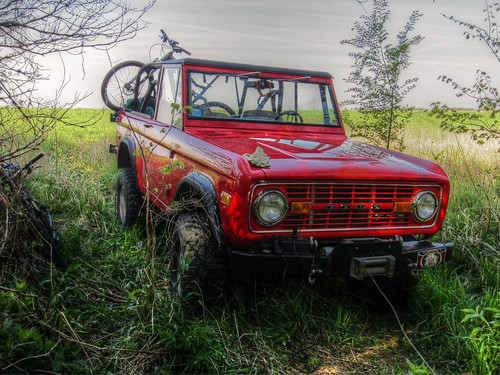 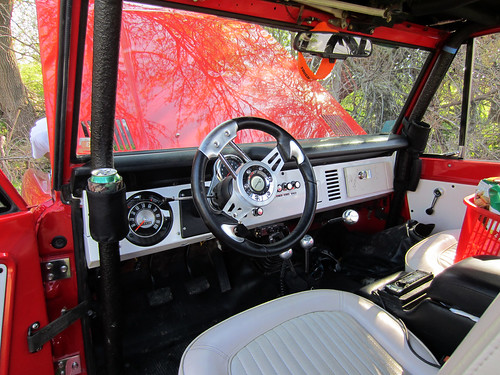 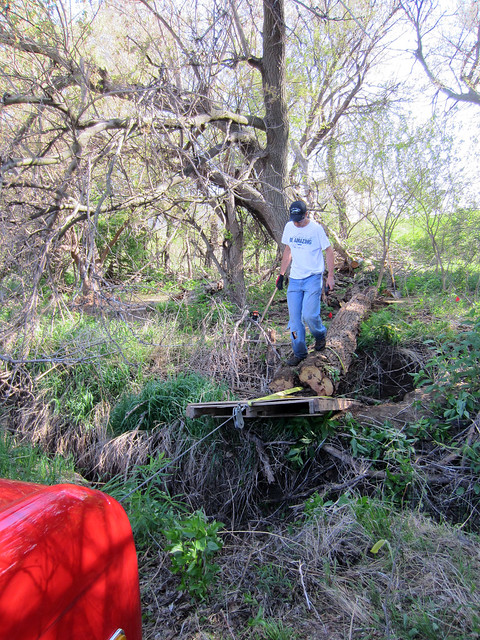 Wasn't much of a crew today just two of us but Jeff brought down his awesome older Bronco so we tried hauling out a fairly large tree that is destine to be turned into a log feature. 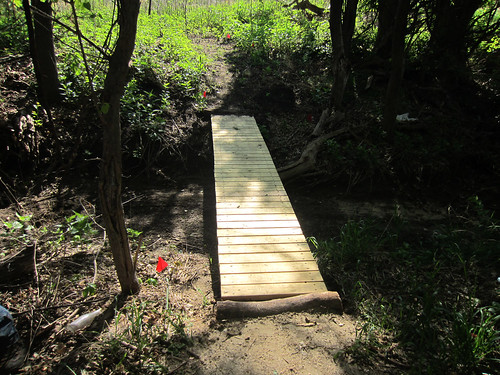 The permanent bridge is in now and it's rock solid. 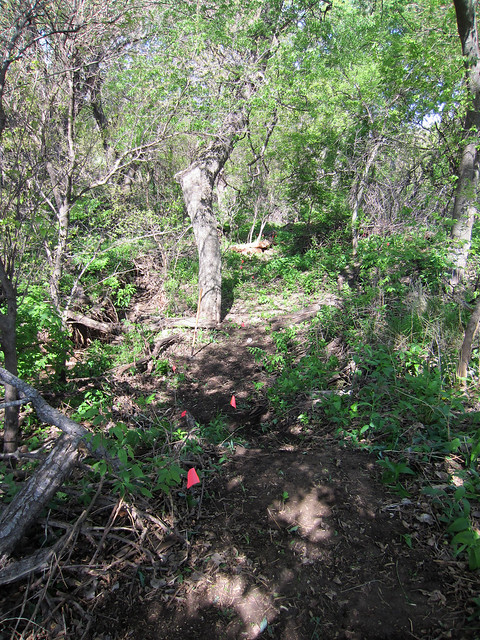 Added a new section of trail, still needs some work but I know it's ridable because we rode the entire loop once we finished with the dirty stuff. 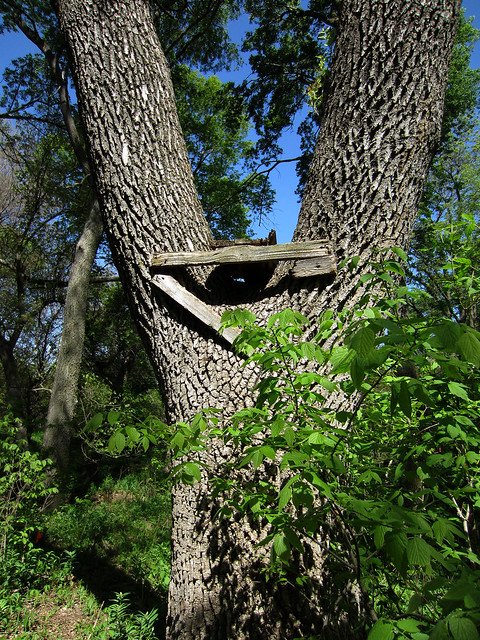 Remnant of an old deer stand, most likely from when Omaha didn't quite stretch this far out. 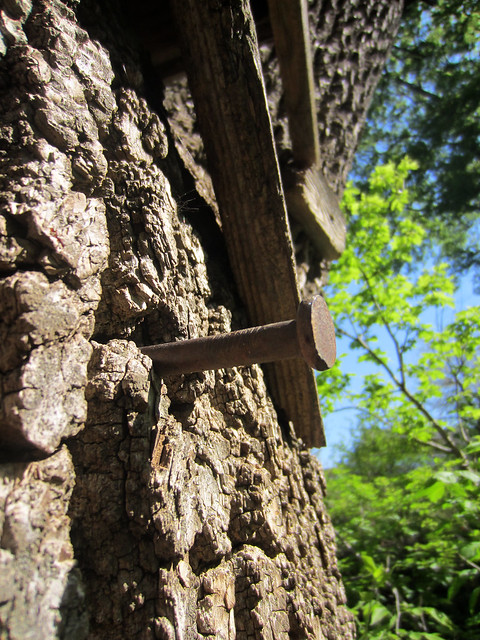 Those are some big nails, they look secure in the tree but I don't know that I'd want to climb on them with wet or muddy hunting boots, they'd make a really nice gouge in the shin when you slipped off I suspect. For the most part the trail is in at Walnut Creek now, just waiting for the official word so that we can get some wheels rolling and packing things down in there, should be a fun little trail.
Posted by Rydn9ers at 2:38 PM