Hot should be a four letter word


One thing we've had plenty of around here lately is oppressive heat, we sort of just came out of a "cold spell" if you count mid to upper 90's as being cold but to be fair it wasn't in the triple digits like it has been for most if not all of the rest of July. Hydration has really been key this summer to surviving outdoors, wearing a hydration pack when the temps are in the 100's with heat indexes as high as 115 is never fun but it's a lot more fun than heat induced delirium... or is it?

Tried to get out early this morning to try to beat the heat a little, figured I'd try to get in a longer ride than the normal rides I've been going on. Had been waiting for this heat to break but since there is no end in sight today was as good of time as any. It seems like I am not the only one who has decided that waiting the heat out this summer is just going to prevent you from getting outside, the longer the summer goes on the more people there seems to be. Headed down the Jamaican/Homestead trail, would have been nice to take it all the way to Beatrice and see the new section but with the heat and lack of time I decided to just head out for at least a 40 miler and see how I felt. One of the nice things about the Jamaican/Homestead trail is that if you get out early in the morning or later at night you generally get to see a fair share of wildlife... like this: 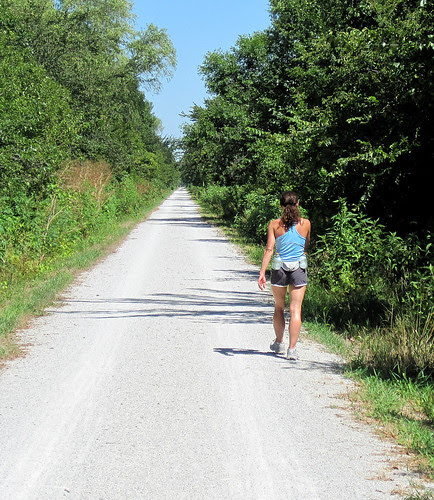 Managed to make it just a little bit past Princeton before I decided to turn back due to the amount of water I had left vs. the amount it took to get out there. As I was out there I snapped a picture of the Cog in the same place that I had taken a picture of it 2 years ago when it was fairly new... it's amazing how much has change on her in those 2 years. 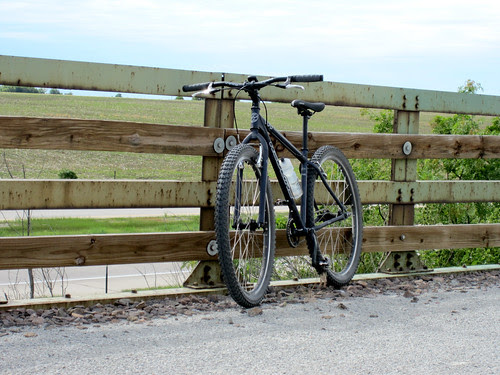 The way she looked 2 years ago, this picture was taken in early June 2010. 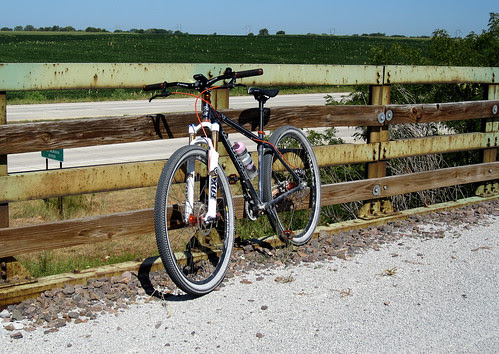 This is how she looks today.

Looks like we are in for a long, hot, dry summer as there isn't much relief or chance for rain in the 10 day forecast as of today. It really wouldn't be so bad as far as I'm concerned if the wind would die down to normal August levels instead of constantly being 15 mph+ for the entire summer.