So light, so fast... so pricey

Cycle Works put on a demo day over the weekend with Giant Bicycle Company out at Wilderness Park. Up until this year I had never owned a Giant bicycle... Giant brand, not to be confused with the size of the bike... but after buying the Anthem 29er late last year I am sold on Giant as a good quality bike at a reasonable price, so I put the date on my calendar so as not to miss the chance to ride a few bikes I'd have to sell a kidney or three to obtain. 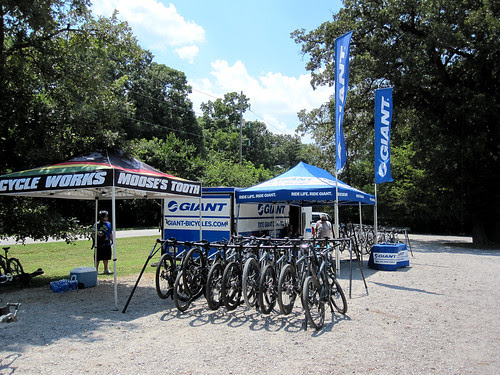 It was a great setup with lots of sweet bikes to test out, learned a couple of interesting things while testing the bikes, the first one being that test riding bikes is much more fun and less pressure than test driving a car. That might have something to do with the fact that these particular bikes are just for riding and not for sale, matter of fact they seemed to be the ones that the Giant team uses to race with since they were labeled with someone's name... unless Giant is into naming their bikes. Which brings me to the second thing I learned, I am apparently the same size as the average Giant racer... albeit female racers apparently, not sure who Nancy or Amiee are but thanks for the use of the bike... doh! 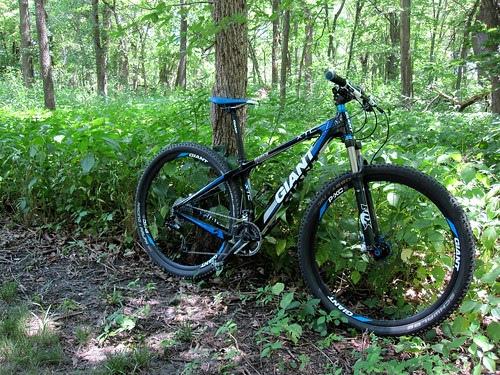 The first bike I rode was the carbon XTC 29er, super light, super fast and just plain down right awesome bike. If I had $3,700 laying around I'd be awfully tempted to pick one of these up at the LBS, it would fit nicely with the other 5 I already have. I am still a little leery about a fully carbon framed bike especially since I am not jockey sized, I fully understand that these feelings are most likely completely unfounded as they use carbon fiber in most aircraft manufacturing, what little bit of G-forces and stresses I'd put on the frame surely can't be anywhere near what an airframe goes through... but still. 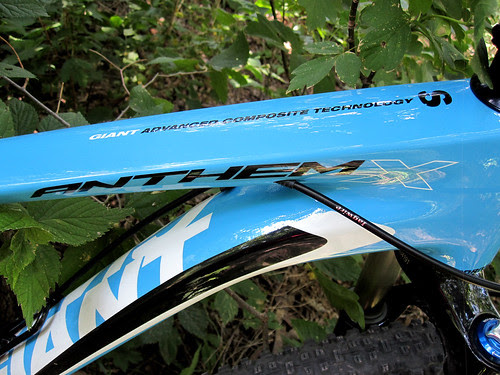 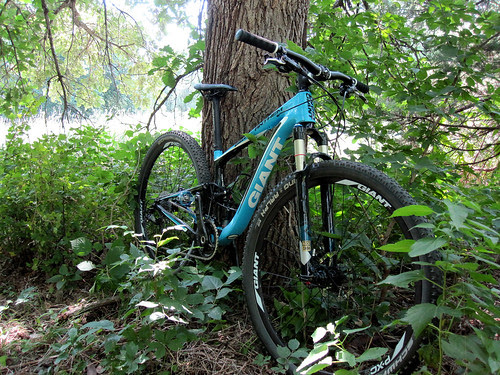 The second and final bike I rode was the carbon fiber version of the Anthem 29er, the big brother to my aluminum model if you will. I was not crazy about the color scheme, which seems like a nit picky thing but when you are dropping the kind of money it takes to ride home with this type of bike it might make a difference to some. I really loved this bike but this one is way out of my price range, hell depending on the setup this bad boy might cost almost as much as my car, as this one sat I believe it was in the neighborhood of $8,000... talk about sticker shock.

While the bikes where out of my price range I still had a great time riding them through the single track of Wilderness Park with nothing more than a smile, a friendly hello and my drivers license; try that with a high end sports car sometime and see how fast they boot your ass out the door. I rode both bikes in a small frame size, I generally opt for the medium size as I am one of those in-between heights; as it turns out having rode these two frames I think I need to really reconsider the frame size of my next bike. The small size just seemed to feel more natural, the problem with this is that I generally buy bikes if I happen to find one I like that is on sale or clearance right before the new models come out, finding a medium in this group is usually challenging, finding a small may be next to impossible. Looks like I might have to save my pennies a little longer and skip the clearance... curse you geometry.
Posted by Rydn9ers at 11:19 AM