Hope everyone had a great St. Patty's day weekend, it definitely was one of the nicest ones in recent memory weather wise. I hope everyone managed to get out at least for a little bit. Talked the kids into a ride on Friday evening, the male child acted like he had never seen a bike before... whose kid is this anyway. :) 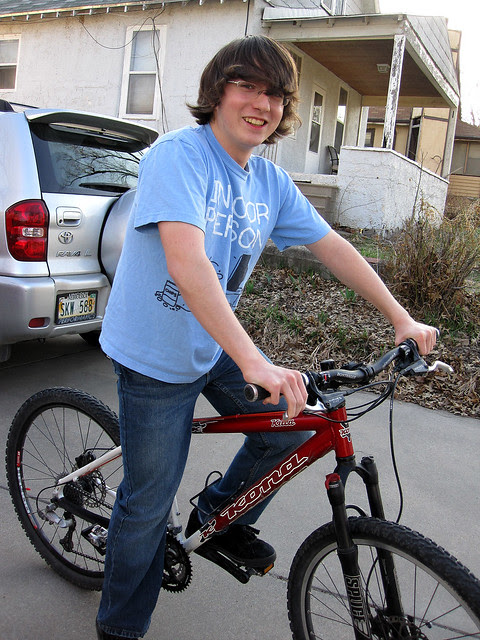 We almost never made it out of the driveway, between his seeming lack of ability to figure out how to propel himself forward and my laughing hysterically at him. 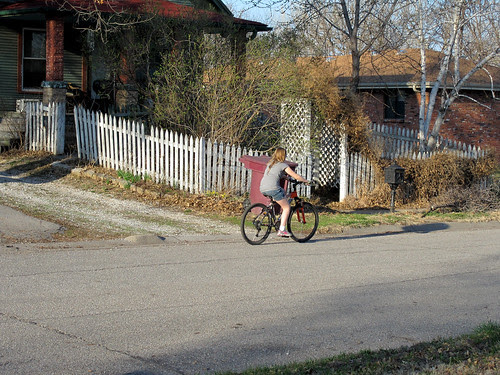 Ash on the other hand didn't seem to have any of the same issues and was off like a flash. 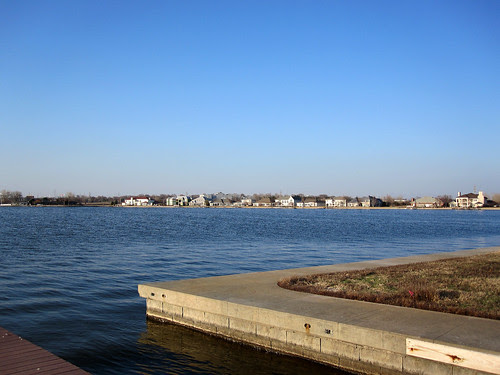 Rode down to the lake to see how the other half were living, I don't know if they are any happier but the view sure is better. 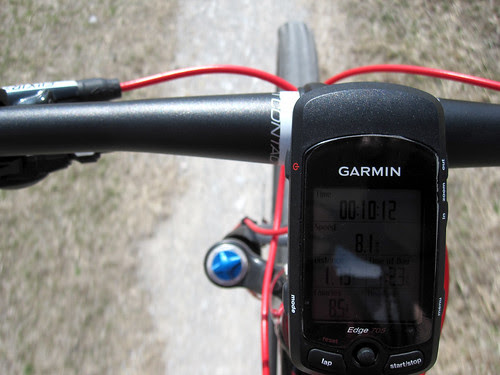 Made it out for a ride on Saturday as well, since it was fairly windy I decided to take the Anthem through Wilderness Park... getting there wasn't a whole lot of fun as it was straight into the 20-25+ mph wind. As you can see 8 mph was about all I could muster for the most part and even that was a struggle when the gusts would hit. 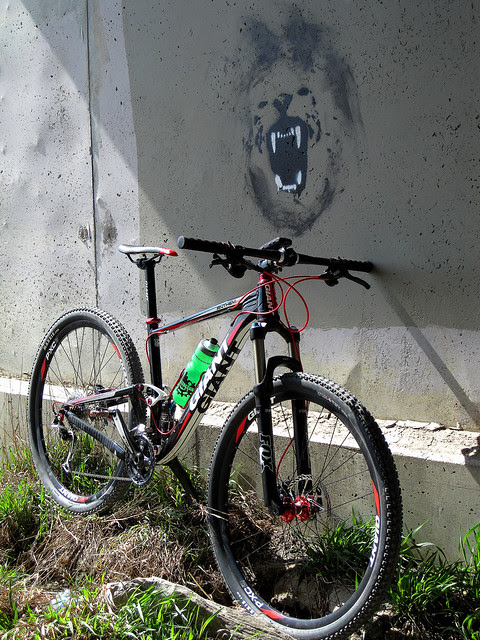 Found some new urban art while out riding, this one seemed to fit the wind, both were beasts! 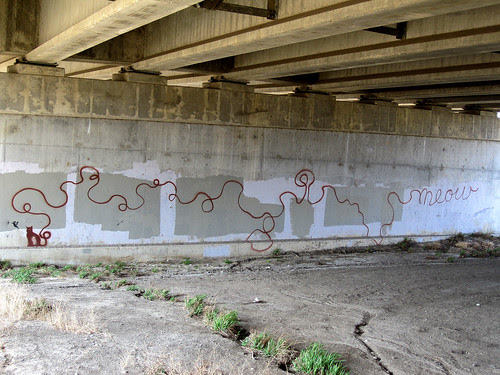 Next to the beast was one of those cats that are all over town, only this one had a very, very long and talented tail, it could spell "meow". 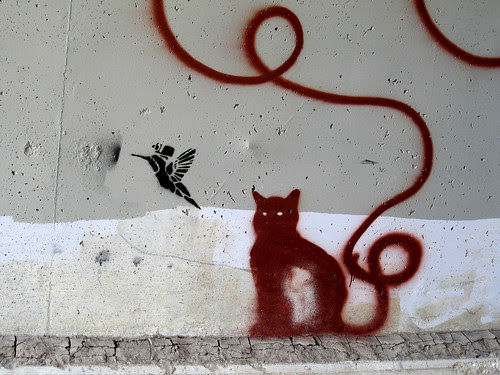 Next to the cat was a hummingbird with what looked to be a top hat, I like the look of these three but they are obviously stencils so they would have to have points deducted do to lack of difficulty to produce. Park was in great shape, as long as we don't get any significant amount of rain on Monday they should be in really good shape next week as well. It's almost crazy how dry they are already for it being only March. 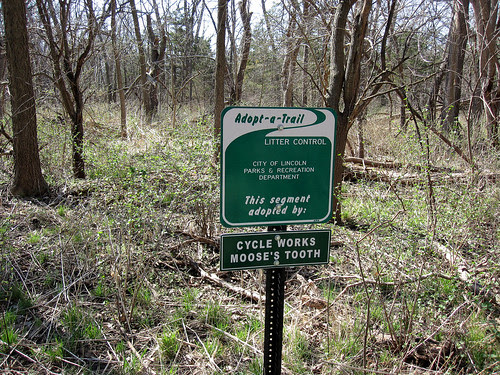 Noticed a new sign in the park today, didn't realize they were doing the adopt a trail in Wilderness, makes sense if you think about it since the trail isn't any different than the other city trails except it's not paved and if it helps keep the trails free of litter it's a win/win. Hope everyone had a great weekend, weather wise it's supposed to cool down a bit for next week... if you consider mid 60s a cool down but in all actuality 80s in March is a little too early for that kind of heat as far as I'm concerned.