Temps are starting to warm up again after a few weeks of colder temps, unfortunately the mornings are still as chilly as they have been but it won't be long now and warmer day will be here to stay. 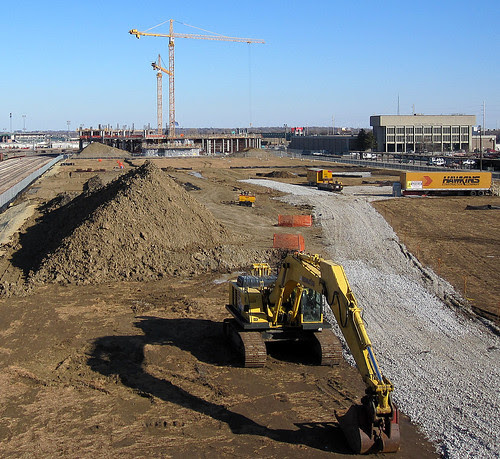 Work on the new Pinnacle Arena is coming along, it's almost starting to look like something more than a pile of dirt. 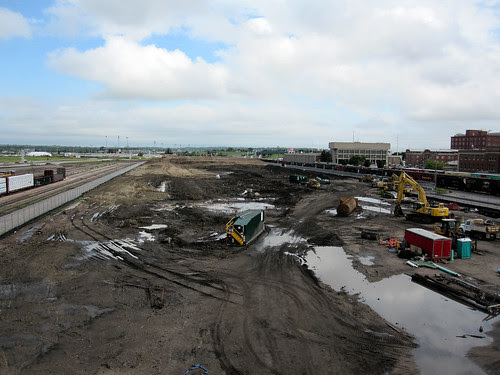 Here's what it looked like back in July, tracks moved and dirt groomed. 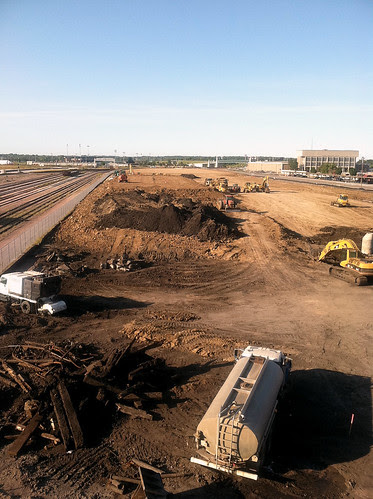 Here it is in September, not much progress still just a pile of dirt pretty much. 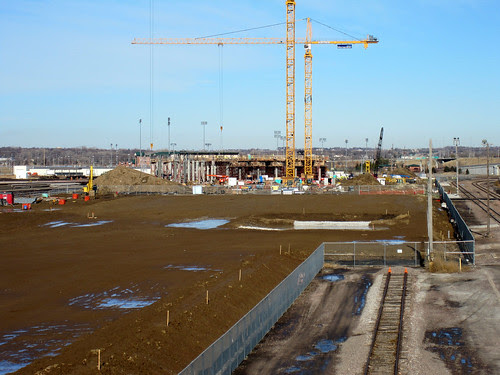 Lots of work was done by December, it's almost distinguishable as what it will be. It's come along way in the last 8 months, aside from the insane traffic that it's going to create it will be nice to not have to go all the way to Omaha to see a decent concert. The arena isn't the new construction going on in the Haymarket, a new motel is going up as well but at a much faster rate. Lots of construction cranes in the downtown area for sure, the face of Lincoln's skyline is changing. 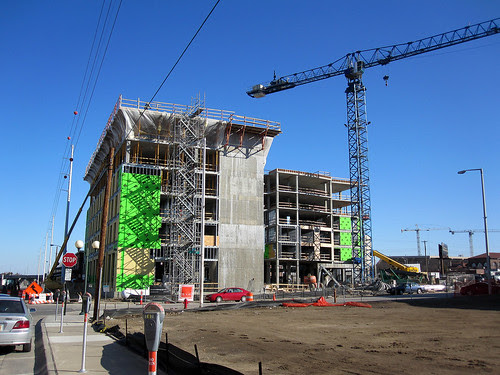 After breezing through the Haymarket I decided because of the wind to stay on the north side of town, heading east/west to try to avoid heading due north into the teeth of the beast. I have to say I remember them closing Holdrege rd. bridge in 2008 shortly after the massive bridge collapse in Minneapolis but I didn't remember seeing anything else on the bridge... apparently they decided to tear it down in 2009 and build a pedestrian bridge in 2010. I guess that shows how long it's been since I traveled the bike routes on the north side. The fairly new Holdrege rd. pedestrian bridge in all it's rusted glory. 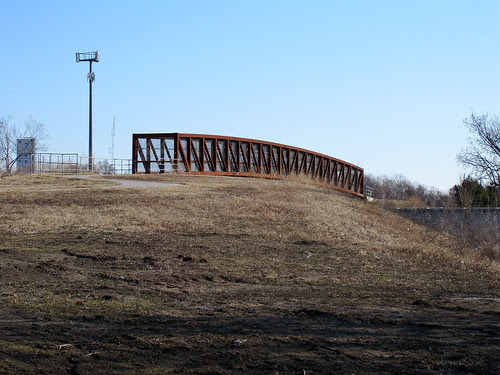 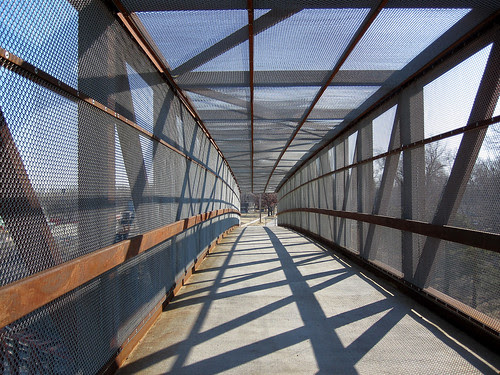 I decided to take the John Dietrich Bikeway, which winds through northern Lincoln following the train tracks along Cornhusker Hwy for the most part. 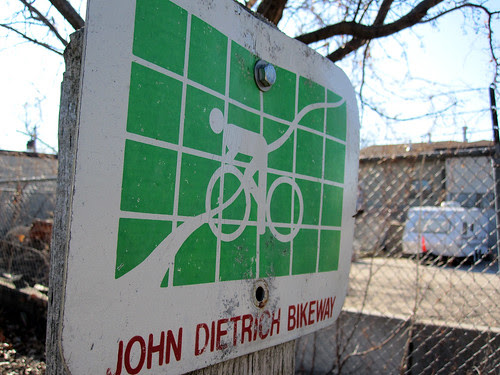 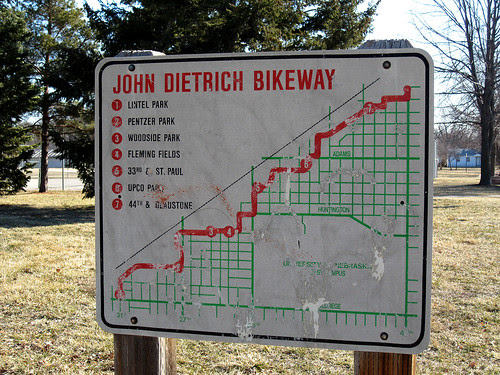 It's a nice trail, almost as nice as any of the trails in town even those on the south side of town but one thing I have always noticed about the Dietrich is how devoid of traffic it seems to be every time I am on it. On the bright side it does mean less people dodging and nothing but the blissful hiss of tires on pavement, leaving you alone to clear your mind and hit the proverbial reset button.

On a side note, I picked up some new winter shoes and some Woolie Boolie socks from Adventure Monkey when they were practically giving them away. Between the shoes and the socks my cold feet problems are a thing of the past, I have to say cold weather riding is a lot more enjoyable when you can feel your feet. 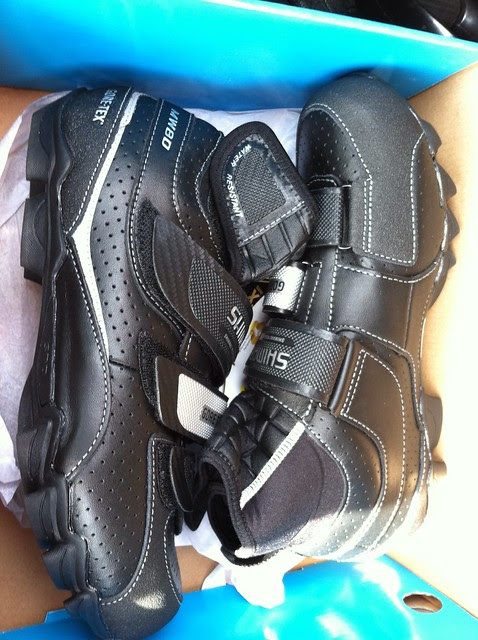 Great pair of shoes for keeping your feet warm on the colder days. 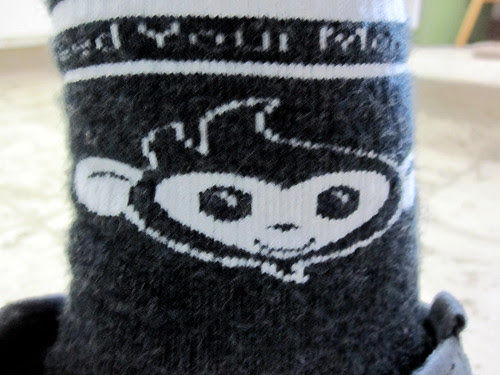