Fifty Five on the Fourth 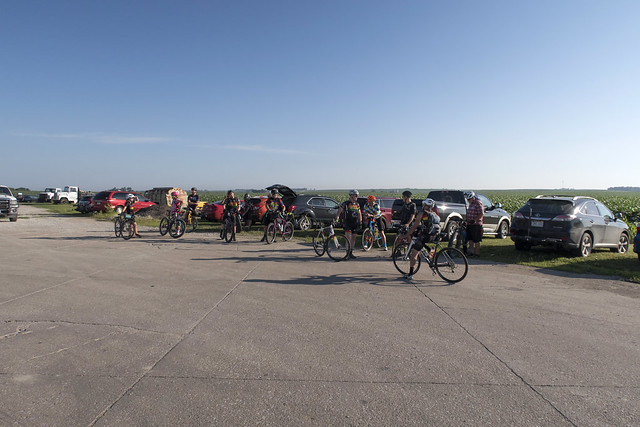 Normally this time of year we would have all made the pilgrimage to Seward for the annual Firecracker 50 ride but this is not a normal kind of year in any way, shape or form and as such, there wasn't a Firecracker 50 on the calendar. 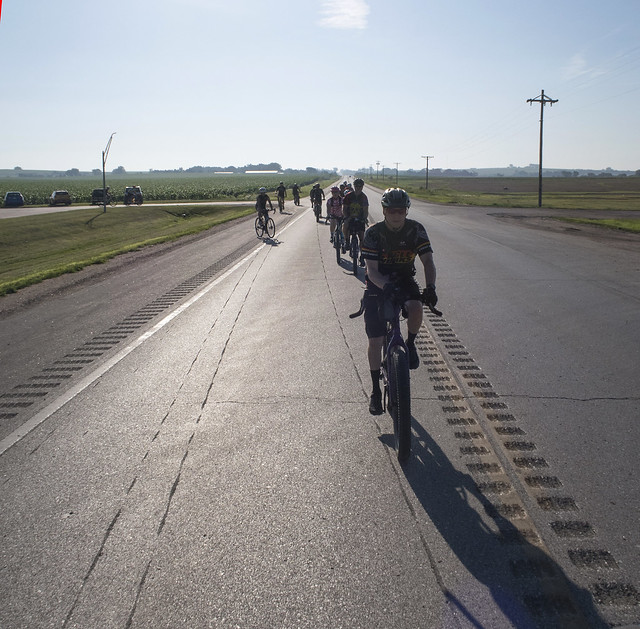 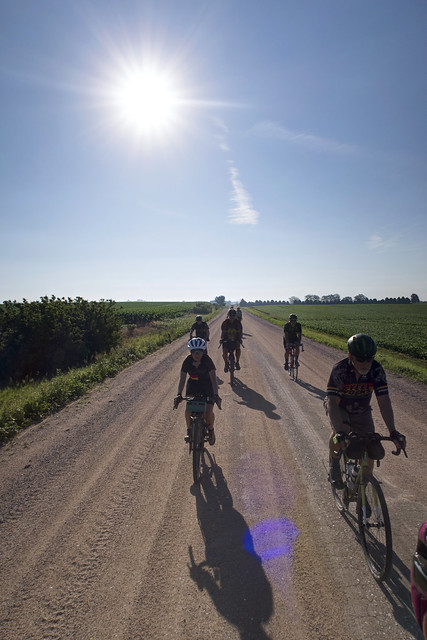 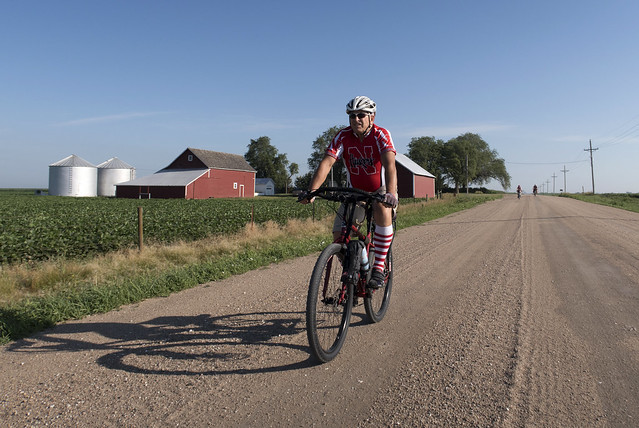 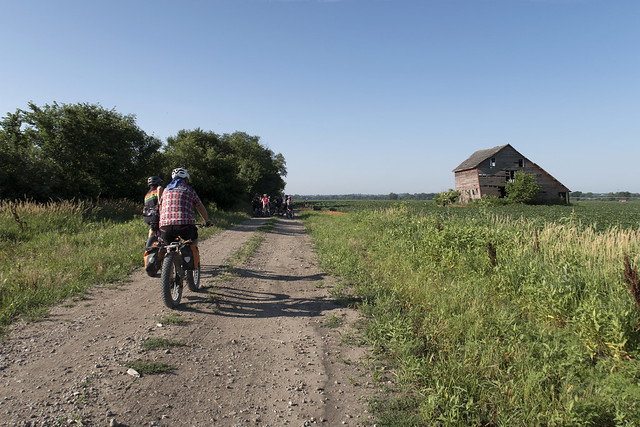 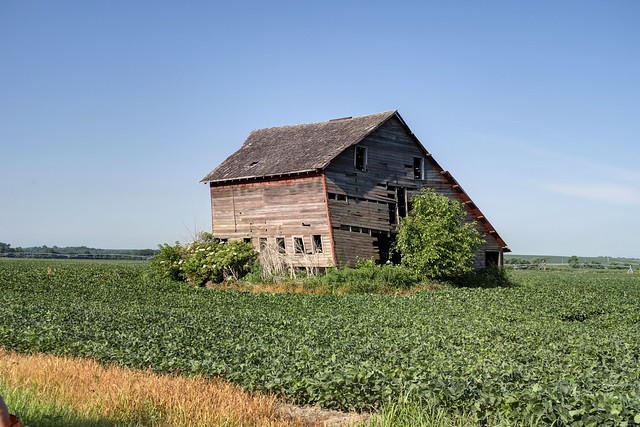 While I missed the tradition, not having the usual event meant that we could do our own thing and for the Omaha people that meant a little less driving. As it turned out, it also meant a fairly flat route out of Mead Nebraska was on the menu for the day. I know a lot of folks like their hills but a flattish course isn't bad either once and again. 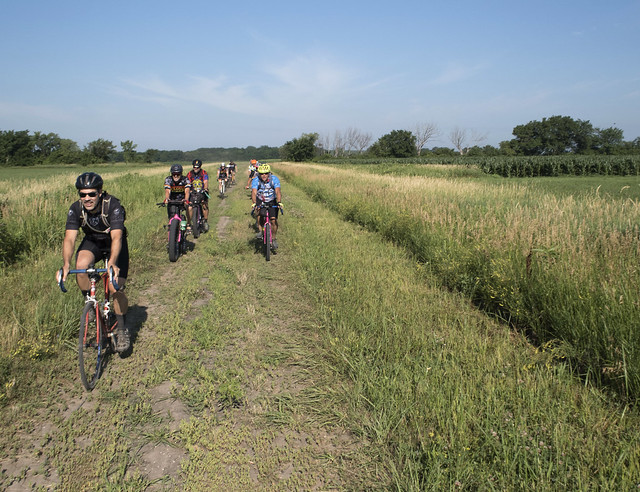 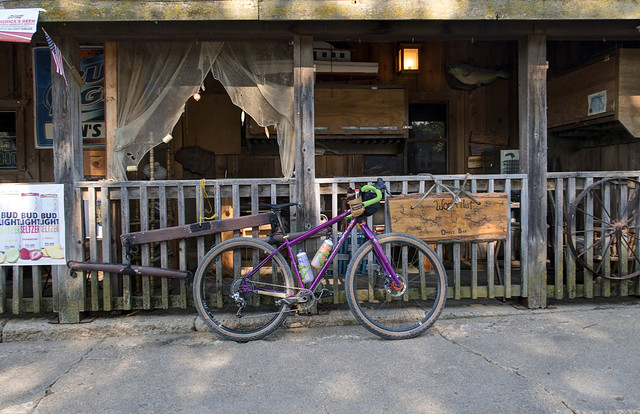 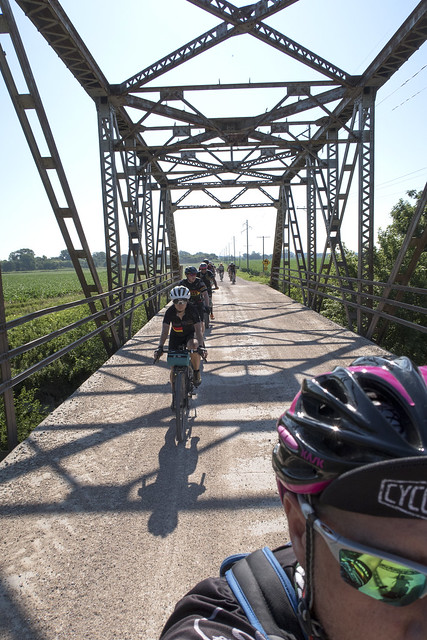 A new start location meant some new views and some new roads, some of them were familiar but most were new to me. Parts of the Groveler and Heatstroke 100 share some of the roads we were on, so those I recognized right away. 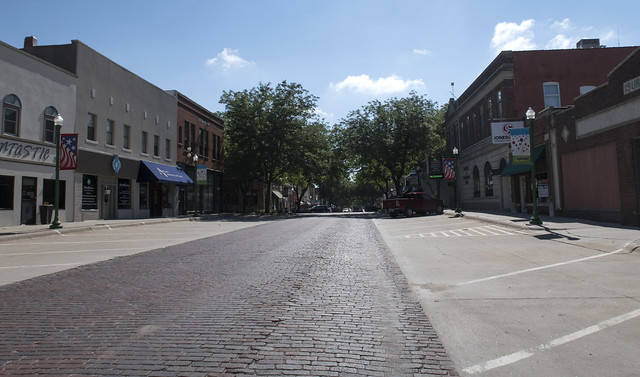 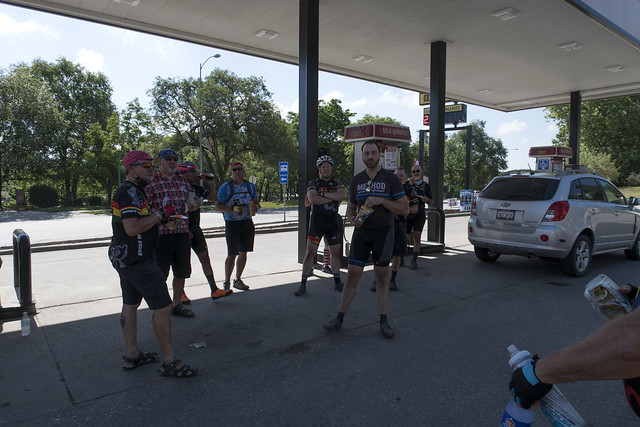 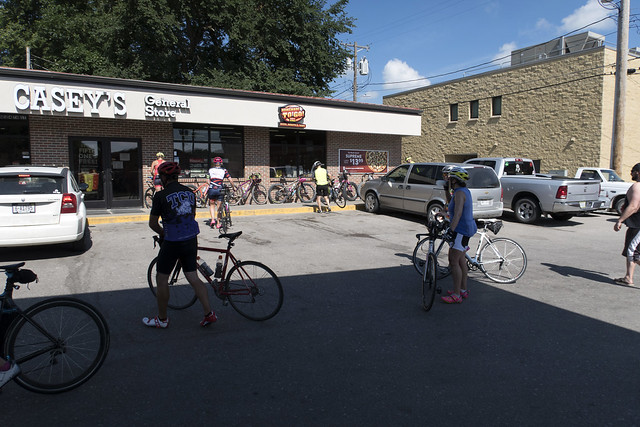 Stopped at the Casey's in Ashland to refuel and hang out by the fuel pumps huffing fumes. Don't knock it until you try it, pizza and unleaded go together like kittens and rocking chairs. As we were milling around, a group of road cyclist converged on the Casey's as well, it was like Bike-ageddon. Everywhere you looked, here a bike, there a bike, everywhere a bike bike... some might call it a mess but I think it was a lot like heaven or at least how I hope it to be when and if I get there. 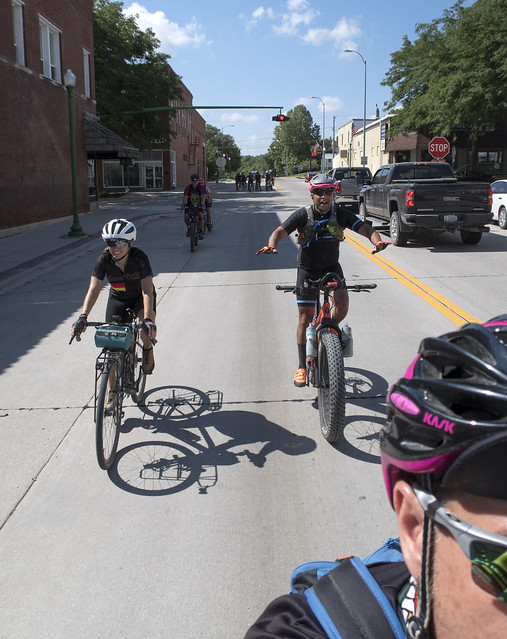 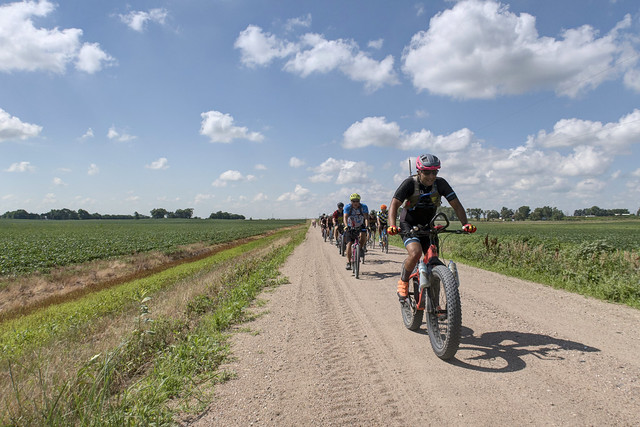 To avoid a rumble with a "rival bike gang" we let out for more gravel goodness, not to mention the lot was getting a little full and automobile folks were starting to look at us funny; more than normal. 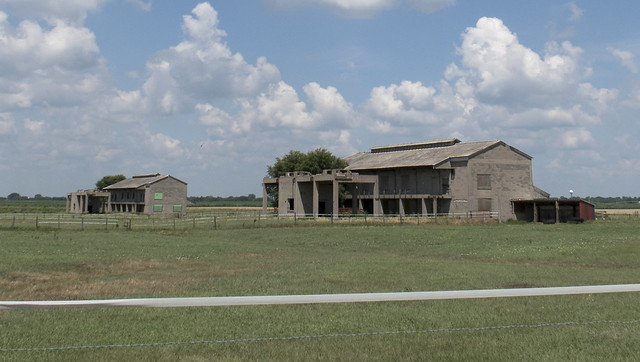 Speaking of rumbles, we also rode past the former Nebraska Ordinance Plant, that was operated by the US Army from 1942-1962. In it's day it spread out over 17,250 acres or roughly 27 square miles (that's a lotta dirt folks) and produced bombs for WWII, The Korean War and in the 60s before being decommissioned it even produced intercontinental ballistic missiles (ICBM or nuclear missiles) for Offut Air Force Base. Quite the history for a very unassuming piece of land in the middle of nowhere Nebraska and kind of fitting that we would ride by a place that produced things that went boom before we spent the night watching things that went boom in the night sky. 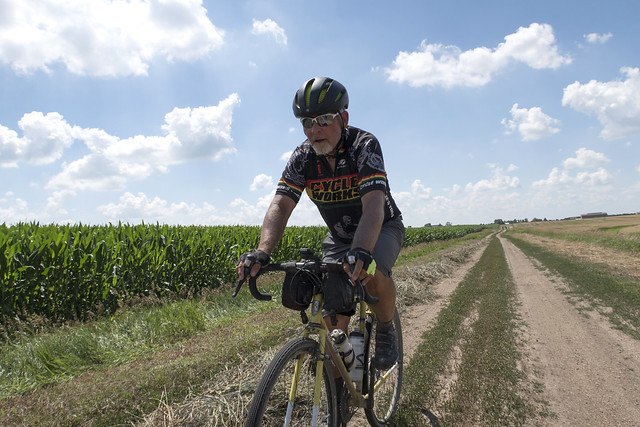 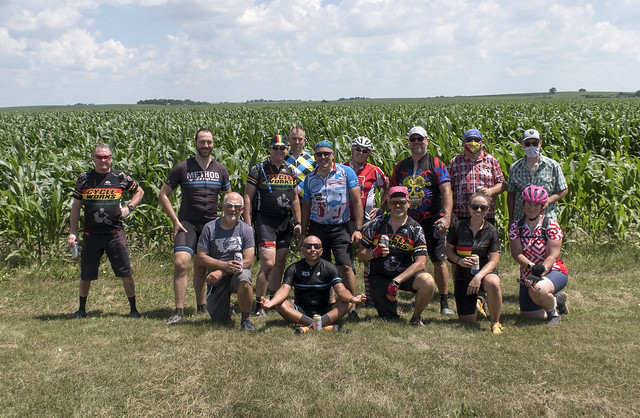 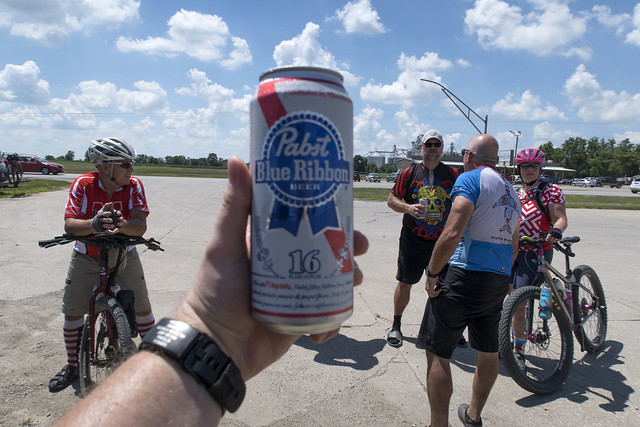 A few more miles and the main part of the ride was in the books and it was time for a cold adult beverage. 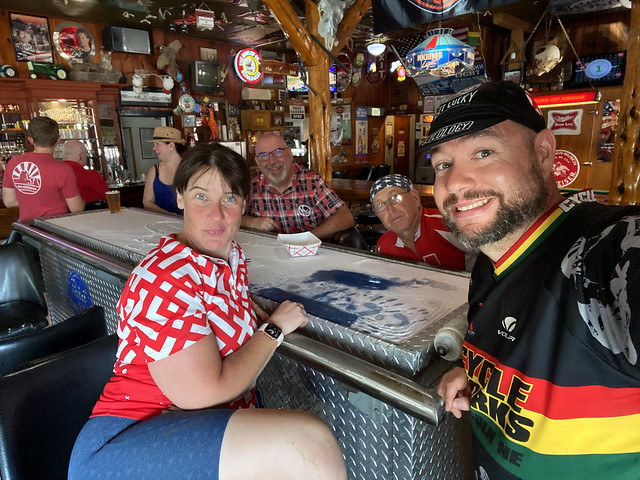 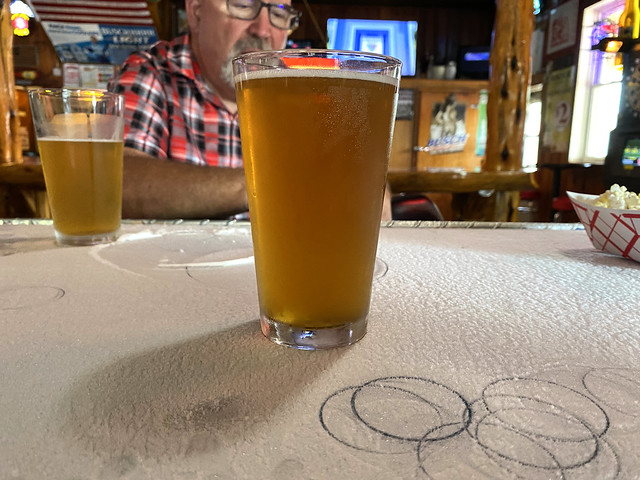 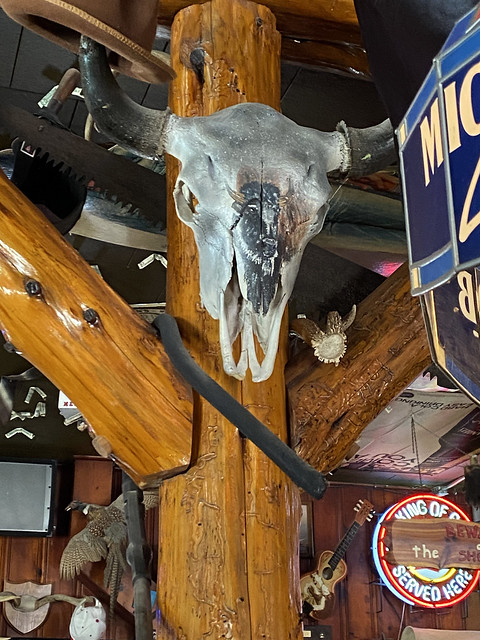 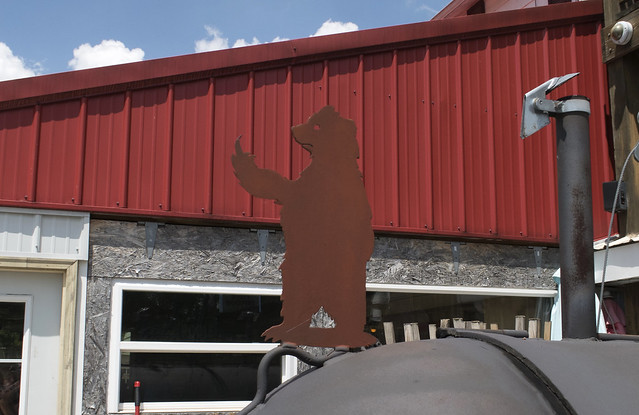 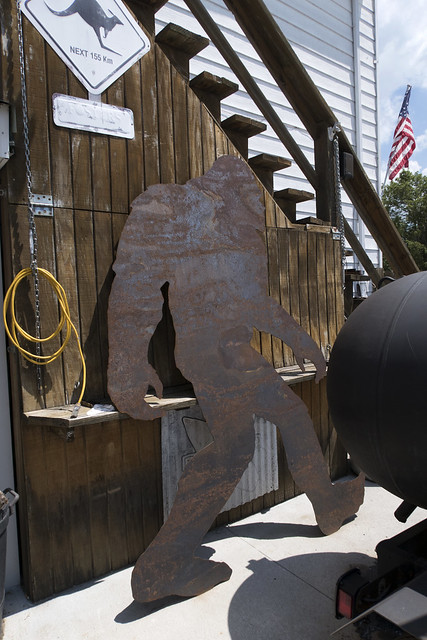 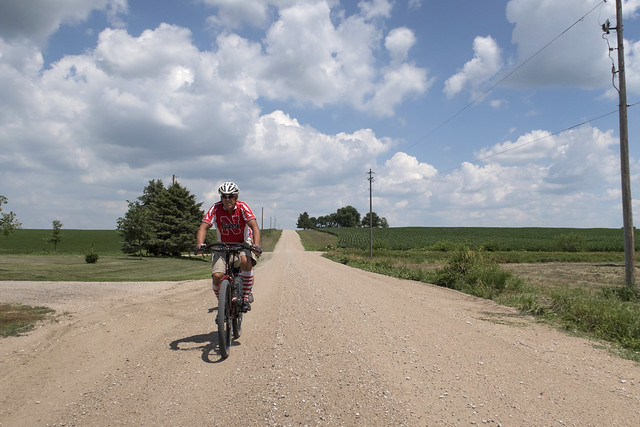 A few of us who had a little more time to kill headed on down to the Rusty Rooster in Yutan to get in 55 miles for the day in honor of Randy Gibson who was killed a few years back on his bike. He would have been 55 on July 3rd.