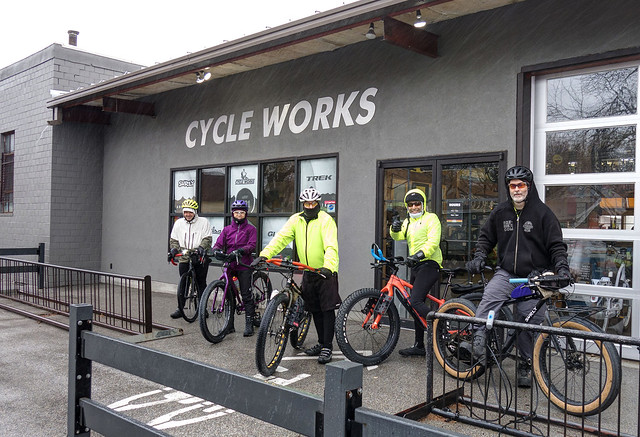 Went to bed Friday night expecting to wake up to rain and wondering if we were going to have a ride; woke up on Saturday to dry conditions with 0% chance of rain in the forecast. Now not all of the precipitation was removed from the forecast but it was supposed to just be snow starting around 9:30 am and snow we can do, so I loaded up the car and headed out. 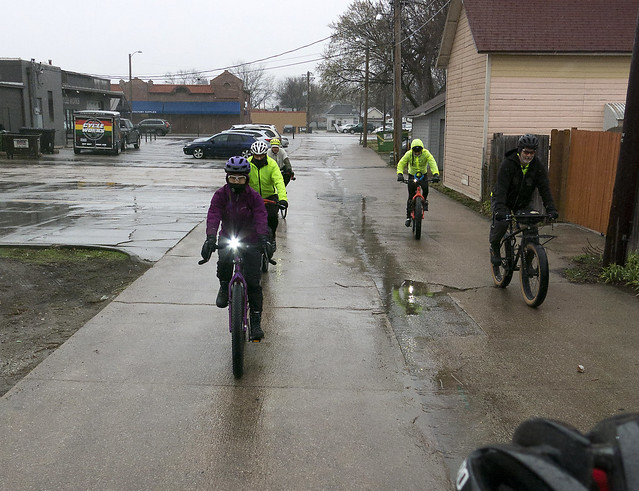 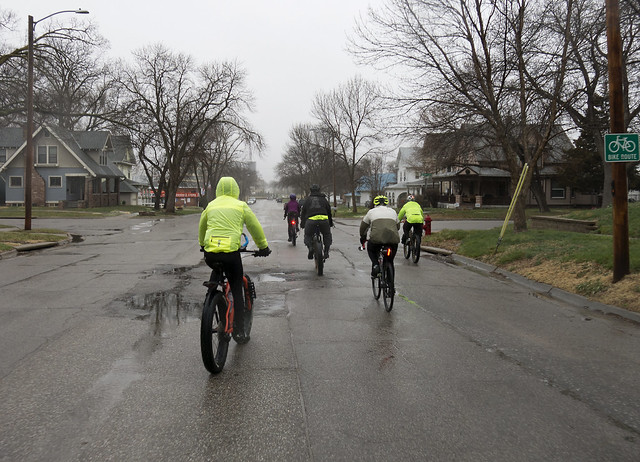 By the time I got to the shop less than an hour later, it was raining... I am not sure why it is that I keep trusting a weather forecaster but I do and they seem to be wrong more often than they are right. Luckily there were 6 other people that also trusted them and decided to come ride on a cold, wet and miserable day. 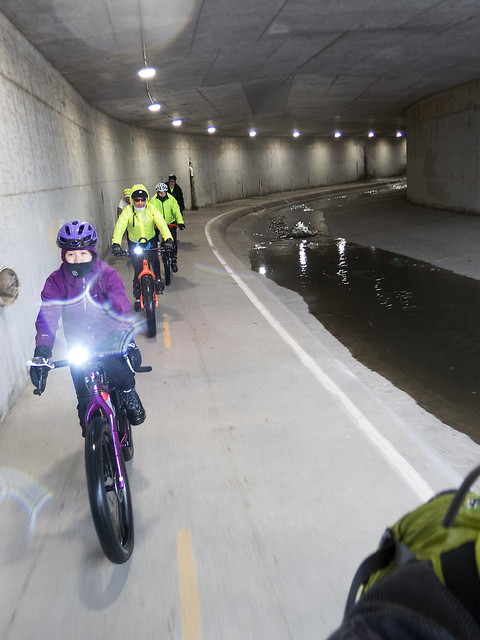 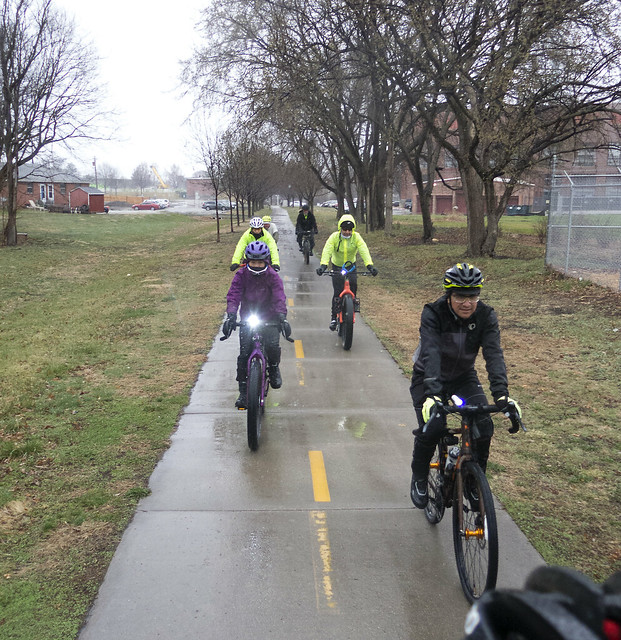 Forrest Gump would have referred to Saturdays rain as "little bitty stingin rain", if you were heading into the wind those rain drops/ice pellets felt like you were being sand blasted. The (r)ice mixed with cold temperatures meant we would be sticking in town and shortening the ride a bit from the normal mileage. 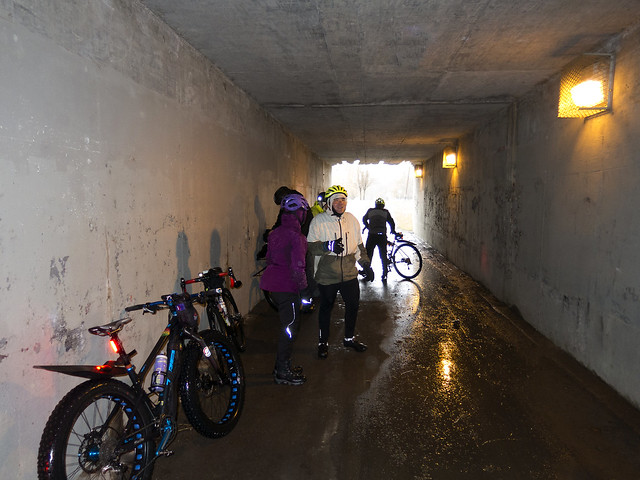 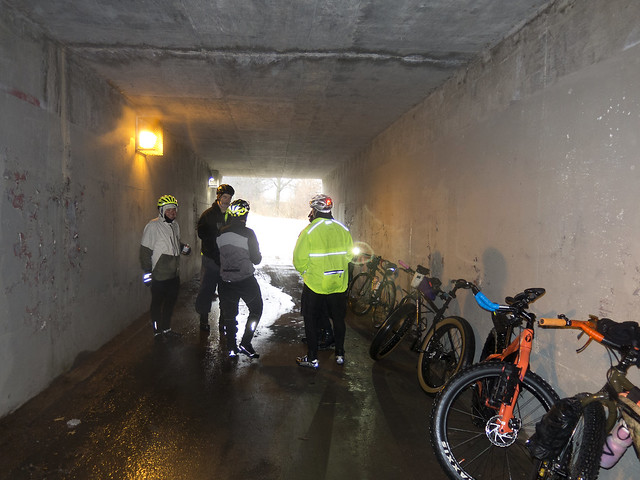 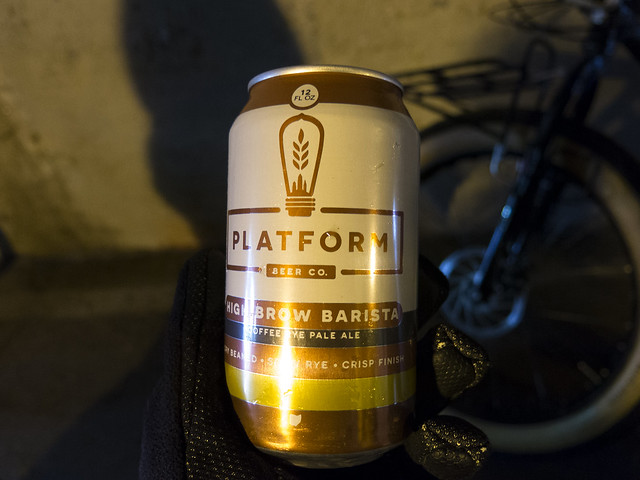 About halfway we decided to seek a little respite from the rains in a tunnel and had our first ever tunnel beer on the SMNDFBR. 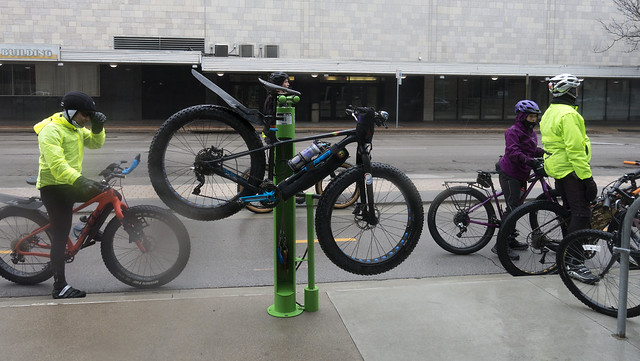 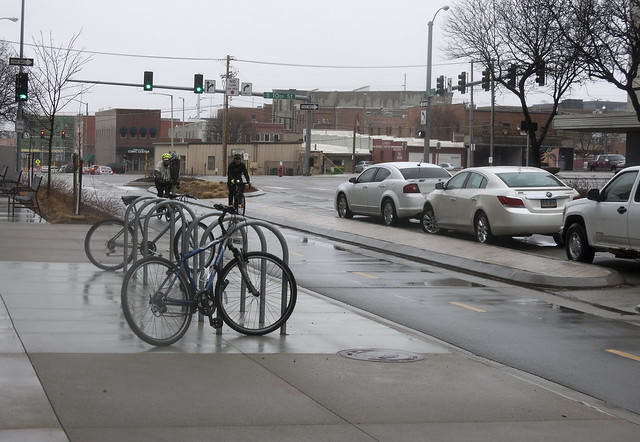 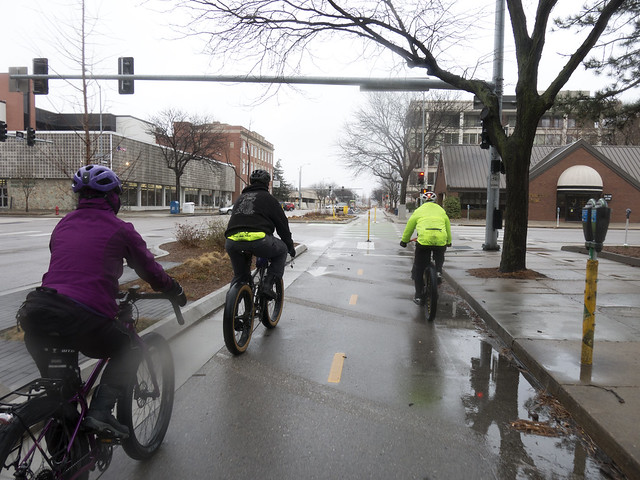 While the tunnel might have provided some protection from the precipitation, it didn't do anything to hide us from the chilly winds and may have actually had the opposite effect by funneling the winds into the tunnel. Once we left the tunnel the plan was to head to the Mill in the old LT&T building and find something warm to drink and some warmth for ourselves. 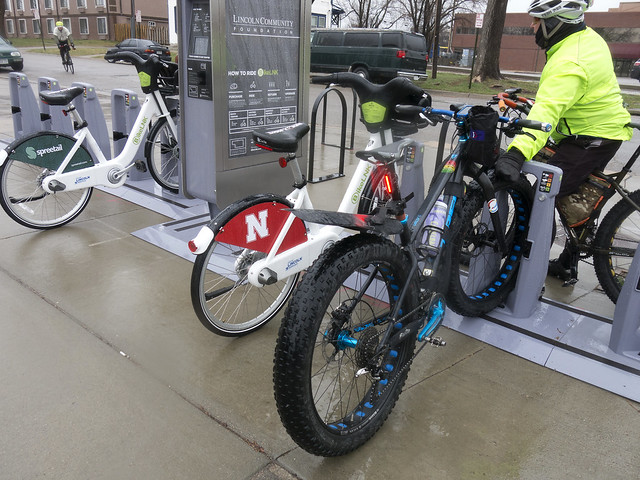 BikeLNK's Bike Share bikes are out on the streets and ready to be rented; Jamie, Brody and the rest of them have done an amazing job getting the word out and getting the bikes ready in a hurry. We spotted the Husker bike near The Panic and had to stop for a photo op. 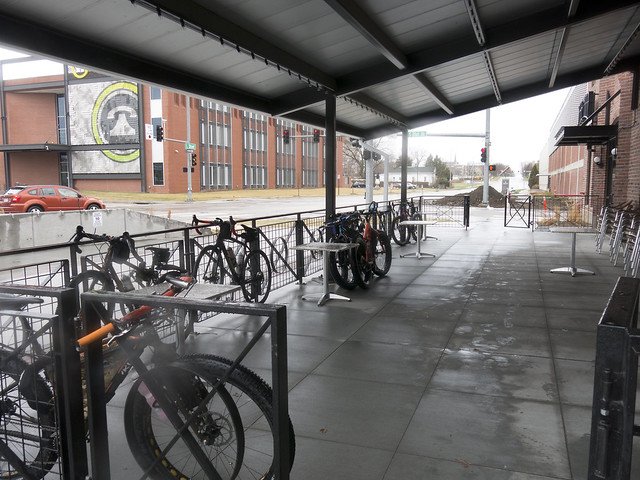 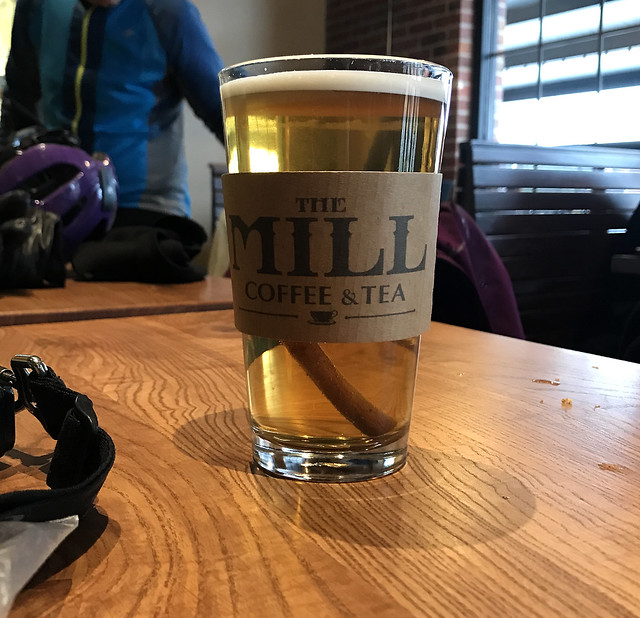 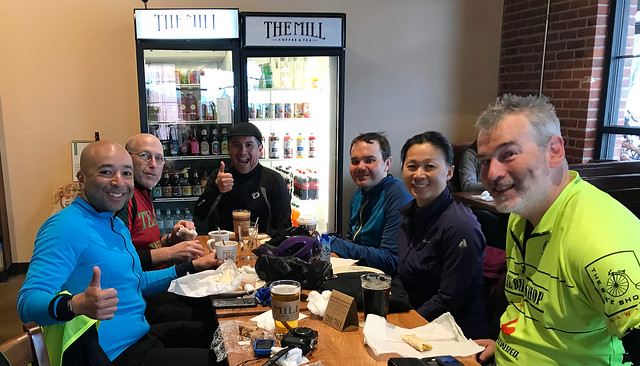 We have ridden in colder temps and we have ridden in wetter times but I'm not sure we have ridden before on a day that was as cold, as wet and as windy all at the same time, it was good to see a nice warm place to duck into and warm up a bit. The Mill's coffee is good but I'm also kind of a sucker for hot apple cider and opted to try the Mill's offering; it was delicious and hit the spot. After a little food, beverage, warm-up and conversation it was time end the ride and scatter in the direction of home. Thanks to everyone who came out and suffered a little bit with me on Saturday, hopefully that is the last miserable day we will have for a while and the sunshine and warmth will come find us soon.

No ride next week as a good part of the crew is heading down to Lawrence Kansas for the Cool Hand Luke race. This will be our second time doing the race and it was a blast last year.
Posted by Rydn9ers at 9:46 PM