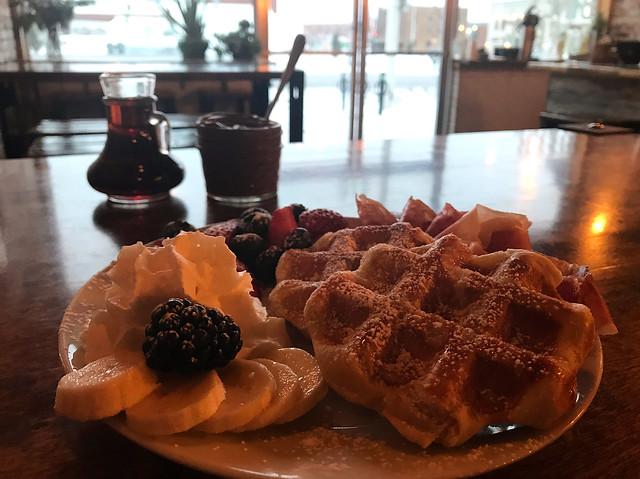 Sitting in a desolate eatery just before the cockcrow, I had time to contemplate how chilly it's been this winter so far. A few sayings concerning the cold came to mind and I deliberated upon which was colder; the posterior of a well digger or a necromancer's bosom. It's an age old debate and one I must admit has me at an impasse since I am lacking any direct knowledge of either. 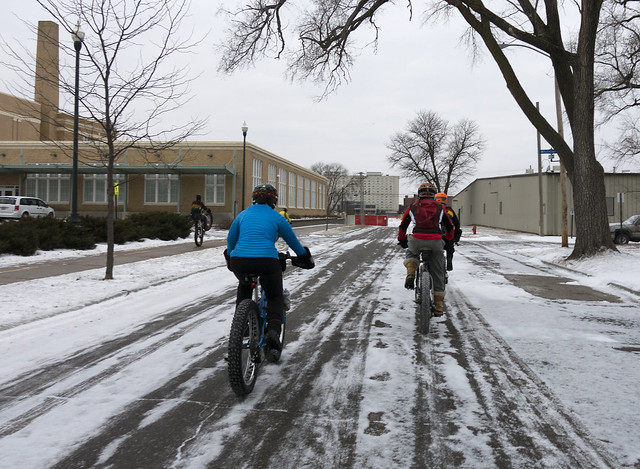 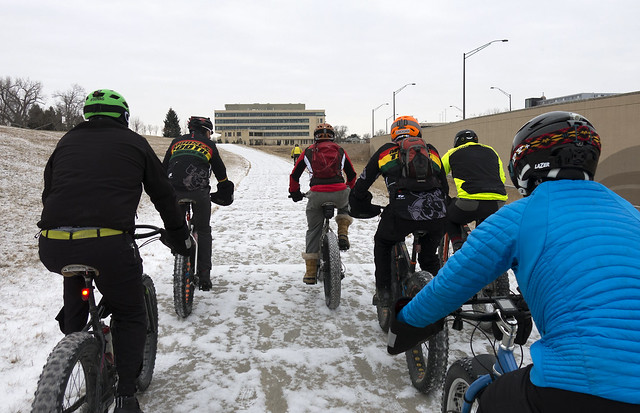 Alas, there was riding to do so the mental tug of war would have to wait for another day to decide a victor. 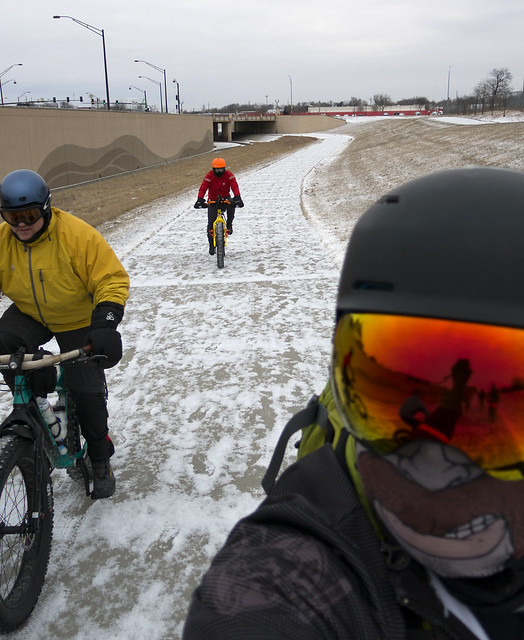 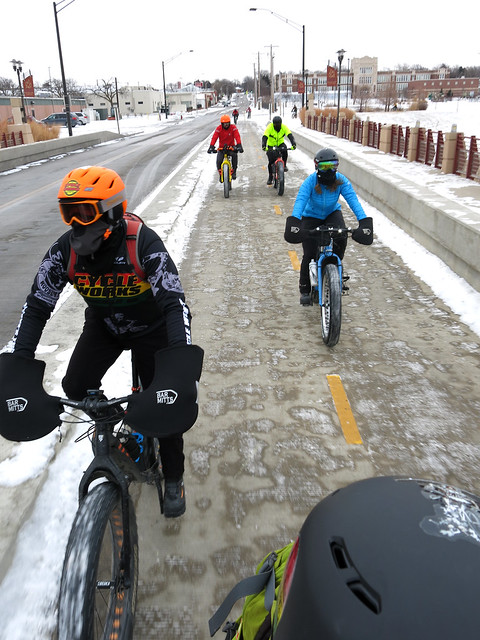 Despite the single digit temps that have been the norm this winter, the squad came out in force for the SMNDFBR. 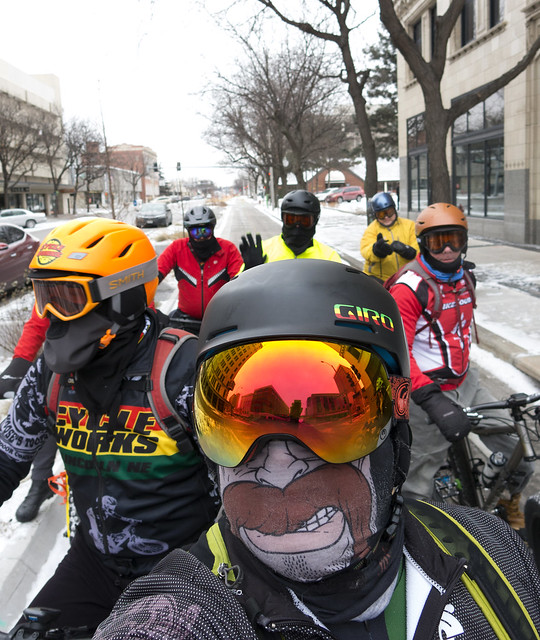 Telling who is who in the winter can be a little problematic unless you recognize helmets, goggles and bicycles because facial exposure is at a minimum. Speaking of goggles, I may have finally found  a pair that don't fog up five minutes into a ride from Dragon Alliance, intended to be ski/snowboard goggles they have a wide field of vision, easily interchangeable lenses... and they look super cool, which is also extremely important when picking out protective eye wear. It's not uncommon to re-purpose ski or snowboard clothing and equipment for fat biking and some times it's even a bit cheaper and easier to find and most of it just plain works because those sports have decades of equipment refinement already under their belt. 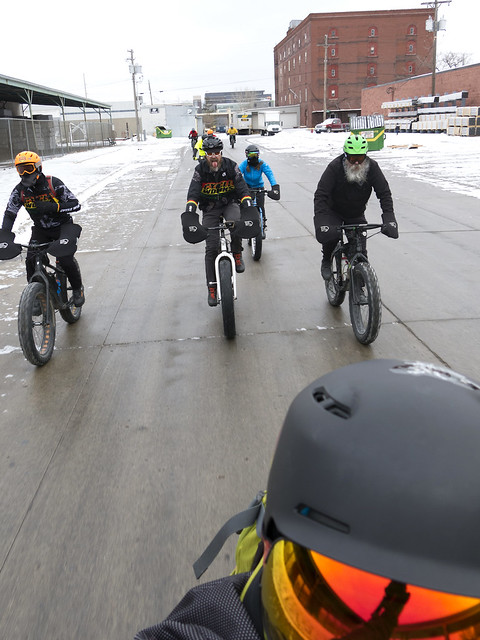 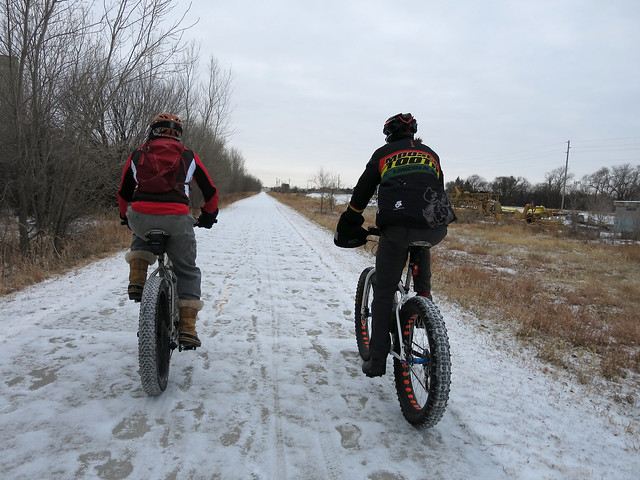 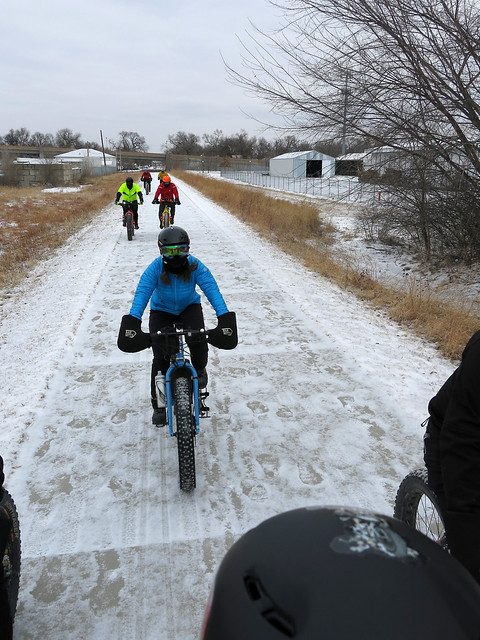 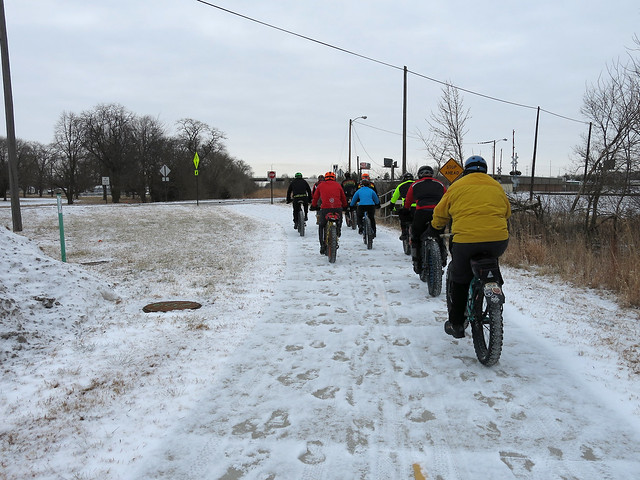 With the chill in the air and a wee bit of wind, Wilderness Park had been the plan all week; a fresh dusting of snow only made that decision seem even better. 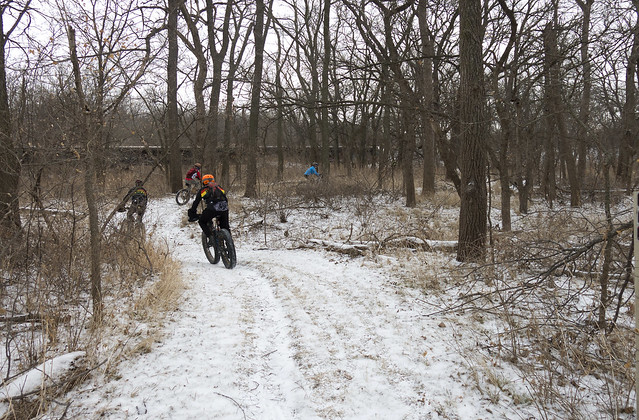 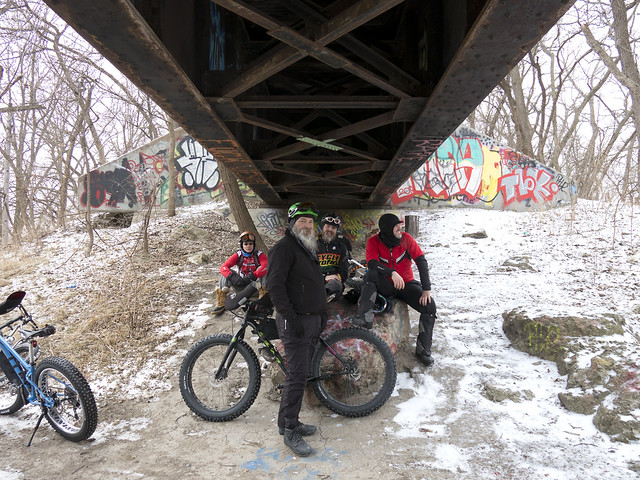 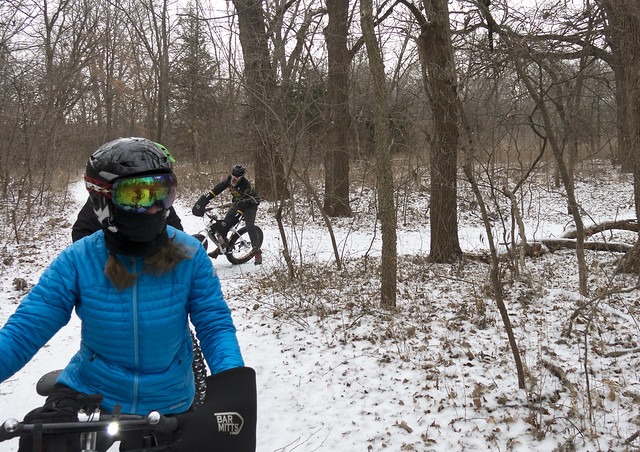 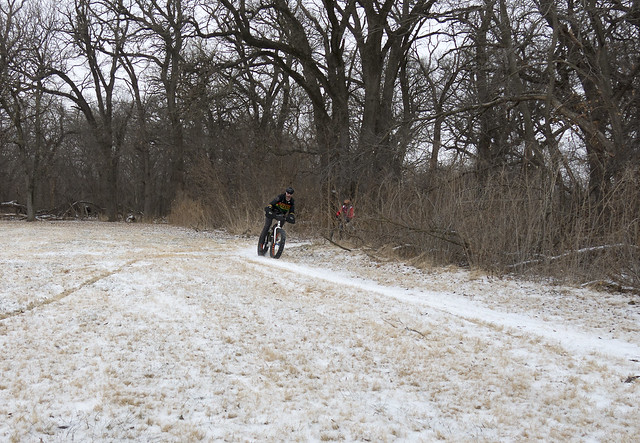 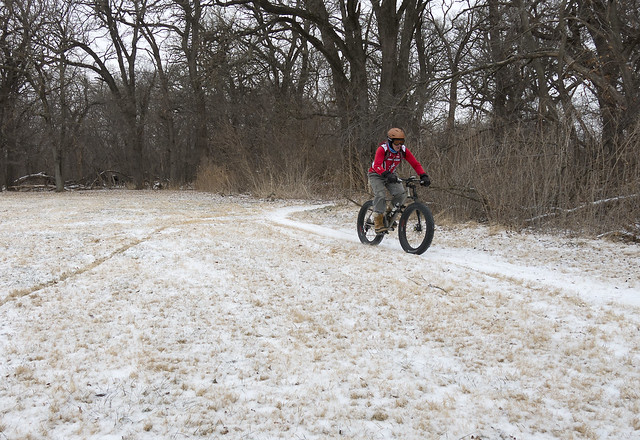 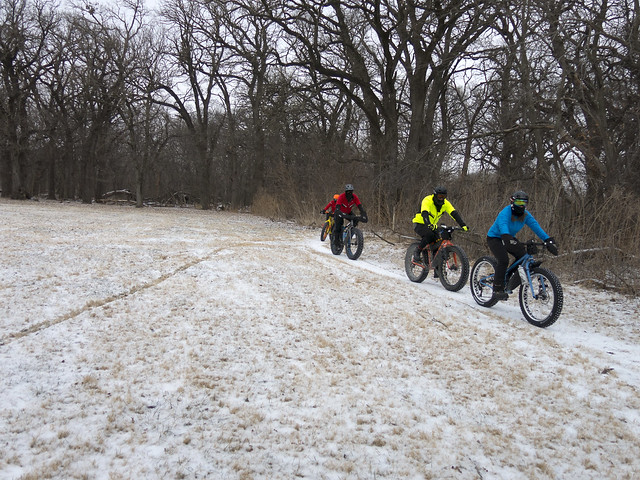 As suspected the snowy single track was in ideal shape for the ride, with all the traffic it's seen lately the ribbon of snow is well packed and smooth rolling. 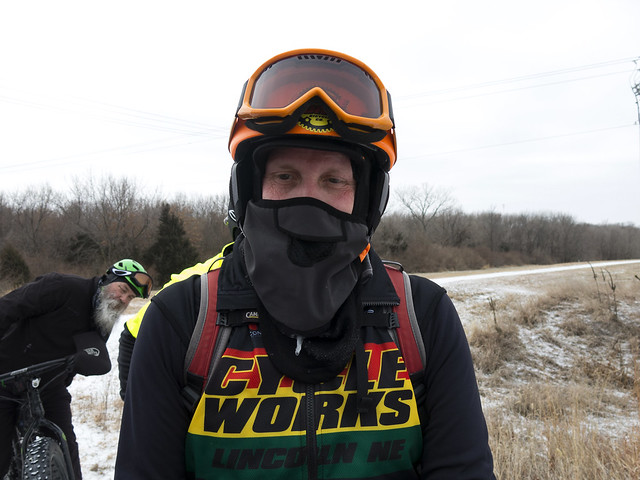 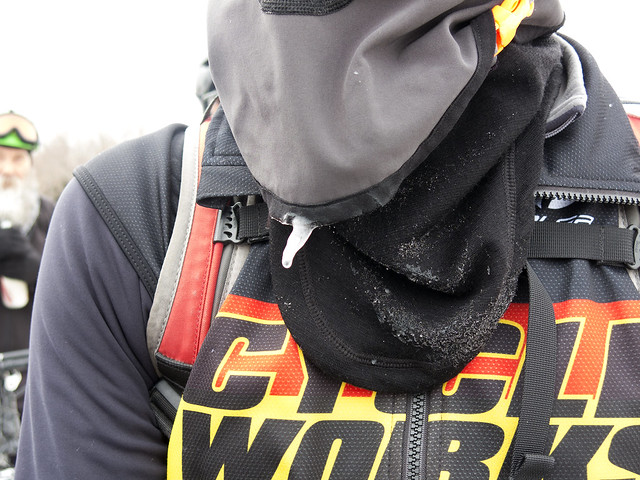 Todd even grew a little narwhal nub on the bottom of his lung cookie... narwhal lung cookies, don't sound very appetizing to me if such a thing exists. 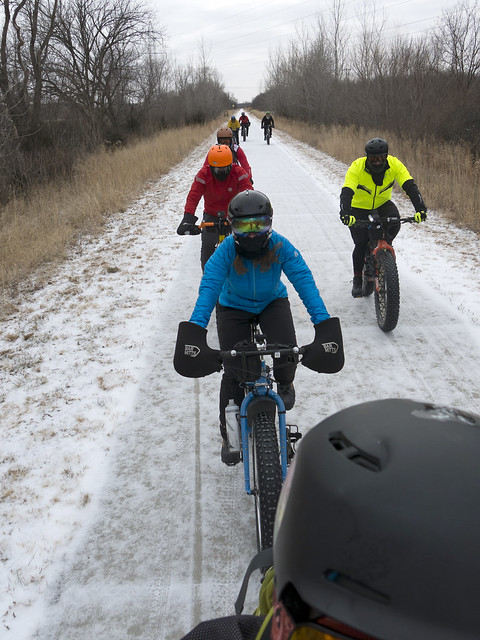 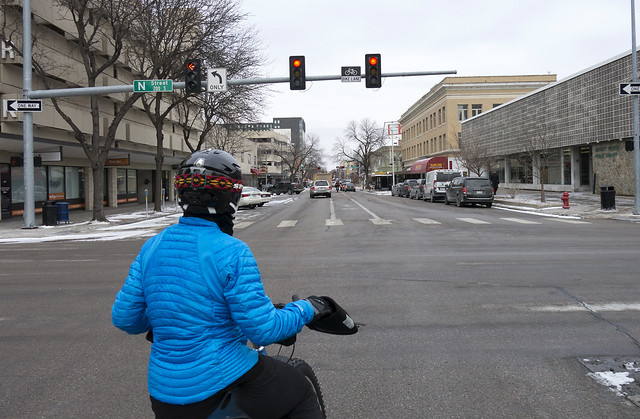 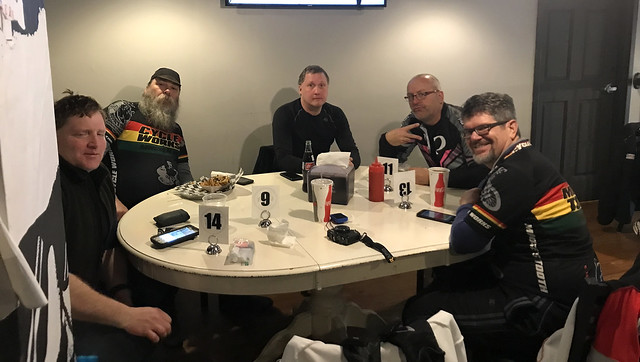 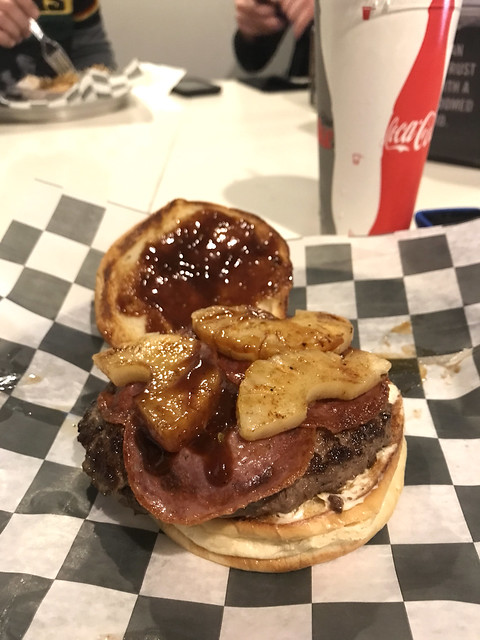 Fortunately for us Abe's was on the menu and we didn't have to eat anything close to a narwhal lung cookie. Some of the best burgers I've ever had, Lincoln or elsewhere.

Next week looks to be much warmer, above freezing even. If that holds true, expect gravel to be the option as the Park will be wet and muddy.