Hard to believe that it's already the end of July and we've only managed 4 Thursday Night No Drop Dirt Rides this season because of weather issues, it's been a wacky spring and early summer in Nebraska for sure. 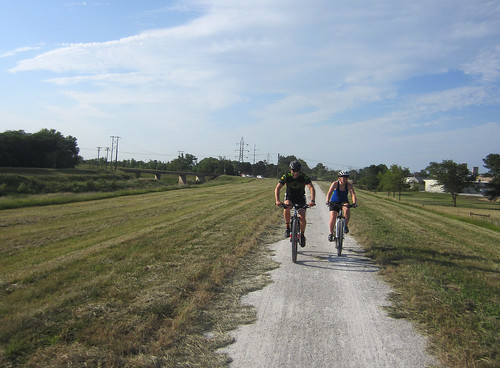 Started out with a smallish group from Cycle Works but would meetup with a few more at various spots on the trails. This was Matt's (left) first ThNNDDR, hope he comes back for more. 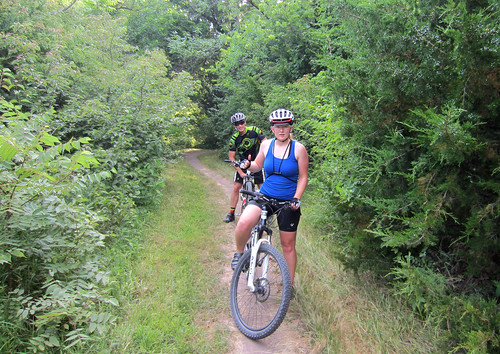 Park was in really good shape last night, trails were dry and even dusty in a few spots... and the city mowed a nice clear path so we didn't even need to fight the tall grass and weeds. 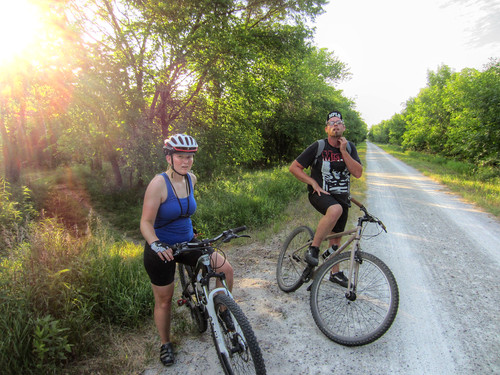 Lost Matt for a bit and met up with a few more riders out on the trails. Matt took a corner too fast and went down, nothing serious but by the time he got back up and going and we realized he wasn't behind us we were a bit ahead of him, we zigged and he zagged ending up on the Jamaican trail while we looked for him on the singletrack so it took a few to find him but in the end we all met back up and as they say all's well that ends well. 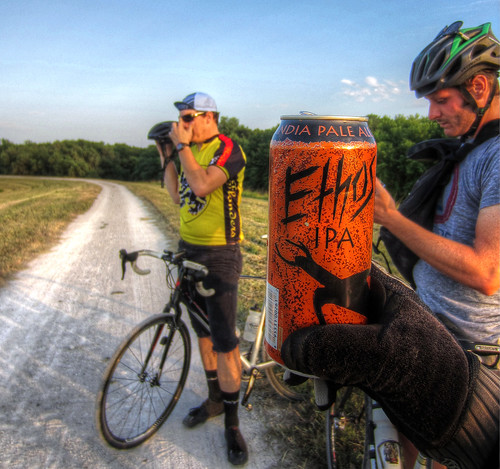 Adam and his friend even brought some refreshments for after the ride (technically they brought them for the hustle... but that ended up being next week and not this week like they had thought so we reaped the benefits of that little faux pas) they went down smooth even if they were slightly warm. It's a little disheartening that the sun is already getting a little low on the horizon by the time we finish these rides, won't be long before the season will be over and any riding after work will require a light. Here's hoping the sun and the warmth holds on just a little bit longer, not ready for the dark and cold just yet.