Well it had been a pretty mild and snow free winter, that ended last night when it sounded like we might try to get our entire annual snowfall average in one weekend. As it turns out it wasn't quite as bad as they were saying it was going to be, we did end up with a very wet and heavy 10.5 inches of snow last I heard but the advantage of wet snow is that we didn't get the blowing, blizzard like conditions like they thought because the snow was too heavy to blow anywhere for the most part. I was supposed to be riding in the Frosty Bike Ride today but they wisely postponed it for another weekend due to safety reasons so that left me with a free Saturday. The snow seemed a little deep for biking and a little slick and deep for driving even so I decided to bundle up and walk around and see just how bad it really was out there. 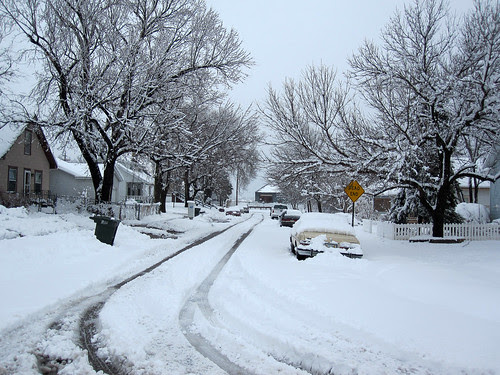 Snow was a little deep in the neighborhood but I've seen worse, the snow in the road could only be described as deep slush. 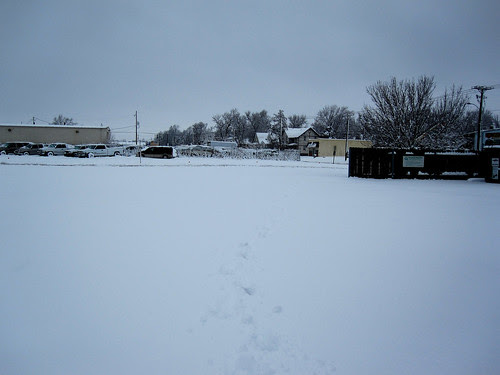 Breaking new trails in the snow. 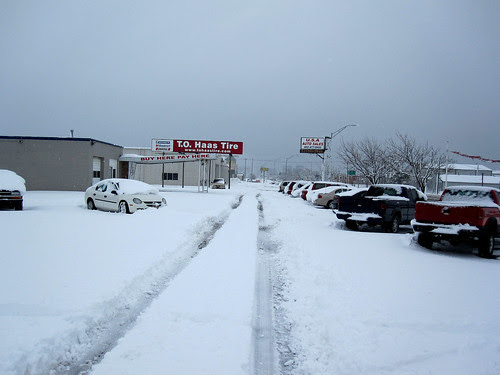 Surprisingly quite a few places were closed and traffic was pretty light. 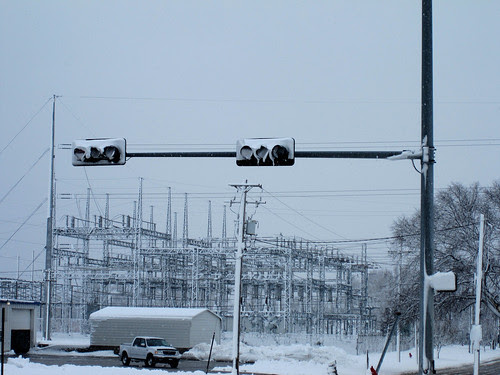 Red, Yellow or Green... kind of hard to tell. 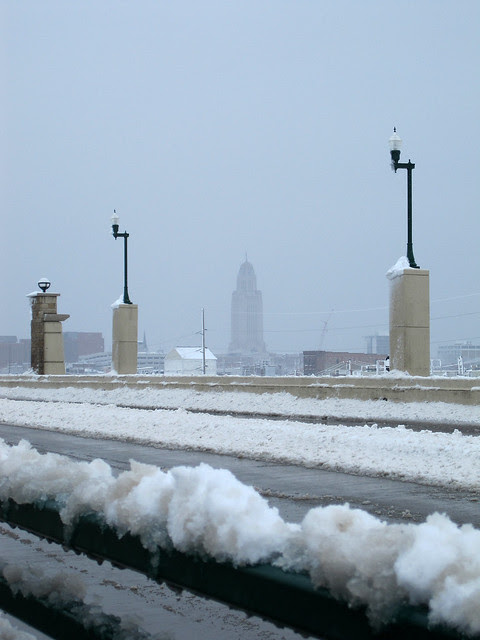 Snow was still coming down pretty good even though it didn't look like it up close. 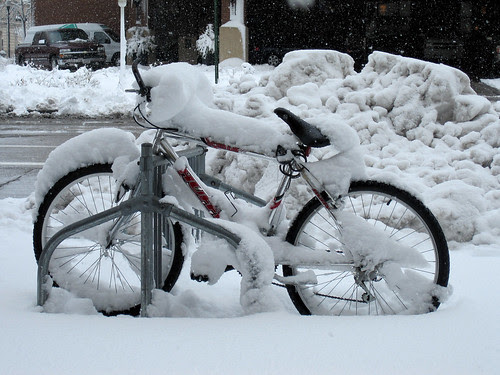 Is this Huffy's new snow bike? 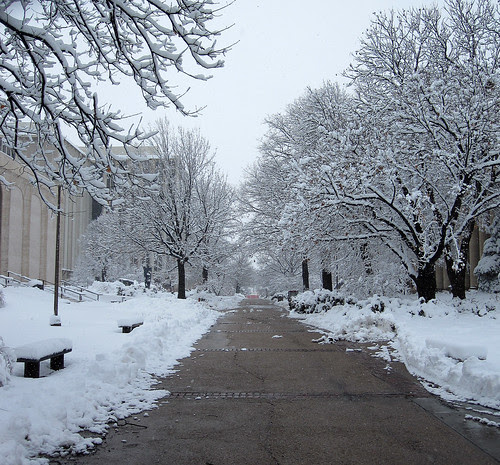 One of the great things about wet snow is the way it sticks to the tree branches, makes it look like a true winter wonderland. Just a few pictures... 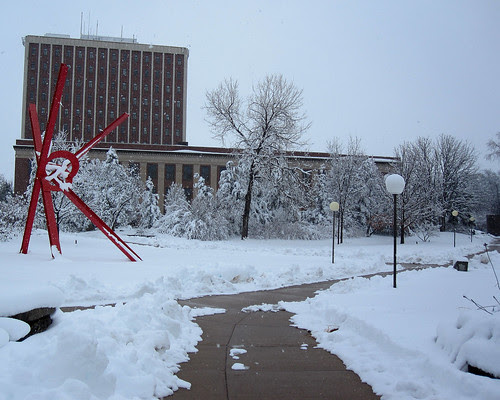 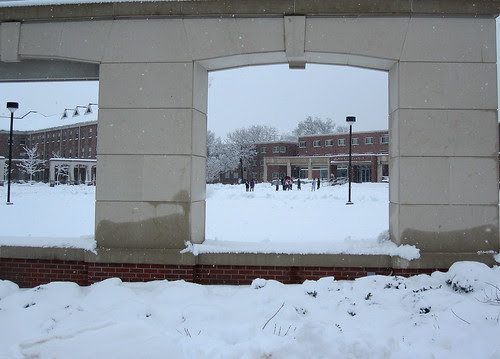 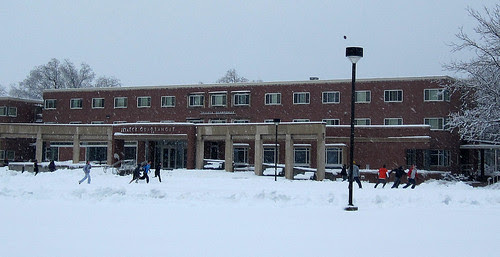 Couple of college kids decided to play a little snow football, brings back some memories of days gone by. 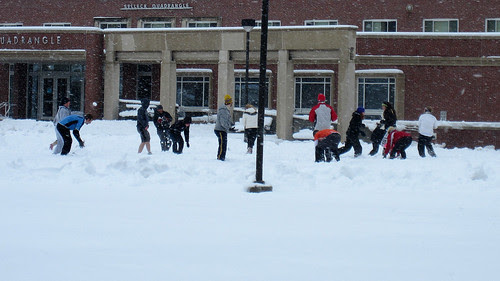 Of course it didn't take long for the football game to turn into a full fledged snowball fight. 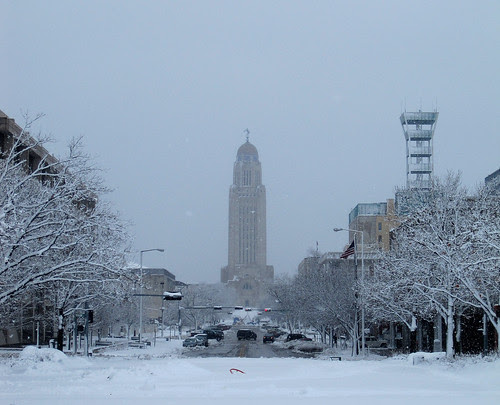 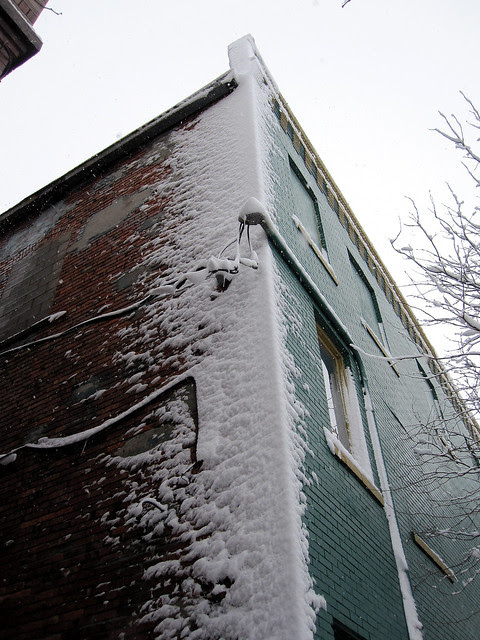 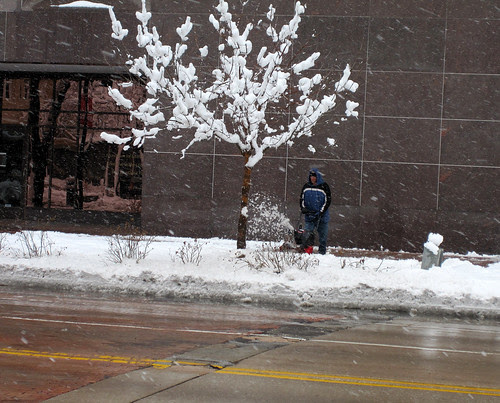 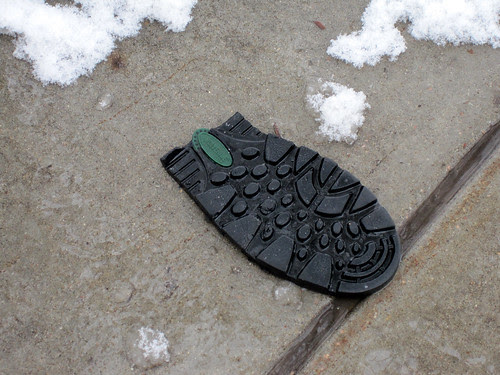 As I decided to make my way back home wouldn't you guess I flatted... not really sure how it happened other than to say that the glue must have decided it had held long enough. I can't really remember how long I've had these boots but I can say with certainty that it has been more than 12 years, I guess one could say I got my moneys worth, first the front tread went and then the heel followed suit shortly there after. Walking home the last 1.5 miles with no tread on one boot was not what I would call the most comfortable walk I have ever taken but there wasn't really anything else I could do. 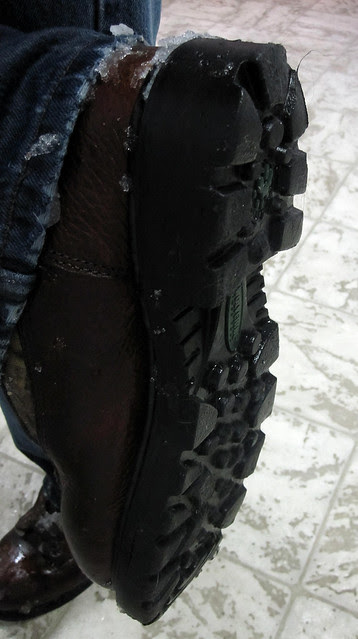 When I left both boots had soles that looked just like this one...

The left one looked like this however by the time I got home, walking without tread was a bit interesting. Other than the blow tread it was a pretty good day and a pretty good walk.