This used to be my way home... 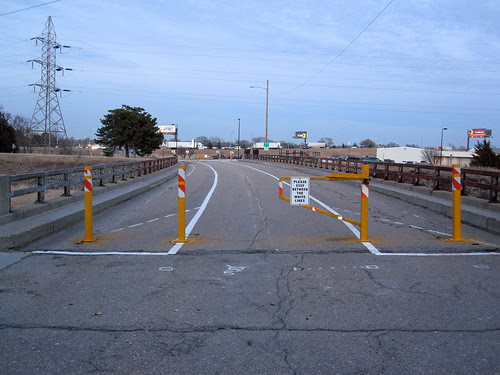 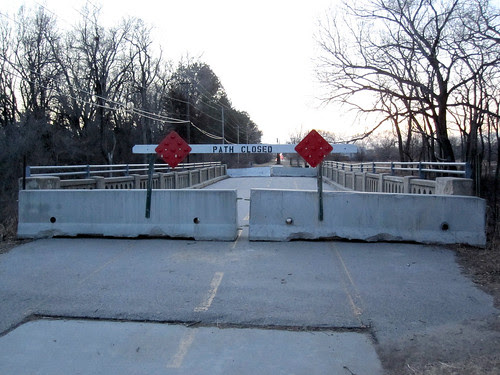 There used to be a time not to long ago when both of these bridges were open, there used to be a time when it also used to be my way home when I rode to work. A lot has changed in the years since I often traveled this route, it's funny how quickly things can change. I used to think I was happy riding this route, starting and ending in the house I knew as home, with the people I thought were in it with me for the long run. Gone is the house, gone are the people, gone is this route as "my" route... the bike I still have, bikes are ours to get rid of not the other way around. Time has a way of opening your eyes, bringing the perspective to our life's that we once could not or chose not to see at the time we were personally invested in the situation, when you are too close to be objective. Years have gone by since and many things have changed, heartaches have healed, tears long since dried and betrayals no longer as sharp; there was a time when it felt like the best times of life were slipping away. Fast forward a few years and I realize that those times and that place were not where I belonged and that in a weird way even the betrayals, in the long run, were blessing in disguise. Human emotions can and often do blur our perspective on reality. Today I might not have the same house, or the same way home or the same group of people but I think I am in a better place than I was back then. I have a new home, a new route and I have a new group of people surrounding me, that's not to say that I don't miss some of the people from my old life but over all I am in a better place... a happier place. I haven't been back there as it holds no place in my life or talked to that person as they no longer hold a place in my heart but I hope that who ever occupies that space can find more happiness in it than I could and that whatever she is doing now she too made the right decisions.