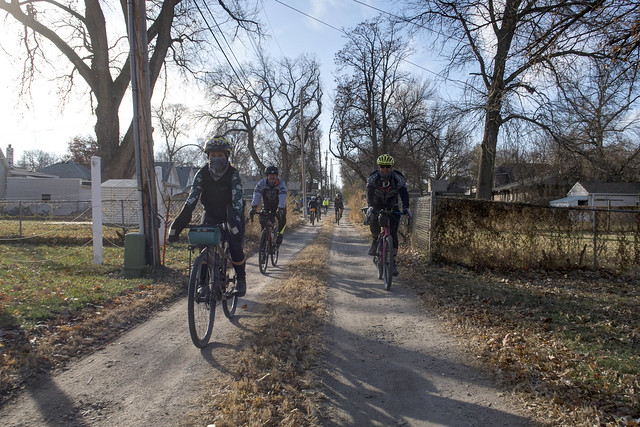 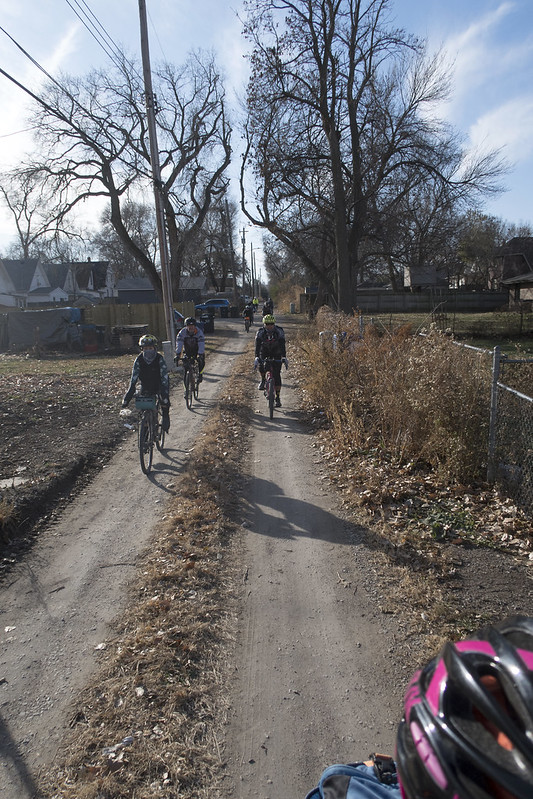 For a city of almost 300,000 people Lincoln is still rife with these little back alleys and even a few unpaved city streets here and there. The first house I can remember as a kid on the south east edge of Great Falls had an alley and detached garage, so I sort of have a nostalgic affinity for alleys. I was in first grade so facts are a little fuzzy but I remember the house was just down the street from Sunnyside Elementary on 19th Ave S, or so I think that was the street we lived on. My stint in that house was brief, I think I might have finished first grade at Sunnyside before moving across town on the other side of the Mighty Mo so I'm not really sure why I still carry that love of alleys to this day. Any who, Lincoln has quite a few of them remaining in the older parts of town so it was nice to incorporate one on the route out of town. Always a good day when you can ride the "inside" gravel to get to the "outside" gravel, luckily the no riding bikes inside rule doesn't apply here. It also doesn't apply at the D Street mansion, or so the legends and lore goes. 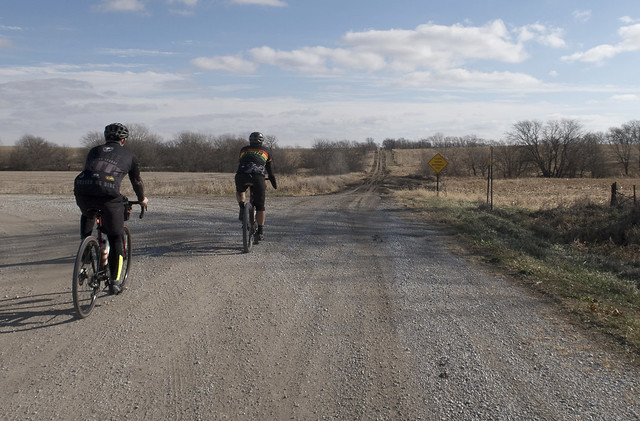 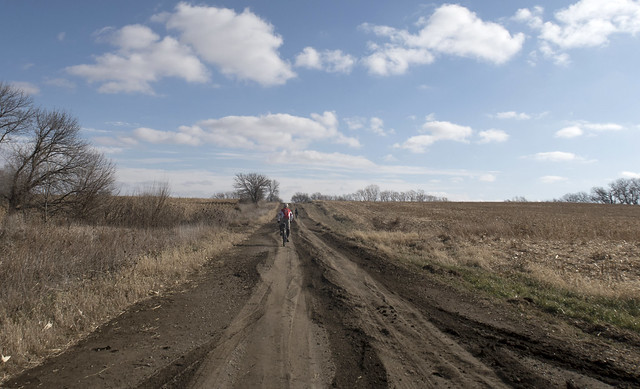 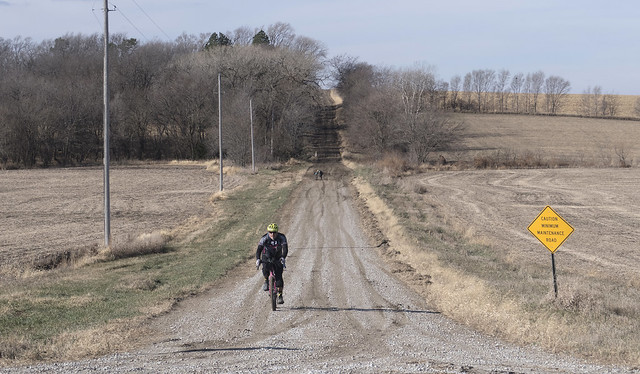 There were a few minimum maintenance roads on this route so when we got to the first one and it was still a little dew slick, I was hoping it wouldn't be a sign of roads to come. We did however "have the tires for it" and other than one roll in the muck, we managed to get through it mostly unscathed. 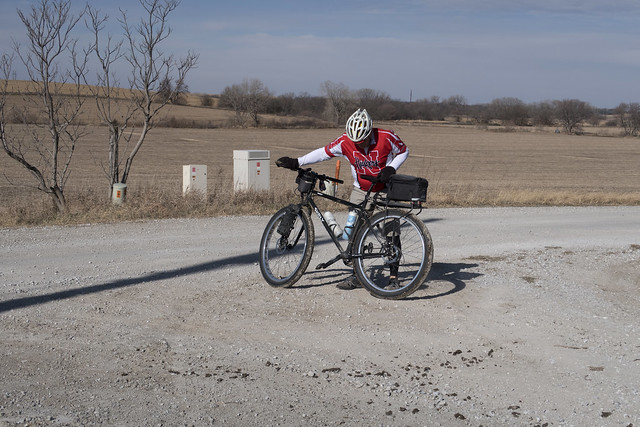 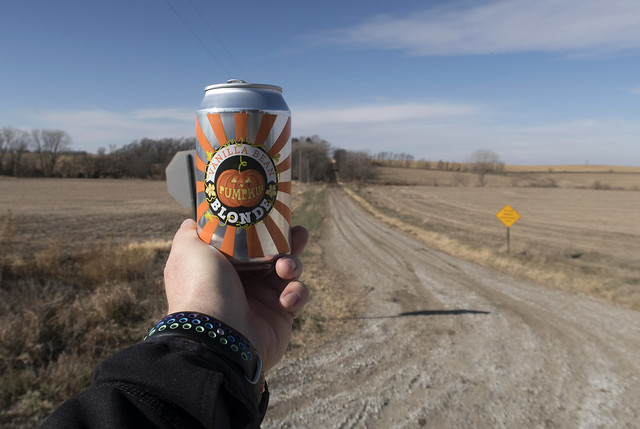 Mud scraping seemed like a perfect time for a ditch beer, found a pumpkin beer hiding in the fridge the night before that had so far not been eaten by squirrels and decided that sounded perfect for a mid November ride. It was the right call, it was still ripe but not overly so and went down smooth. Might have possibly been better with a smidge Cool Whip as a chaser but sacrifices are sometimes necessary in the name of mobility. 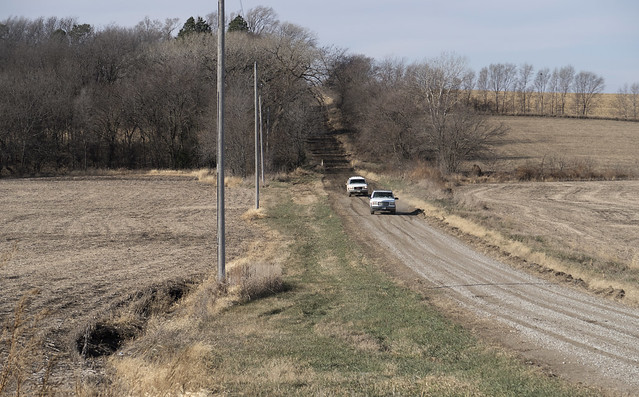 They say that timing is everything and on Saturday that was certainly true, a few minutes after we cleared the MMR this mini caravan of SUVs came lumbering down the road. It was nice not to have to slip slide on down the road at the same time. 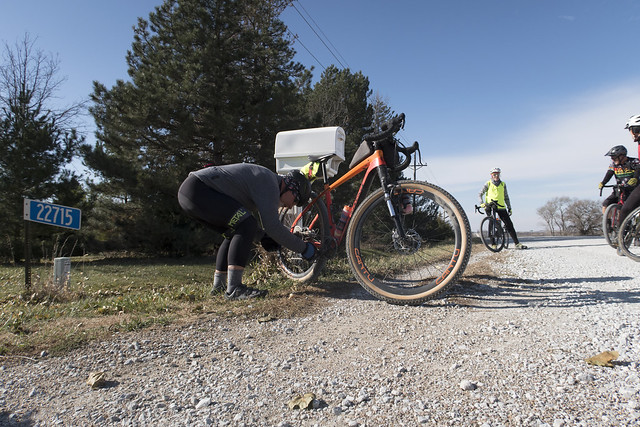 Despite muds low coefficient of friction, once dry it does not make a great lube for bicycle chains. Thankfully it was just squeaky and no spokey, breaky, kablooey for the rear derailleur. 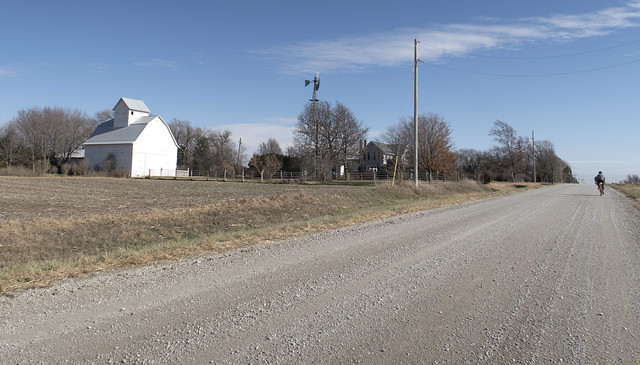 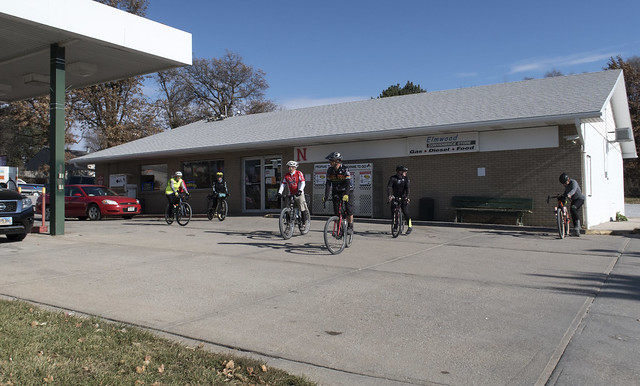 Elmwood was our farthest point east we would go and was a great place to refuel before heading back west, unfortunately the local bar/eatery/reception hall/community center is closed on the weekends for the foreseeable future so we had to opt for the gas station/convenience store/Co-op/non-health food store. Eh, who am I kidding, healthy food choices are not common in the rural gravel scene unless you're packin it yourself. 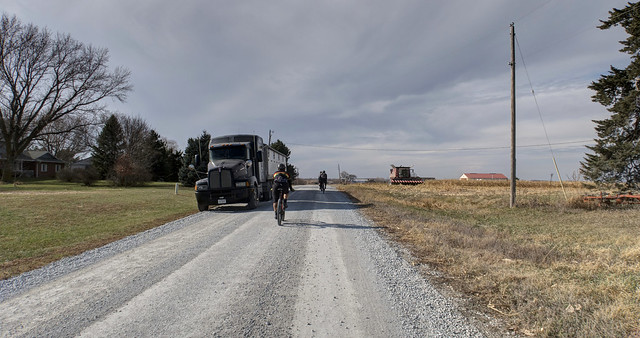 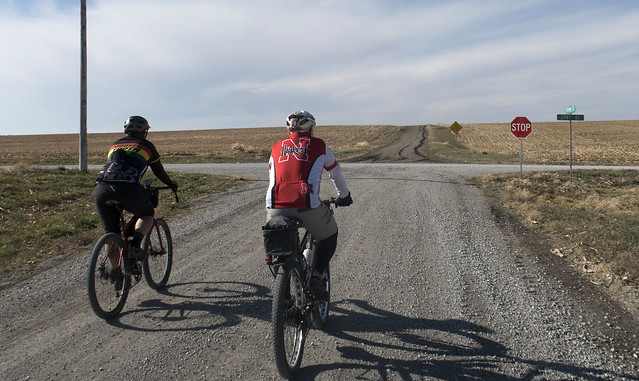 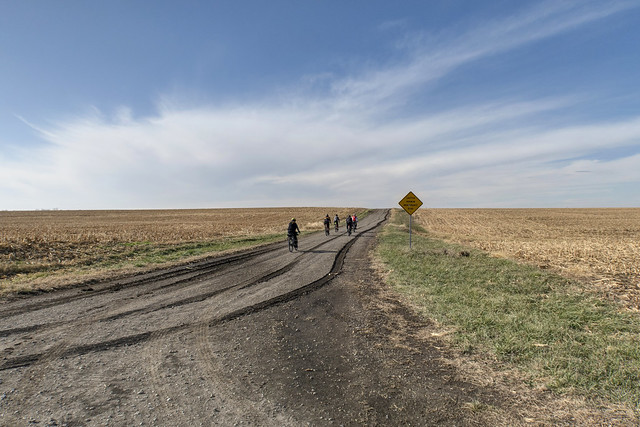 The next big stretch of MMR looked a little sketchy but turned out to be in prime shape. Wanna know the number one rule of riding MMRs if they look suspect? Never go first, let some other brave soul test the muddy waters while you hang back on firmer roads. The laughs and the clean up are much better on this end of the mud stick. 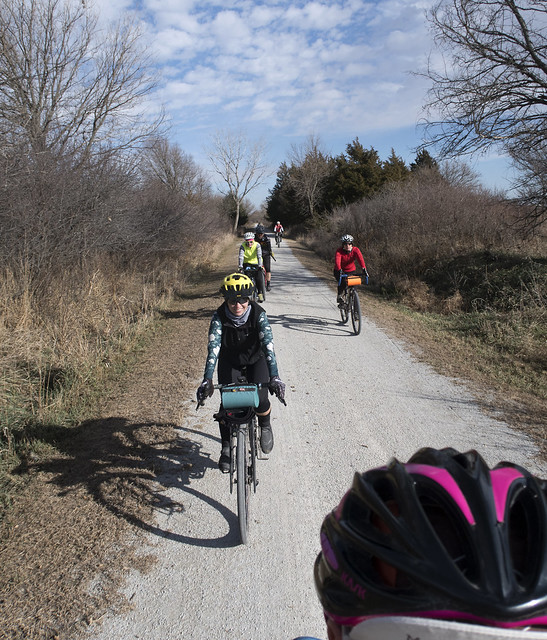 We rolled through Eagle on route but then opted to hide in the trees on the MoPac since the breeze was picking up quite a bit, I'm not even mad about that choice. A brief stop at The Hut and a few more miles into town ended another great Saturday ride. Not sure how many more of these warmer weekends we have in store for us but I'm loving every one of them and will continue to do so until they decide to move on and give way to winter's icy grip.