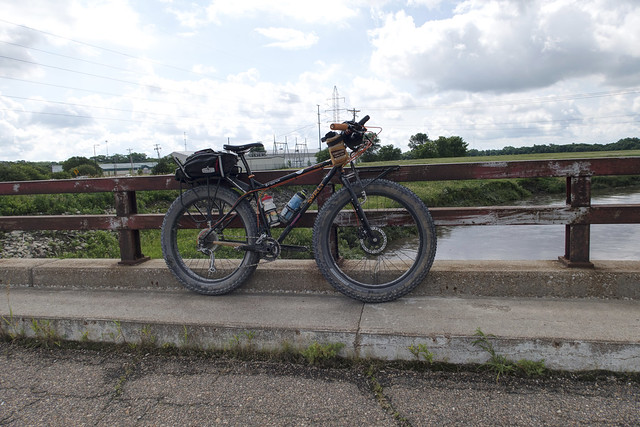 Pugs and I have been friends for a while now, first introduced to it's forever home on a crisp October day in 2015. The fat bike boom with dozens of new models sporting more traditional chainstays, update geometry and wider tires kept ole Pugs on the showroom floor for about a year before I pulled the trigger on my second fat bike. At the time I thought I got a pretty smokin deal on Pugs, two months later Surly said "hold my beer" and started almost giving the Pugsley away. Any way, Pugsley and I have been on many adventures and have shared almost 5.200 miles together over the years, the most recent being a windy, hot and ill prepared bike packing trip but Pugs was as solid as ever. With all the new bikes in the stable and the uptick in speed of most of the Saturday rides, Pugs has been on the sidelines a bit more recently but that's a trend I hope to put an end to. While heavy and "slow", there's just something about the fit and ride of the Pugsley that has me coming back to it for gravel. 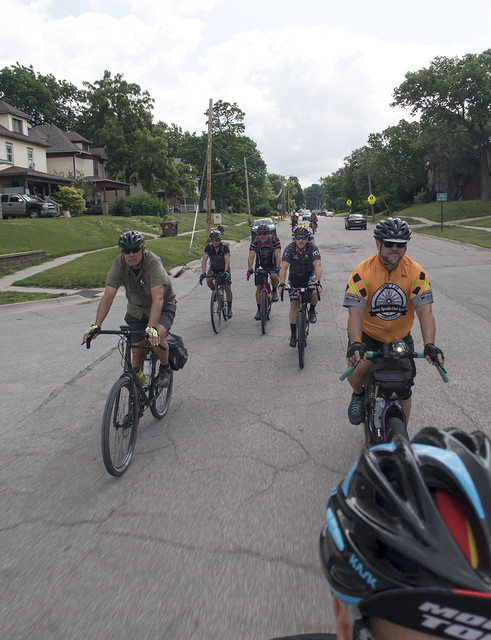 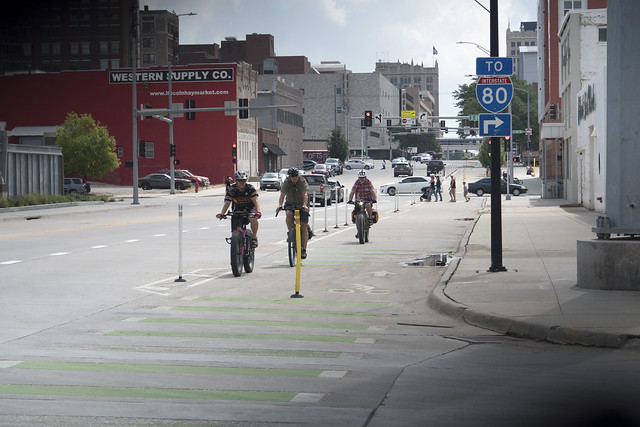 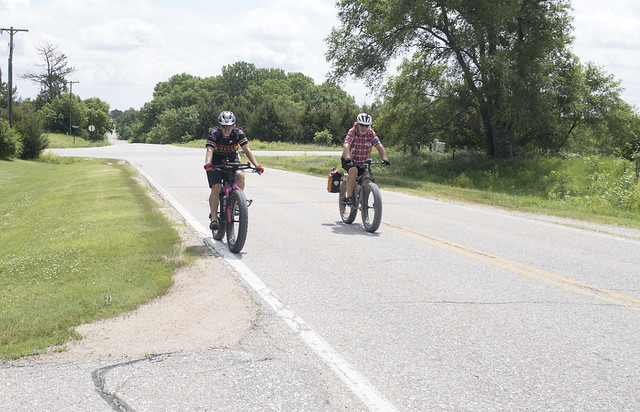 In one of those, not time like the present scenarios, Pugs got the call up for the first official SMNDFBR since March. 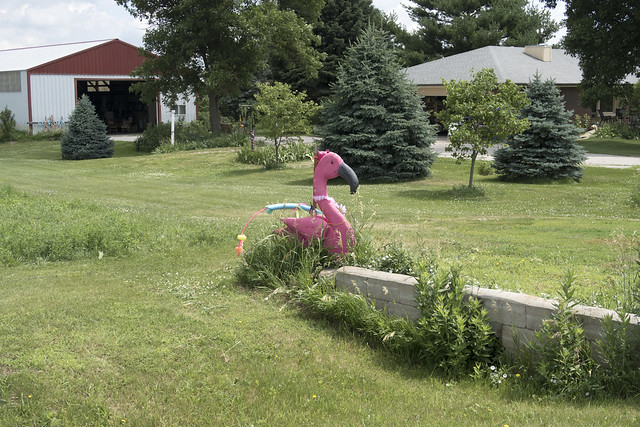 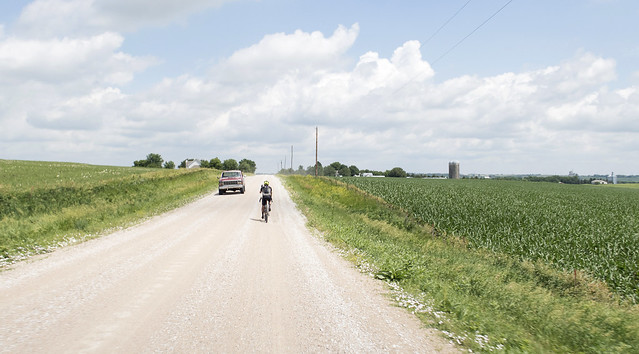 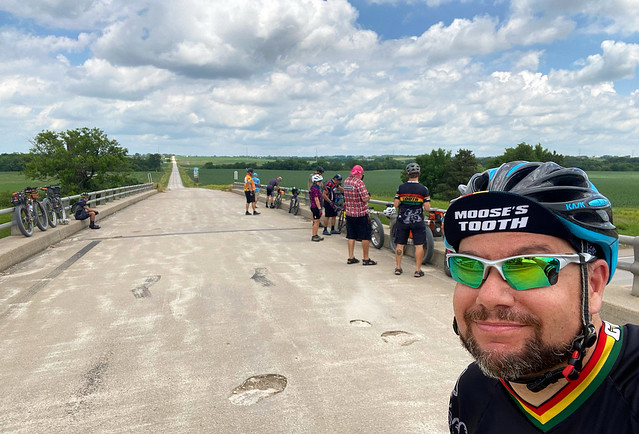 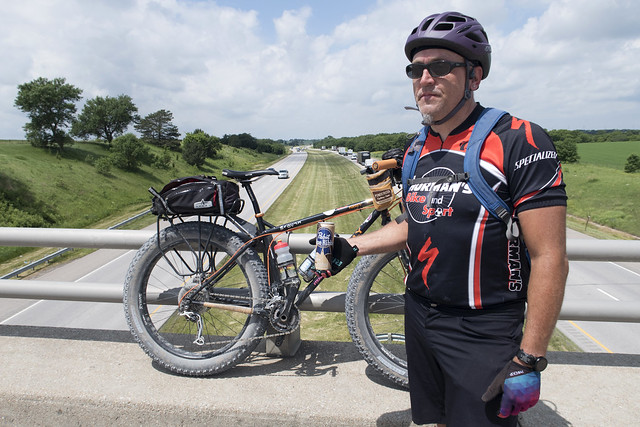 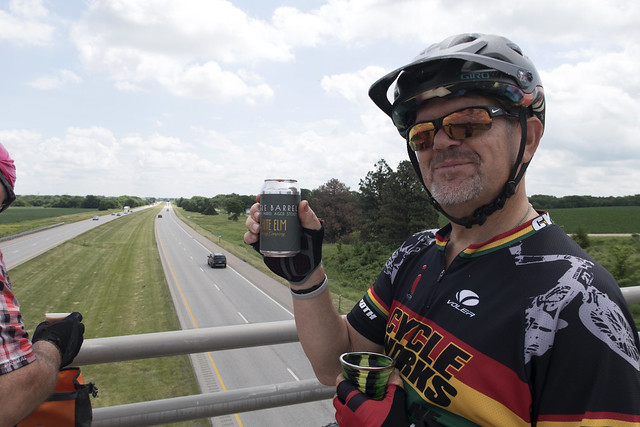 Thankfully the weather forecaster was full of shit and instead of rain we ended up with near perfect weather. As a bonus the I-80 taproom was open for business and the beers were flowing. 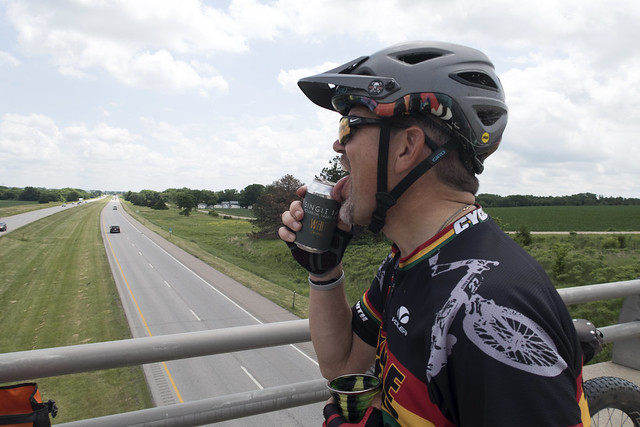 Also, I have decided I want to find someone who licks me like Joe licks spilled stout off the side of a can... swoon. 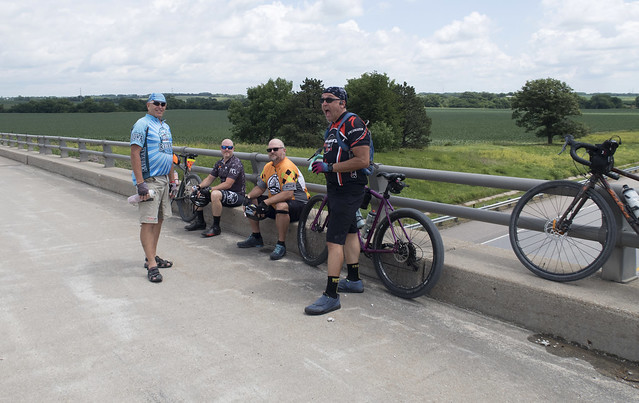 As a bonus we had the quartet, Bald guys with Glasses, make a special appearance. 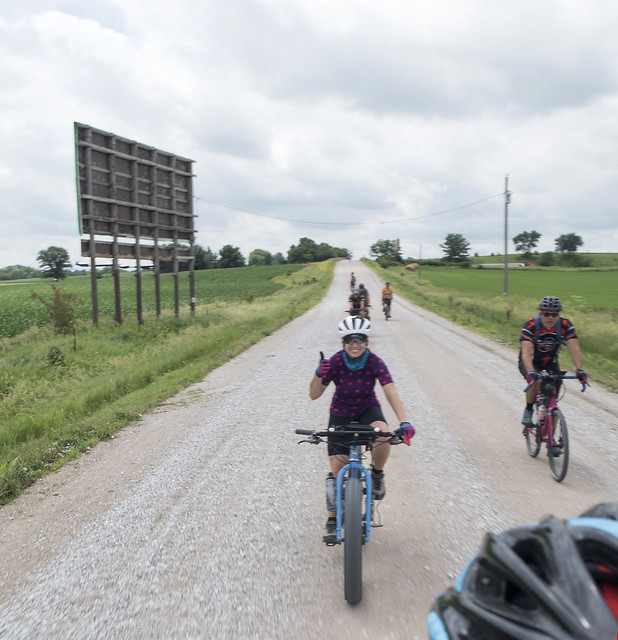 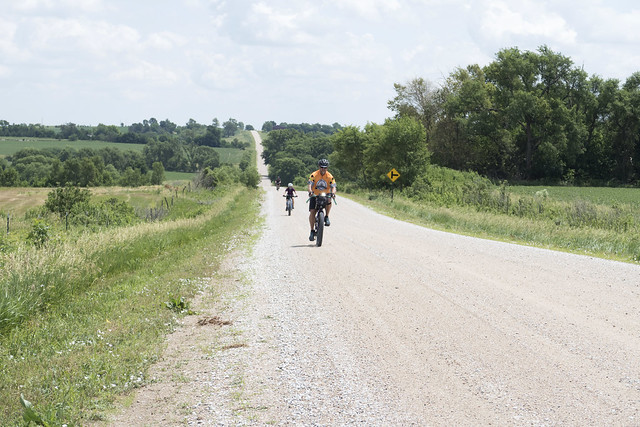 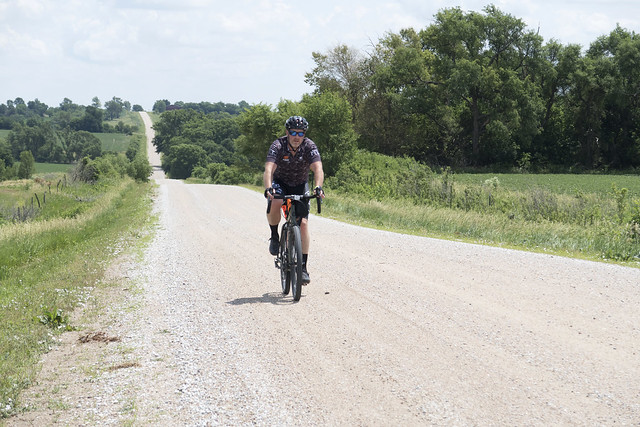 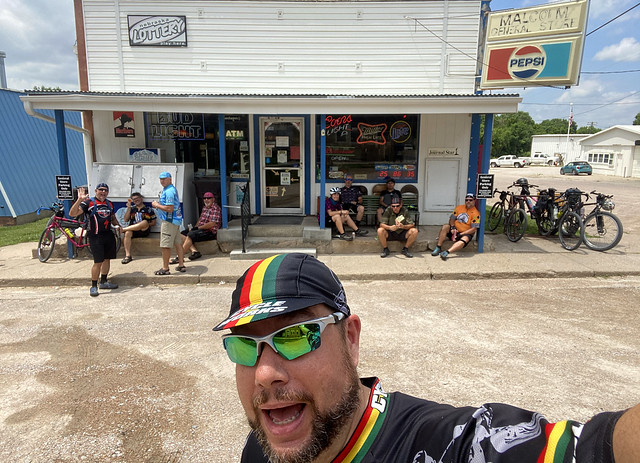 Since we were up Malcolm way, a stop at the Sac-O-Suds (Malcolm General Store) is always a must. Support the businesses that support you and all that, plus a cold beverage and some shade on a hot day are always a welcome respite. 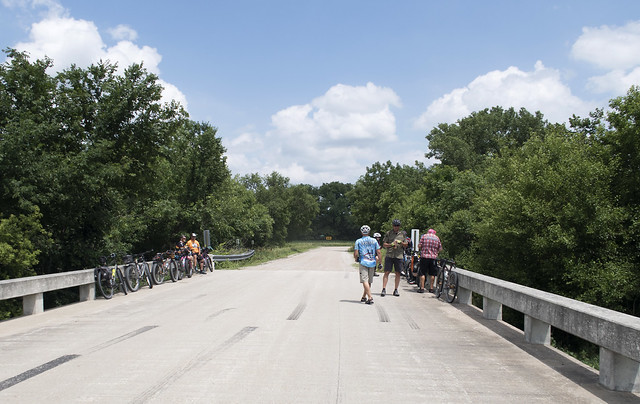 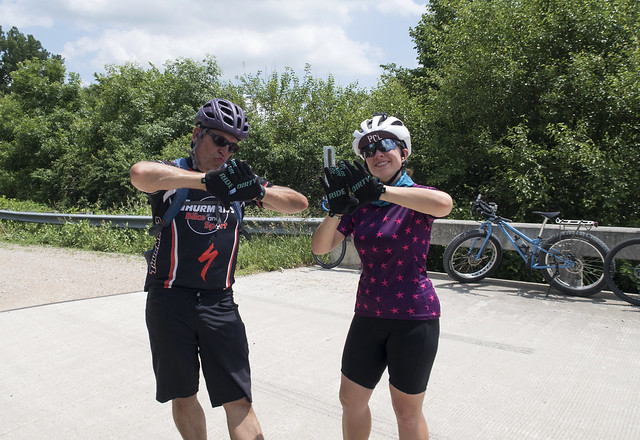 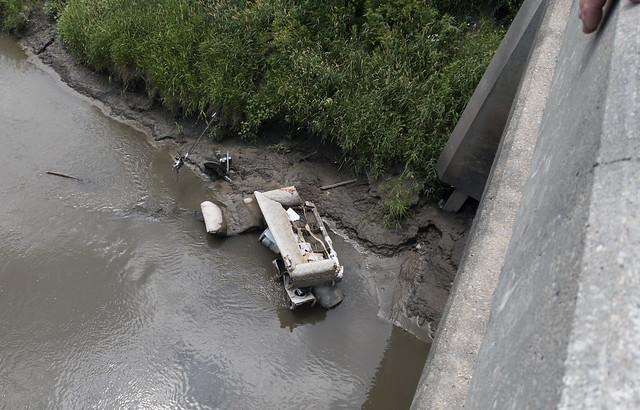 Stopped at the usual bridge on Bluff Rd on the way back, I've got a line on a couch, garage door opener and satellite dish; let me know if you're in the market. 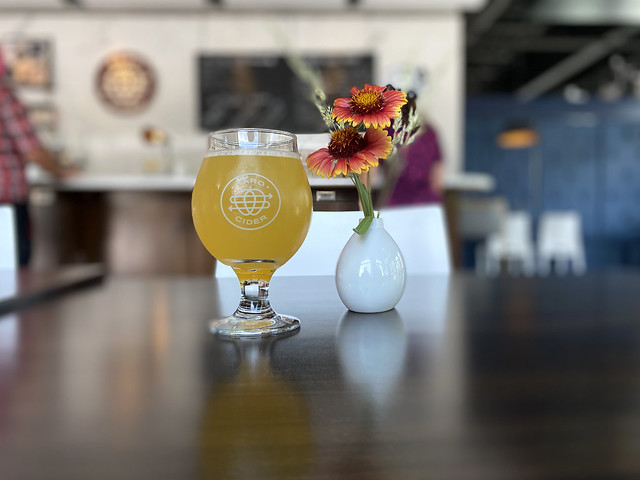 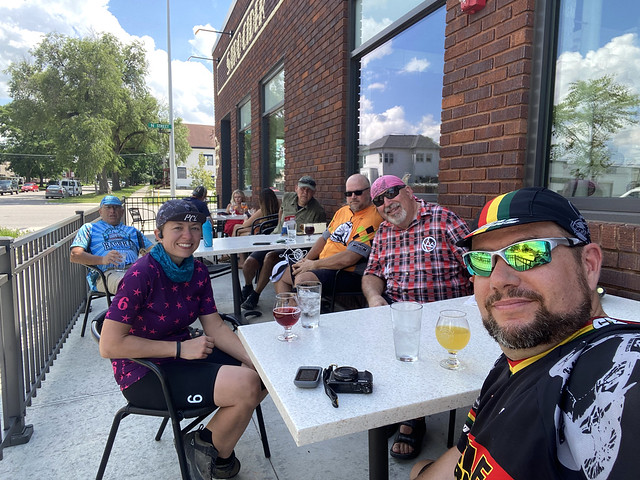 A hop, skip and a jump later and we found ourselves at Saro enjoying a tasty cider on the patio; bringing the SMNDFBR to a close. It's good to be back. 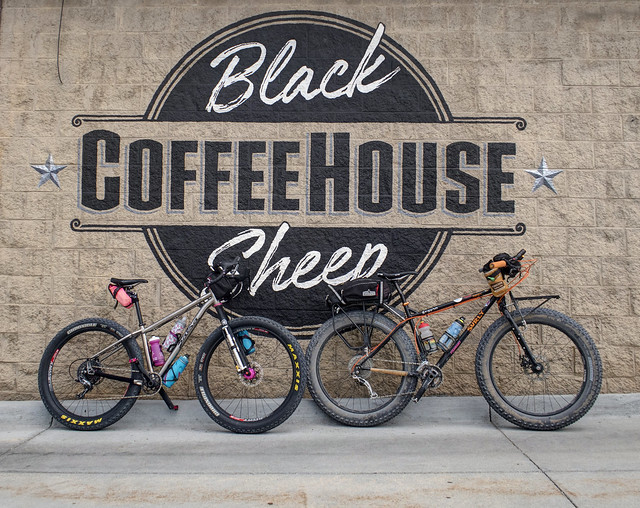 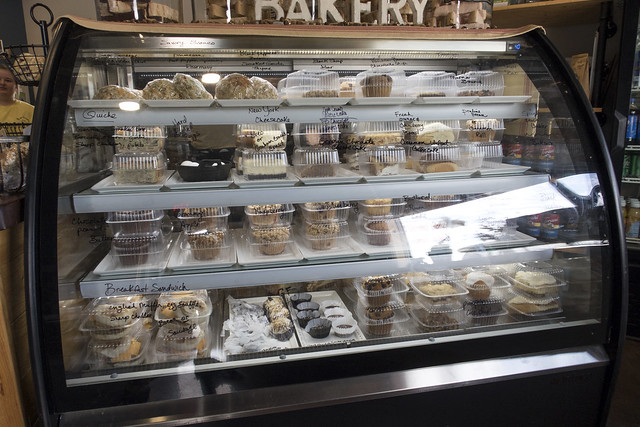 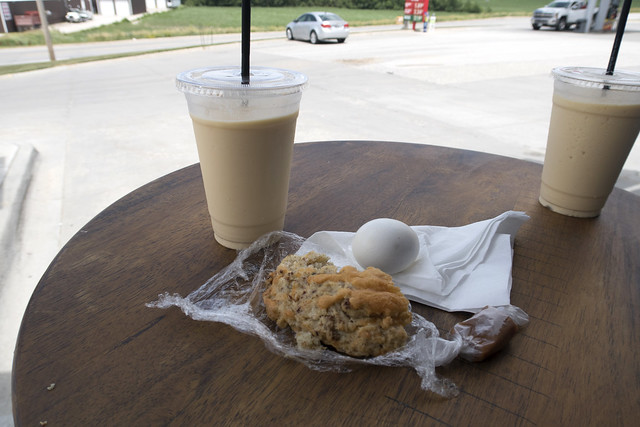 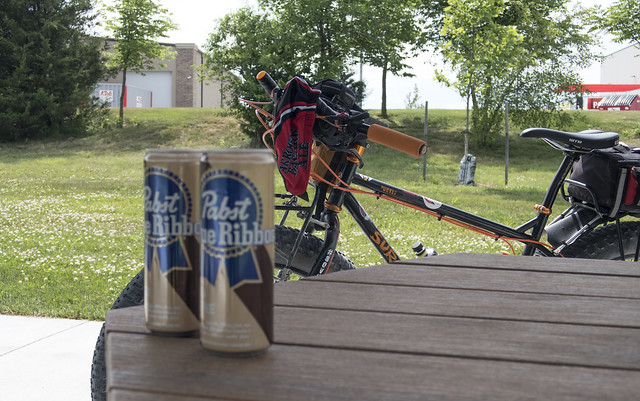 Sunday was another day and a ride of different sort, been doing a bit of riding of a different sort on Sundays lately. A little more exploring and a little more chill, it's been a good change of pace. Hope you all got out and enjoyed the weekend that wasn't supposed to be according to the weather forecaster.