28 Percent Of The Founding Fathers

Saturday was the 2nd annual Washington Jefferson Ride down in Hanover Kansas. Friday night I packed up all the cycling gear and hightailed it down to Lincoln to hook up with the regular crew and to shave 40 minutes off of the drive on Saturday. I thought it was all planned out so well, had everything packed and for the most part I did, until I turned on the camera to discover that the memory card was 2+ hours away in Omaha. So, there will be a lot fewer pictures this week but there will still be a few. 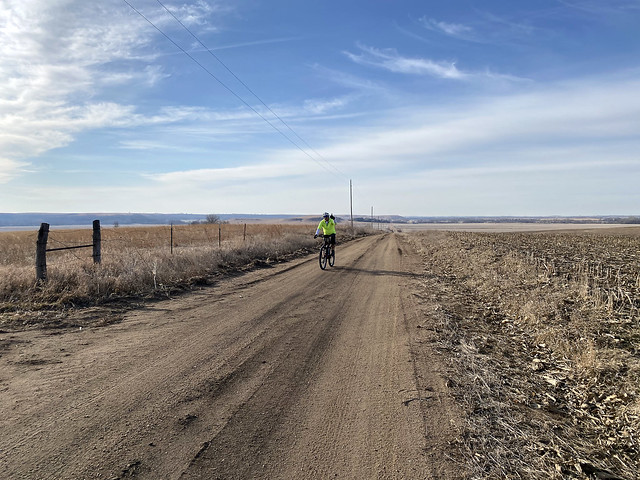 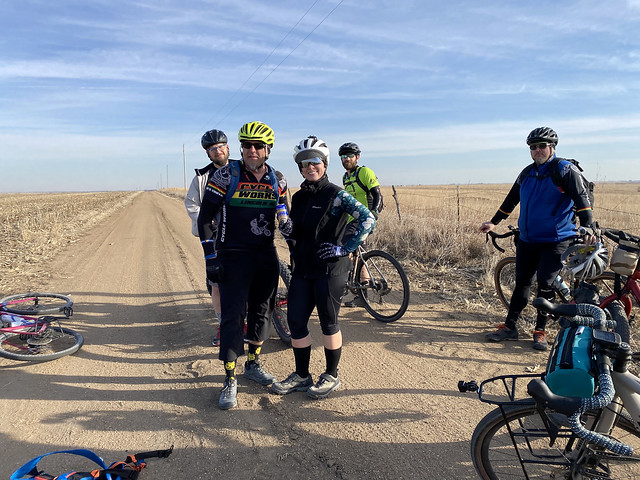 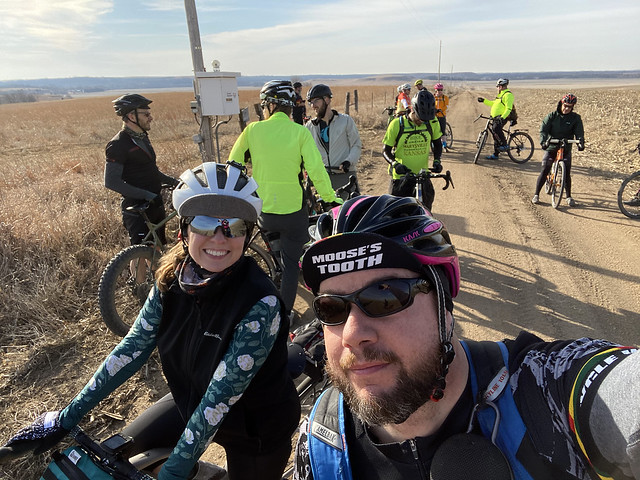 There was a little bit of everything on this ride, the temps were chilly to start but warmed up nicely, there was wind that just kept increasing as the day went on and the ditch beers were flowing on the ride as well. There was also a great group of folks from both Nebraska and Kansas, thus the name of the ride; Jefferson County in Nebraska and Washington County in Kansas. 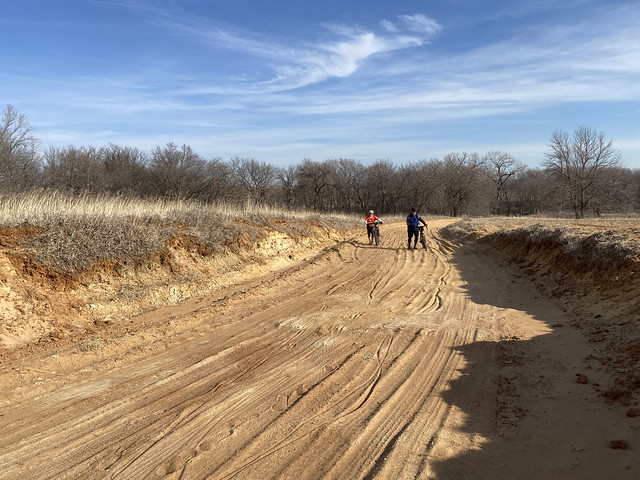 There was even a half mile of beach to navigate. 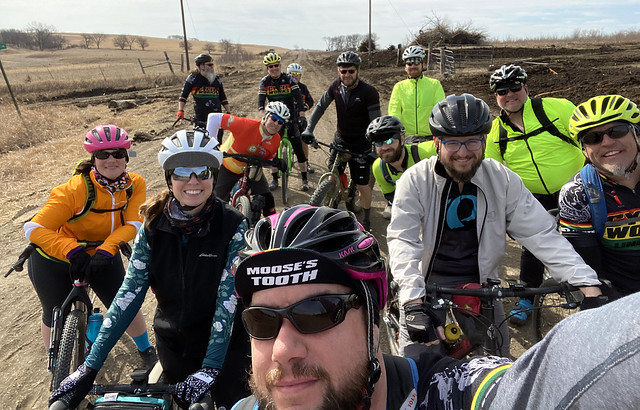 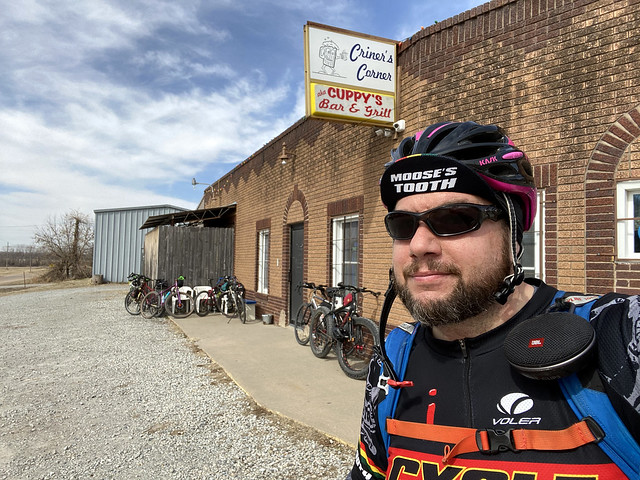 The first 30 something miles was a blast, the winds were picking up but they were at our backs so everything was smooth sailing. As a bonus the winds also meant that the annual burning of the Flint Hills wasn't happening on Saturday, the lungs appreciated that little treat. The first spot for refuel was in the bustling metropolis of Endicott Nebraska and the tiny Cuppy's Bar, where they have a loose interpretation of the state's no smoking policy but the beverages were cold and cheap. 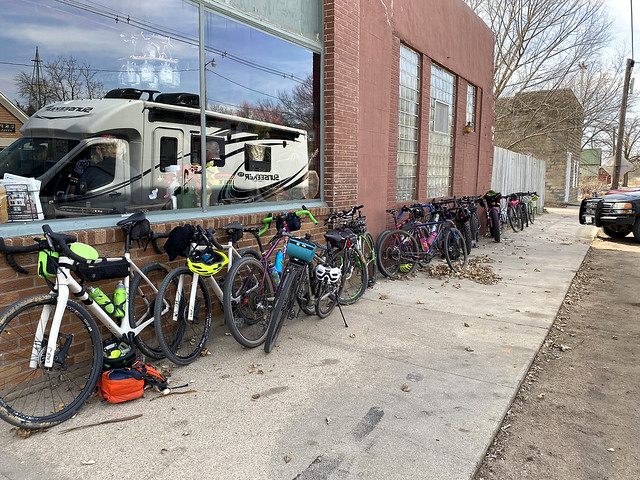 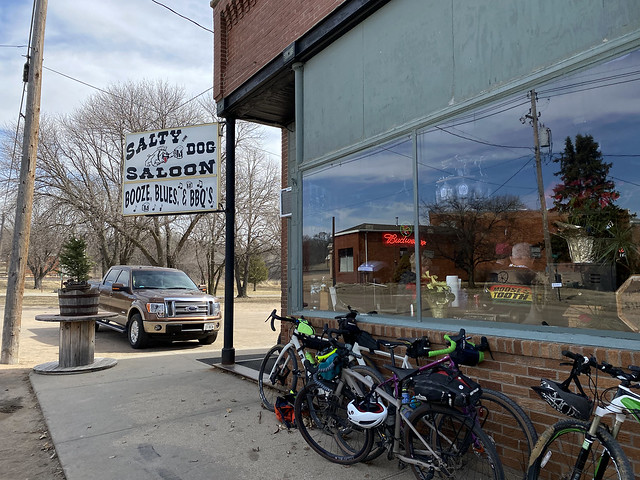 5 miles out of Endicott we met the full brunt of that tailwind as it became a head wind and it was not a welcomed event. Wind speeds according to Honeycutt's weather app were as high as 26 mph sustained winds with gusts much higher. 7 miles into the teeth of the head wind and we found ourselves in Steele City Nebraska and the Salty Dog Saloon. 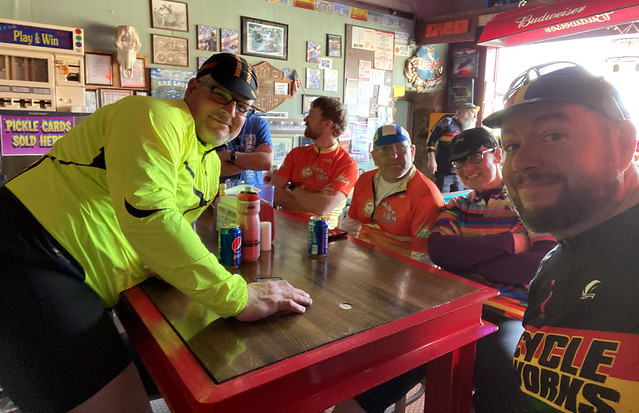 Beverages were had and lunch was eaten before taking off for the remaining 20 miles into the head and cross winds back to Hanover. There are no pictures of this 20 miles because you were either making small riding into the headwinds or holding with all you had and hoped that your wheels weren't blown out from under you from the crosswinds. This was likely the windiest ride I've ever been on and for sure the windiest one I can remember. 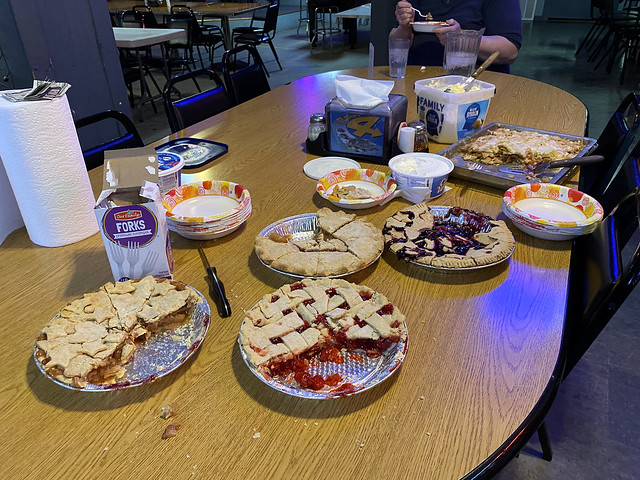 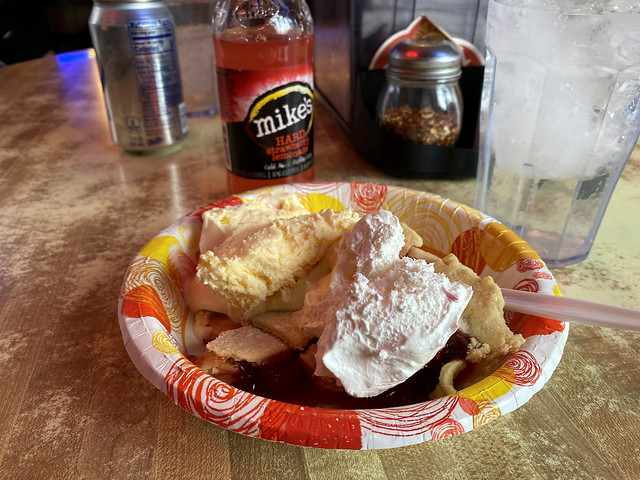 Back in Hanover, pie awaited the weary group and it tasted like heaven after sucking down all that gravel dust that was being blown up by the gusts. Super fun ride, really great group of Nebraskans and Kansans and delicious pie at the end, not sure what else you could ask for. I am already looking forward to next years ride.