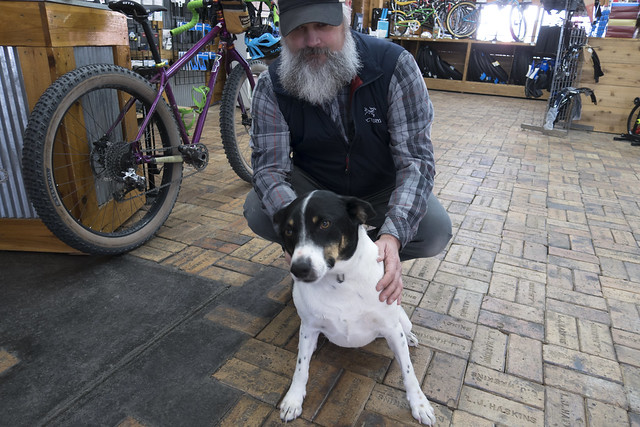 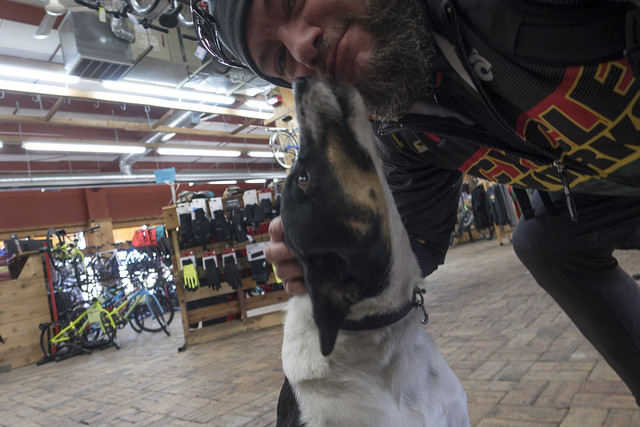 Well, that little prognosticating rodent did not see his shadow this year which means that in theory we are due for an early Spring. I, for one, hope that the little guy is right; not sure what it is about this winter but I am so ready for it to be over. I definitely don't want a repeat of last year where our worst time for snow and cold was from February until late March. 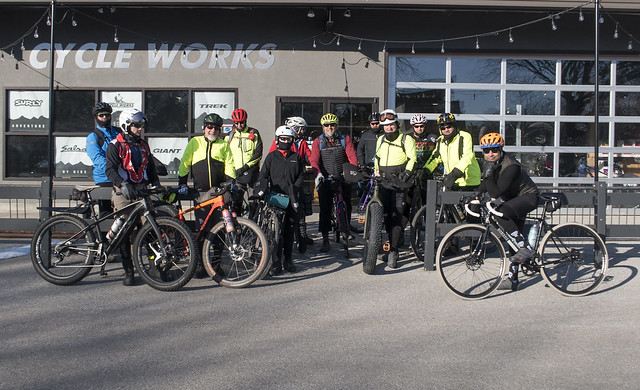 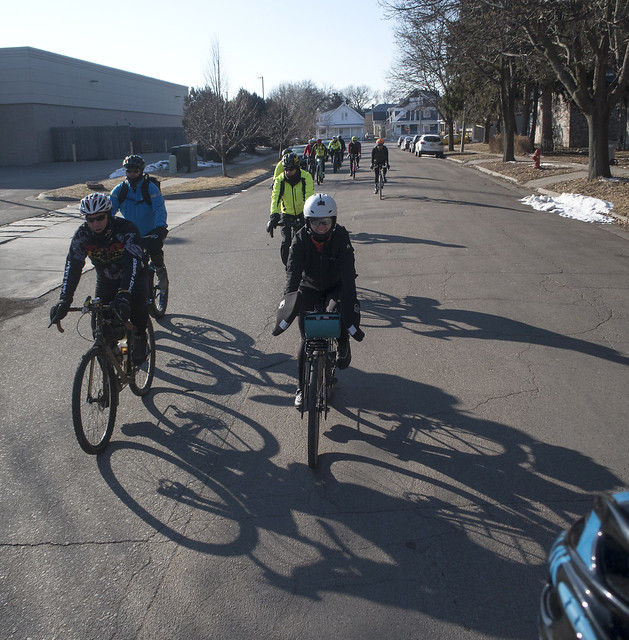 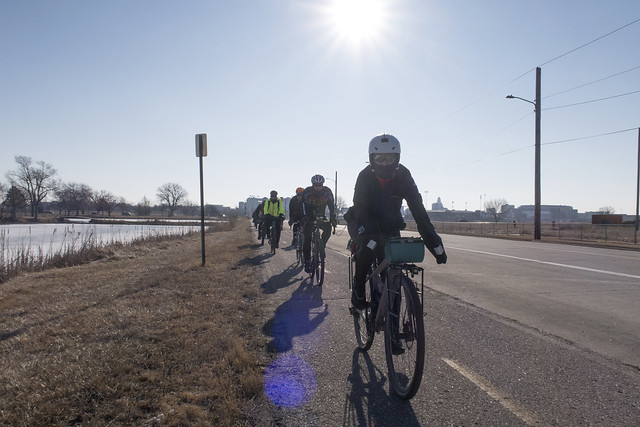 Saturday of course was the SMNDFBR, which happens most Saturdays so it shouldn't come as a shock to any "long time readers". The forecast early in the week looked absolutely wonderful with temps getting up to almost 50 degrees. What they fail to mention is that it won't get anywhere near that warm until about 3 pm and it will only last for about 30 minutes before it starts it's decline back towards not so nice temps. 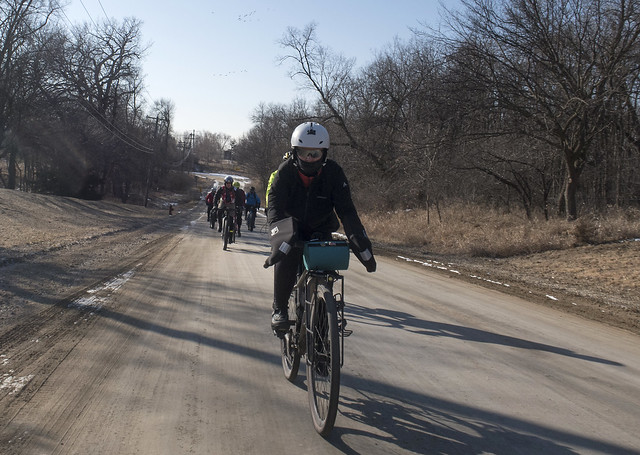 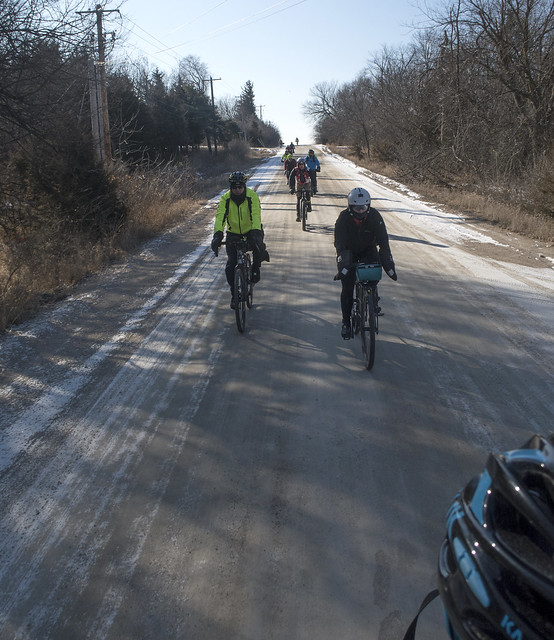 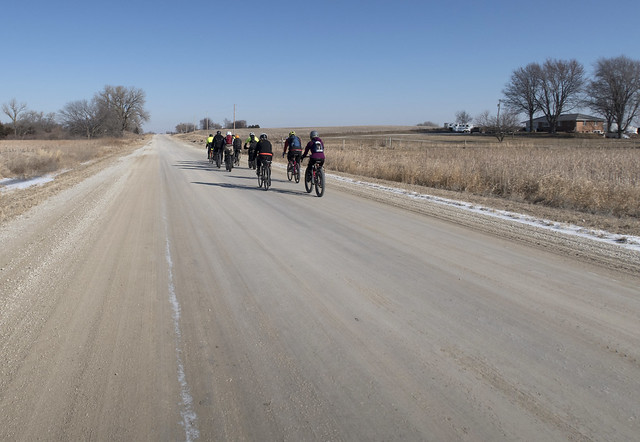 The plan on Saturday was to head out in a somewhat new direction for the group, explore a new to us road and then head out to Davey Nebraska before turning around and coming back. The colder temps in the morning actually helped to keep the roads pretty firm which made them fast rolling. We did have a slight navigational mishap before we ever left town but got that straightened out fairly quickly. Having led a ride now for several years a few things always baffle me when it comes to organized group rides. I cannot tell  you how many folks will lose their minds if there isn't a posted route in advance of a ride, I also cannot tell  you how many of those same folks will never download the route and maybe never even look at it. I have also discovered that if  you don't know where you're going, you should always be out front because speed seems to garner trust from the rest of the group, so when you do miss a turn you are almost guaranteed to have company. I have also come to the conclusion that it is pointless to try to chase or wait for those who go off course because they often will never turn around and head back the way they came to find the correct route. We haven't lost anyone yet so I suppose there is that little nugget to serve as the silver lining. 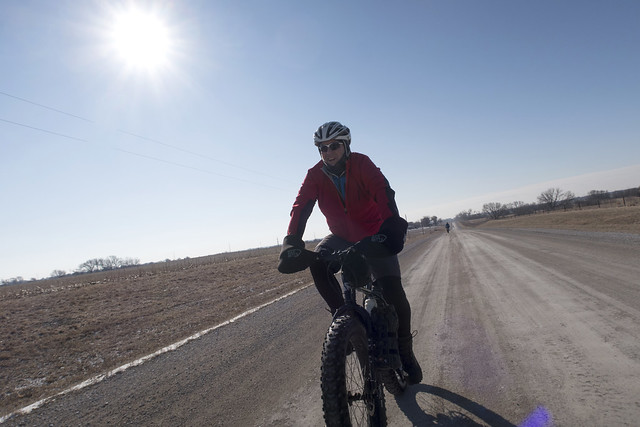 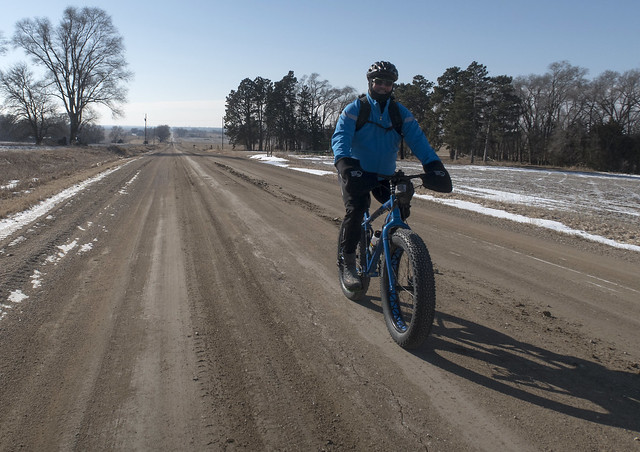 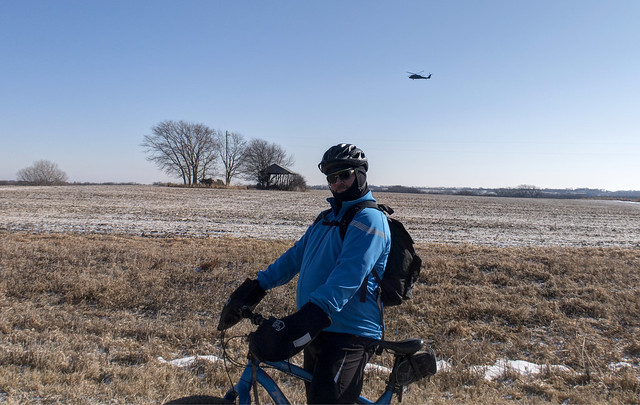 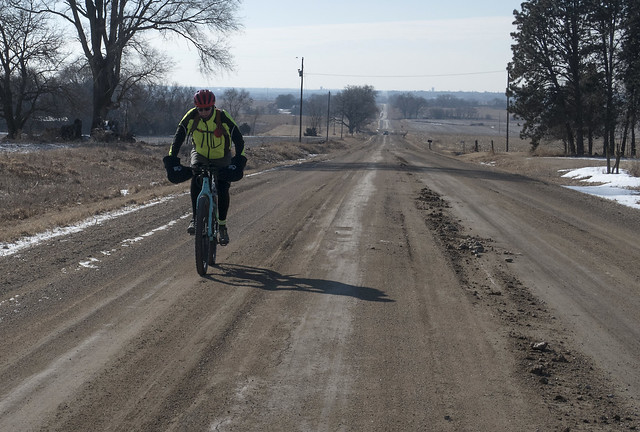 Headed out of town to the north which meant we would have to take on the head wind on the way back, which generally isn't the way you want to do a ride if you can help it but I figured that the tailwind would be a nice warm up before the bitter cold of riding into it needed to happen. Roads were rolling fast and Honeycutt was looking pretty cute while posing with the Blackhawk in the background out on drills. 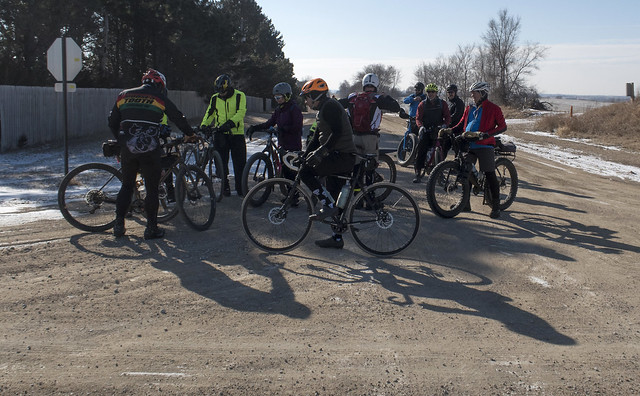 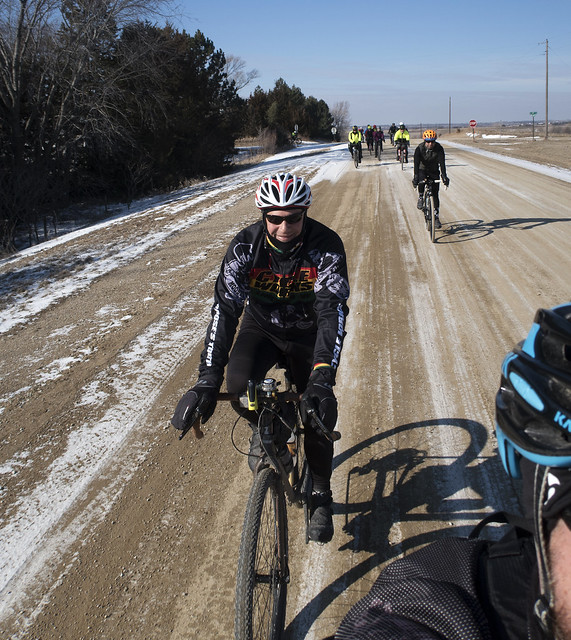 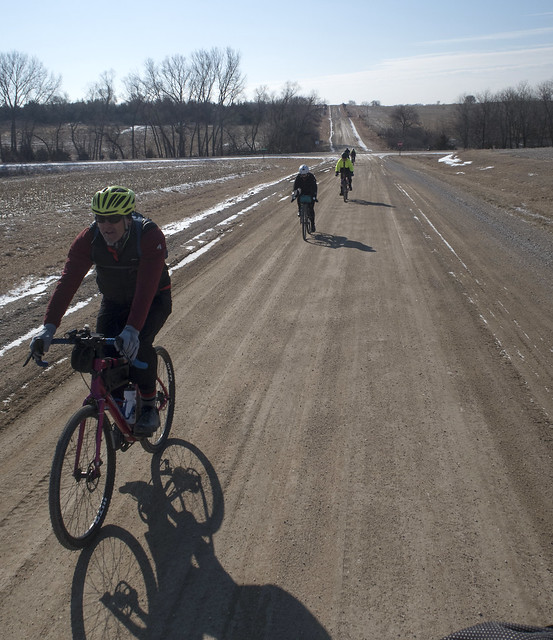 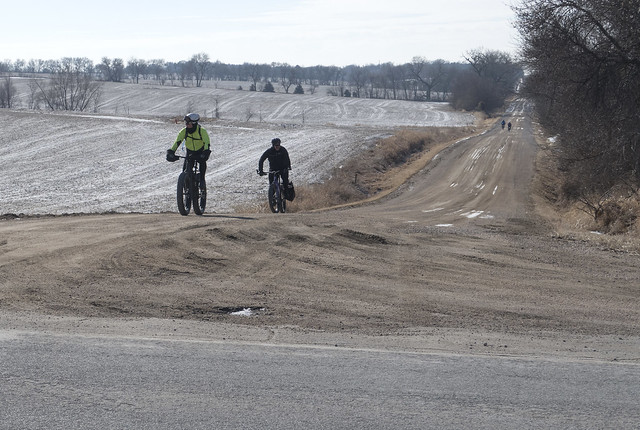 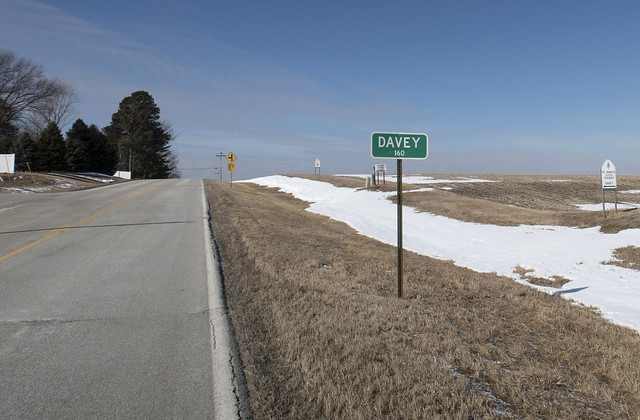 With the tailwind, the fast roads and the front end feeling their oats yesterday morning, we sailed into the metropolis of Davey way earlier than I had hoped we would. 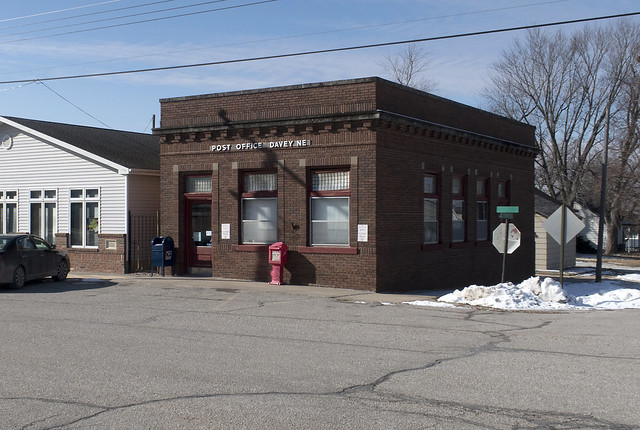 The Davey Post Office was the only business opened on Saturday morning, food sucks there and the service from the wait staff... don't even get me started on that. 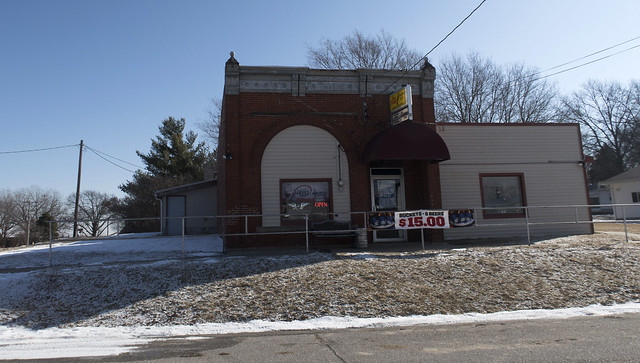 Much like most self respecting, upscale, rural Nebraska, small towns; Davey does have a tavern but it doesn't open until noon on Saturday and we found ourselves already in Davey a little bit before 11 am. We did have a slight glimmer of hope since the Open sign was lit up and flashing but as it turned out, the closer from the previous night merely forgot to extinguish it on the way out.

So there we sat for a few minutes in downtown Davey, eating Kind/Clif bars, sipping water and contemplating where we had gone so wrong in life. 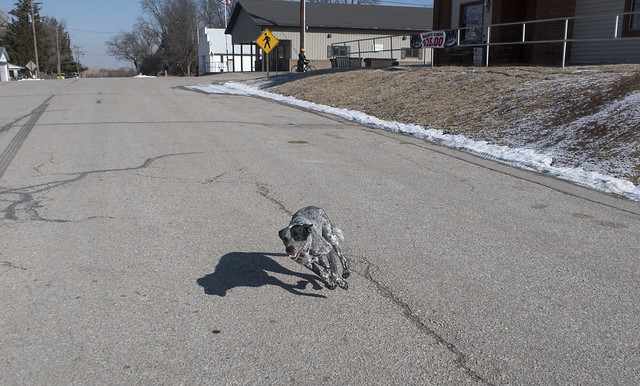 We must have been making a fair amount of noise because it wasn't long before the town greeter was summoned and showed up to welcome us all to Davey. He was very thorough and enthusiastic about his job and made sure to stop by and say hi to everyone. 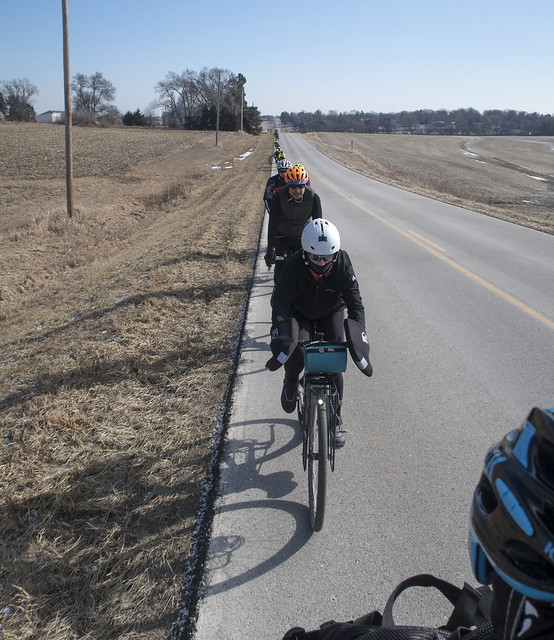 Had to play roadie for a about a mile coming out of Davey, fortunately the gravel roads were busier than Davey Rd was and we didn't encounter a single vehicle on the pavement. 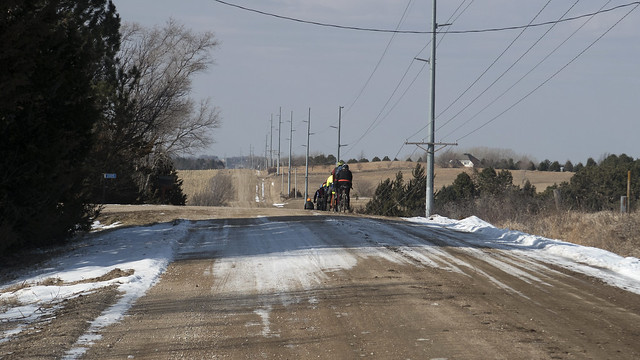 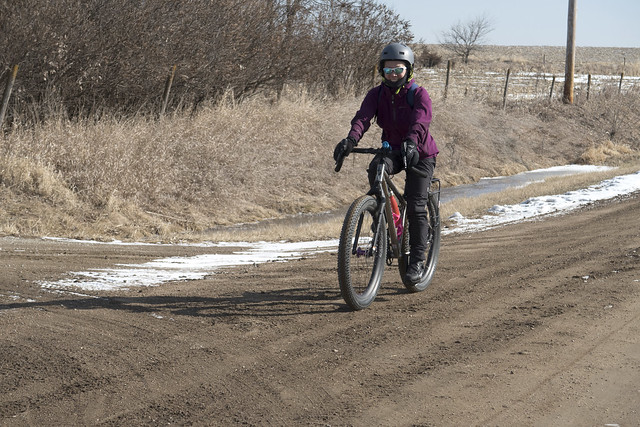 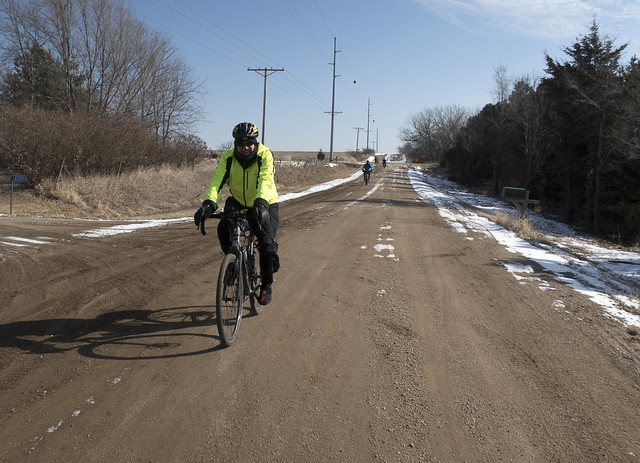 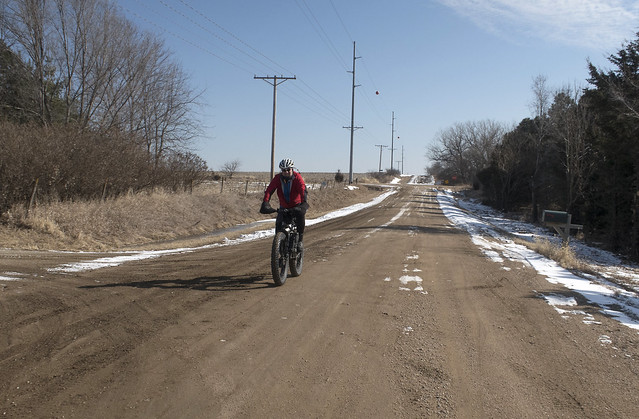 Seems like the winds picked up a little bit while we were enjoying them at our back, the turn back south and southwest was markedly chillier. 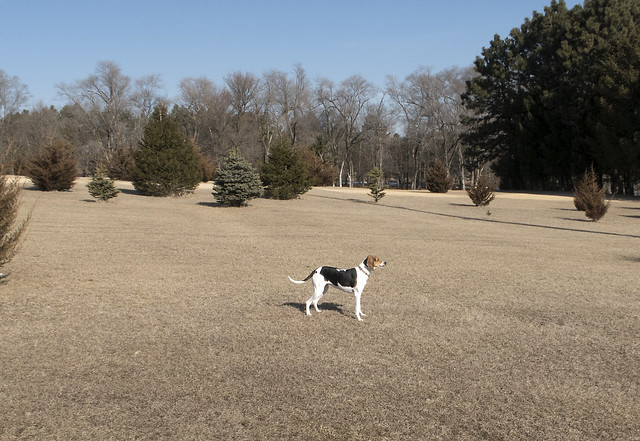 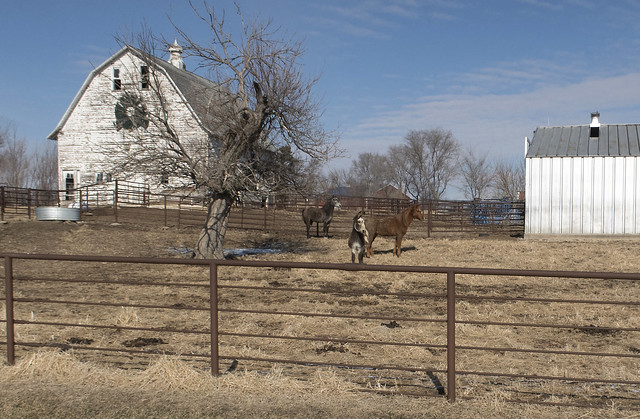 The wild life we encountered did not seem to care about the wind and were out soaking up the sun. 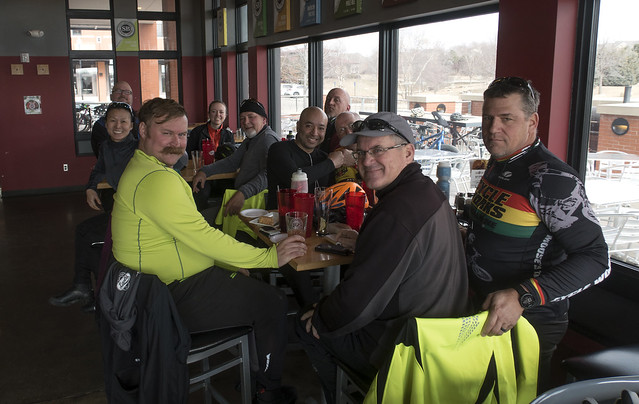 By the time we got back to the Fallbrook area we were plenty chilled so a quick stop at SchillingBridge was in order for a little warm up and socializing. 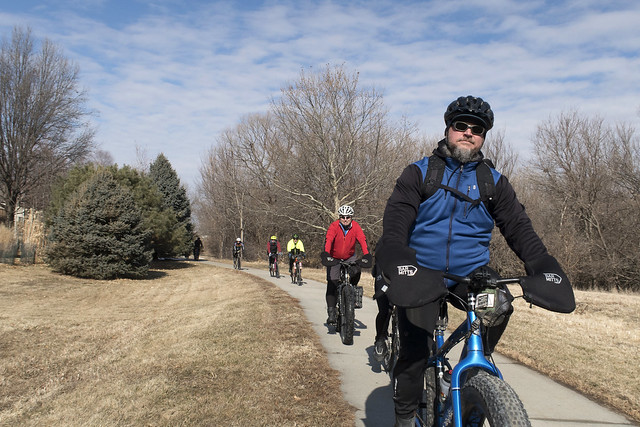 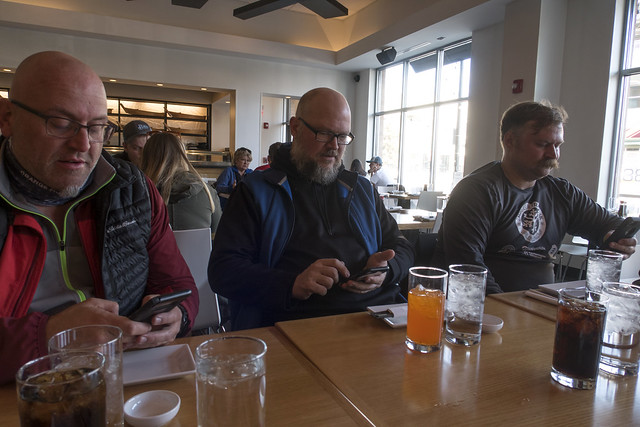 SchillingBridge pretty much ended the official part of the ride but after a warm up a few of us decided to head down to the Haymarket area and hit up Hiro 88 for lunch. The kids of the 90s were all glued to their phones but the food was good, so there was that.