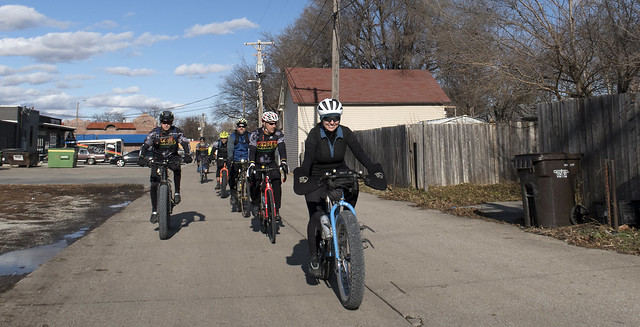 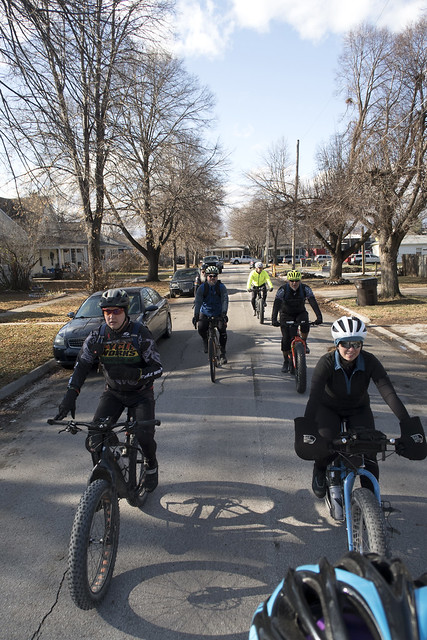 Weather in the mid west is always a crap shoot, even more so in the fall; you never know what you're gong to get or how accurate a forecast is actually going to be. That mixed bag of guessing got us over the Thanksgiving holiday weekend, we had plans to head to Denver but with 18+ inches of snow being dumped in Colorado and Western Nebraska the night before we were supposed to be on our way and freezing rain called for on the day we were supposed to be driving back, those plans got cancelled. No need dying for a little cooked non flying bird. That didn't mean that we didn't piece together our own little feast at the last minute however, so food a plenty was eaten on Thursday and Friday, more than one person probably should eat in several days. 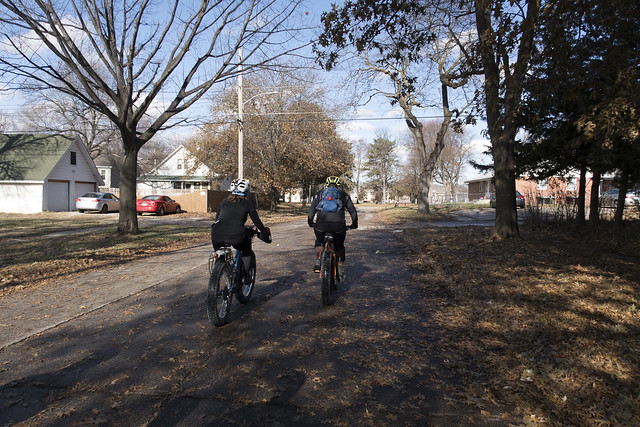 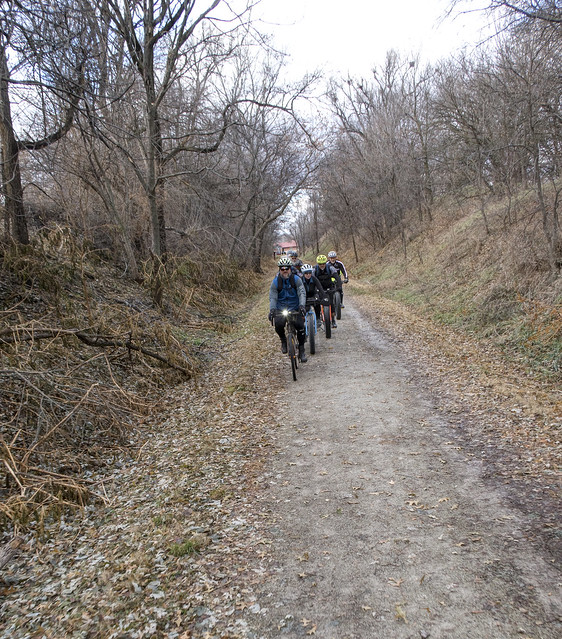 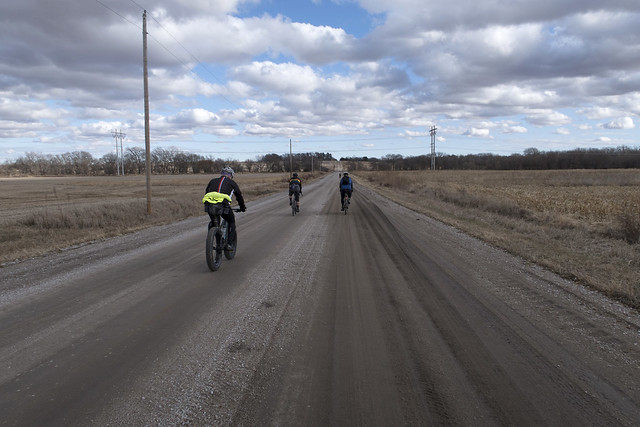 Since the plan was for us to be out of town, there was not an official Saturday ride planned but after eating enough food to feed a small army and not leaving the state after all, an impromptu ride on Saturday felt like a necessity. A private event for the first, potentially annual, Fat Bastard Ride was created and the usual suspects were invited to rally up at the shop at 12:30 for some miles and smiles. 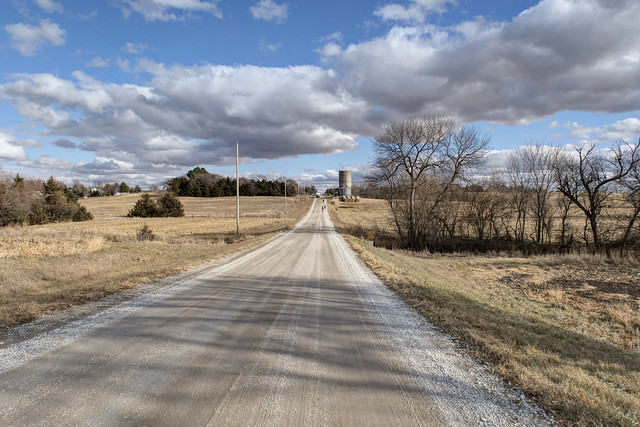 With a steady drizzle pretty much all night the night before, I suspected the gravel was going to be a little moist and soft but the temps were supposed to stay in the 50s to start and the sun was giving it it's best effort to come out and and warm things up. That wind however was not all that welcomed but it didn't seem to care and stuck around any way. 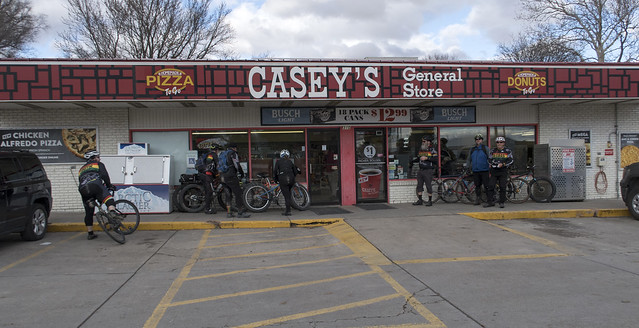 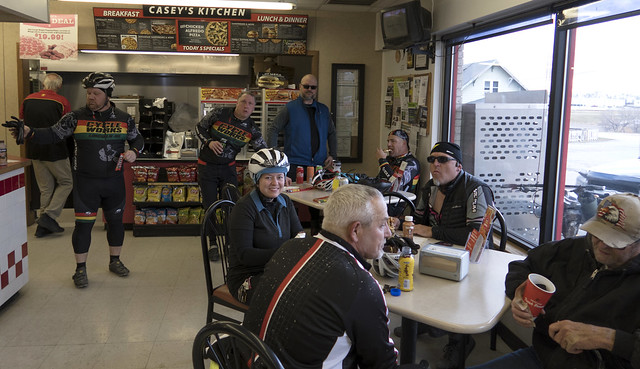 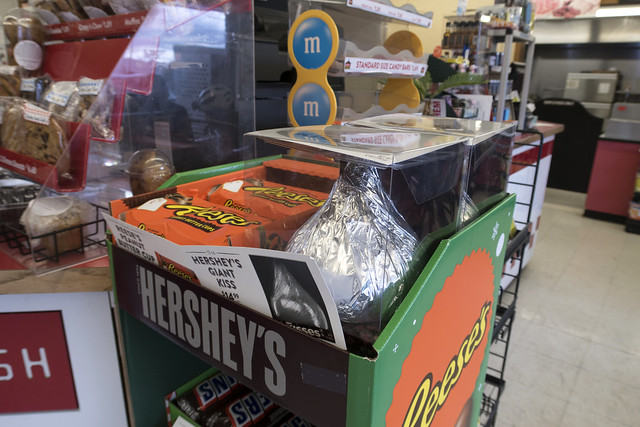 The plan was to head out to Eagle and stop at the West Casey's because west has pizza and east has Subway, on a windy and sloppy day pizza beats sammiches hands down. Nobody tried the gluttonous 1 lbs Reese's Peanut Butter Cup or the even larger Hersey's Kiss. 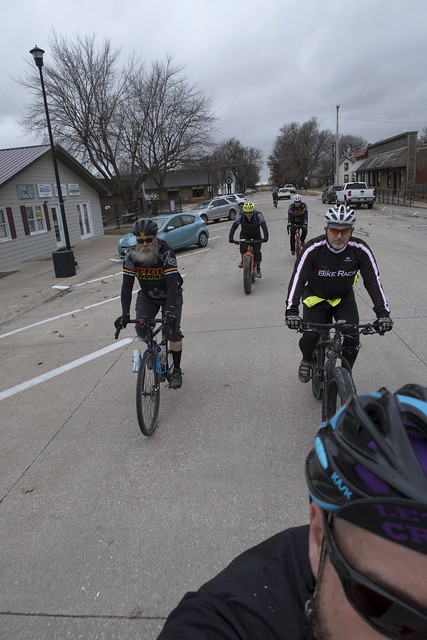 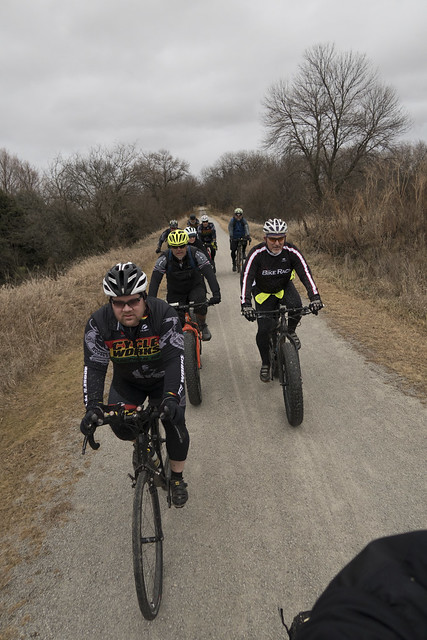 While we were in Casey's the clouds rolled in and the temps dropped significantly, a quick look at the radar and we decided to hightail it down the MoPac back to Lincoln rather than take the way originally planned back. It t'was a good call as just a little bit out of Eagle the spitting started and that turned into full on sprinkles shortly after that. Cold and wet is no way to spend the day. 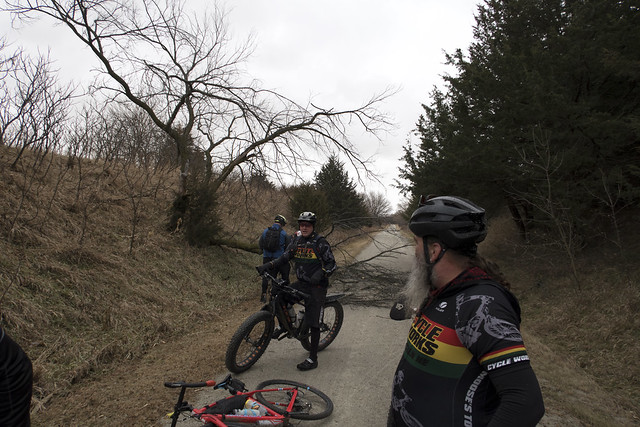 We did take a quick time out from hustling back to clear off a downed tree from the trail that was across the span of the trail. 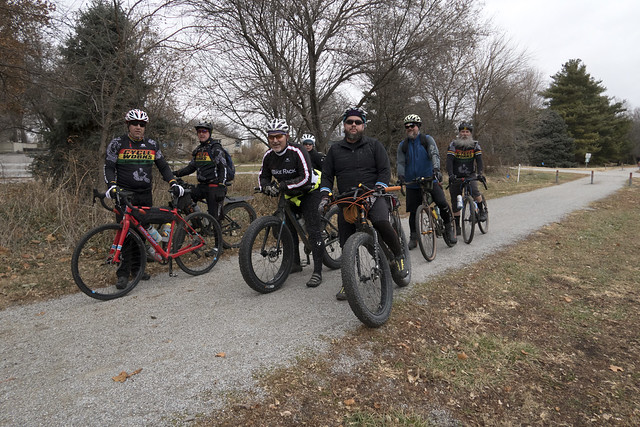 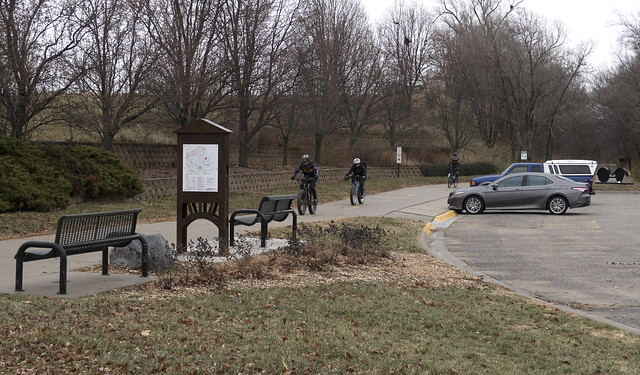 Speeds ticked up considerably on the flat MoPac but with the rains starting to increase there really wasn't much point trying to keep folks from trying to get somewhere dry as quick as possible. 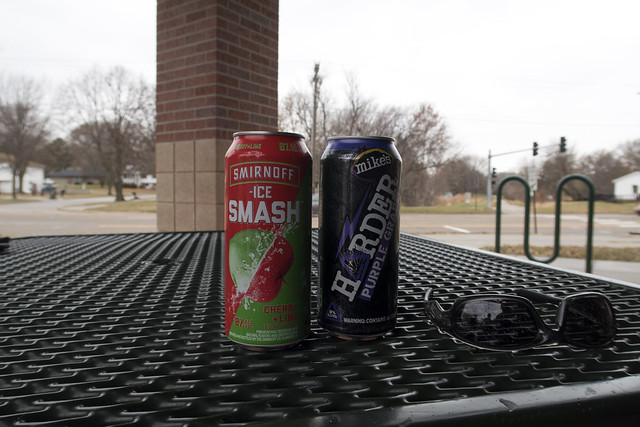 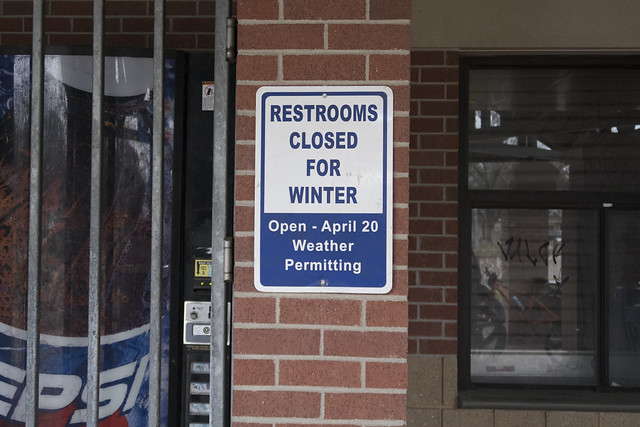 Before the rains started we had planned a hut stop but decided better of that and ended up having the barley beverages once we were dry under the cover back in Lincoln. Not craft beer for sure but small town convenience stores have a very finite collection of things to choose from, the grape one tasted more than a little like cough syrup if that's your thing. Also, try not to pee during the off season; urination is only allowed in the warmer months. Sign should have told you that.

It was a crazy temperature change from beginning to end but it was good to get out and burn off a few of the millions of calories ingested over Thanksgiving. Plus all that shivering helps to burn even more.