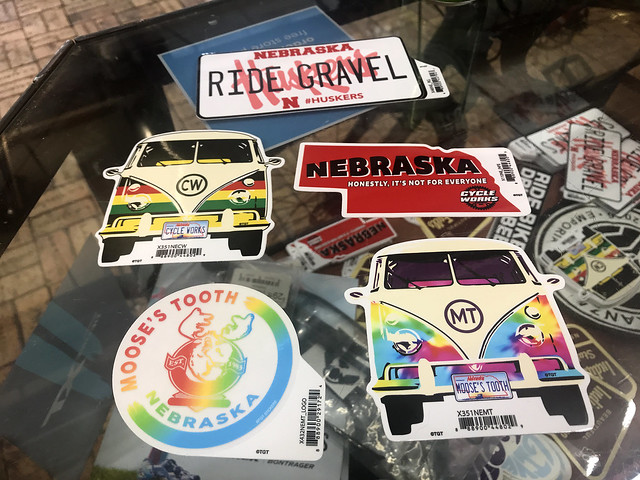 I don't know what it is about a thin piece of vinyl with a bit of adhesive on the back that makes people squeal with glee but it happens. I know picking up a fresh round of Cycle Works stickers sure helped to brighten an otherwise moist and dreary morning for me on Saturday. 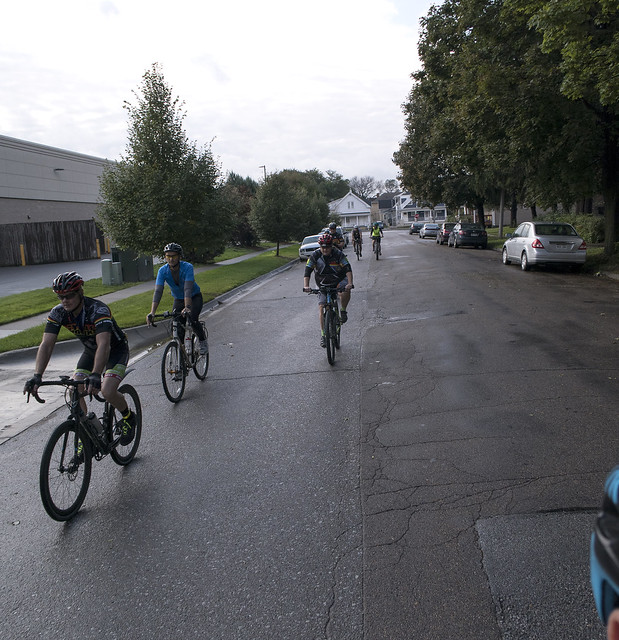 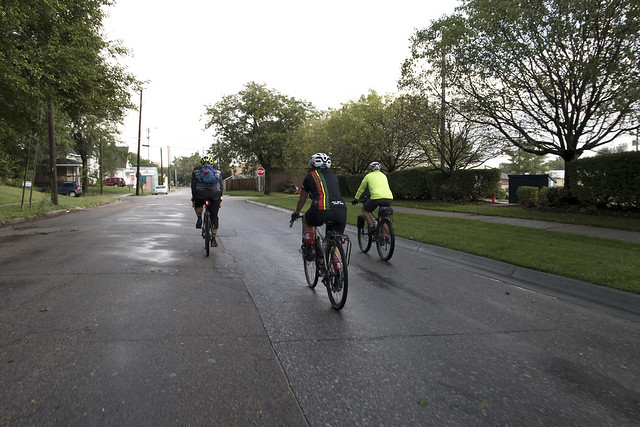 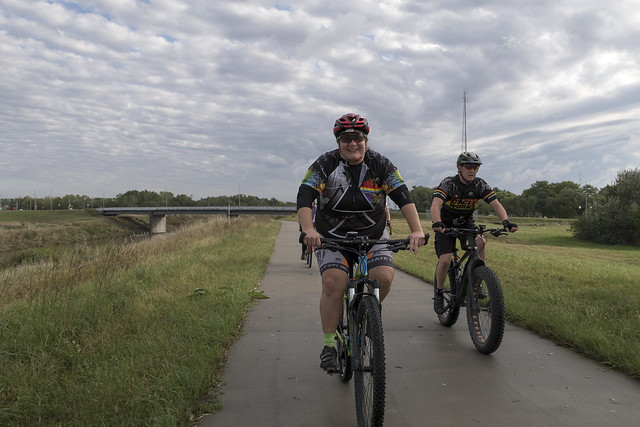 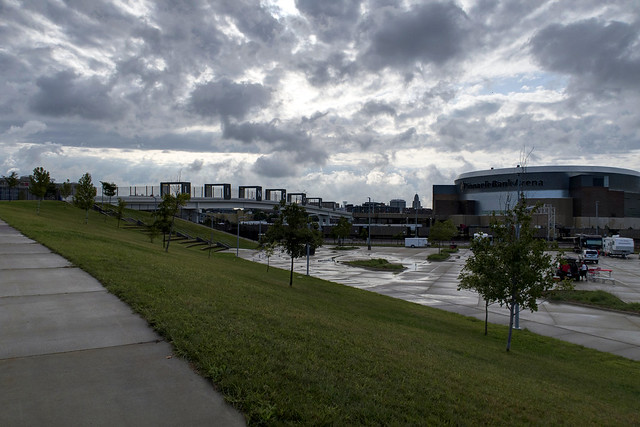 As has been the case around her for the last month or so, it rained pretty decent overnight on Friday and into early Saturday morning and the rain didn't let up until around 8am on Saturday, so the plan was to stick to the multi use paths in Lincoln and hit up a breakfast spot. Avoiding the muck and mire of wet gravel sounded like a great idea to me. 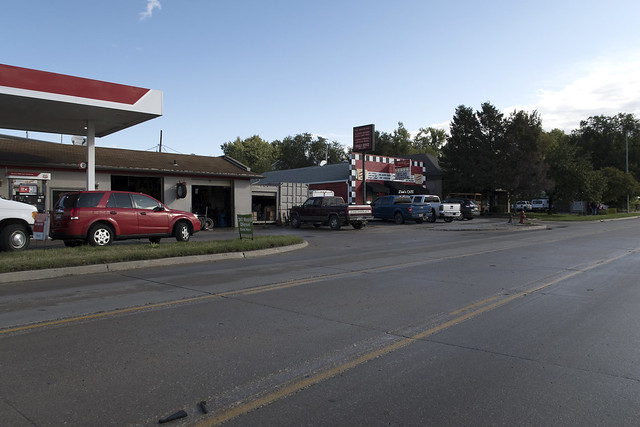 The original plan was to stop at Tina's for some breakfast, I had never been to Tina's but have always heard good things about it so figured we would give it a whirl. However Tina's is roughly the size of a large tool shed so it didn't look promising to find a table with 4 cars in the lot and a line out the door by the time we rolled up. Onward toward Plan B it was in hopes of finding seating there, on a Husker home game Saturday it can be difficult to find anywhere that isn't super busy. 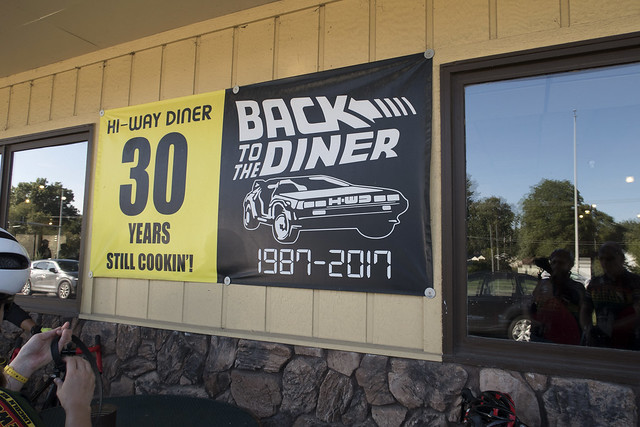 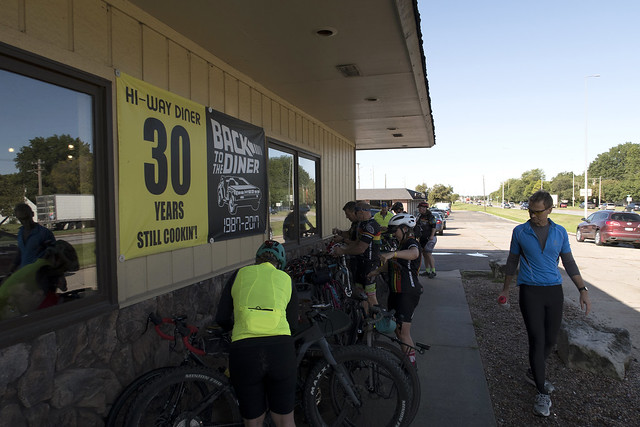 Plan B was the Hi-Way Diner, a Lincoln icon for the last 32 years and still going strong. I haven't been here in a while but the place never really seems to change and maybe that is a good thing. It definitely seems to be working for them. 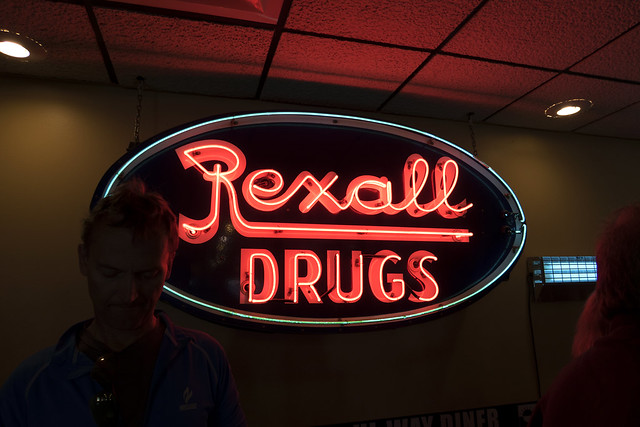 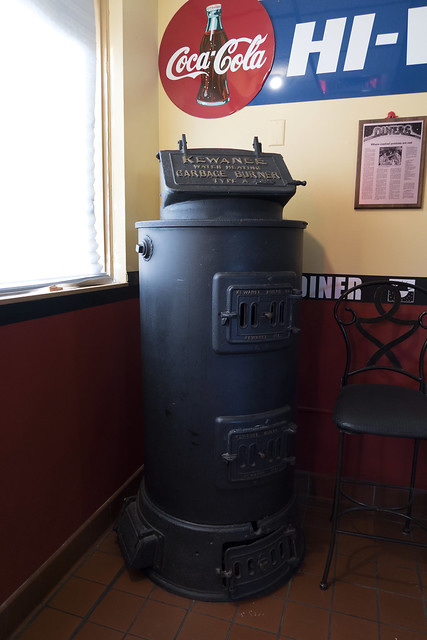 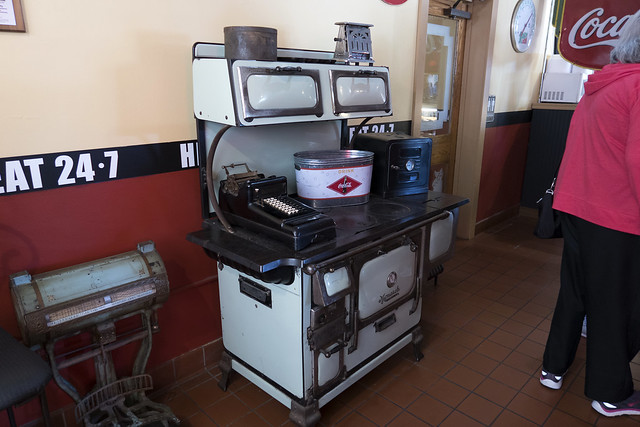 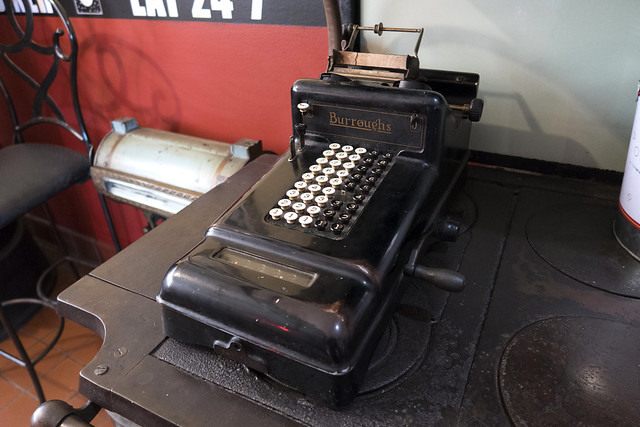 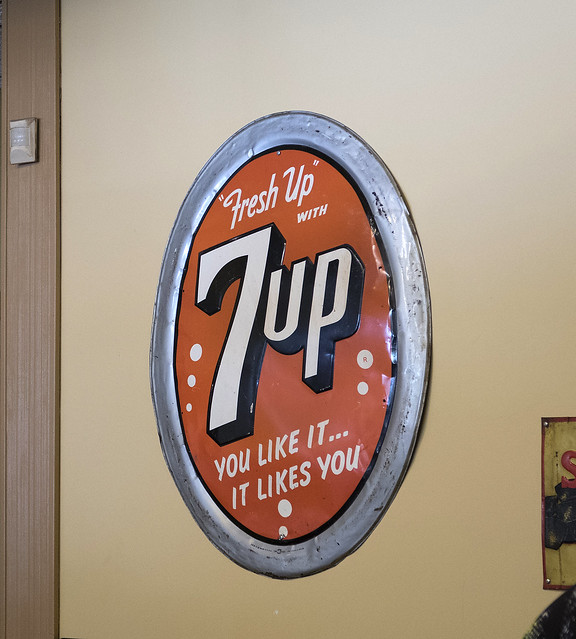 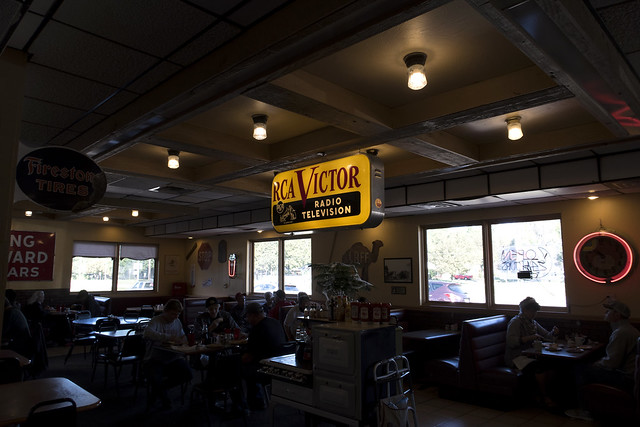 With it's homemade style comfort food and eclectic collection of nostalgic signs and appliances; the Hi-Way Diner is a true representation of a Greasy Spoon from yesteryear. Greasy Spoon is a term that is not used all that much these days but my parents and grandfather used the term all the time when I was a kid and it was always used to talk affectionately about small, local, non chain restaurants. They were plentiful then but are a dying breed now-a-days so it's always good to see one of  them hanging in there and doing well. Generally speaking when I route these rides I try to stick to local spots and avoid the big chains if possible. Every server might not have their 15 pieces of flair but sometimes that's OK. 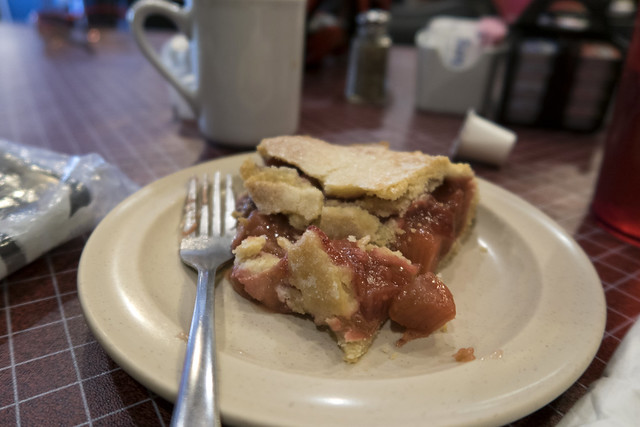 The Strawberry Rhubarb pie was phenomenal, highly recommend it if you're there and they have it. 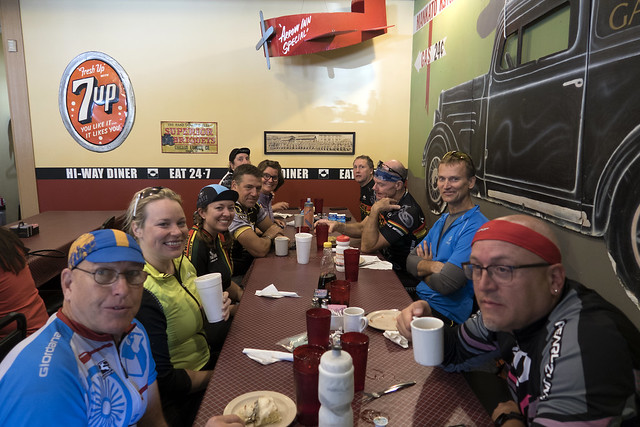 It also happened to be Sarah's birthday so we sang rousing rendition of Happy Birthday for her and even had the large table behind us join in, we probably won't ever be called upon by Applebee's to come sing for them but I don't think we did all that bad. 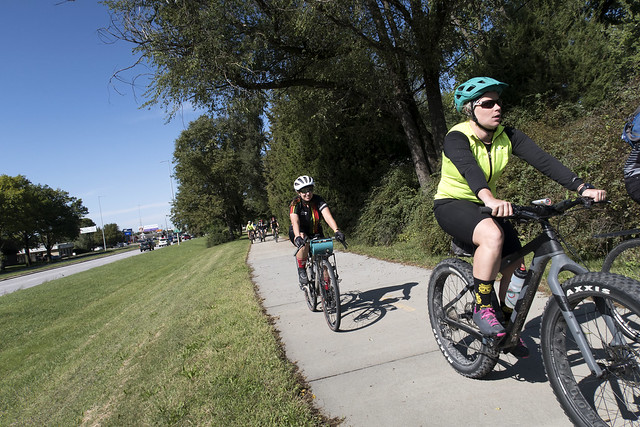 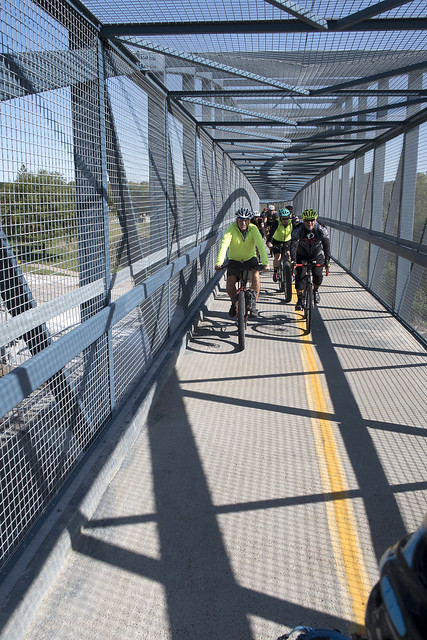 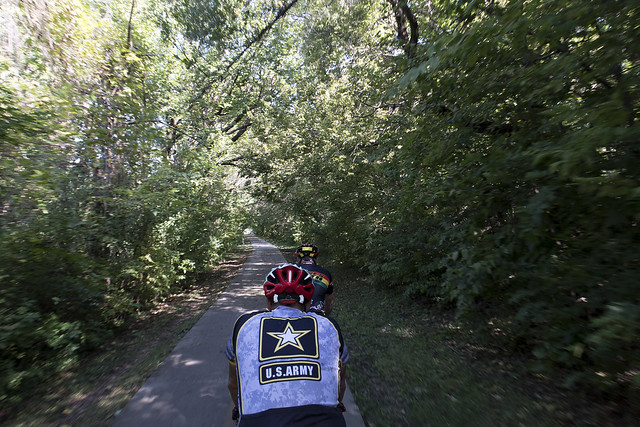 To help burn off that breakfast, most of the ride was after the breakfast stop utilizing the local trail system. Won't be long before all those green leaves are putting on a show of oranges, yellows and reds. Fall is some of the best riding of the year. 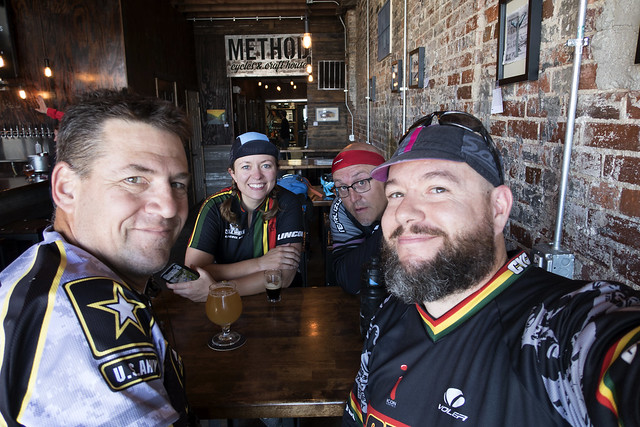 On the way down the Rock Island people started pealing off and heading home, a few of us ended up at Method for some additional socializing before calling it a day. Despite the wet start to the day once the sun came out it was a great, if breezy, fall day for a bicycle ride. 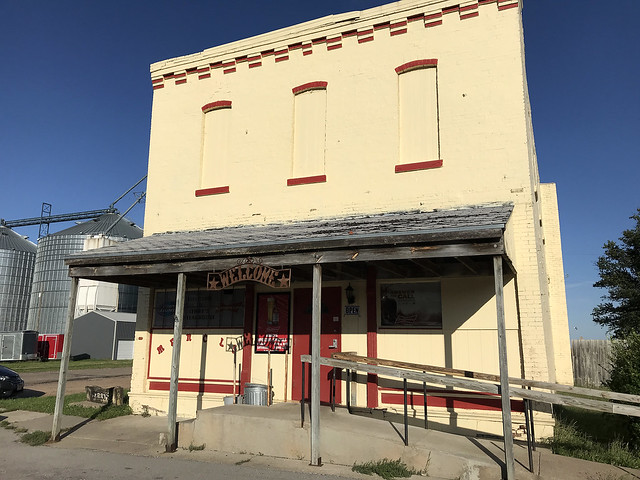 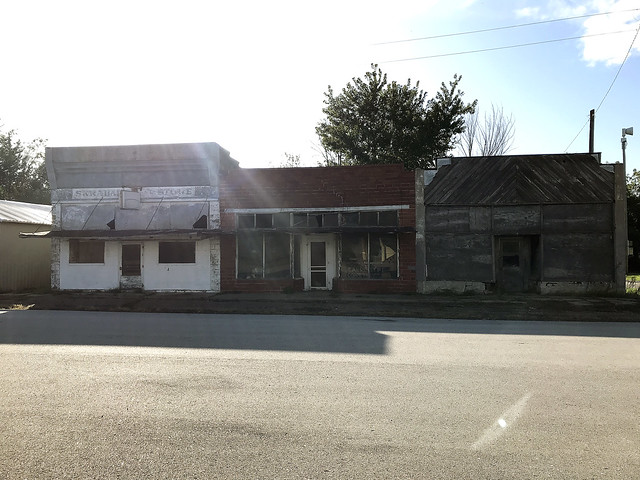 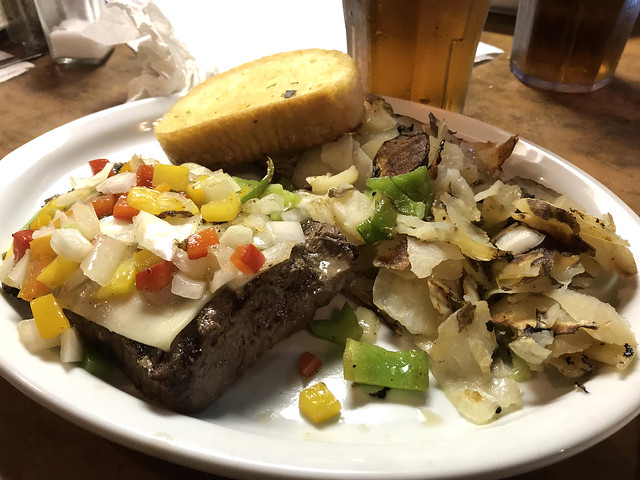 While not part of the ride but I figured I'd give them a shout out any way because small town Nebraska deserves all the help they can get, I found myself at Terry's Steakhouse in Virginia Nebraska. It is a place that I have had my eye on for a ride but it just hasn't ever worked out yet so this was the first time I'd been out there but I had always heard great things about them so I was pretty excited to give it a go. It was well worth the drive. I had the Flat Iron steak but their special on Saturday nights is a huge cut of prime rib, which most of the table had, and it also looked delicious but I've never been a big fan of prime rib myself but to each their own I suppose. Friday night's special is all you can eat fish and chips which is also supposed to be a popular choice when at Terry's if that is more your thing. Where the heck is Virginia Nebraska you might be asking, well it's just a country mile west of Beatrice on highway 4 and only about an hour drive from Lincoln. Give them a try, you won't be disappointed.
Posted by Rydn9ers at 10:23 PM