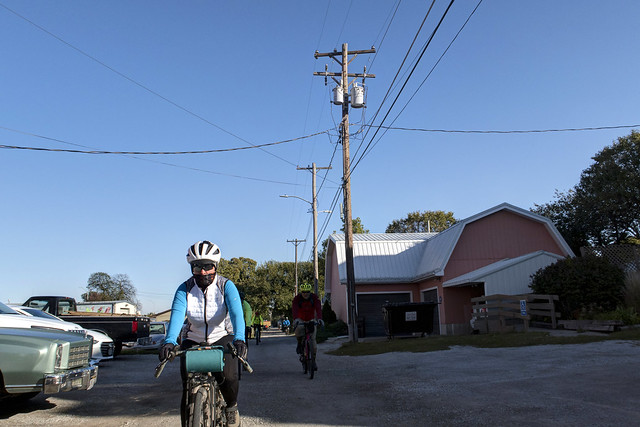 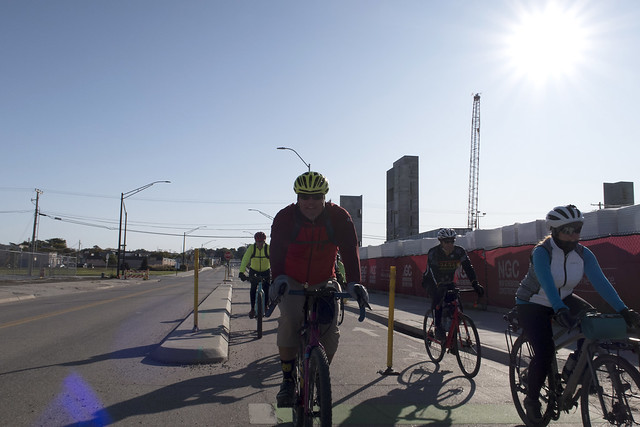 Ready or not, the cold season is upon us. With temps near 30 in the morning and near 60 by the time we would finish, layers, layers and more layers were the key. 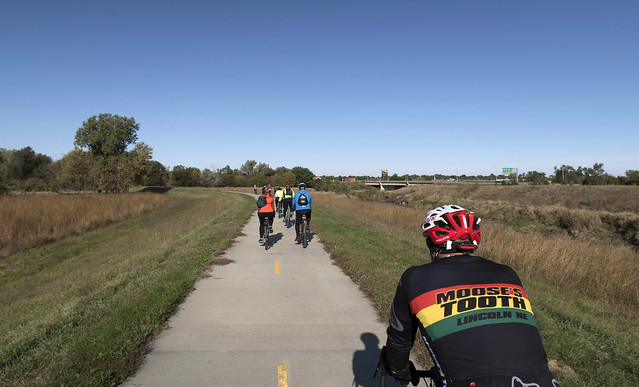 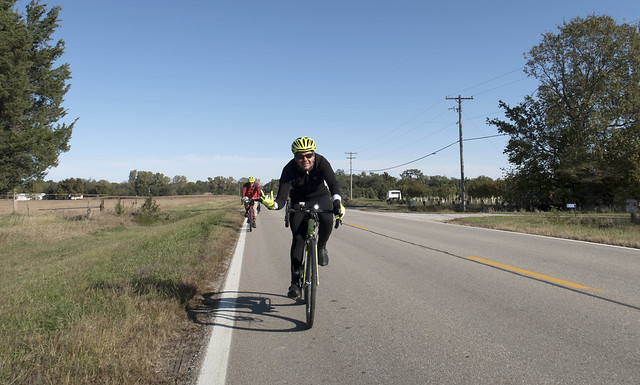 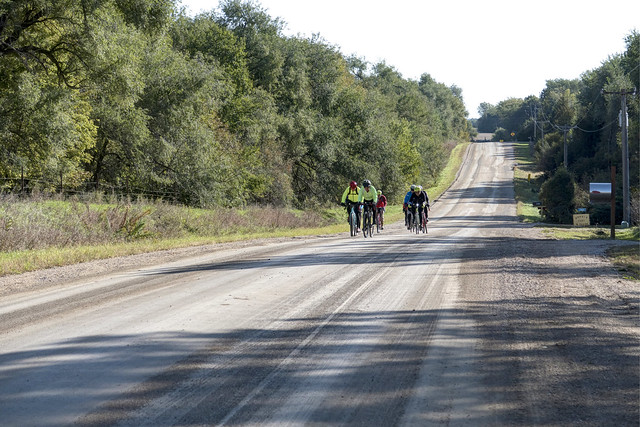 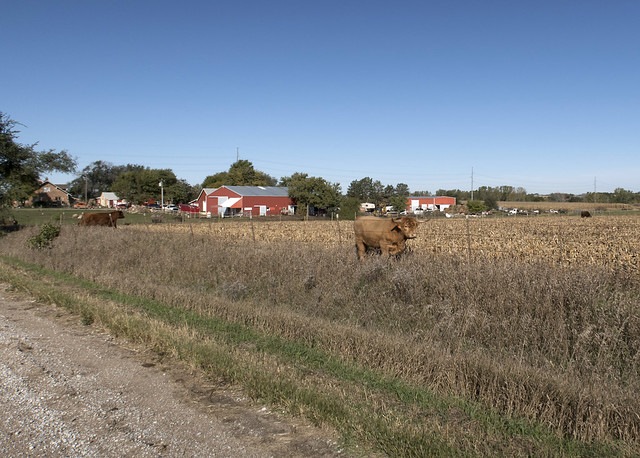 The plan for Saturday was to head out in a southwest direction and then loop around to Malcolm before heading back to the Capitol City. 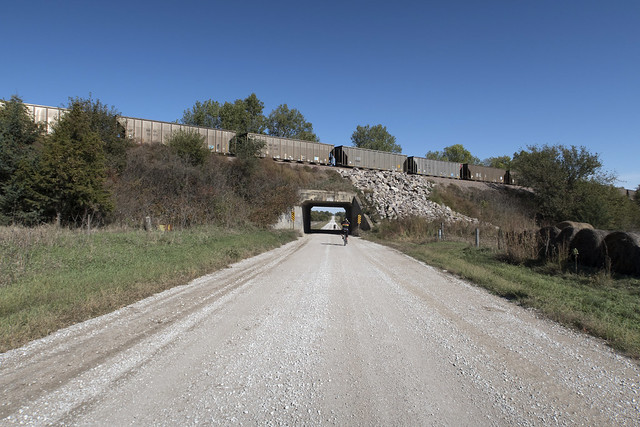 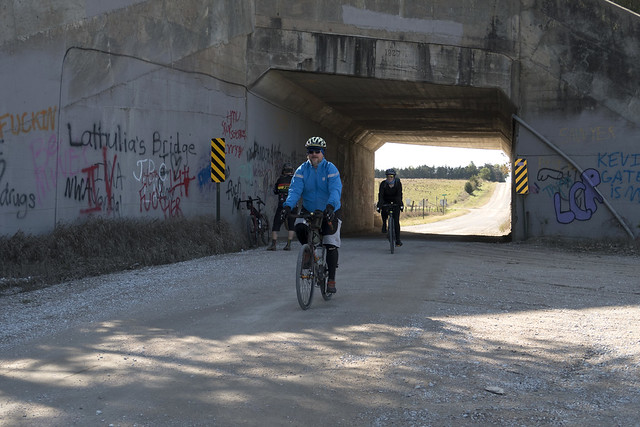 We did detour from our normal Malcolm route slightly to swing by the 112th St tunnel. Love this hidden little gem not to far from town and from looking at the graffiti, we aren't the only ones who are infatuated by it. 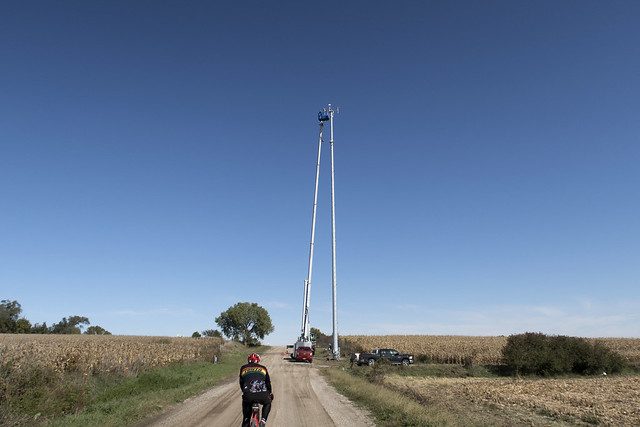 Well there is something you don't see everyday, a guy in a basket on top of a pole fixing something else on another pole. 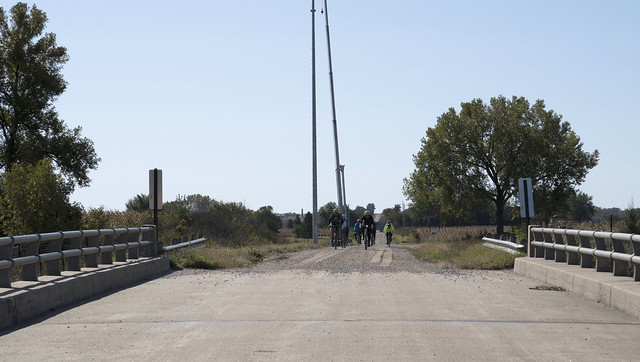 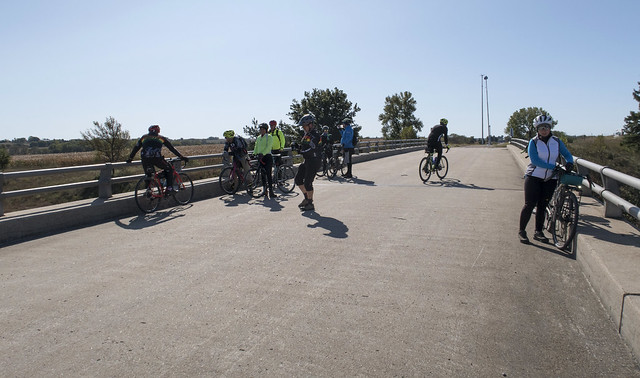 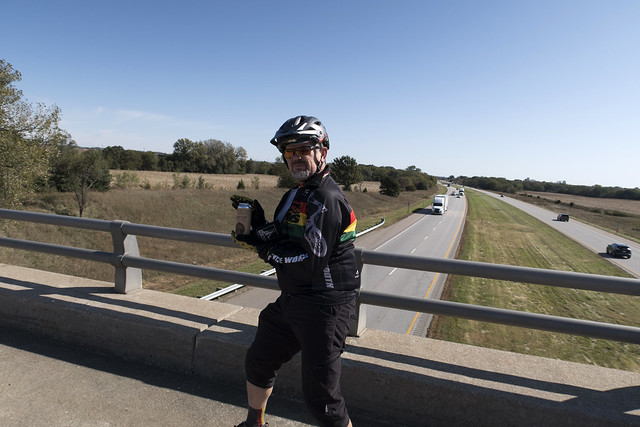 A few hundred yards past pole man we stopped over the interstate for a really tasty offering from White Elm, a bit of a high class bridge beer if you will. 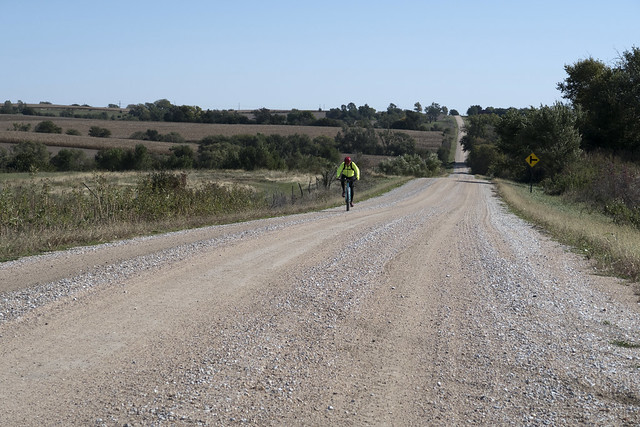 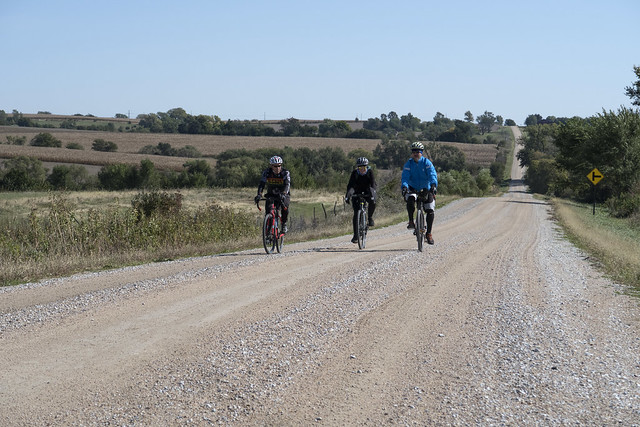 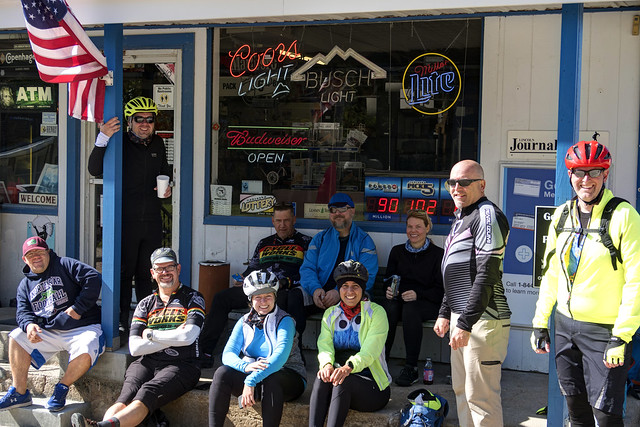 The push into Malcolm was met with wind and hills but the sun was out and the day was starting to warm a bit so it wasn't all bad. We even had a new rider in Erin, this would be her first real gravel ride and she was killing it. 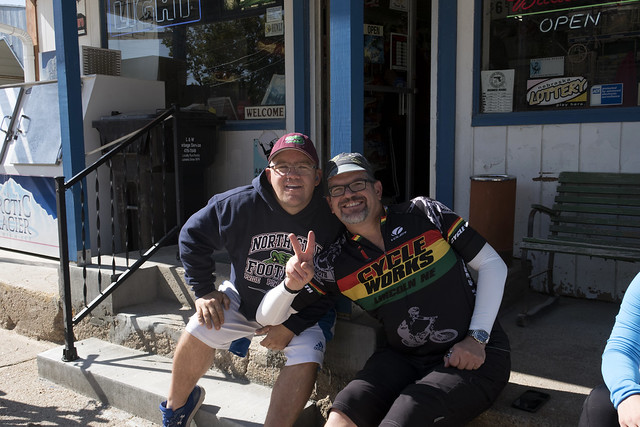 We even ran into Greg, the self appointed Sheriff of Malcolm, who we met a few years ago while putting on the Solstice 100. 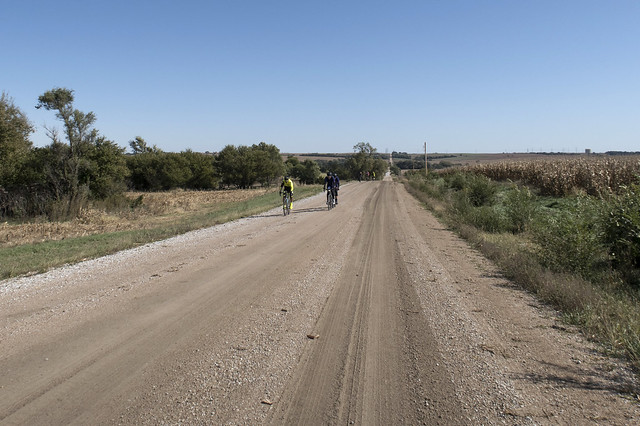 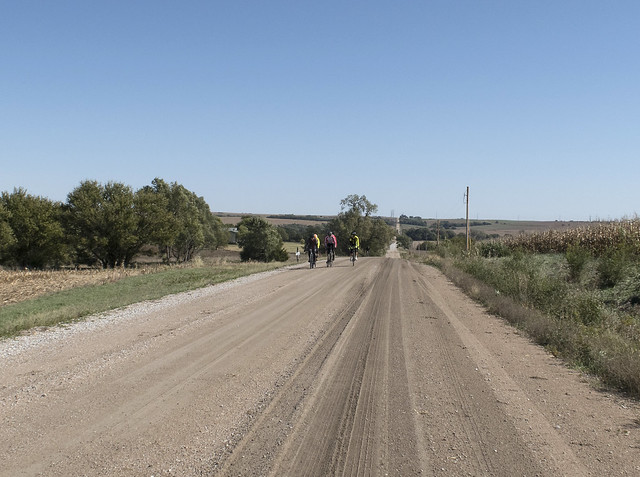 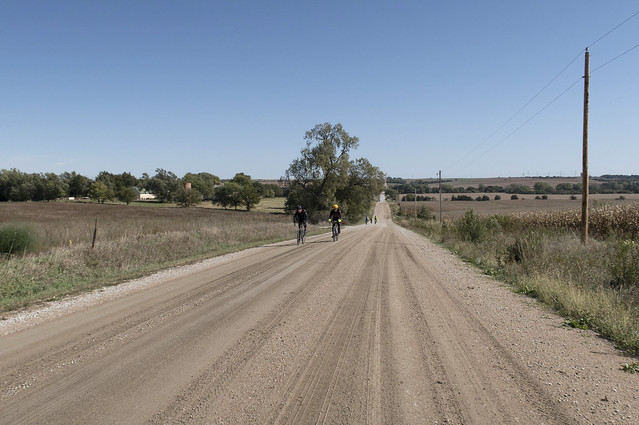 On our way back to Lincoln we even ran into a group of riders from the gravel camp heading the other way. Matter of fact, we even picked up one guy from Omaha that was in the camp who decided he wasn't up for the 60 miles that the camp had in mind for the group. He asked if he could join us back to town and we obliged, always room for another rider on the SMNDFBR. 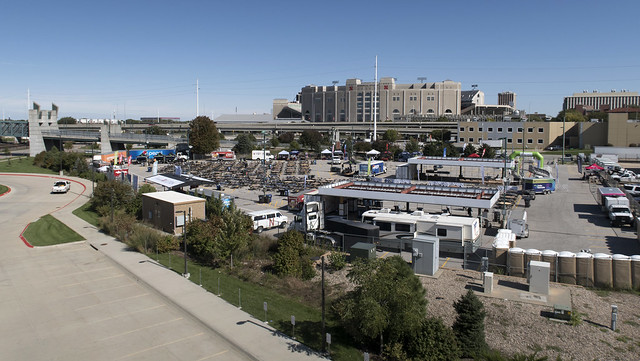 On the way back into town we came across the setup for the Market to Market race, that is a poop ton of tables. 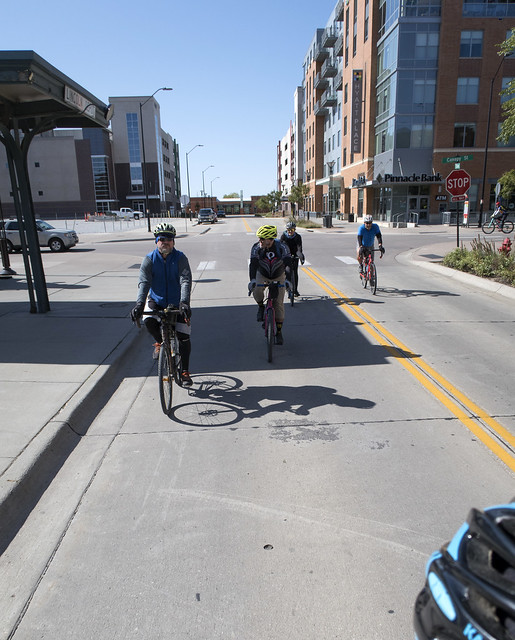 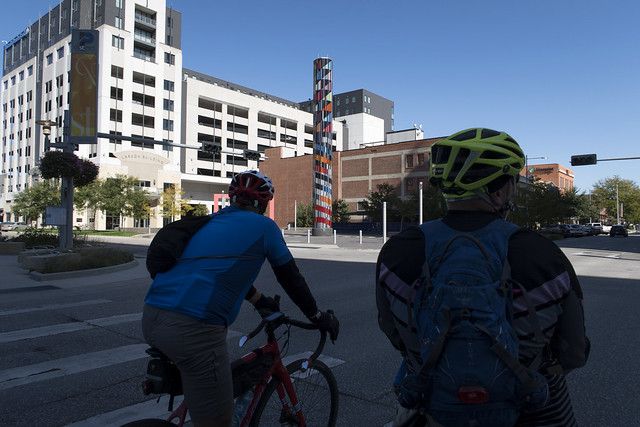 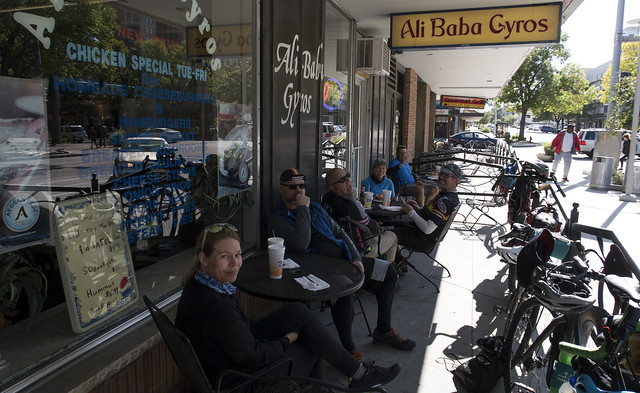 What was left of the group after folks had to head home decided that Ali Baba's sounded fantastic for lunch so we pedaled over and enjoyed some fantastic Greek food. 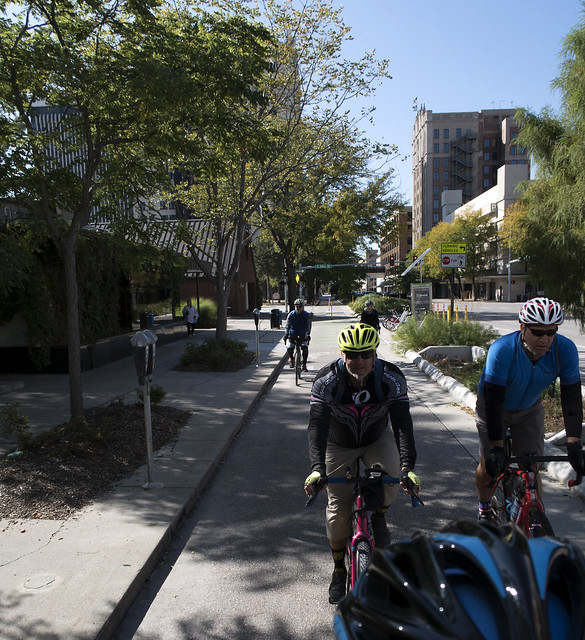 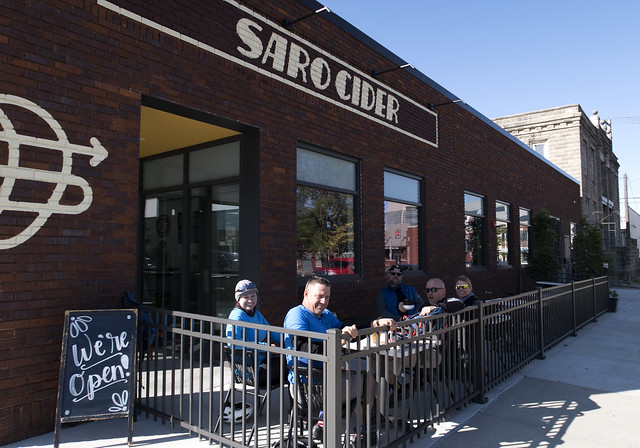 Earlier in the week we saw that Saro had their hot apple cider back so we determined a quick spin over there for a drink was in order before calling it a day. The cider hit the spot for sure and with the weather changing toward the cold, it is spot that will probably find it's way into the regular rotation for the next few months.