The Freaks Come Out At Night 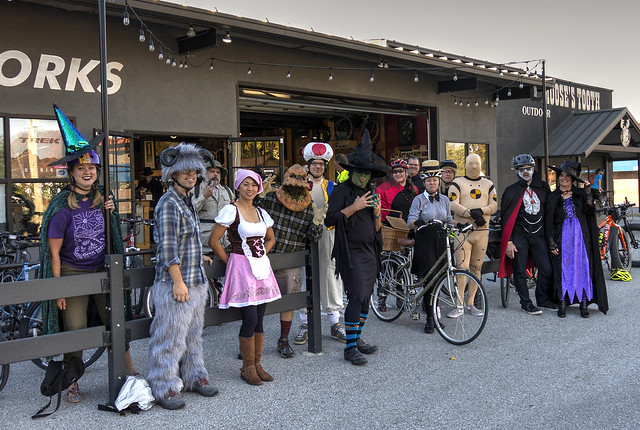 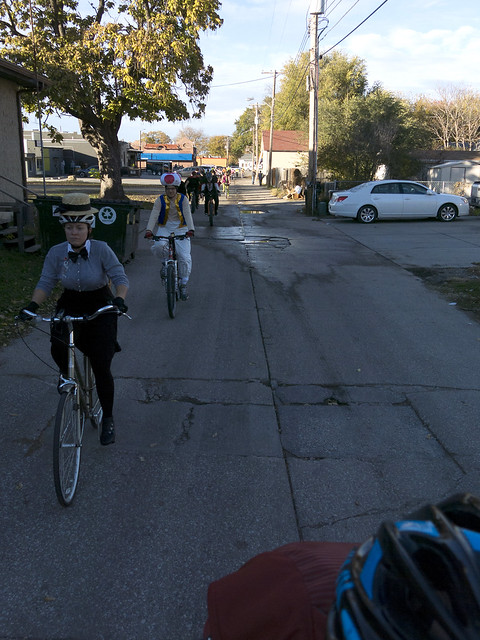 Saturday was our Halloween Night Ride for the shop and it was a beautiful evening for it, temps were still in the high 60s with plenty of sunshine and virtually no wind. We also had a really good showing and some fantastic costumes. Right around 5 pm we departed the shop heading to Moran's. 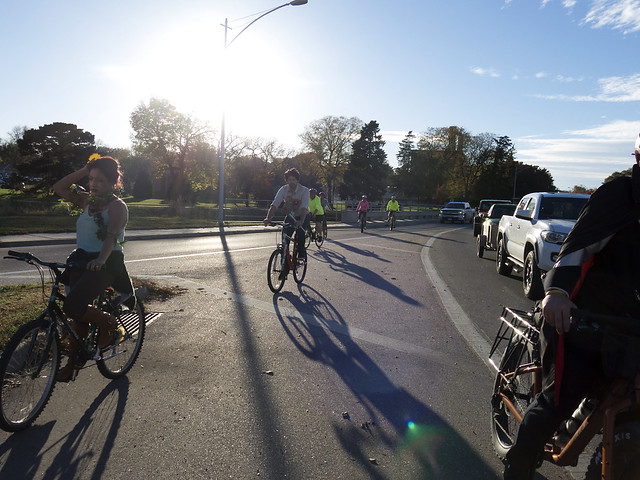 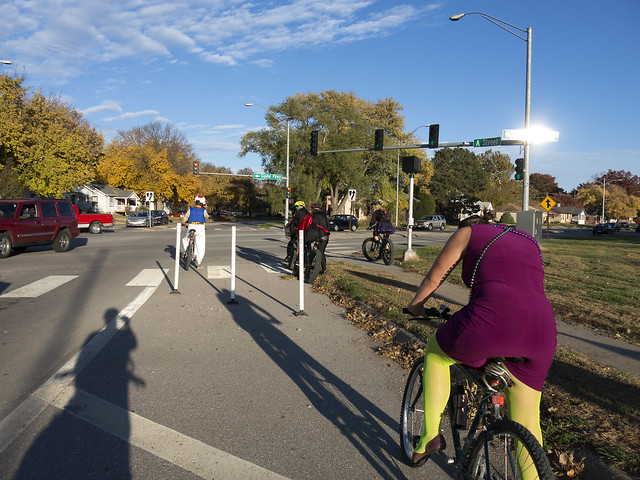 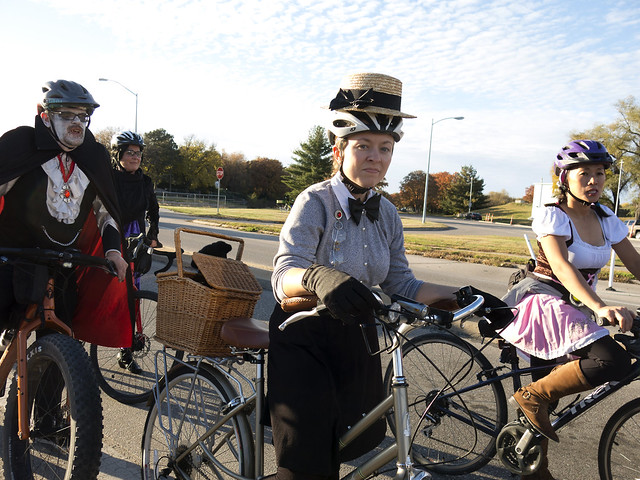 Normally a parade of costumed folks would be quite the scene but as jumped off of the bike trails and onto the surface streets near the Zoo, we sort of just blended in with the costumes headed into and out of Boo at the Zoo. 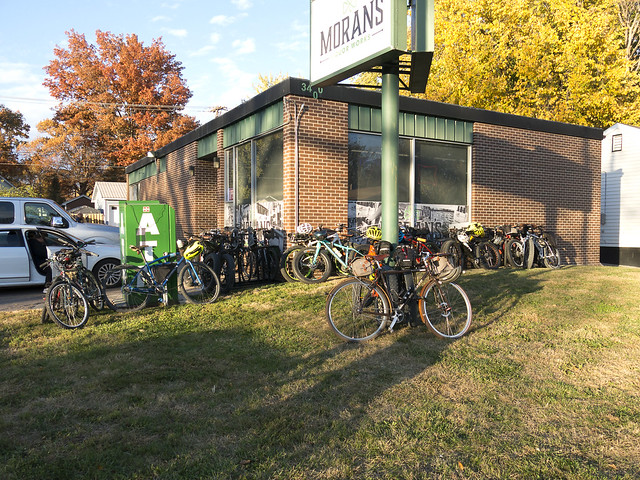 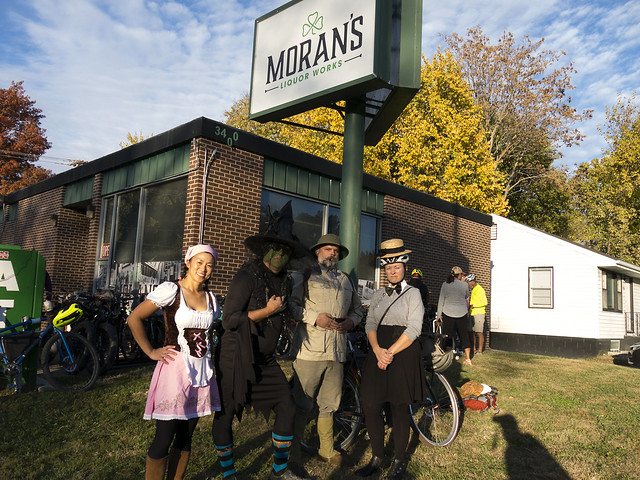 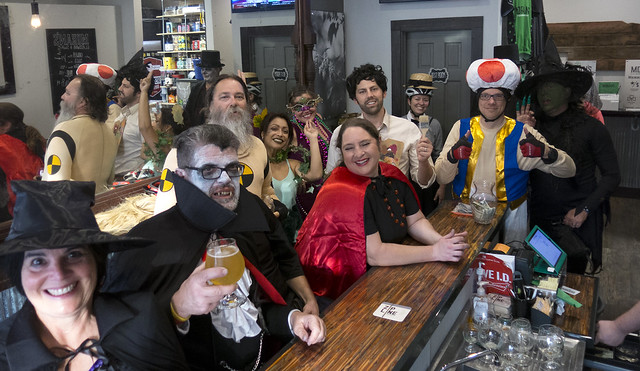 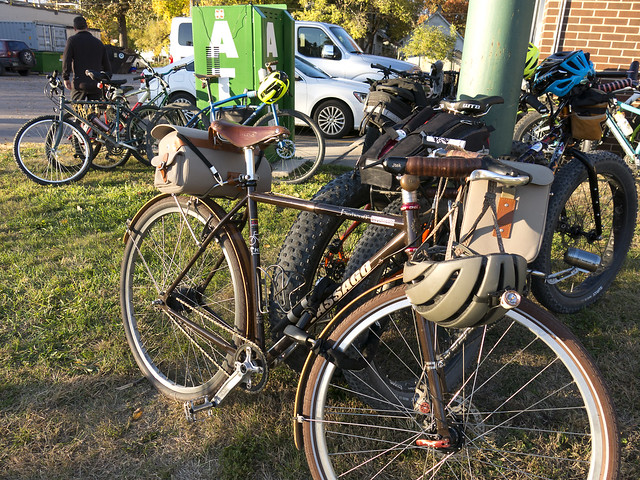 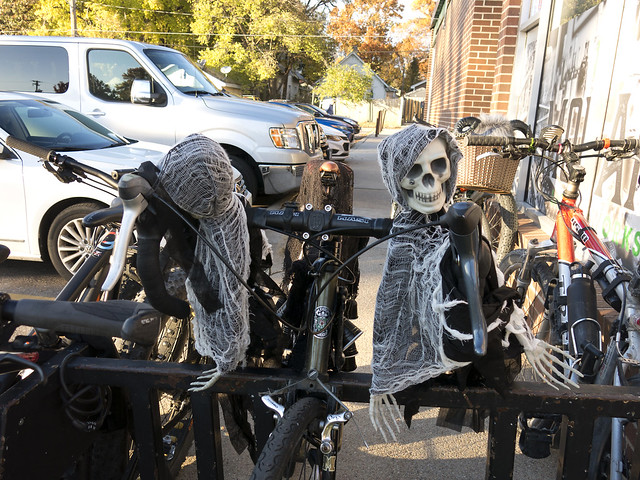 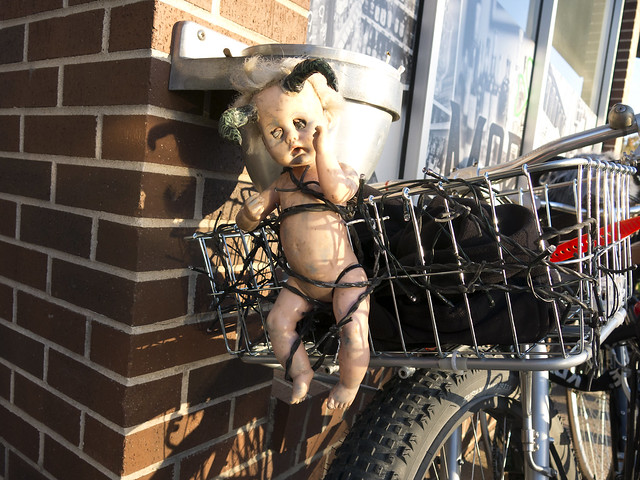 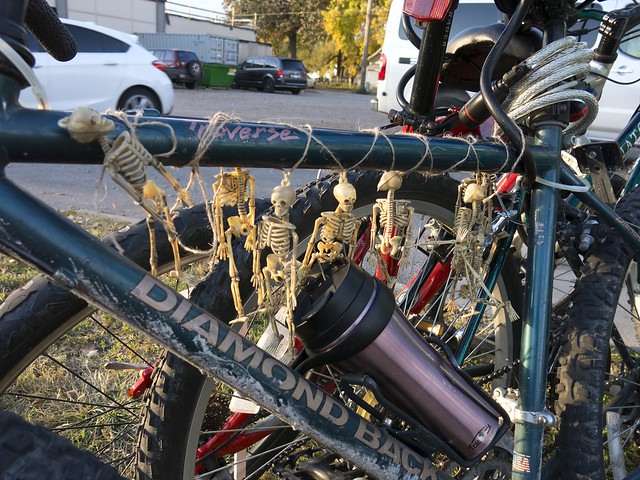 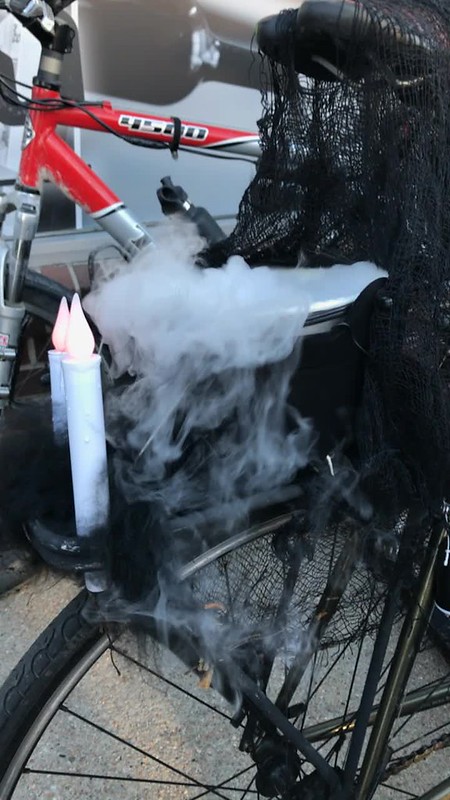 We descended upon Moran's and sort of just took over the tiny taproom in the back, in addition to the great costumes, there were several really well decorated bicycles to go with them. 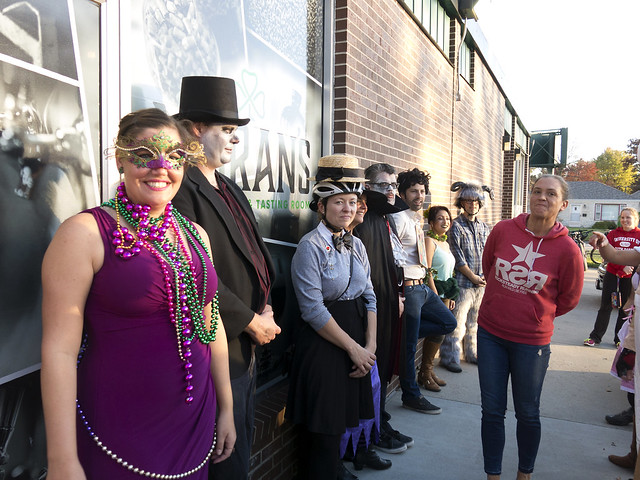 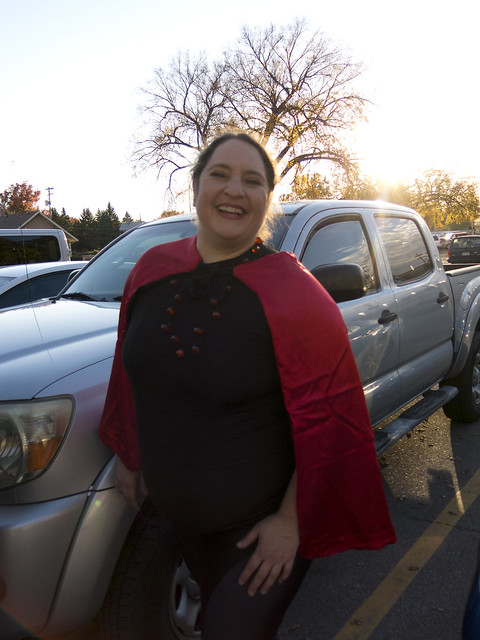 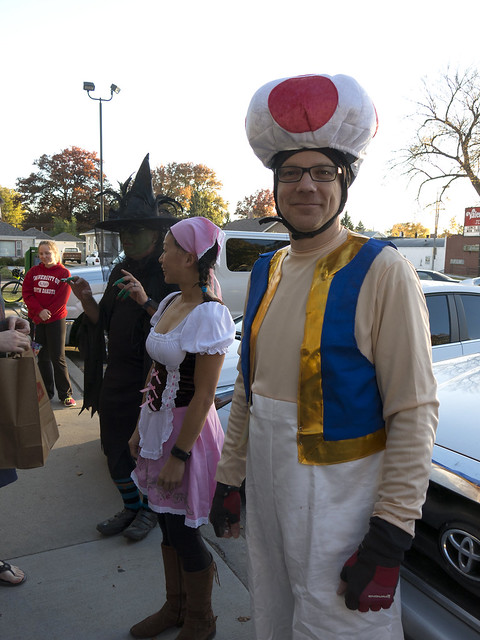 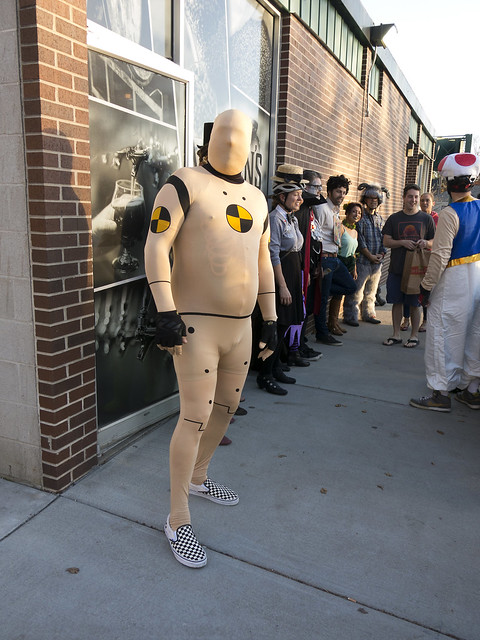 Once everybody had a chance for a refreshment break I managed to convince to random patrons to judge the costumes and decide on the best male and best female costume. 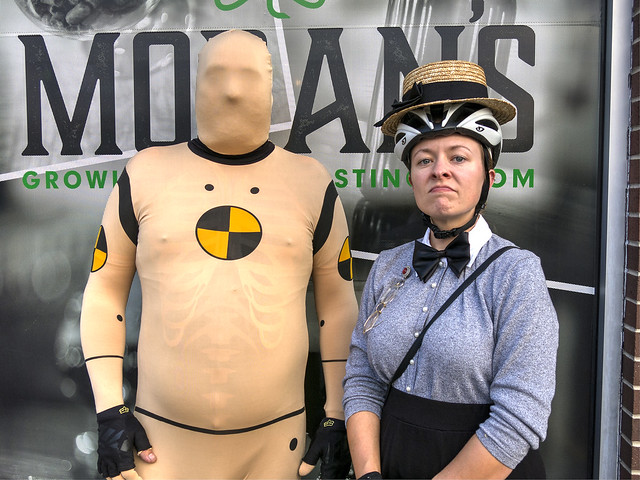 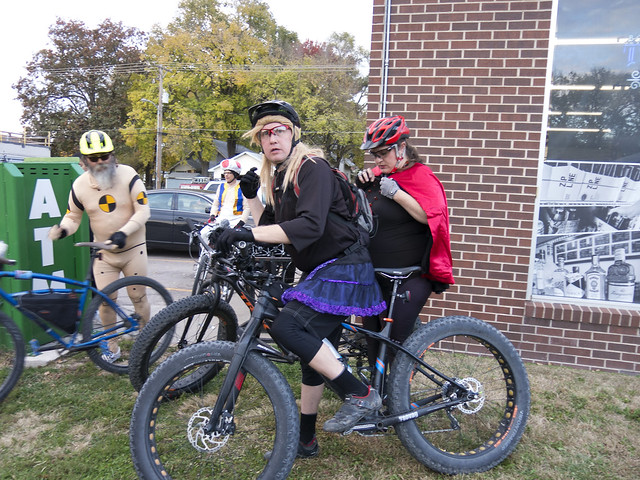 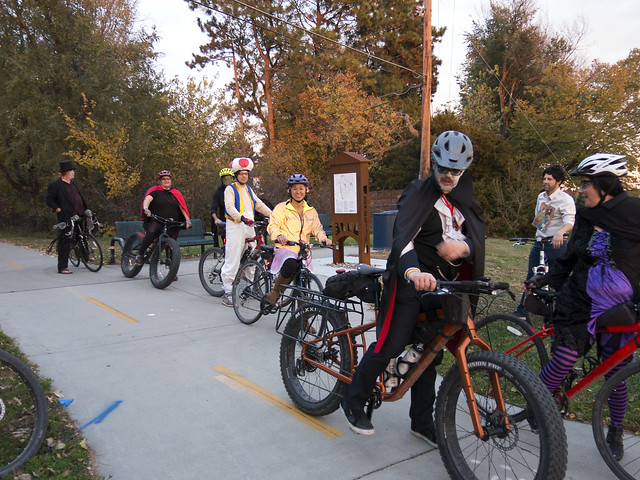 With drinks, drank and costumes judged, it was time to roll onto the next stop at White Elm. 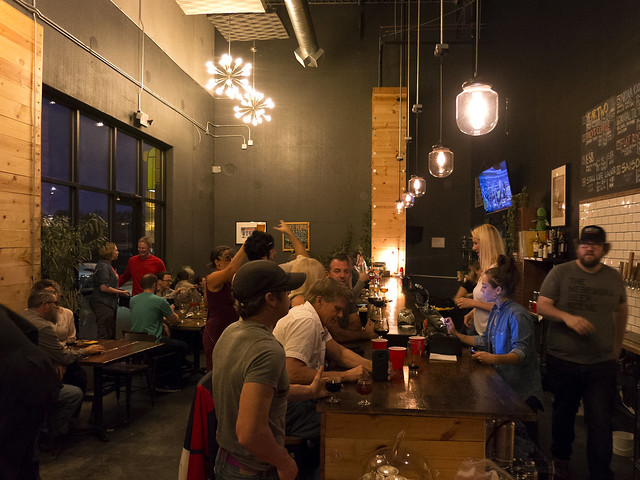 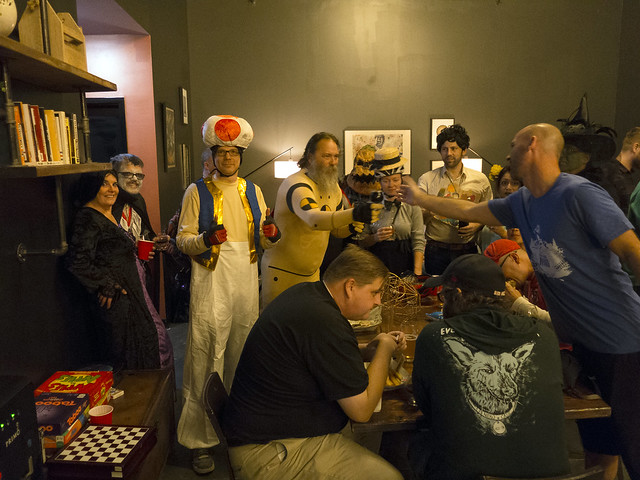 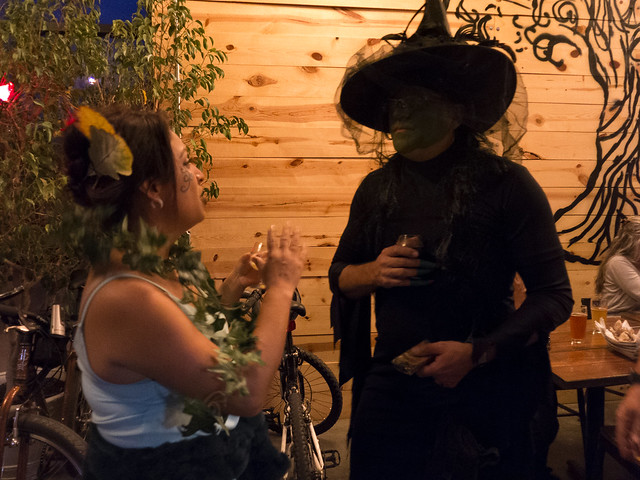 White Elm was also having their two year celebration so it was a bit more hectic there, live bands, food trucks and long lines just to get a beer. 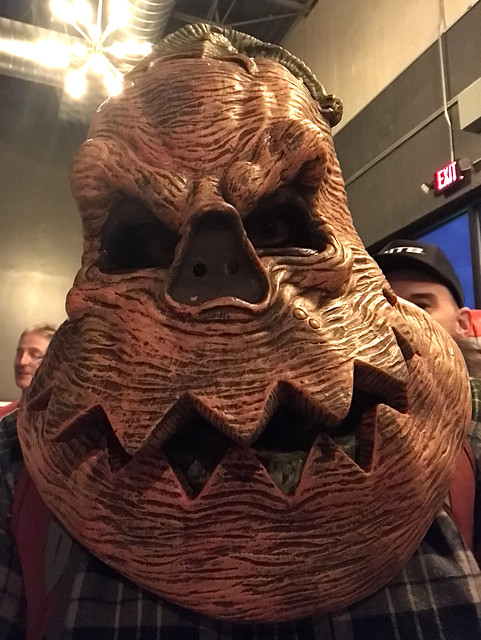 Here I am standing in line, see how sad I look... actually, waiting in that line was hot, really hot. 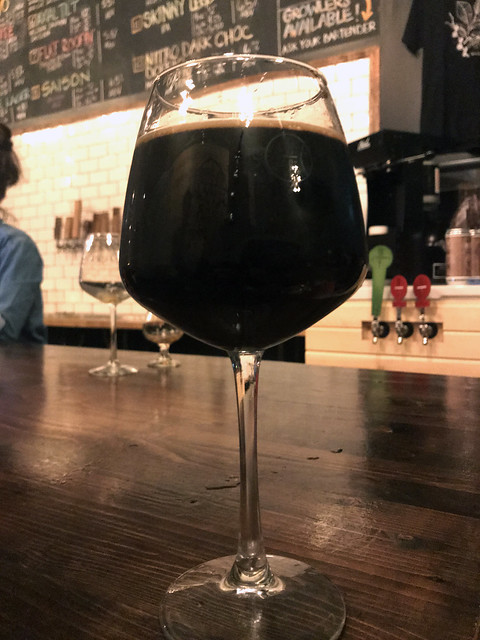 If you're a Stout drinker, the special Year Two double imperial that they have on tap now is a good one but it's a heavy one also. Maybe go with the smaller size instead of the 16 oz, you'll thank me later. 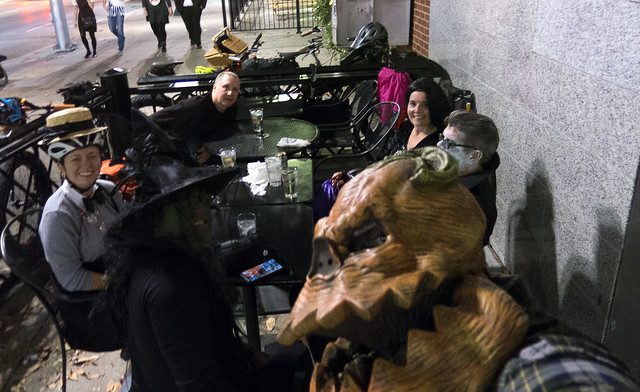 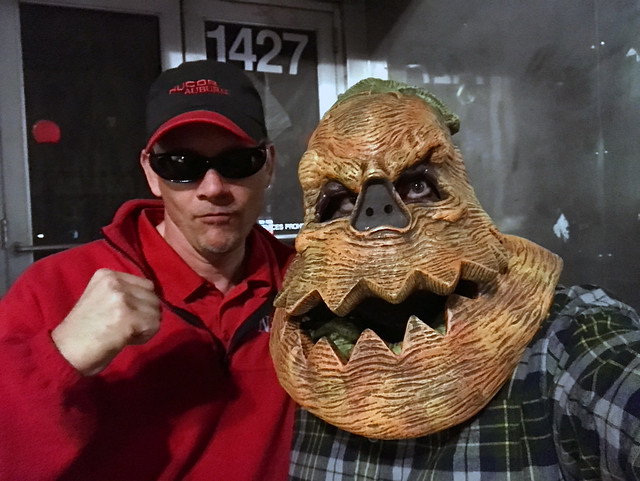 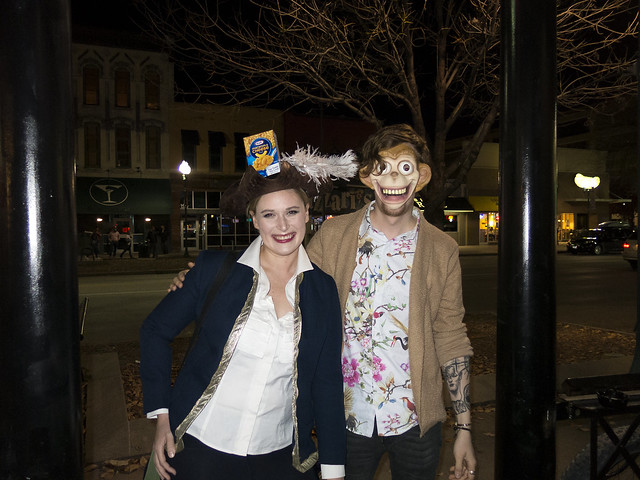 With food and live music at White Elm, a few riders decided to stay put when the train left the station headed to Yia Yia's. Those of us still remaining decided it was such a nice night out that we would sit outside and enjoy a beautiful fall evening. 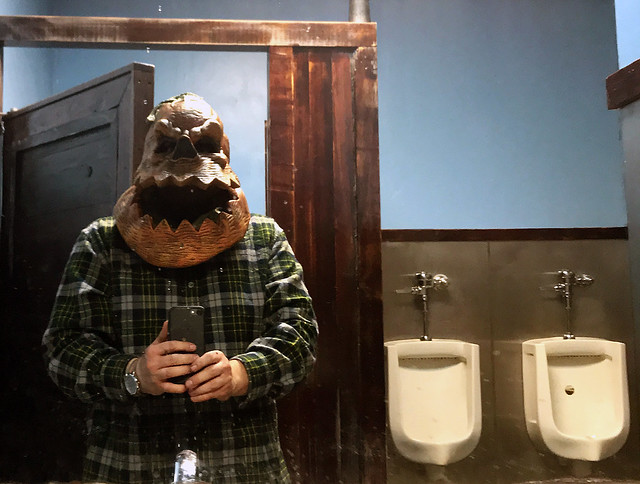 If you ever want to clear out a men's room I'll let you borrow my mask, there were a few folks in here when I walked in and they left fairly quick after giving me a few side eyes but since I didn't need any assistance for this portion of the ride, I was OK with having the room to myself. Although I think bar bathroom selfies are supposed to be with all your friends, guess I'll have to try harder next time. 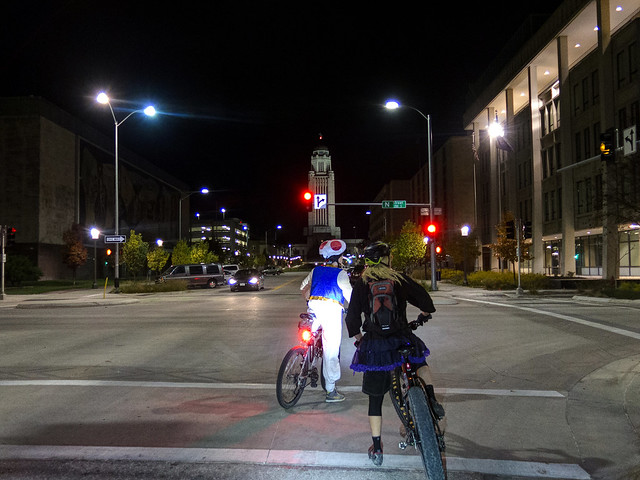 Pizza was tasty, beer was cold and company for the ride was great but like all good things, this one came to an end as well. Thanks to everyone who made it out, always a ton of fun. Let's do it again next year.