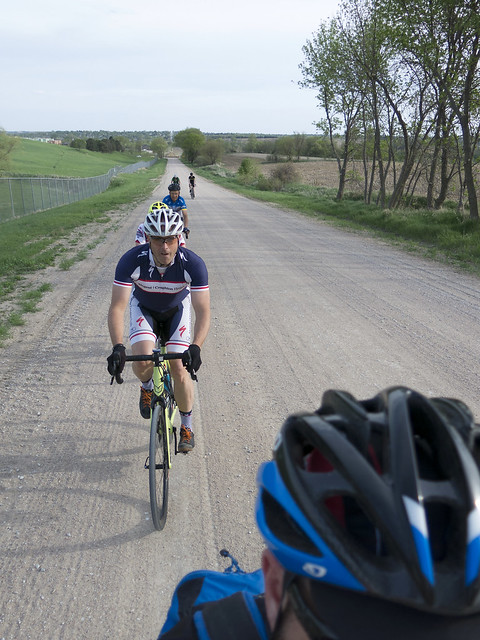 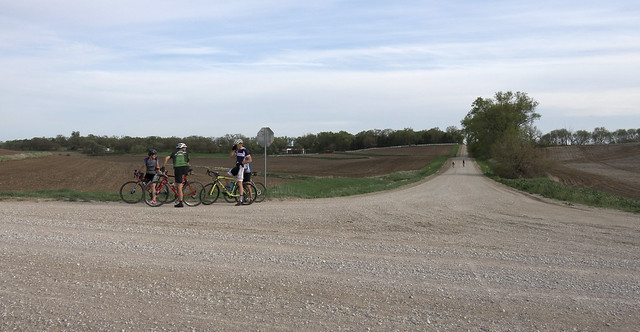 Found myself out on the gravel with the Bike Masters folks again on Wednesday, it's kind of nice having a ride this close to the homestead. Scooted out the normal route heading to Dutch Hall road, was a pretty quick spin out there this week. 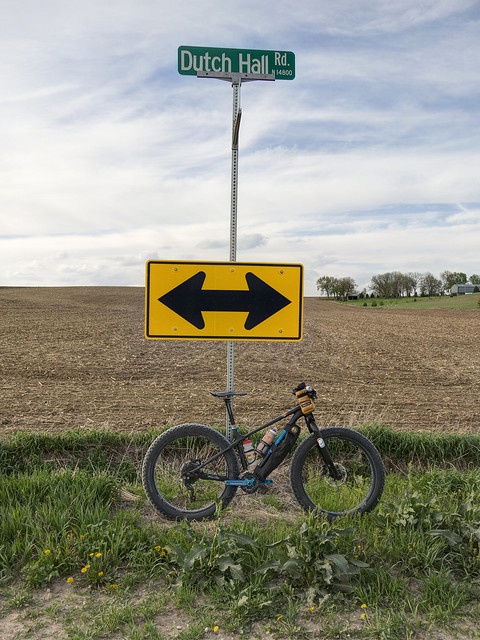 There is a distinct lack of fatties on this ride however, Farley and I were the only pleasantly plump ones I've ever seen on the ride yet.

No ditch beers on this one, Michael couldn't come play bikes and well, drinking alone just makes you an alcoholic so I opted to skip the beer and the AA meetings and just settle for a picture stop instead. 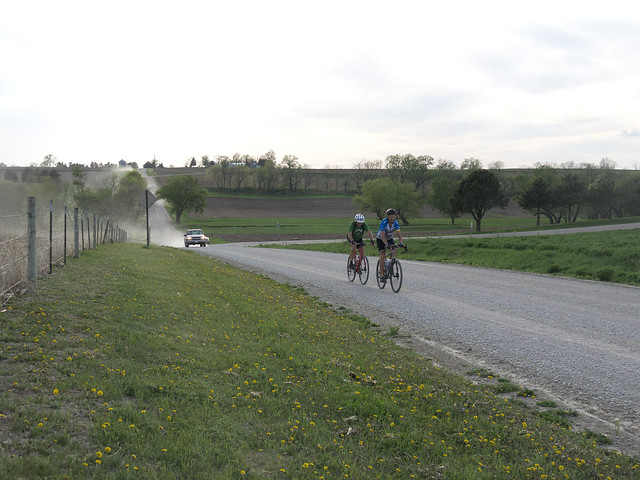 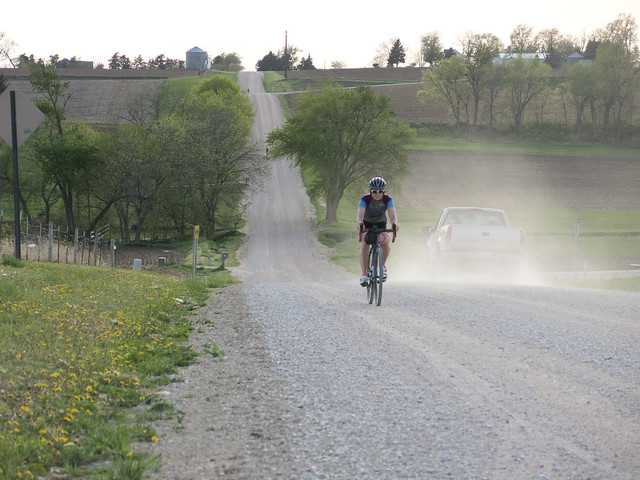 Mitzi and I seem to keep running into each other, especially on Saturdays; we've both been at Cool Hand Luke, Tour of Covered Bridges and then I'll see her at the gravel of the Wear Yellow Ride. Super strong rider, you've gotta bring your motor if you want to keep up. 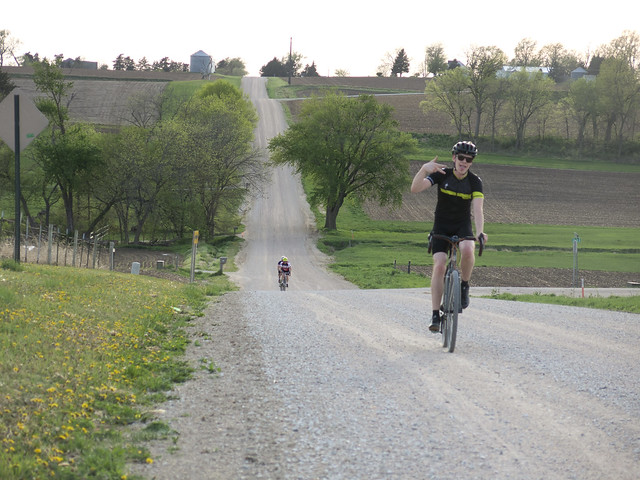 Absolutely gorgeous night last night, sun is staying up longer so maybe we can get in a few more miles here soon. A problem we generally don't run into on the Saturday ride, although it has happened on some of the longer rides late in the season. 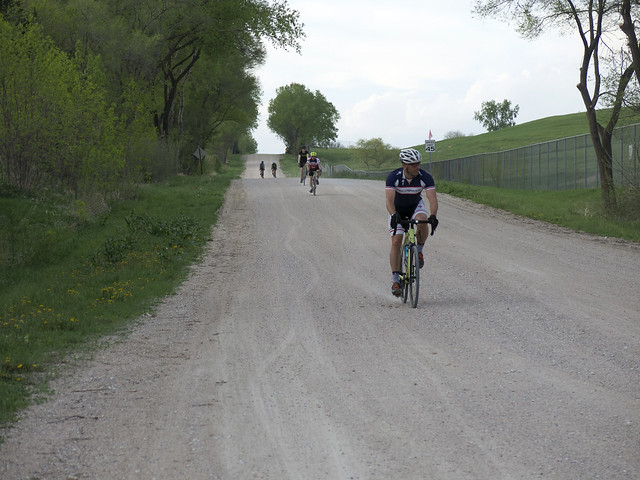 Chasing skinnies is tiring work but I'm starting to feel and ride more like I did two years ago, some of the speed is also coming back now the key is to just keep improving. Not sure what happened last year but I sort of slumped and couldn't break out of my cycling funk, always seemed like I was riding in slow motion. Last few rides have felt pretty good though so maybe just maybe things are turning around, which would be good as everyone else I'm riding with it just absolutely killing it lately.