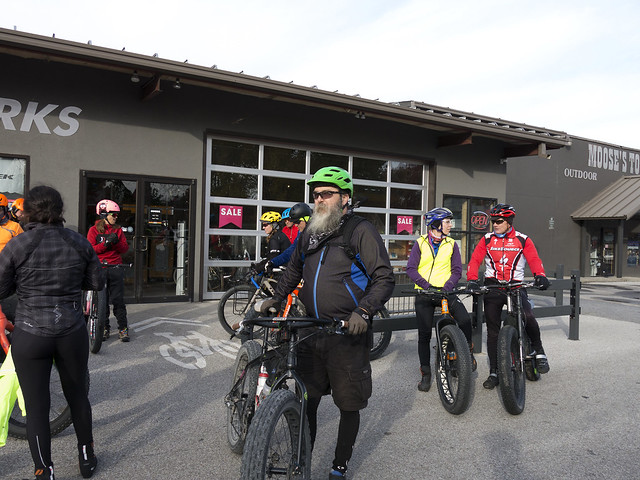 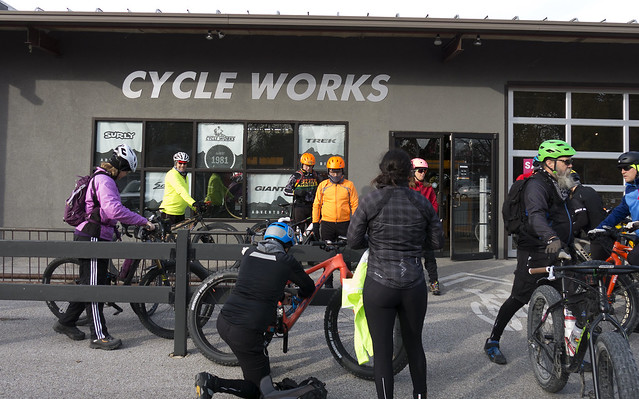 Friday night called for rain overnight and then wind and chilly temps for Saturday but despite Mother Natures best attempts to thwart the SMNDFBR, we still managed a really good turn out. 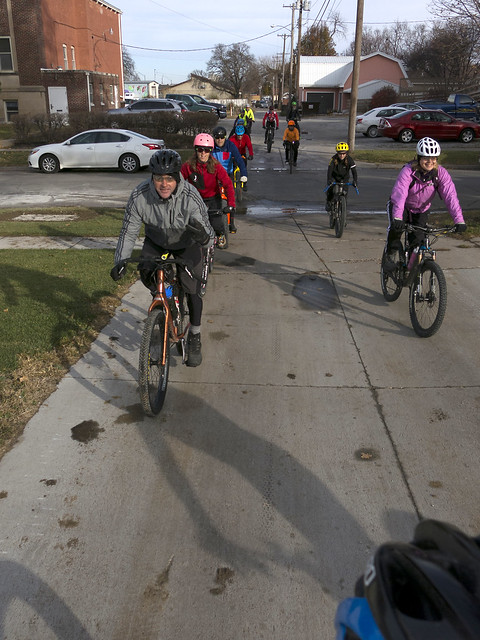 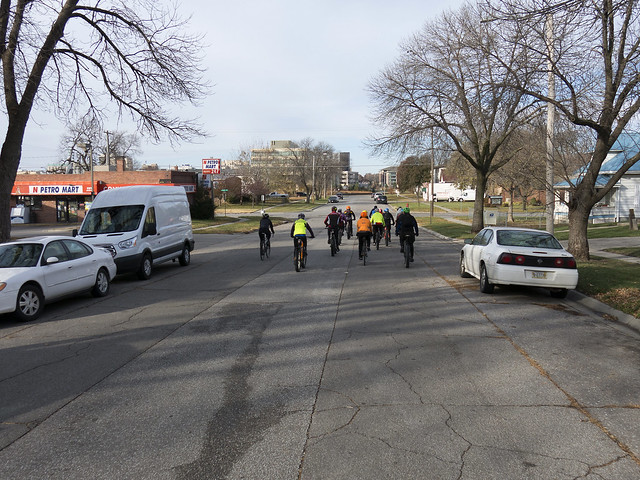 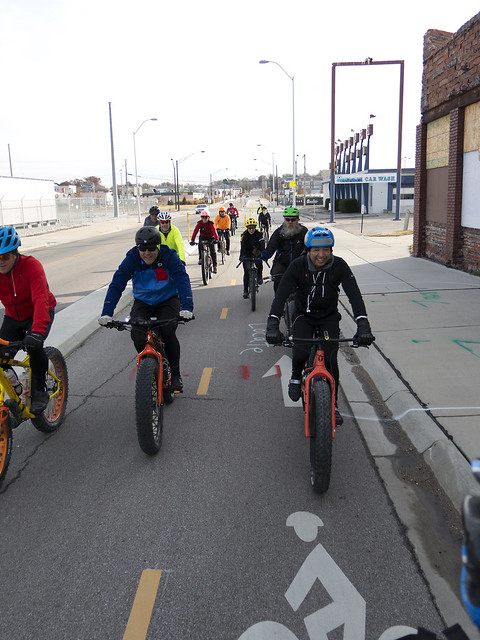 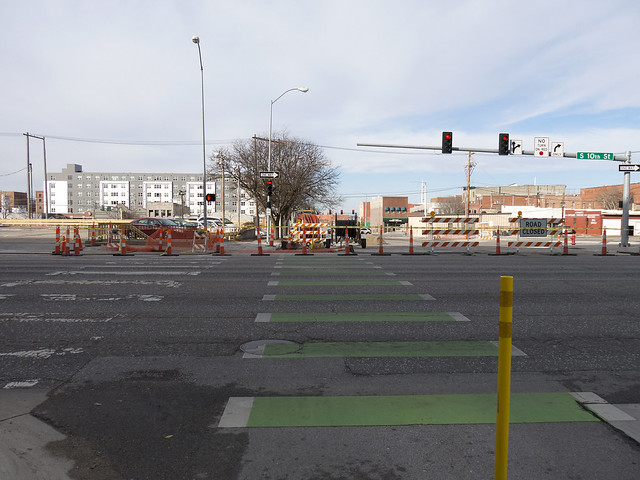 The plan was to ride out to Wilderness Park and get in a little single track so we headed down the N Street Cycle Track. Things were moving smoothly, maybe too smoothly; catching all the greens, birds chirping, people waving and smiling, rainbows and unicorns everywhere but then we promptly ran into a road block at 10th street. No detour, no signs previous about it being closed, just blocked off and closed because riding down 10th street in traffic seems like a perfectly safe place to play in traffic on a bicycle. Probably best to avoid that section for now, although you can get around it fairly easily since the entire road is closed as well but you have to cut through their road blocks. 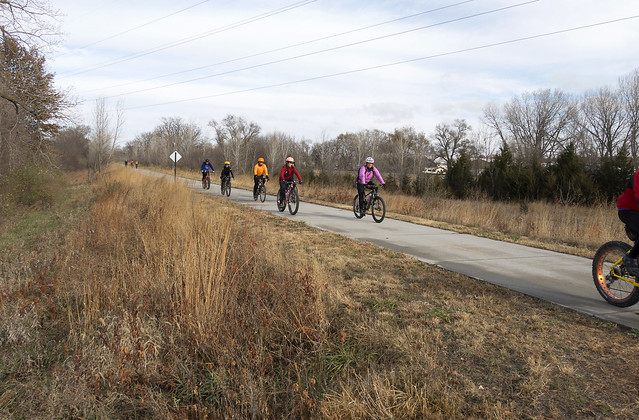 Just a slight detour and we were back on track and heading toward the Park. 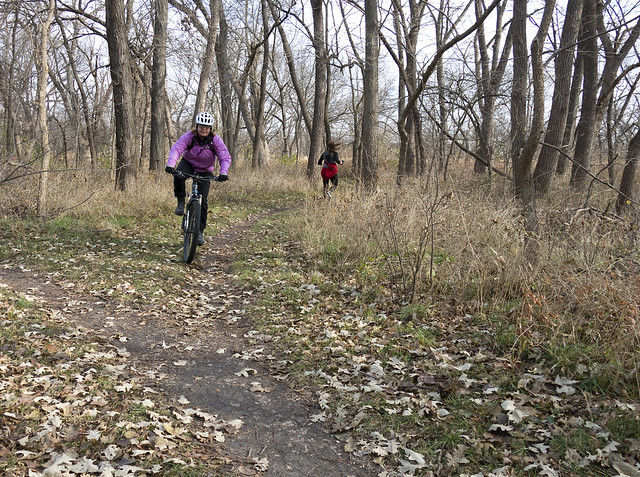 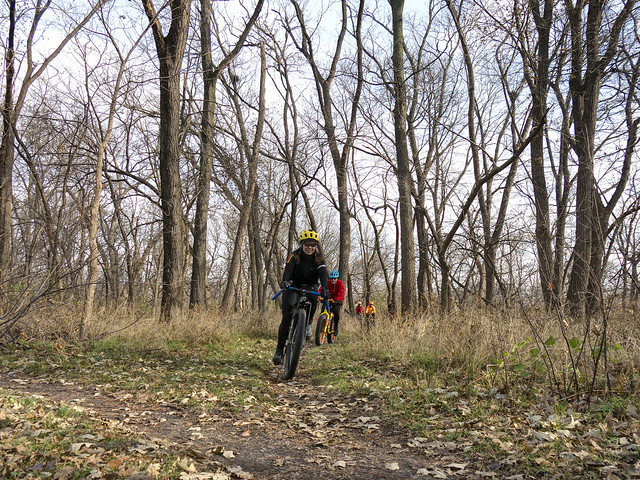 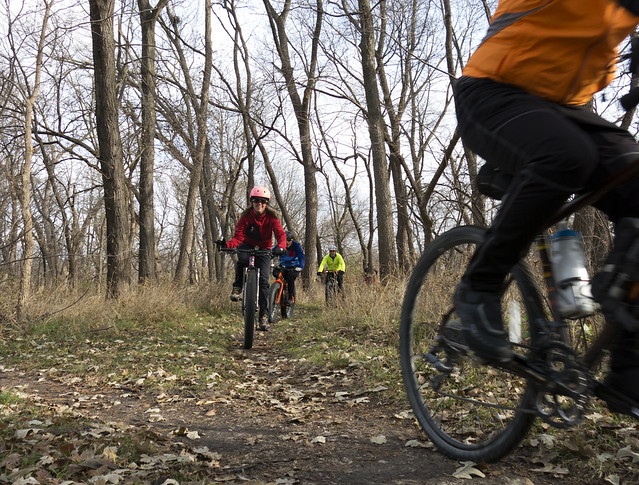 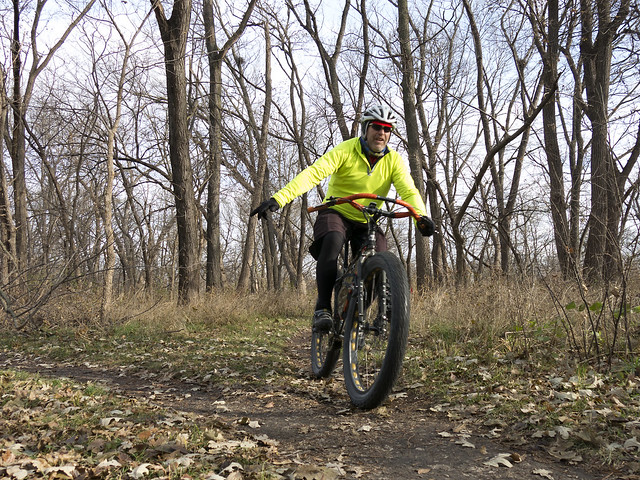 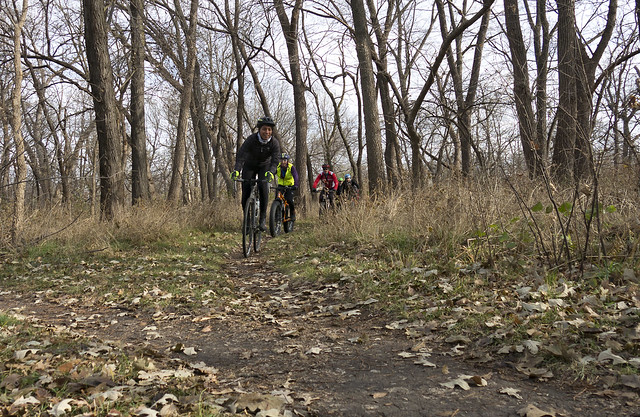 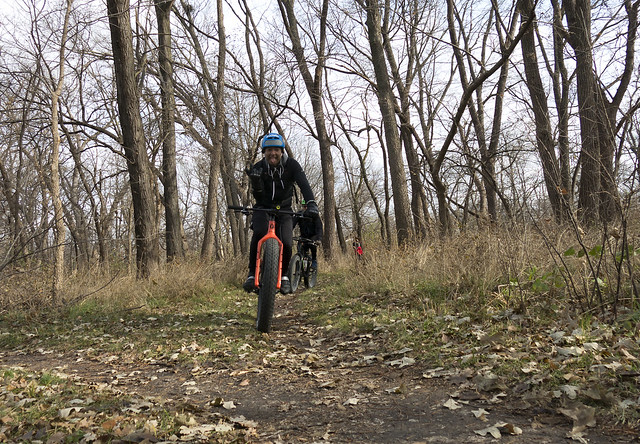 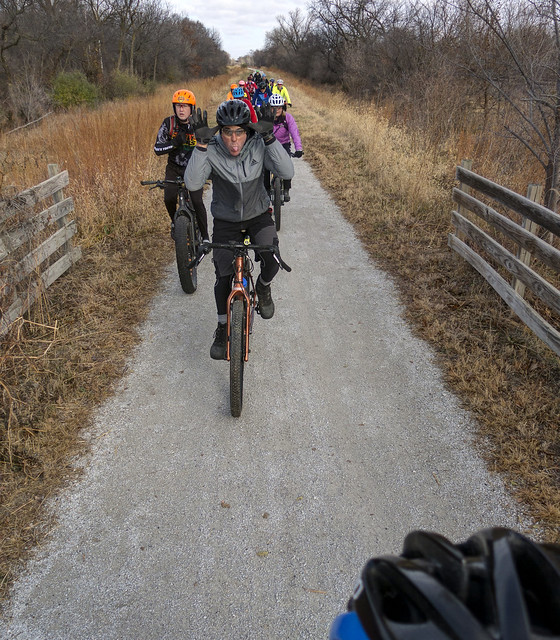 Wilderness was in perfect shape, running really smooth and fast. Love that first section, it's one of my personal favorites. 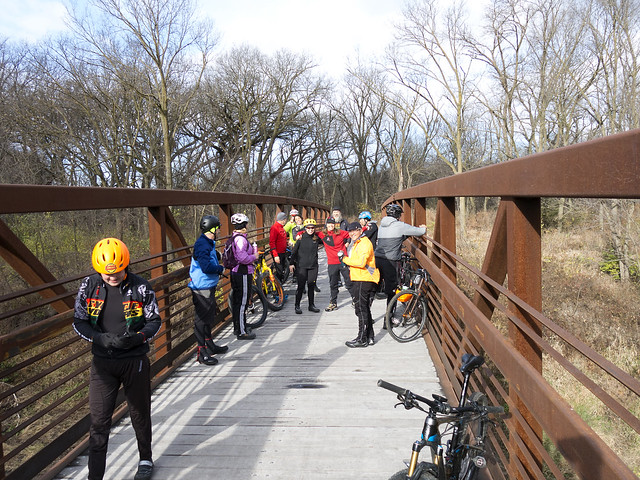 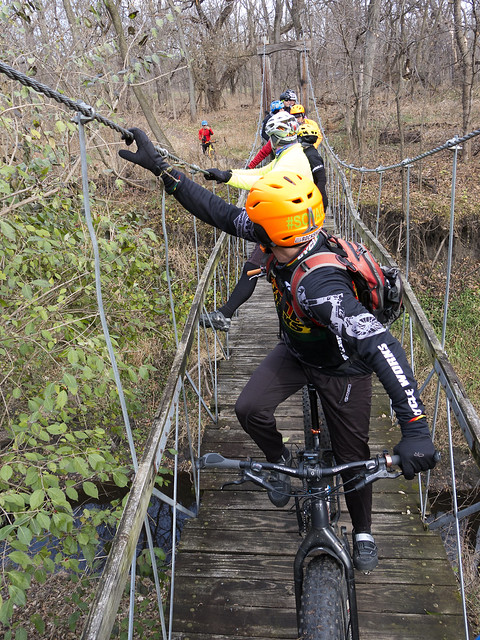 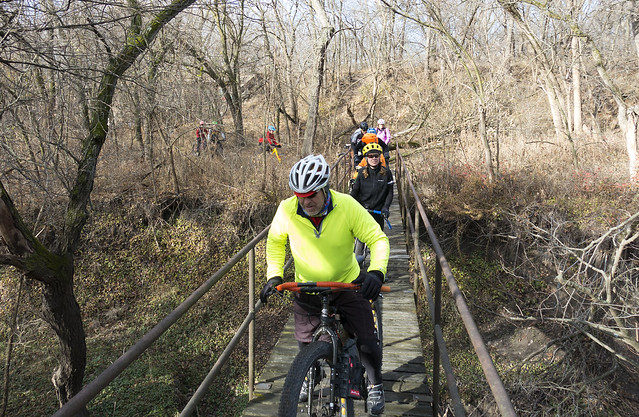 Bridge stops are always a must and they did not disappoint. 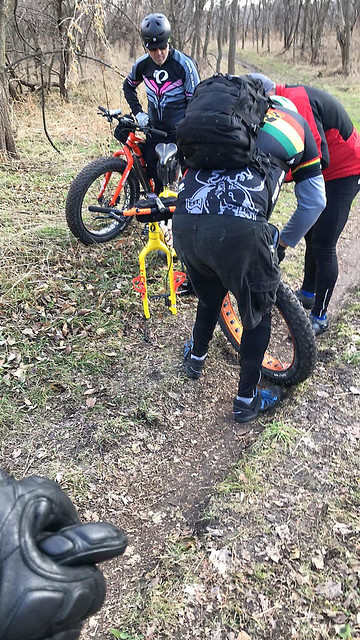 Because things were going too well, Dave decided to get a flat on his Mukluk and changing those tubes aren't exactly quick or easy. 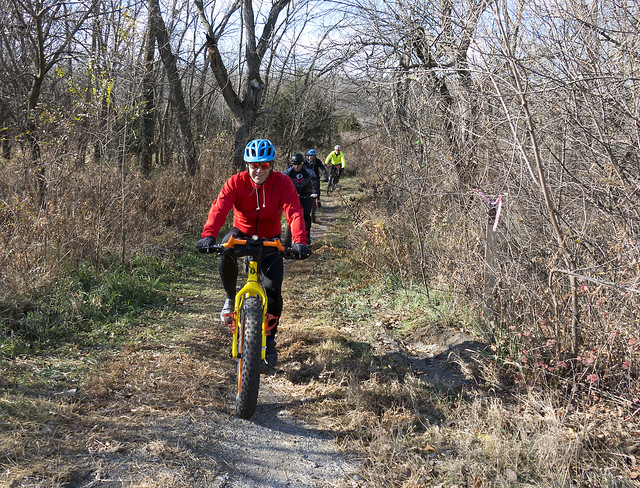 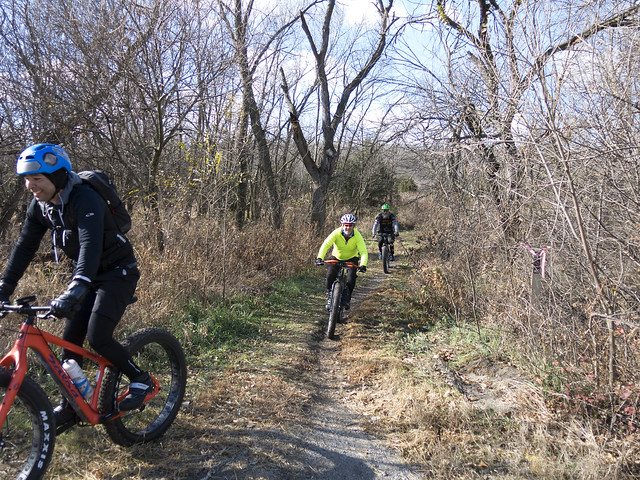 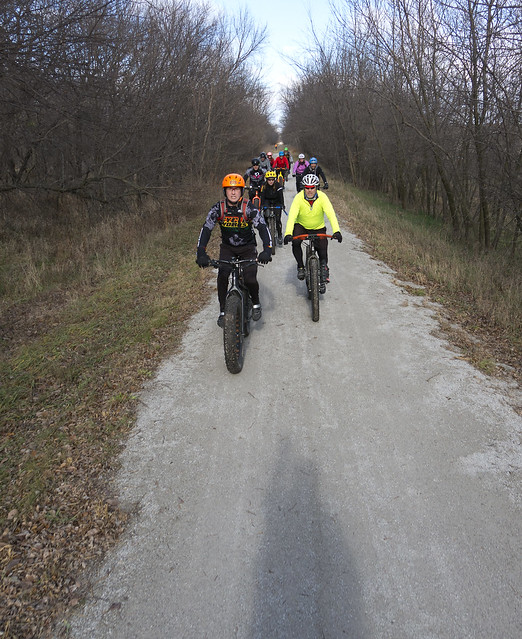 Once we were back up and rolling again we decided to high tail it down the Jamaica Trail on the way back. 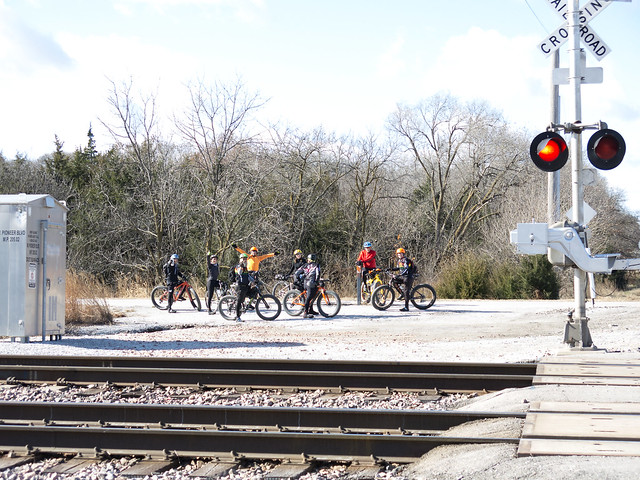 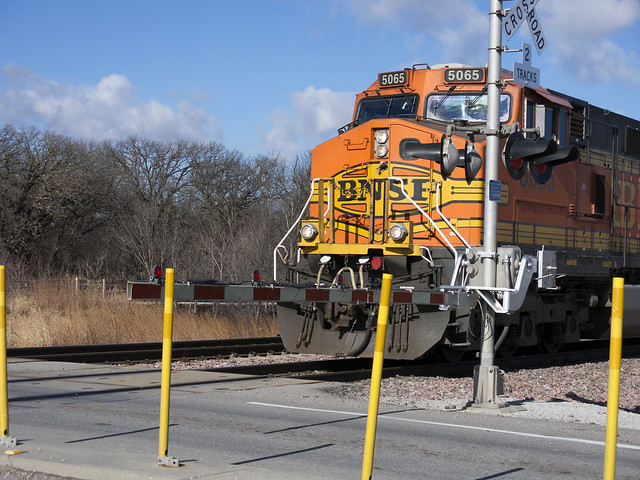 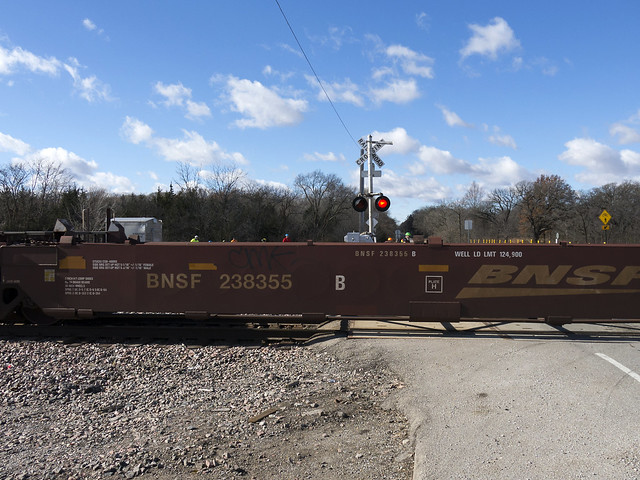 The plan was to head over the Blue Blood for a little lunch stop but then they got caught over there and I got caught on the right side of the train. 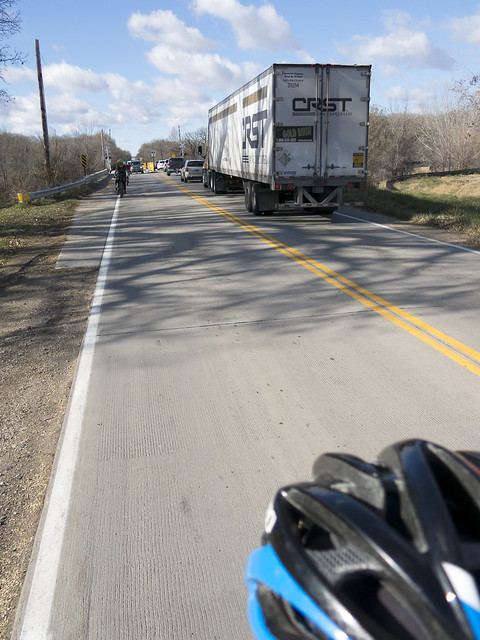 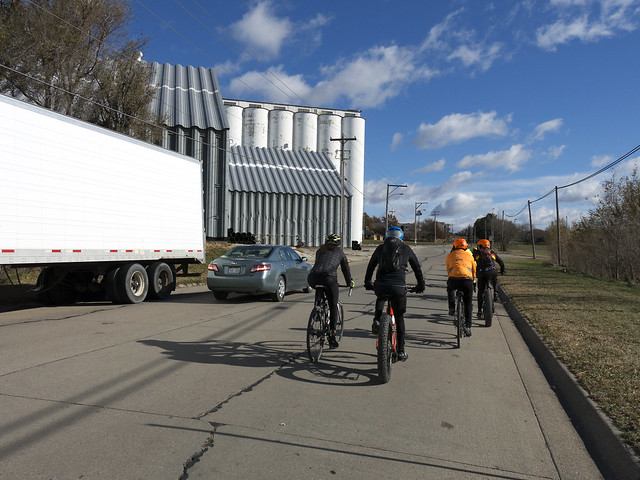 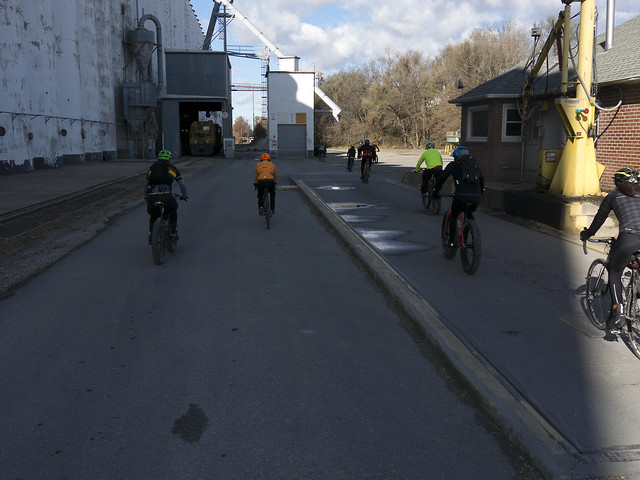 Eventually we were reunited and it really did feel so good, I guess Peaches & Herb knew what they were talking about the whole time. 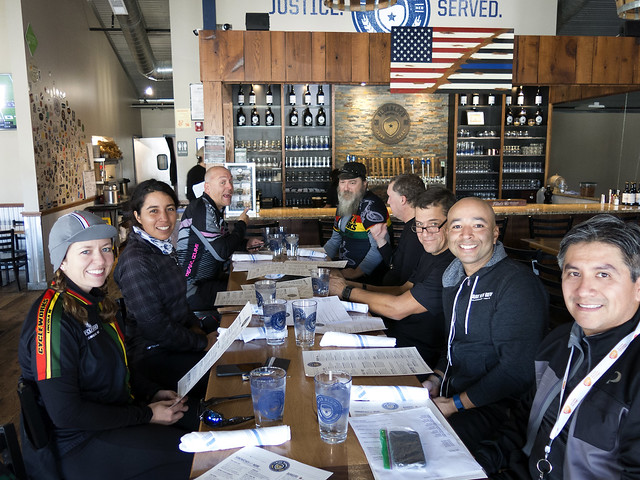 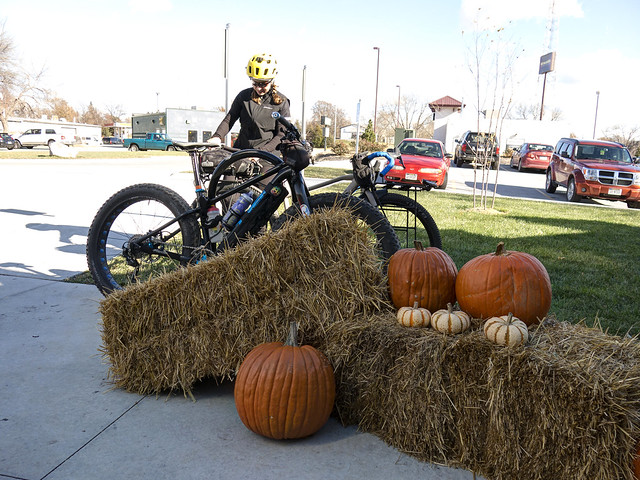 We made it to Blue Blood, they even had the place all spruced up for the holidays outside, had some food and barley pops. 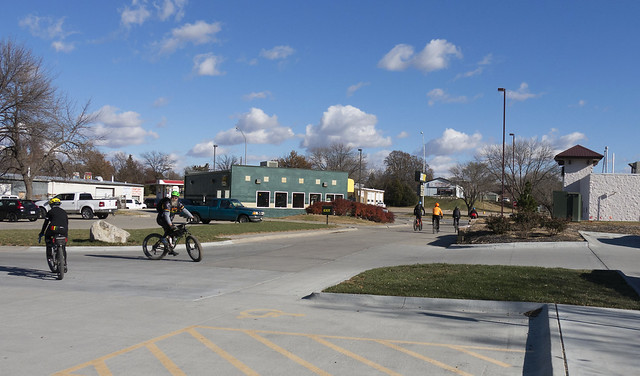 Once outside we unlocked our bikes before calling an end to another Saturday Morning No Drop Fat Bike Ride and separated in the direction of home. Thanks to everyone who came out, there will probably be a ride next Saturday so if you're in town for Thanksgiving and looking for a ride, stay tuned.