Yesterday was another Saturday Morning No Drop Fat Bike Ride and if you missed it, you missed a good one as the weather was almost perfect. 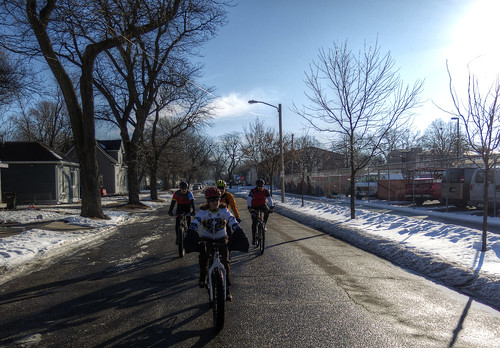 While the weather was perfect, anyone who was out and about early on Saturday morning can attest, the roads were less than ideal being better suited for ice skating than they were for driving. Who would have thought that the most treacherous part of the ride would be the pavement. 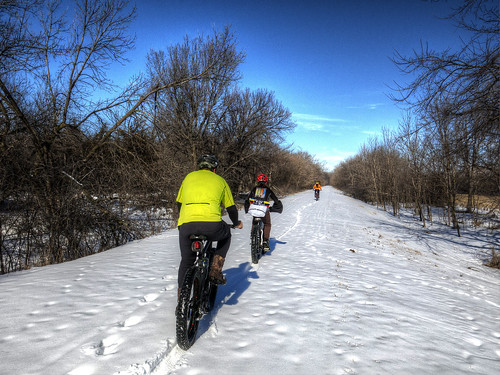 The sun and warmer temps on Friday managed to melt enough snow that the trails were ridable but with the snow being at optimal consistency for making snowmen it was a slog-fest the entire way, there was no easy biking today. 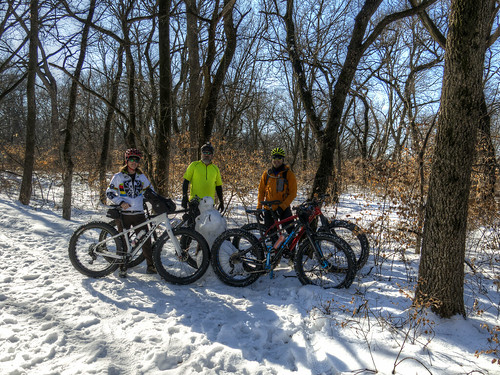 I told you it was perfect for building snowmen, someone built up this guy and left him beside the trail to wave hi to everyone passing by.


Even though the sun did all that it could to make sure the trails were nice and ridable, there were still plenty of deep drifts that even the wide tires of a fat bike couldn't tackle. Involuntary snow angels were plentiful. 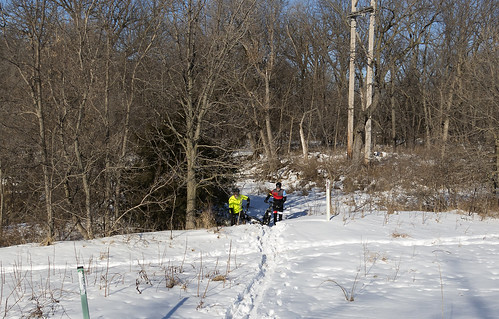 Gary saves himself and only manages a half snow angel. 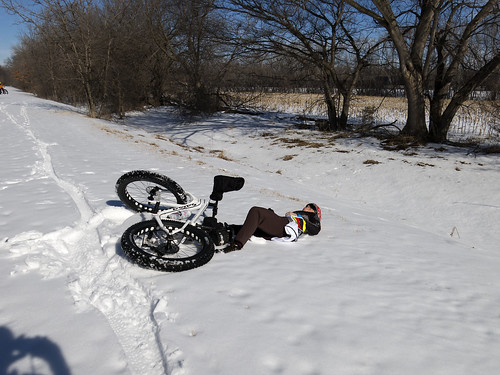 Jamie was a bit more committed in her attempt. 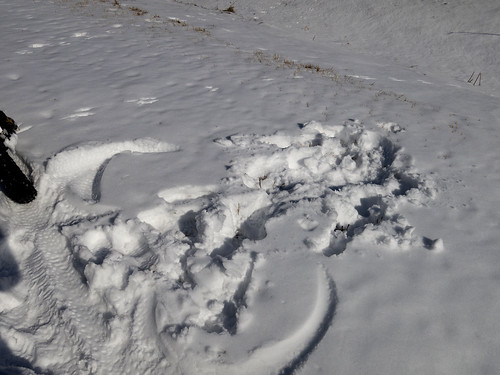 Just look at that form and bonus points for not leaving any footprints inside the angel. 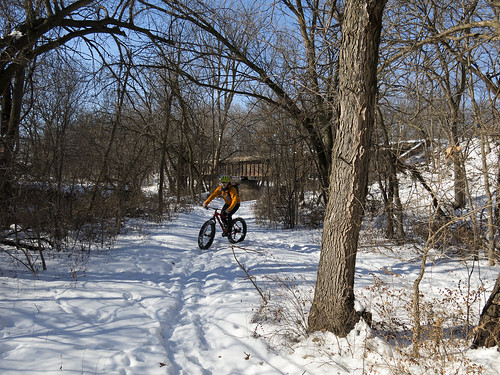 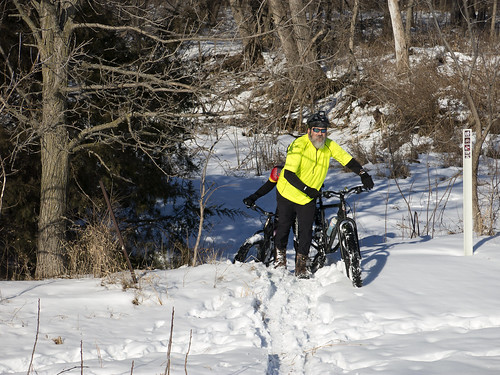 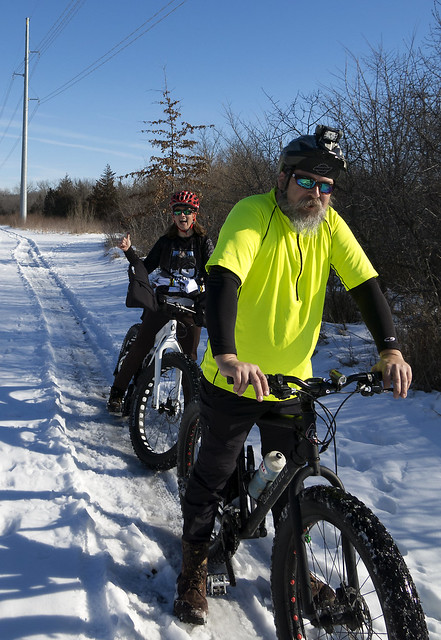 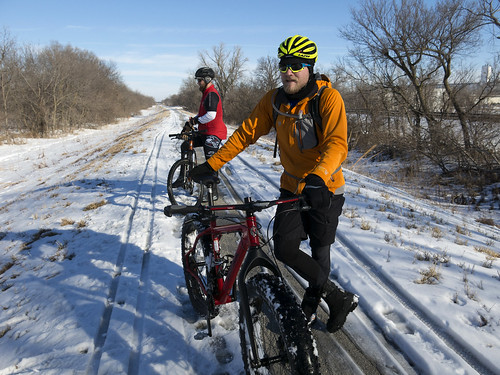 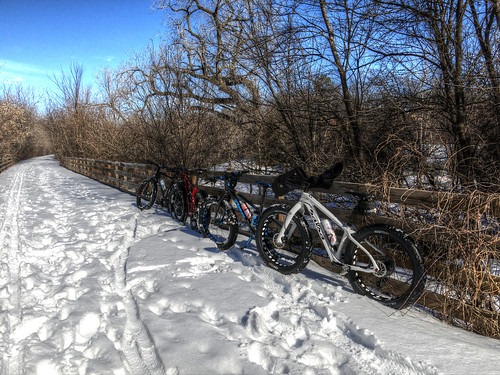 Because the going took so much more effort than normal riding, the breaks were plentiful and a welcome part of the ride. As a bonus during the breaks we were able to enjoy the beauty of the park, weren't many opportunities for viewing the park with your head down and eyes focused on the ground ahead, attempting not to wander out of the path made by the person in front of you. 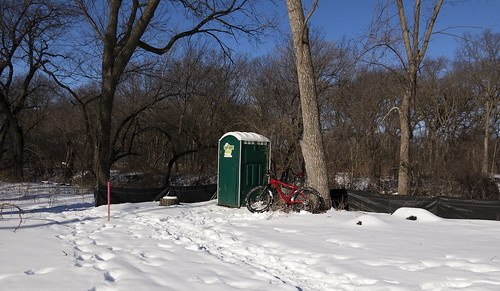 Some of the breaks even came complete with facilities, they had hand sanitizer in the outhouse  for that fresh feeling after taking care of business. Sure would be nice if they would leave a few of these out in Wilderness when there wasn't a new bridge going in. 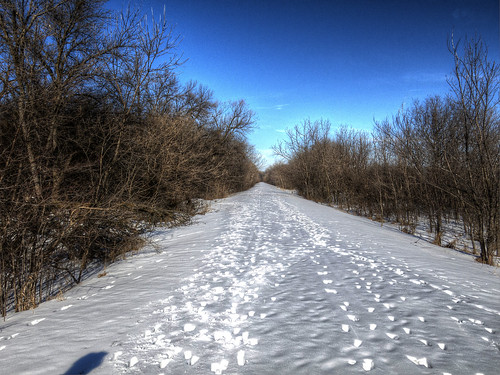 Although the trails were still covered in 6-8 inches of snow, as the day went on and the sun became higher in the sky the snow started to become difficult to ride in as it softened. We decided to take the Homestead trail back into Lincoln... figured it would be easier but as you can see other than rabbits and the occasional person the Homestead was covered in several inches of snow as well and we had to break trail all the way back. There would be no easy route on this day. 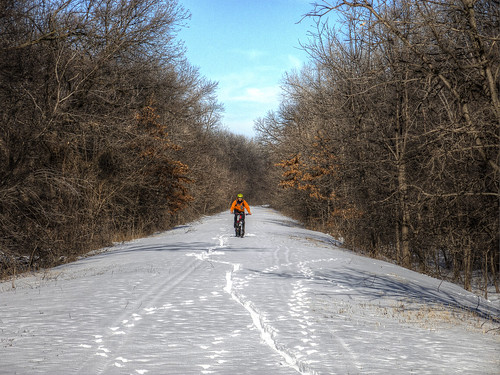 As I said before being outside was the best place to be even if it was a struggle, the park was very picturesque. 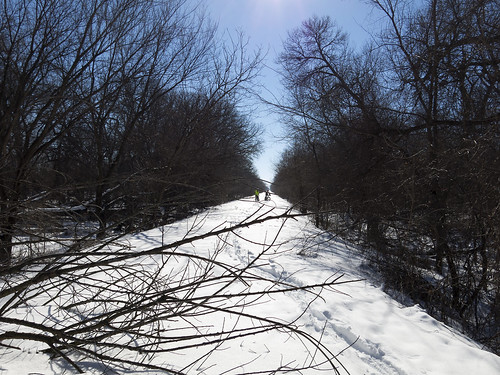 In addition to deep snow, there were several downed trees across the Homestead trail that had to be navigated around, some you could ride around but most of them you had to dismount and walk around them. Hopefully the city can get someone out there to take care of them as it looks like all next week is going to be great for getting outside. 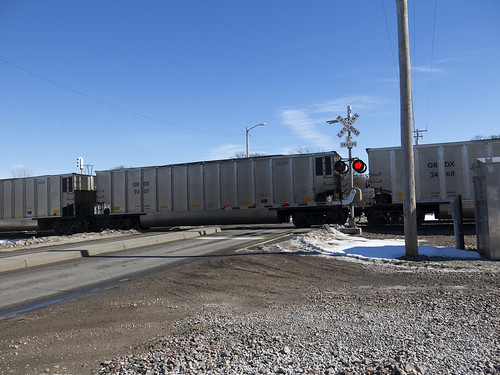 Since we were all pretty much spent after almost 2 hours in Wilderness fighting the heavy snow we opted to take advantage of Lincoln's extensive paved trails for the ride back... but even that was not without it's challenges, dang trains. 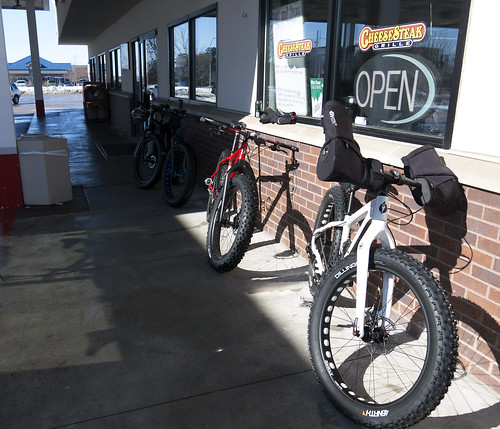 Never been so happy to see a convenience store in my life... well maybe it wasn't quite that good but it felt like it at that time. Burned through most of the water I was carrying so a refuel was just what we all needed. 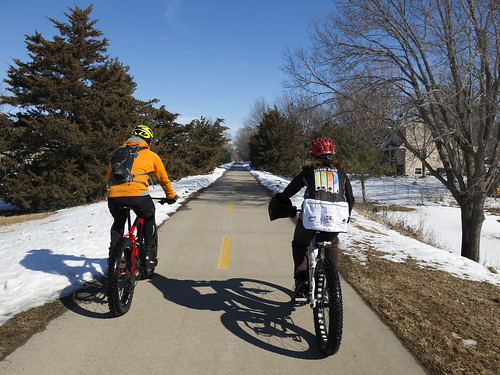 Thankfully, as is usually the case, Lincoln had the cement trails in perfect shape. Finally some smooth riding. 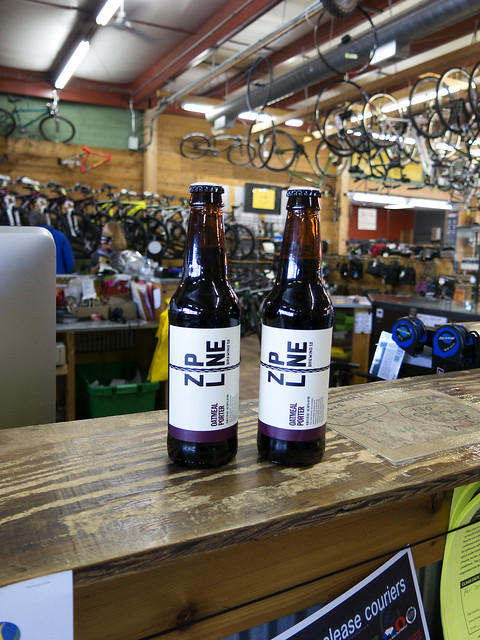 Didn't take us too long to get back to Cycle Works once we hit the cement, to my surprise Jake had stopped by and dropped some beer off for me in exchange for some Pearl Izumi shoe covers I had given him earlier in the day. Wasn't expecting the beer but man did it hit the spot, nothing makes a beer taste as good as a hard ride. 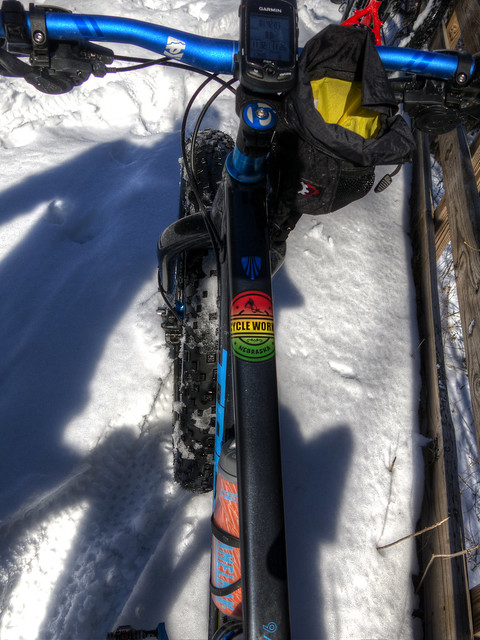 Doesn't really have anything to do with the SMNDFBR but Cycle Works has some pretty sweet new stickers right now, this guy is my personal favorite. You should pop on down and pick up some before they are all gone, because who couldn't use a few more stickers in their life?