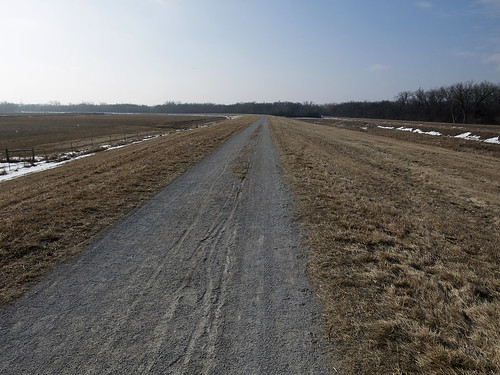 What a difference a couple of weeks can make, the two pictures are the same trail but two weeks apart. The top being two weeks ago and the bottom was from yesterdays ride, bone dry and even dusty in this particular spot. 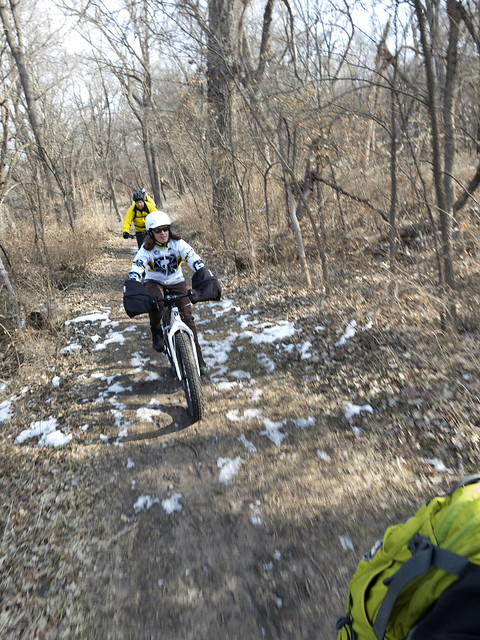 We were pretty optimistic that Wilderness would be ridable given the condition of the Jamaica North trail, the first section was perfect with just a little bit of ice. 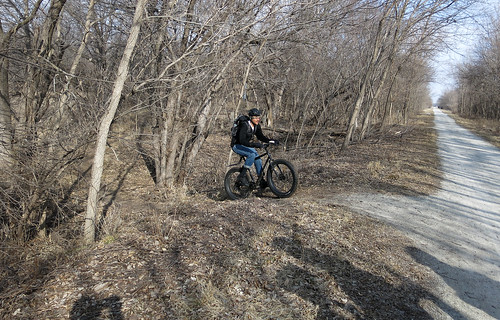 As we progressed into the next section the trails started to deteriorate, by the time we got down to Old Cheney it was clear that today was not going to be the day for Wilderness Park. 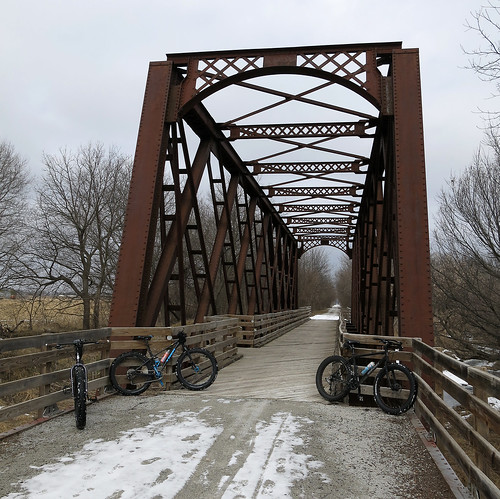 Knowing that there was a chance that Wilderness would be too wet to ride, I had come up with a plan B ride out to Hickman and back. Unfortunately due to time restraints, we dwindled down to three at Old Cheney Road. Switching to the limestone trail didn't solve our moisture problem though, most sections that were shaded from the sun were still wet or snow covered resembling a bowl of gruel in both color and consistency. 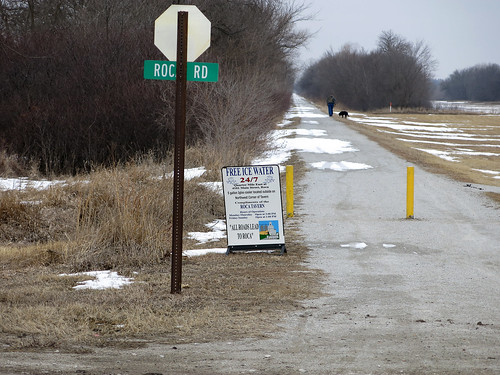 Wasn't much need for ice water on this day, temps just kept dropping and winds kept increasing but it's good to know it's there if you needed it. 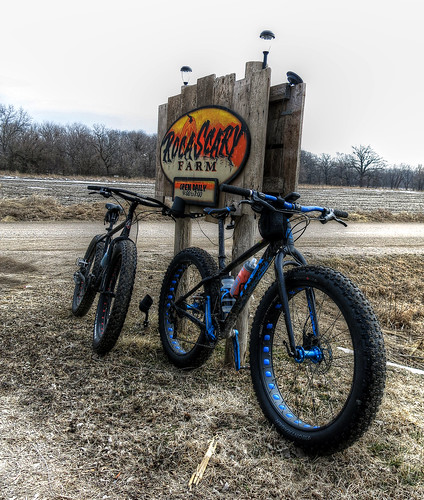 Boo! Did I scare you? Never noticed this sign before, I'm thinking it must be a fairly new edition and a bit of a name change as I always thought it was Roca Berry Farm for all but a month out of the year. The berry business must not be as good as the scary business.

We also parted ways with our third at Roca as he had another route he wanted to ride that would take him back closer to home. Given the dark skies and stiff breeze it was probably the smart move but I never claimed to be all that bright so we continued on to Hickman. 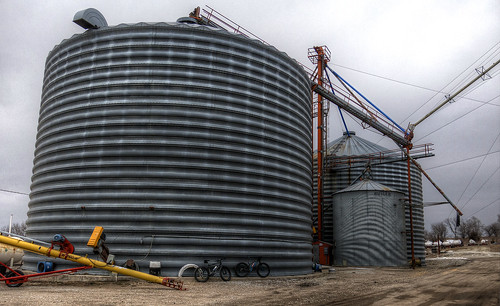 Downtown Roca, not exactly a hot bed of activity but they have a pretty cool Co-Op. 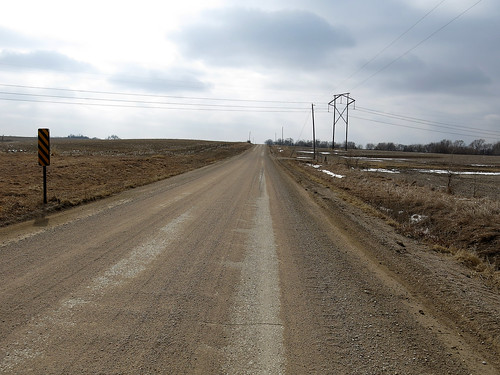 Pushing on toward Hickman we were glad to switch over to gravel, it was in primo condition and much cleaner/dryer riding than the Jamaica North. 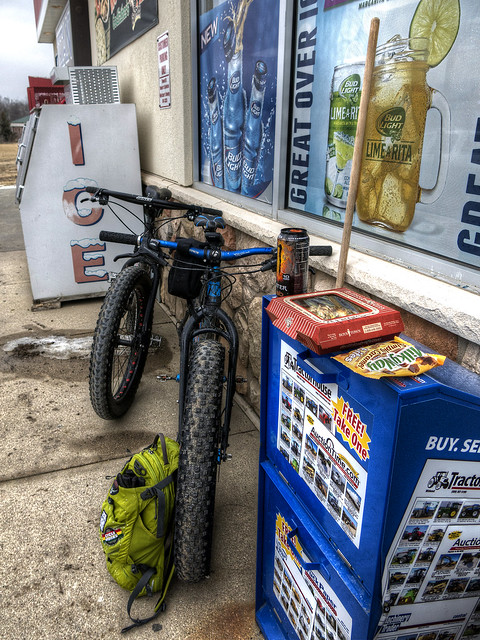 Once we go to Hickman we stopped at the U-Stop for a little humble pie (the actual name of the pizza), a Monster drink and a little something extra for the ride home in the way of Simply Caramel Bites. Probably not the ideal cyclist refuel but I very rarely get confused for an actual cyclist so it's all good... any way you slice it (pun definitely intended).

The ride back into Lincoln was straight into the wind and sloppy but in mid February I guess that is to be expected. As much fun as the fat bike has been this winter, I'll be glad when the weather starts warming up on a consistent basis; plus it'll be nice to not have to clean the bike after every ride.
Posted by Rydn9ers at 8:05 PM