I had been eyeing Osprey packs  for awhile now online but never pulled the trigger because at $84 or greater per pack it's one of those things that you want to see up close and personal first, unfortunately the only Osprey packs I have been able to find around here are the large hiking packs but no mountain bike specific packs at all. I finally got a chance to get my hands on one recently on my trip to Seattle, I stopped into Center Cycle looking for a water bottle and discovered that they happened to carry Osprey packs.

After checking out the fit/finish and construction of both the Viper and the Raptor series packs I ended up going with the Viper 10, the upper middle of the size range for the Viper series they are available in sizes 4,7, 10 and 13, each number representing the liters of "stuff" they can carry as opposed to water volume. It struck me as a bit of an odd way to measure internal capacity but their website does convert it into cubic inches. For comparison the Viper 10 (610 cubic inches) is just a bit smaller than the Camelbak M.U.L.E (763 cubic inches), the Viper 13 is a bit bigger (793 cubic inches) but both carry 3 liters of water. I am not sure why but even though the Viper 10 was only slightly smaller than the M.U.L.E it felt like a much more compact pack. I have three Camelbak packs but after using the Osprey I might be a convert... at least for new pack purchases I'm not going to just trash the ones I already have, that would just be almost as financially irresponsible as the government. The Viper does have some features that I really like more than those on my Camelbaks. 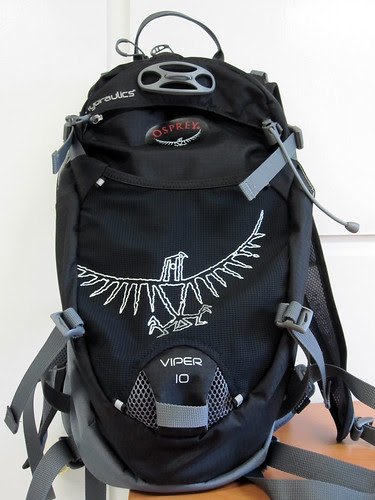 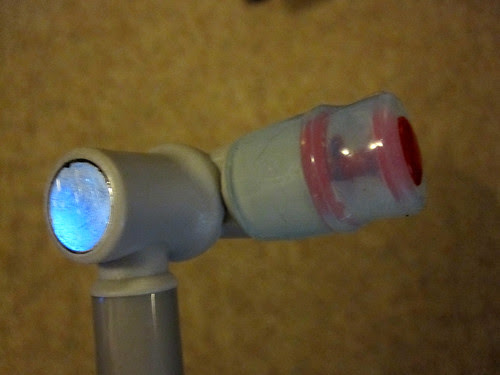 The bite valve has a magnet on it that connects it to the chest strap, at first I thought I wouldn't really have a feeling either way on that but after using it I found myself really kind of loving the concept. It did a fantastic job keeping the bite valve secured and conveniently located on the chest strap where it was easy to find and out of the way even over rough terrain. 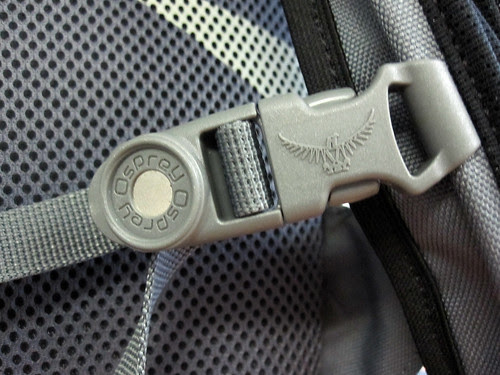 Probably the coolest feature that the pack has as far as I am concerned is their Lidlock helmet retaining system. 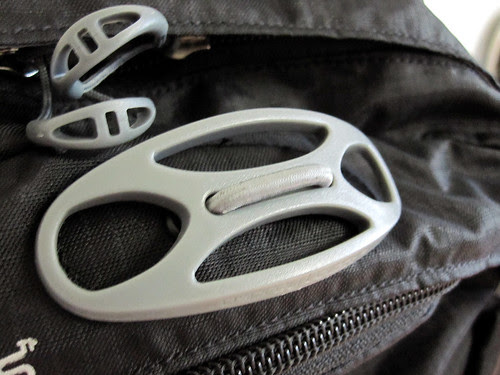 It's so simple yet effective, pull the plastic clip away from the bag, put it through a vent hole on the helmet, turn it sideways and it keeps the helmet secured to your bag. I have noticed that the loose-ish fitting visor on the Fox Flux helmet can get knocked off fairly easy if the visor points downward so if you have one or another helmet with an easily detachable visor it might be a good idea to remove it and stick in in the pack if your going to be walking around with the helmet attached to the pack. 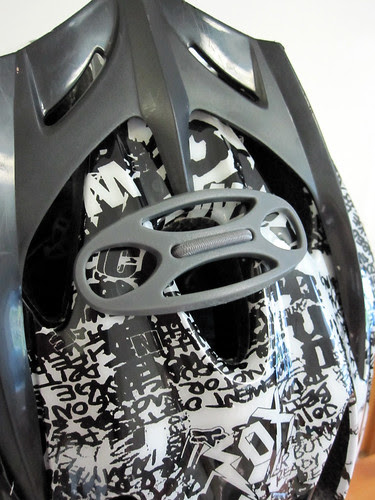 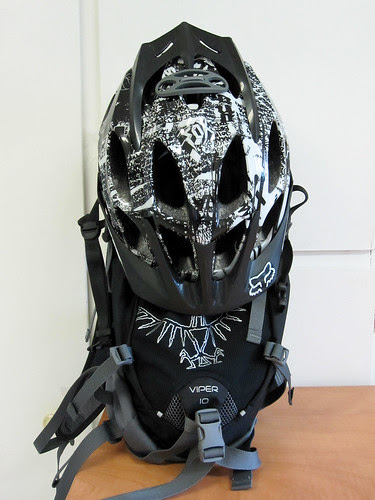 There is even a drawstring so you can increase or decrease the tension on the Lidlock. 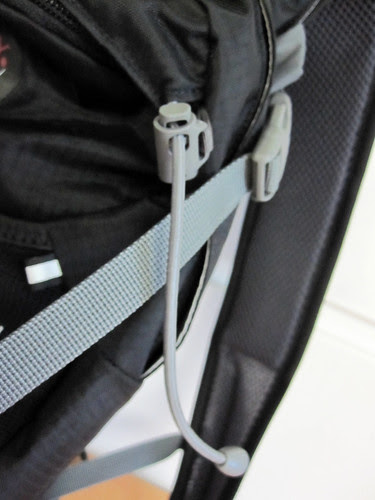 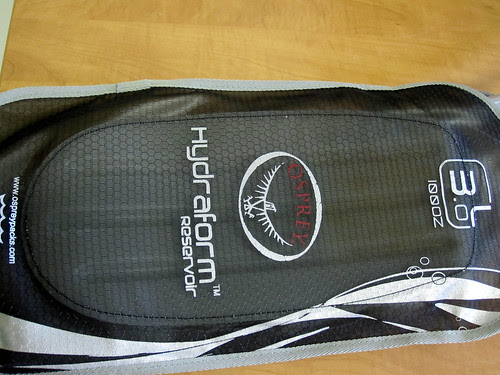 There is still much more testing to do but as of right now I am kind of digging the pack and would be the front runner if I were looking for another pack. If your in the market for a new pack I would recommend checking out an Osprey as well, although I am not sure where you can find them around here so you might have to get one online unless your like me and have to be able to fondle it first. It'd be nice if one of the LBS would start carrying them, I really don't mind paying a little bit more for something if it supports the shops in town.
Posted by Rydn9ers at 10:17 PM