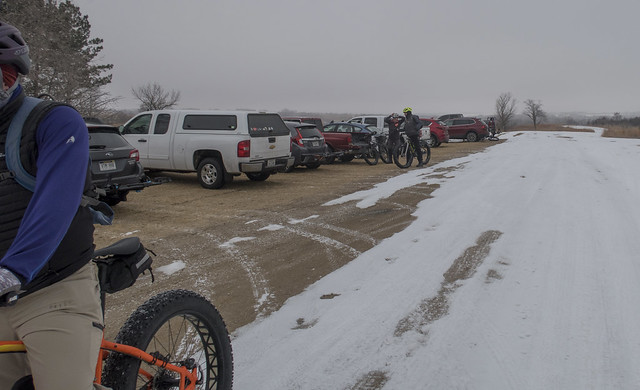 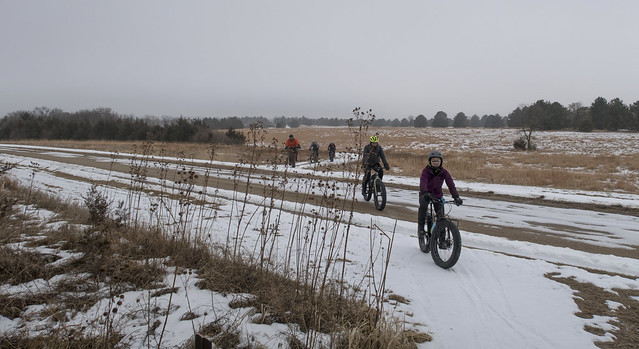 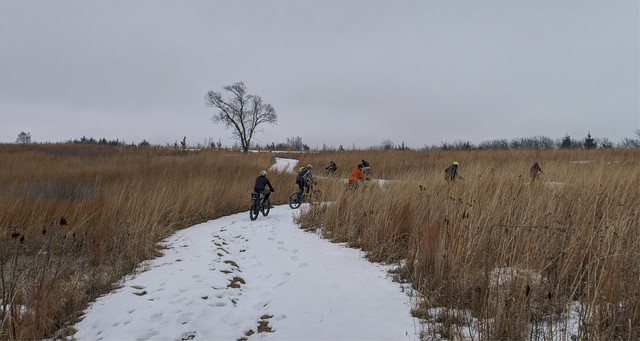 Temps had been fairly warm during the week last week, some days above freezing and the rest hovering right near that mark. This lead to some pretty significant snow melting but Saturday dipped back down below zero and was forecast to stay that way most of the day with lots of cloud cover. We headed out to see how Branched Oak's Area 7 was as far as riding was concerned. 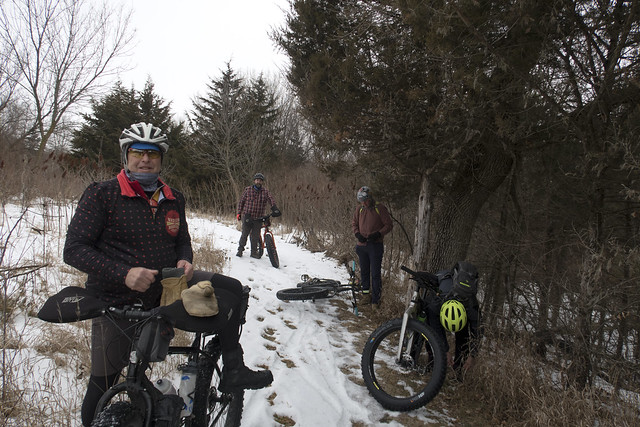 The entirety of the single track was a mixture of crusty snow on top with dry snow underneath, add to that the frozen post holes created by foot falls and it was a slow and arduous time at best. I dressed fairly light because I figured even under the best conditions we would warm up quick, I even miscalculated that and by the time I got a quarter of the way around a loop I was down to two layers of moisture wicking fabric up top and even then I was a sweaty mess. 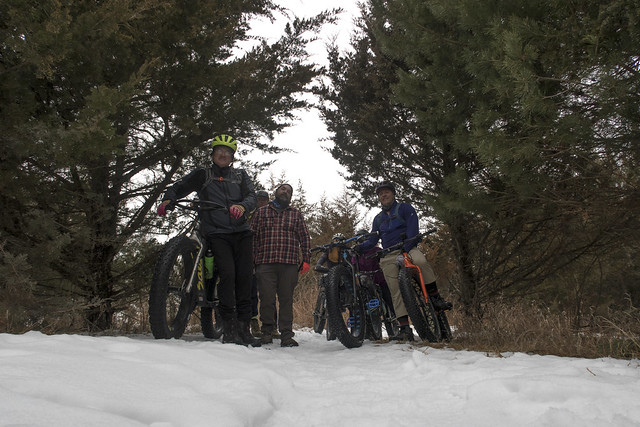 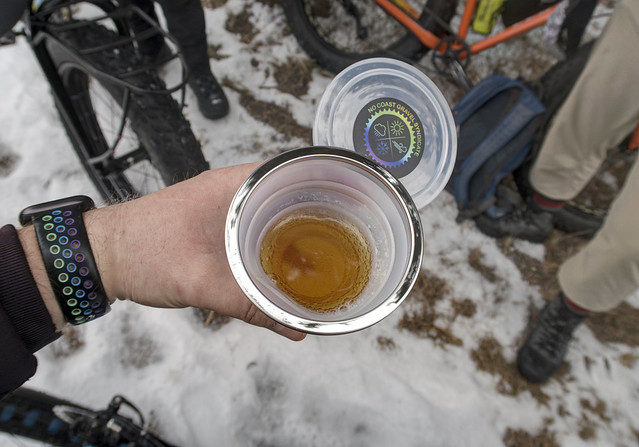 Even though the loop is only aobut 5 miles, there were plenty of stops to regroup and cool down. I think our over all average speed around the track was just a bit over 4 mph, yeah it was that kind of day. On the bright side the beer, or in this case cider, was kept cold and went down smooth as silk. I did note that cider in a clear cup looks more than a little like a urine sample provided by a donor not keeping up on their hydration. 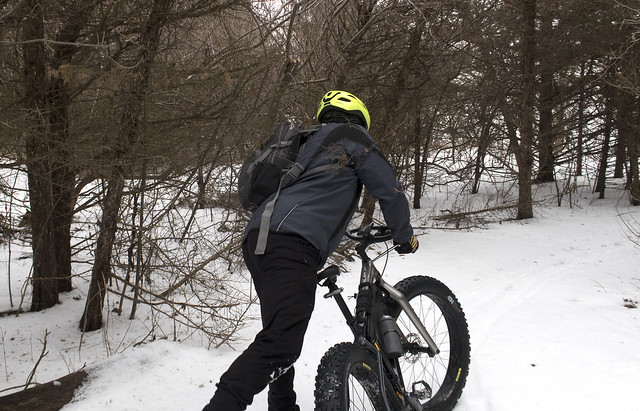 Dan learned that if you roll around in the weeds, cockleburs will still stick to you even in winter. 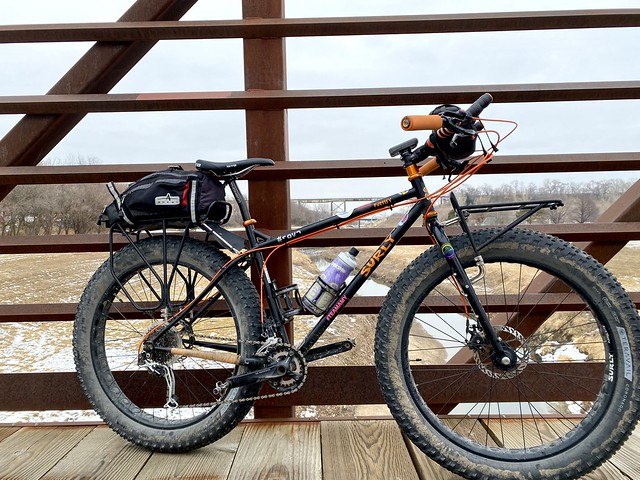 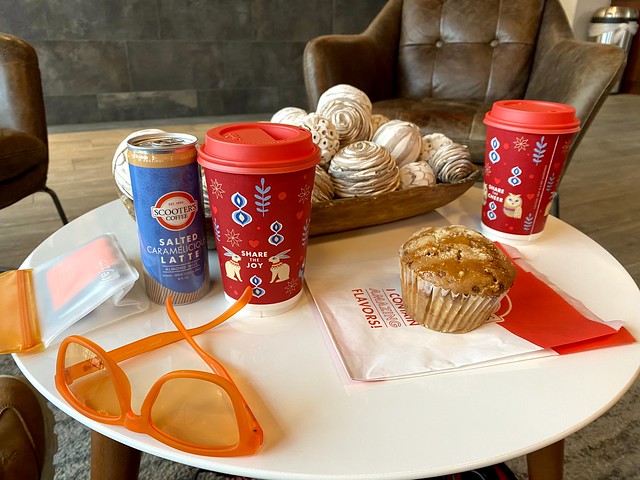 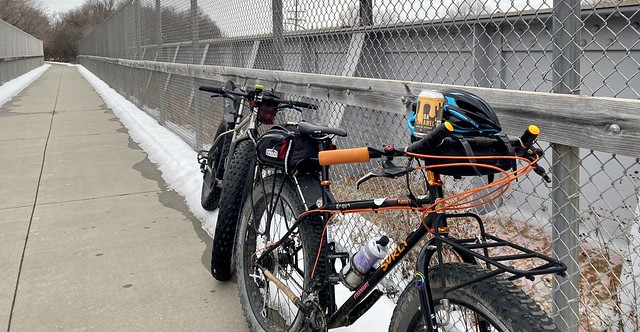 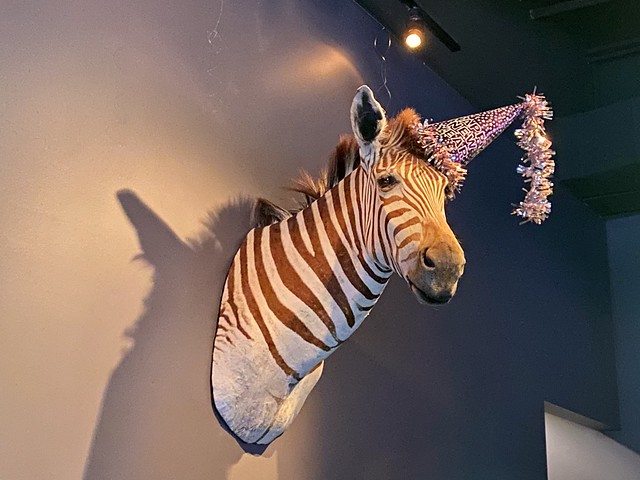 Sunday was a chilly one and more of an urban ride but it was the first decent ride over 20 miles this year and the wheels were buried in snow either, so there's that. Warmer temps are in the forecast for this week so if that holds true there might be bigger miles in the plans for next weekend also. Tossing around some crazy ideas for next years gravel schedule so gotta get those numbers up, up and away.