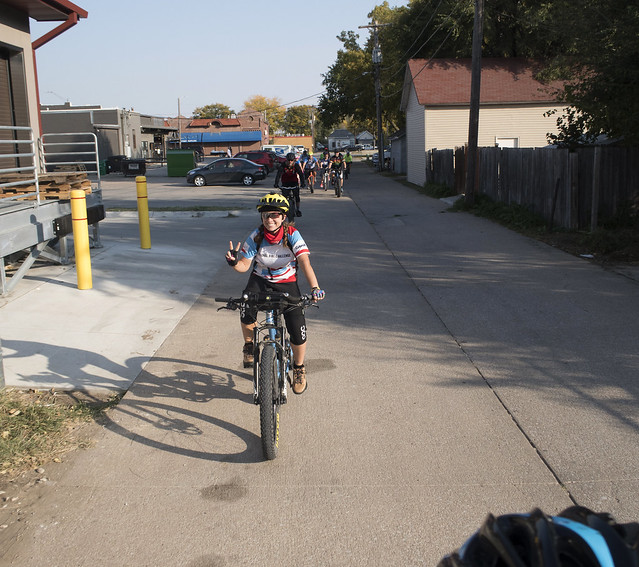 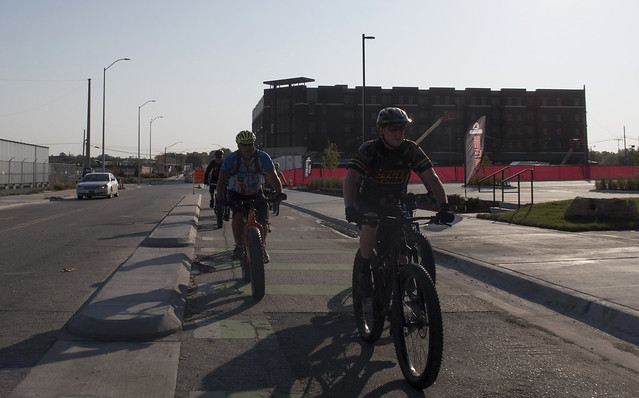 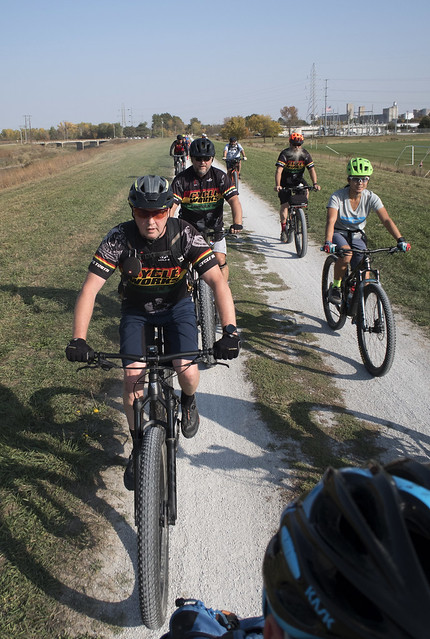 Tried to get out to Van Dorn Park and Wilderness Park last week but a late Friday night shower put a damper on those plans. So were rolled forward a week and gave it another go and as it turned out the conditions were much more favorable this week. We did two laps at VDP first and then headed over to Wilderness Park with the plan to get to the danger bridge and cruise on back. VDP first worked out much better than waiting until the end, while not the biggest loop in the world if you're trying to maintain some speed, those punchy climbs will get the lungs and legs working. 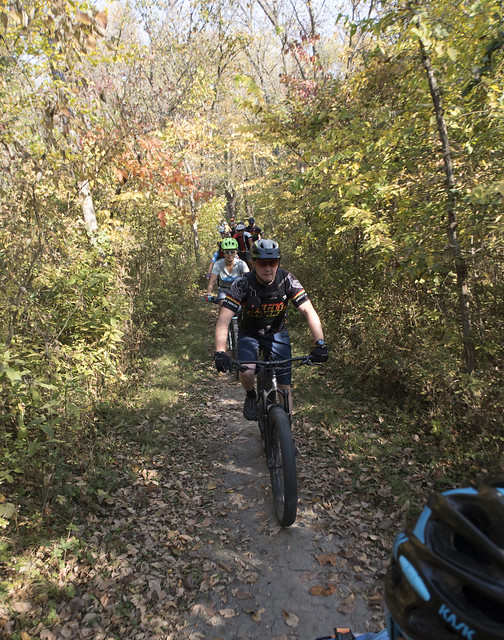 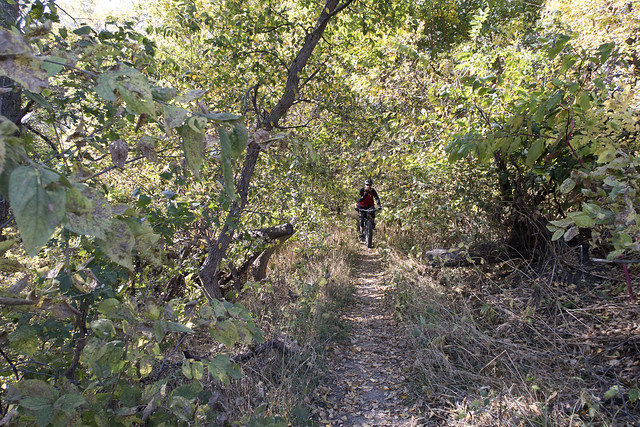 Park was in great shape, once we got to Danger Bridge we decided to roll down on the top of the old railroad bed to check out the progress of the new bridge that will eventually connect the Jamaica North Trail to the paved trail system in south Lincoln. 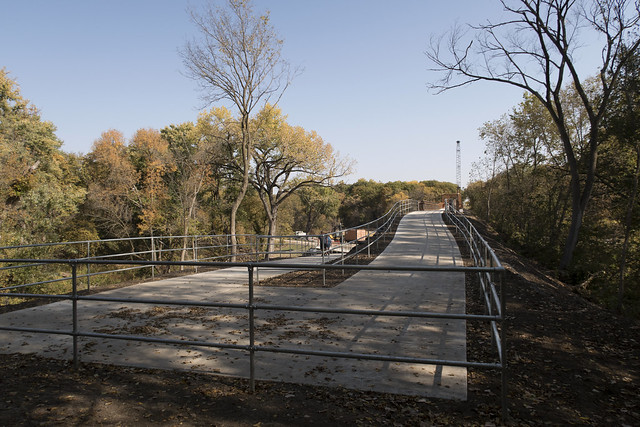 Looks like they are really close to being done on the west side of the construction, not sure what it looks like on the east side where they needed to pave about a half mile of trail to connect the bridge to the existing city trails. I was a bit disappointed to see that they built the hand rail in a manner that cuts off the trail on top of the old railroad bed in Wilderness from the new bridge but it sounds like eventually they plan to open up access at this point. My understanding is this will happen after they figure out how to take some of the danger out of Danger Bridge by adding guard rails of some sort to that bridge. That's "progress" and the world we live in, nobody has ever fallen off the bridge in it's 100 or so years of existence that I know of but because someone might decide to do that now we have to make sure there is Nerf on all the sharp edges and the crayons are all picked up. Morons are not an endangered species but we certainly act like they are, maybe that's why there are so many of them. 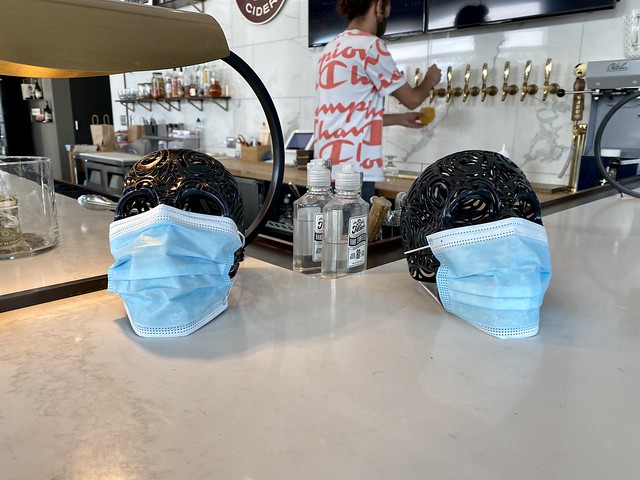 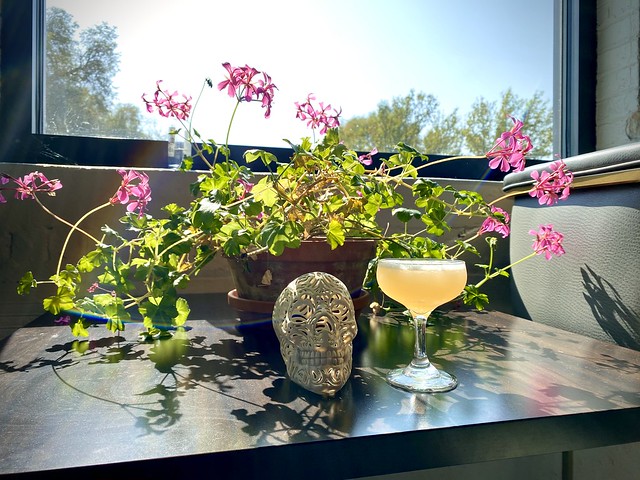 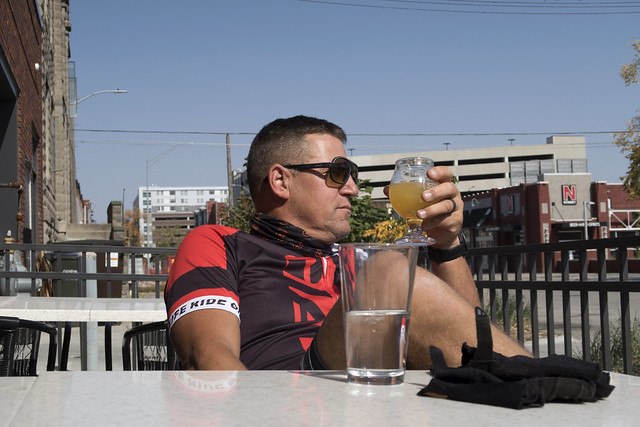 After Wilderness we hit up Saro for a much needed refreshment, Dave was looking especially pretty in his kit and scarf. 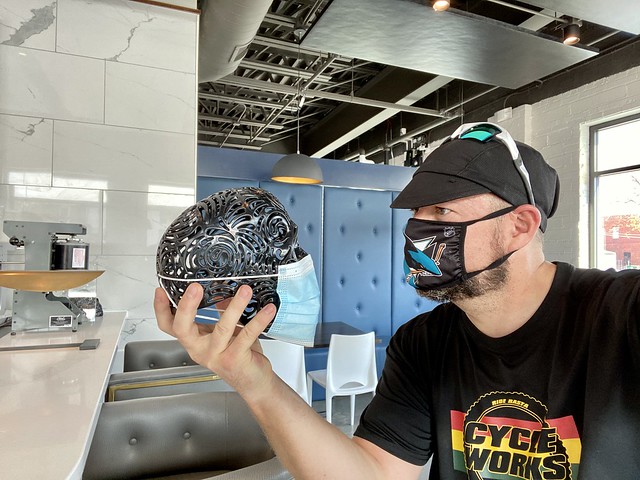 "Alas, poor Yorick! I knew him, Horatio, a fellow of infinite jest, of most excellent fancy. He hath borne me on his back a thousand times, and now, how abhorred in my imagination it is! My gorge rises at it. Here hung those lips that I have kissed I know not how oft. —Where be your gibes now? Your gambols? Your songs? Your flashes of merriment that were wont to set the table on a roar? Not one now to mock your own grinning? Quite chapfallen? Now get you to my lady’s chamber and tell her, let her paint an inch thick, to this favor she must come. Make her laugh at that.—Prithee, Horatio, tell me one thing."

Had a bit of a Hamlet moment at Saro, didn't think much of it at the time and was just goofin around with the mask clad skull but later when I was going over pictures it kind of hit me how fitting that scene in Hamlet is for everyday life. Death comes for all of us and we never know when that is going to be. 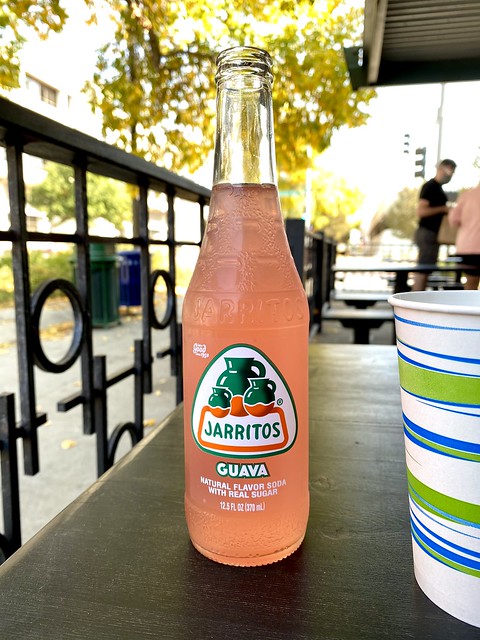 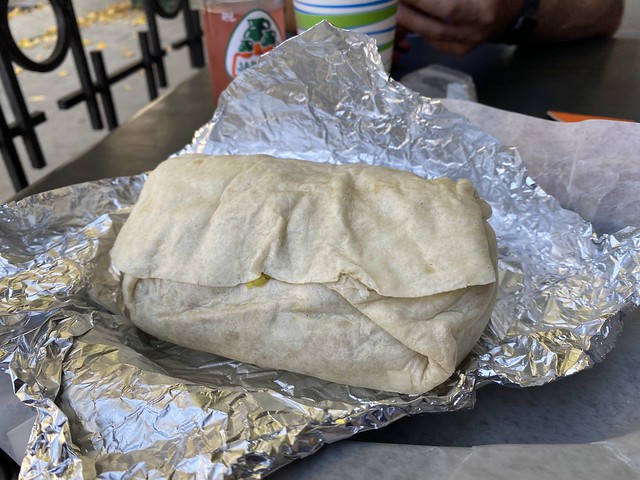 After Saro there was a quick stop over to Oso Burrito for some tasty morsels. I am so glad it was just a brief hiatus for Oso, used to stop at the one on Van Dorn and 70th Street all the time on my way out of town and it's nice to have it back. Menu is a bit truncated currently but hopefully that will change as things open up more, time will tell on that I suppose. 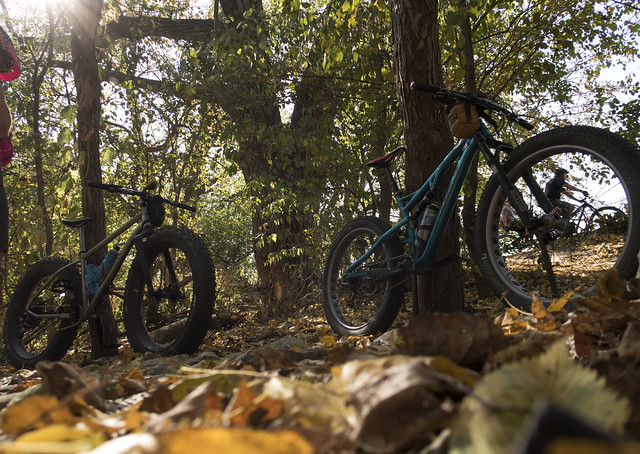 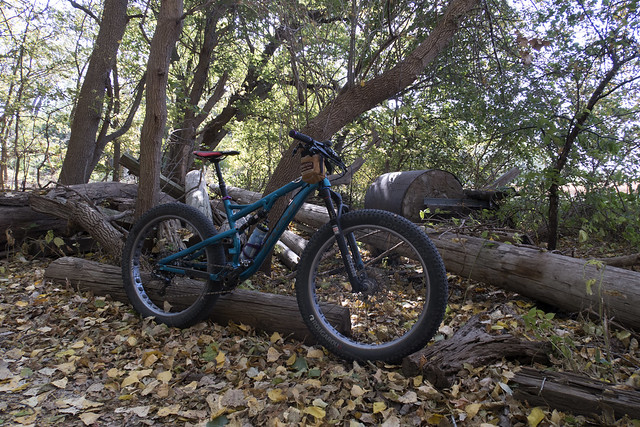 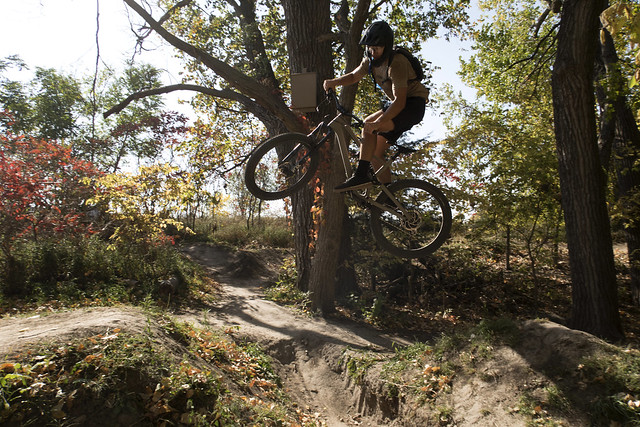 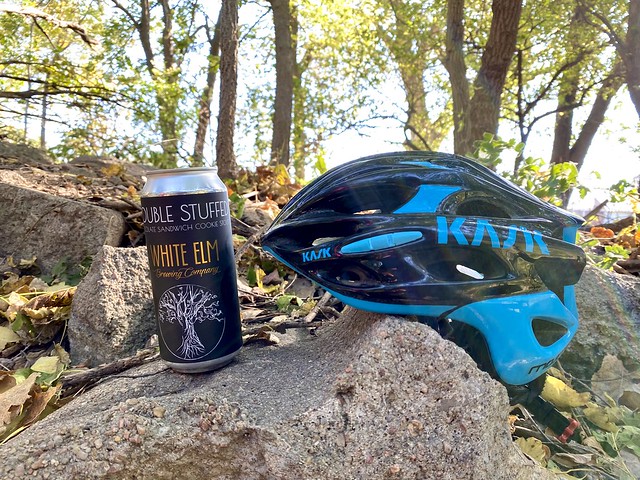 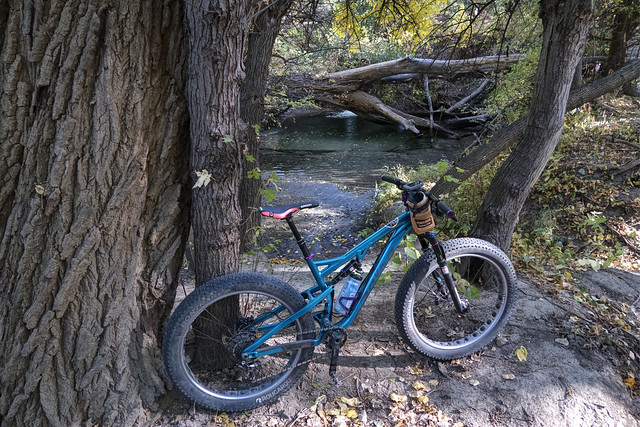 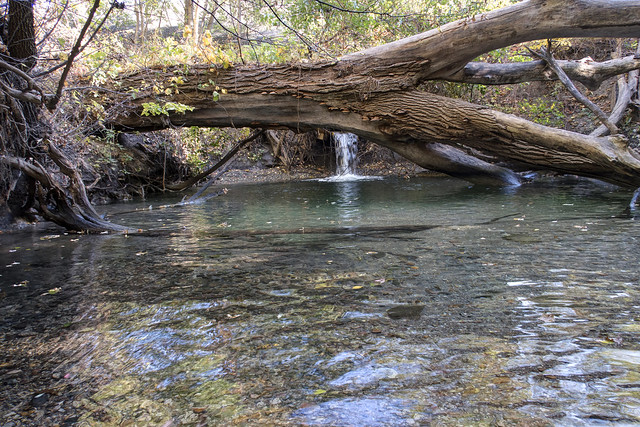 Sunday we finally made it out to the Oxbow Trail in Ashland, pretty cool place. A lot of jumps and a few elevated skinnies, not really my style of riding but for those who prefer that type of thing it would be a veritable play land. I did happen upon this waterfall and pond on the back half of the black diamond section. Hard to believe this is Nebraska but it is and while the waterfall is technically a culvert it does carry water from the natural stream, it was a gorgeous crystal clear surface over a jade green stream bed. The camera didn't do it justice at all, if you head out there make sure to take it in even if it means walking most of the black diamond trail. 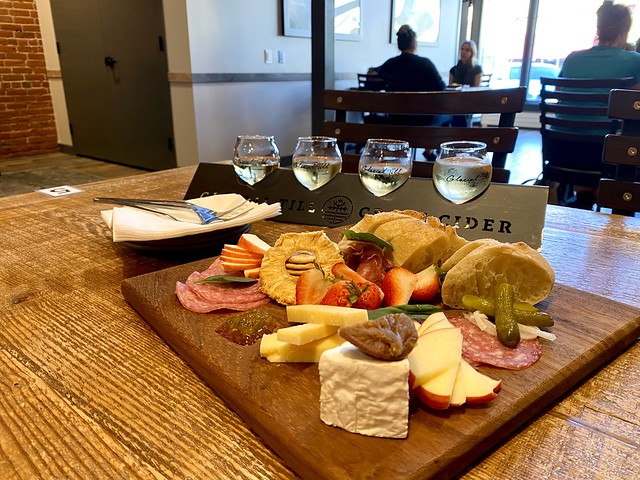 Wrapped up a perfect weekend of riding bikes with a stop at Glacial Till's tasting room. While Oxbow might not be my bag, Ashland is definitely worth a repeat visit and who knows maybe the more I ride Oxbow the more it'll grow on me.