Watch The Donut, Not The Hole 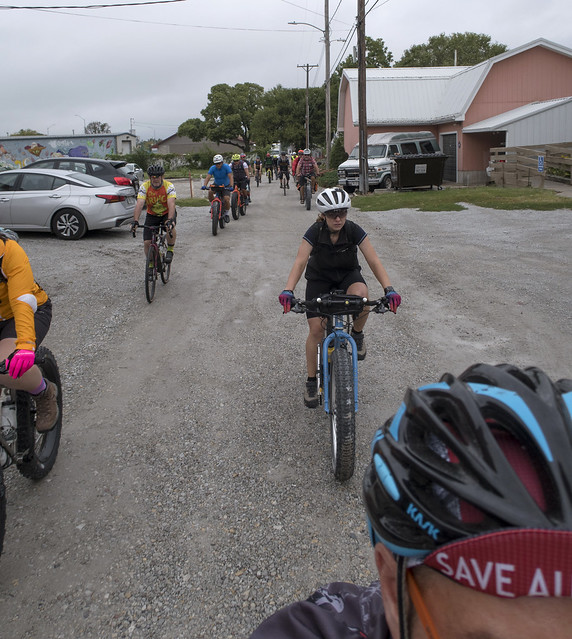 The weather last week was a little snippet of what is to come as we roll into fall. Chilly and rainy days for the majority of the week had the gravel looking like it might be a little soft, so an urban donut ride was on the docket for Saturday. 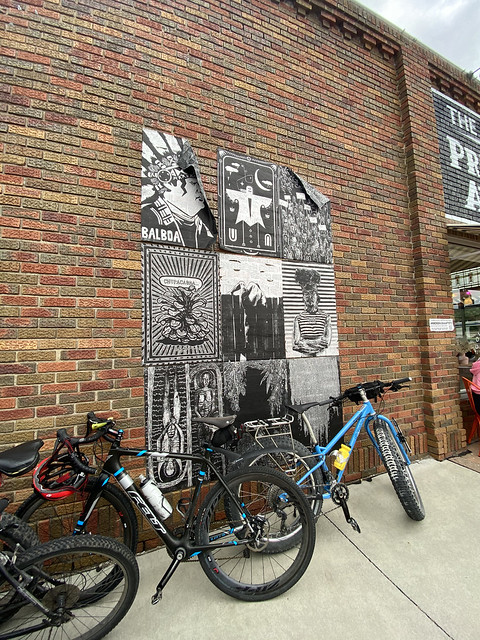 First stop on the tour were the shops on Prescott in the Union College area, some of us choosing Goldenrod Pastries and others preferring the Mill. You can't really go wrong with either. 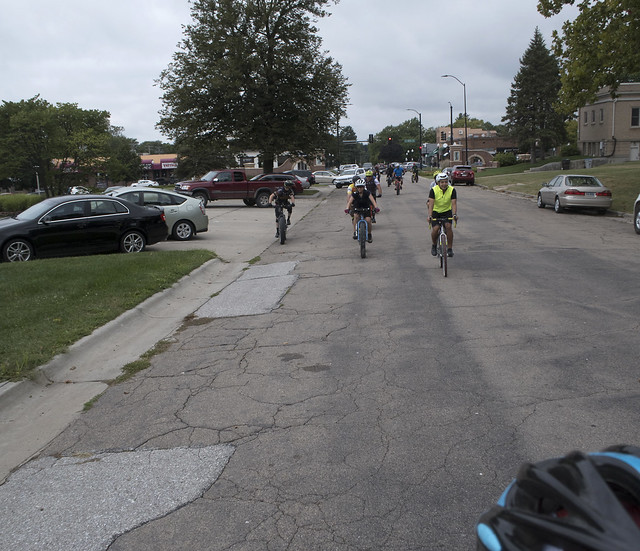 Forecast had called for partly sunny skies but I'm not sure where that sun was at early in the ride. Leaving out of Union College we snuck down Prescott to catch up with oft forgotten trail behind Holmes Lake. 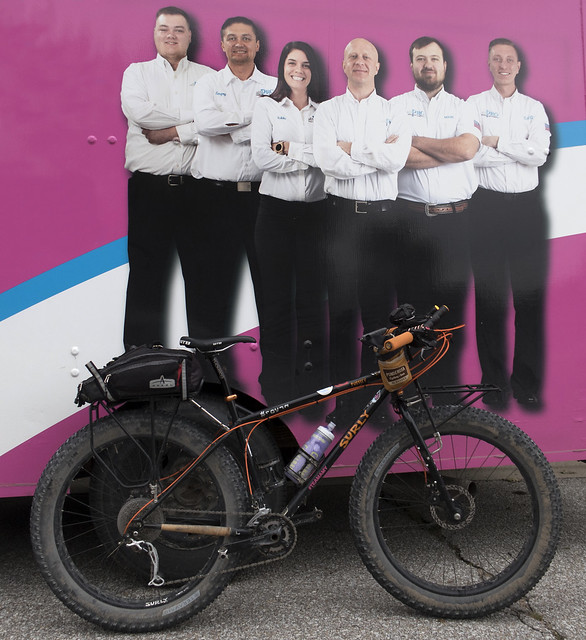 Since it was a casual urban ride, folks were encouraged to bring their fat bikes. There is just something about a group of fat bike tires droning on the multi-use trails that speaks to me. Seemed like everyone approved of my decision to bring the Pugsley. 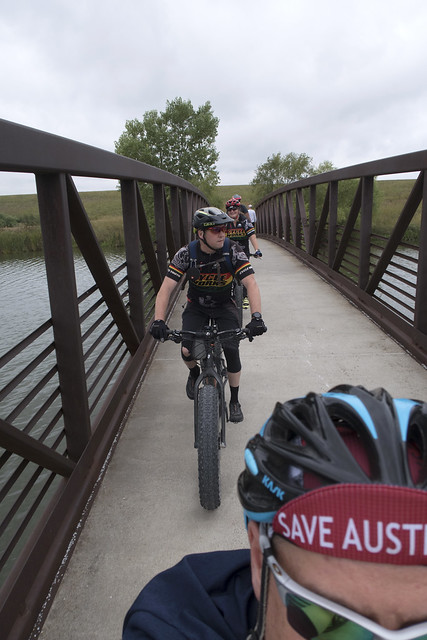 Snaked our way through Holmes Lake and the dog park to end up at Rock-N-Joe's for our second stop. 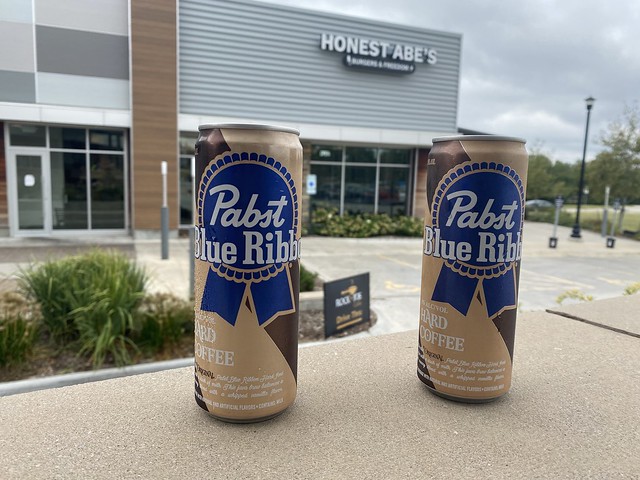 While Rock-N-Joe's has great coffee, the PBR, hipster coffee was calling my name. 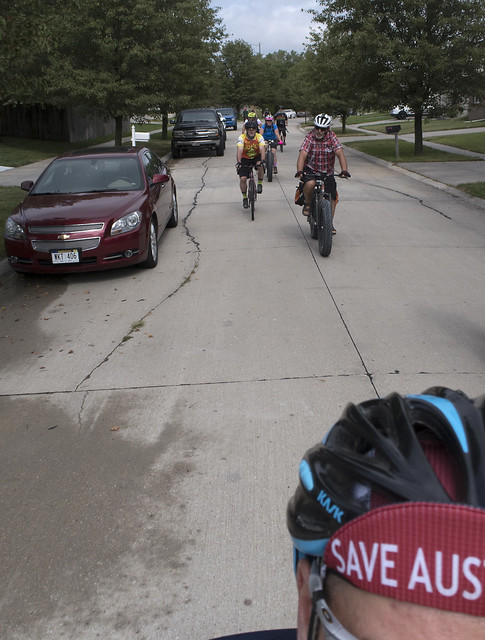 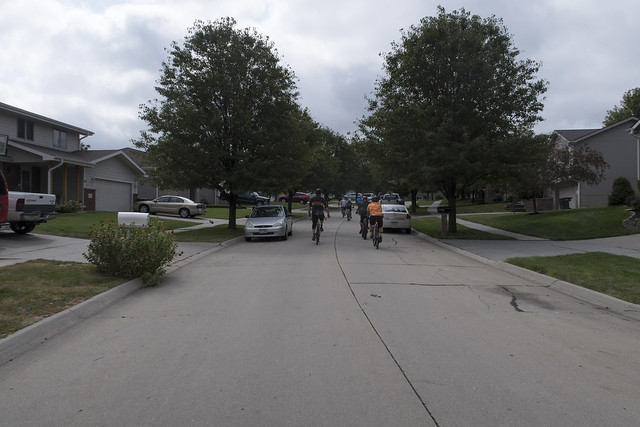 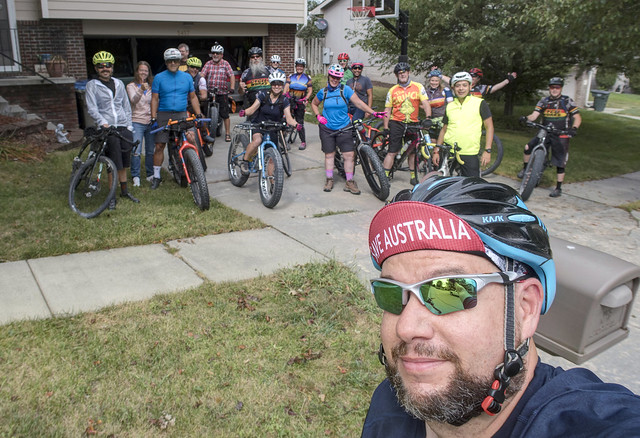 Made a little detour off of the route to ride through the neighborhood and stop of at Jamie's for a quick second. It's been a while since she's been on a ride so it was good to see her again. 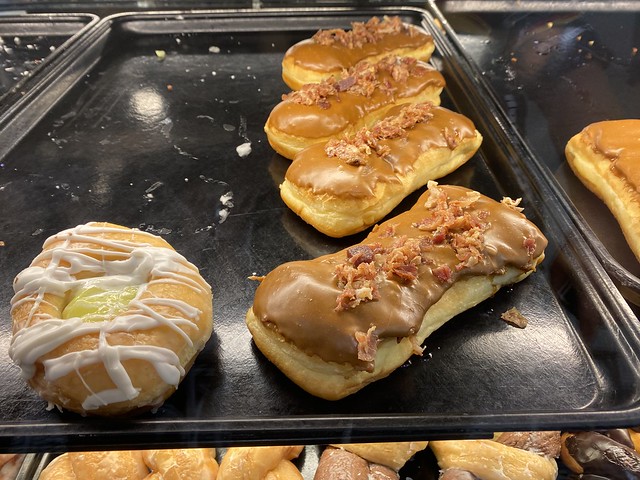 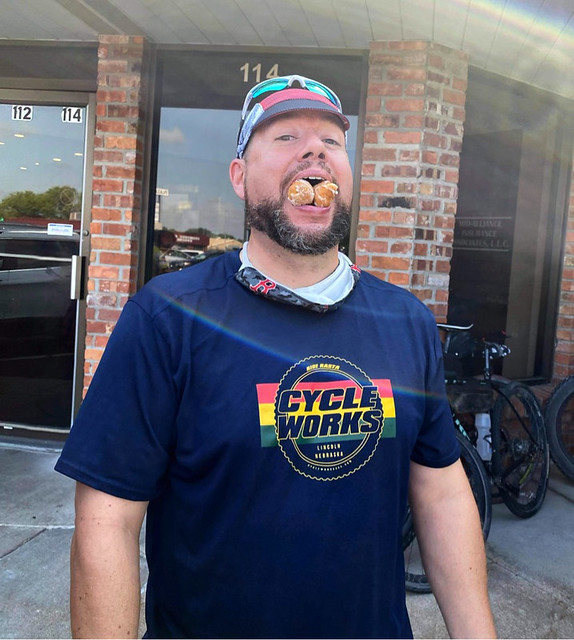 Next up was the always delicious, Donut Hole. Things got a little weird there, probably from all the sugar coursing through our veins after 3 donut stops. 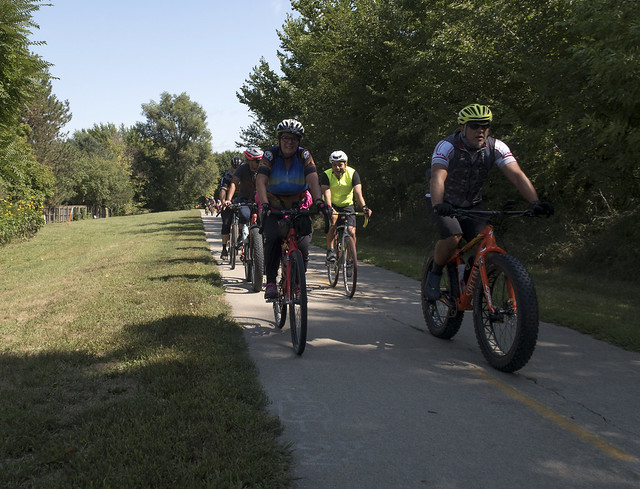 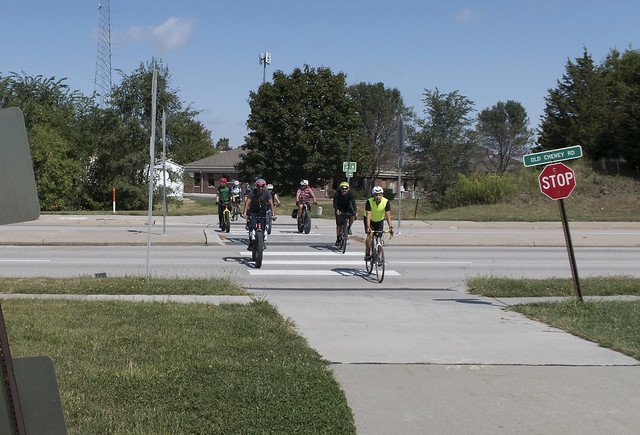 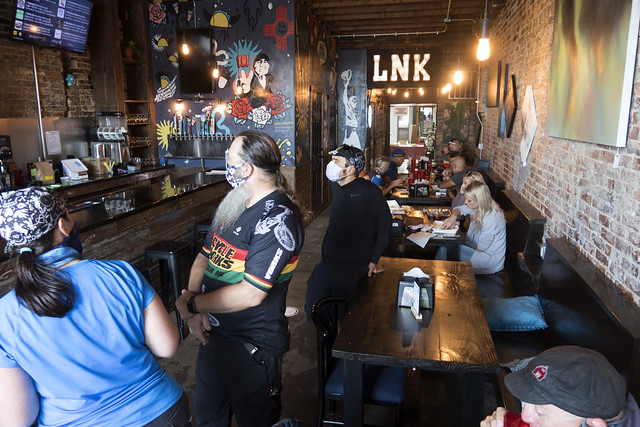 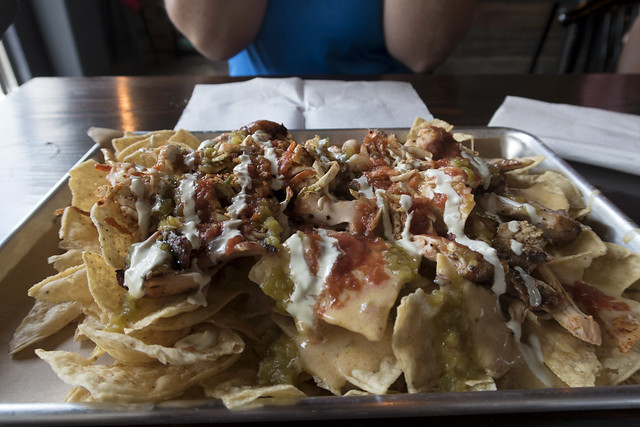 Since we were all on a sugar high, the remaining three donut stops were skipped. Instead we stayed the route and ended up at Muchachos just in time for lunch, since it's in the old Method location the bikes probably could have taken us there on their own. 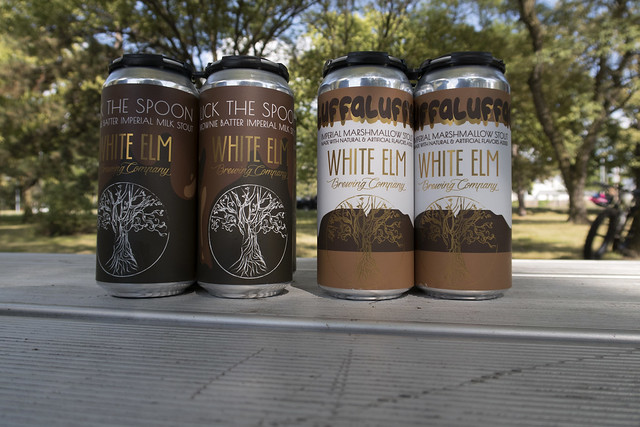 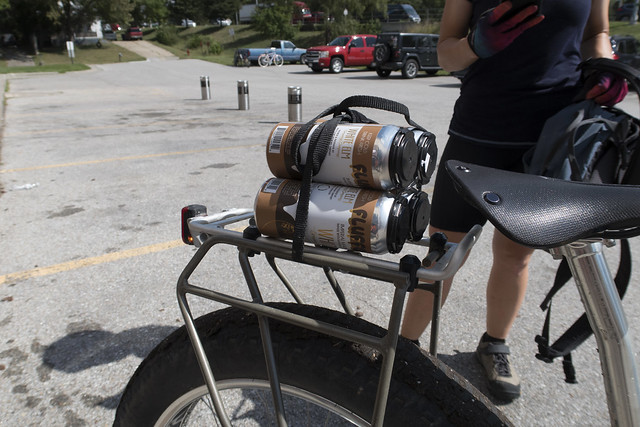 After the official ride ended, a few of us headed to White Elm for their new Lick the Spoon offering and the always tasty Fluffalufagus. 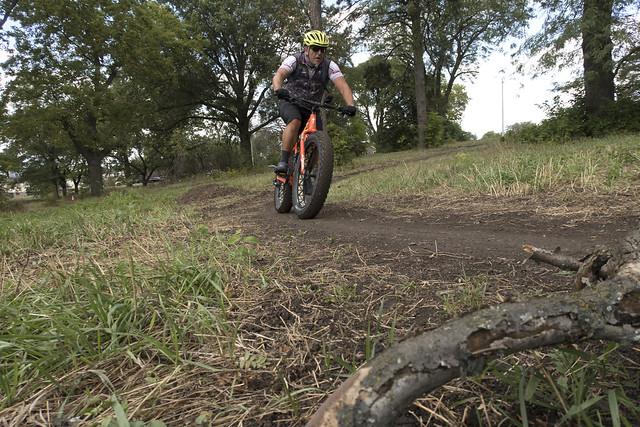 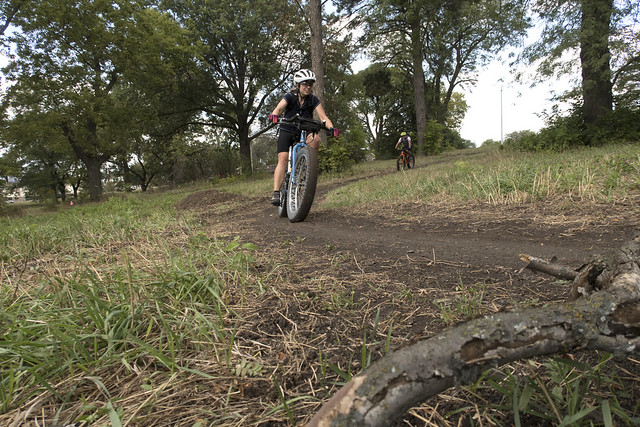 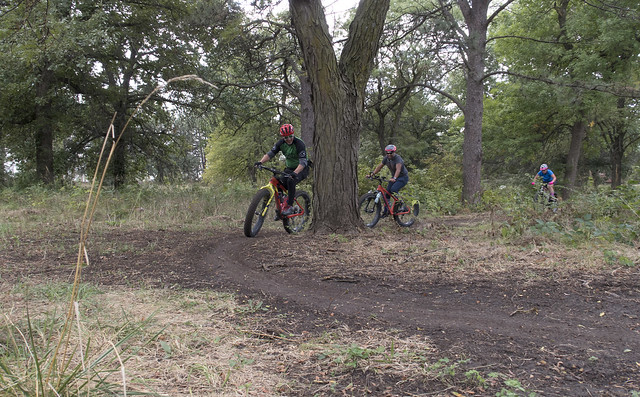 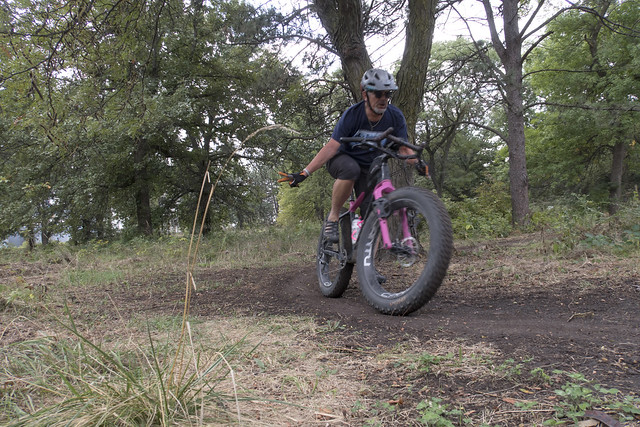 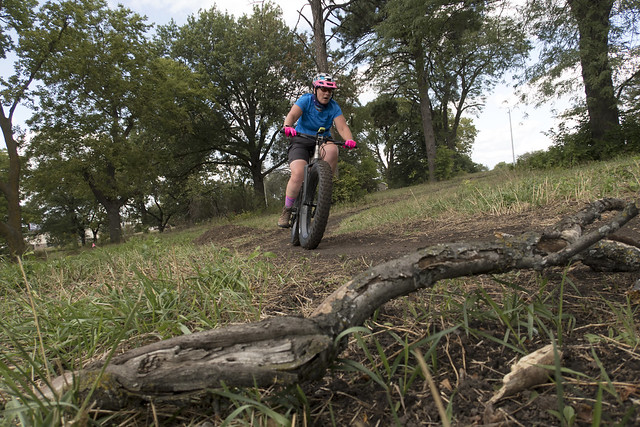 And then went an rode Van Dorn Park, the order of those two things probably should have been the other way around.