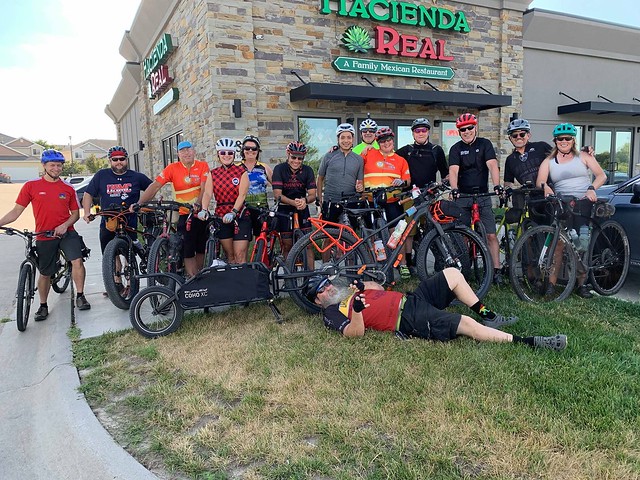 I don't make it down to Lincoln for Pub Pedalers quite as often as I'd like to, moving to and working on the north side of Omaha hasn't helped in that regard much either. But when the said it was going to be on gravel and in an easily accessed starting point from the Interstate it seemed like a no brainer and one I could make without being too fashionably late. 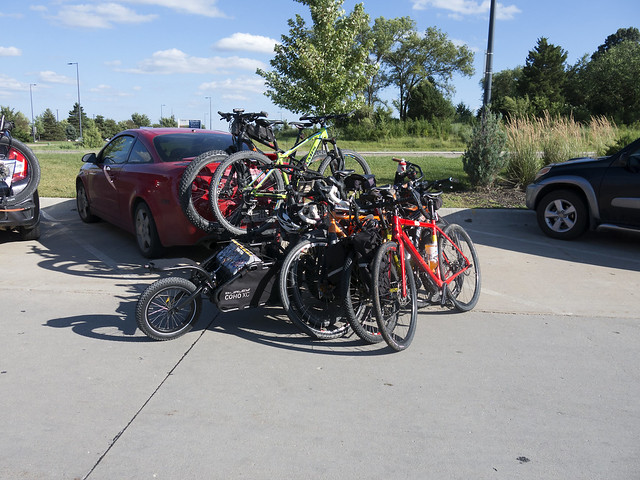 Getting there a bit later than most of the Lincolnites I was treated to this unusual parking method for bicycles, I guess when businesses don't provide any spaces for parking you have to get a bit creative. 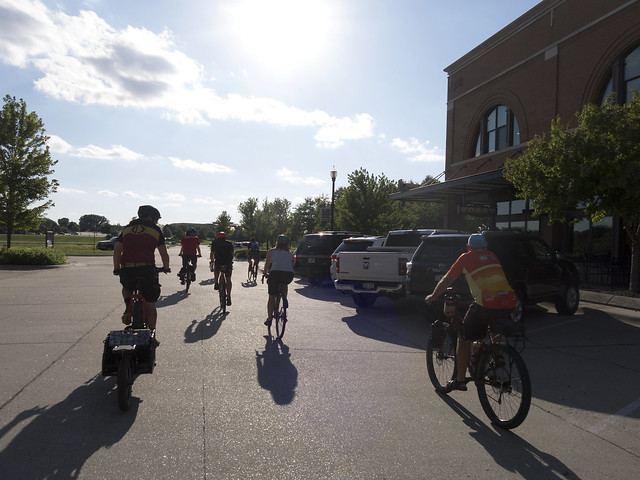 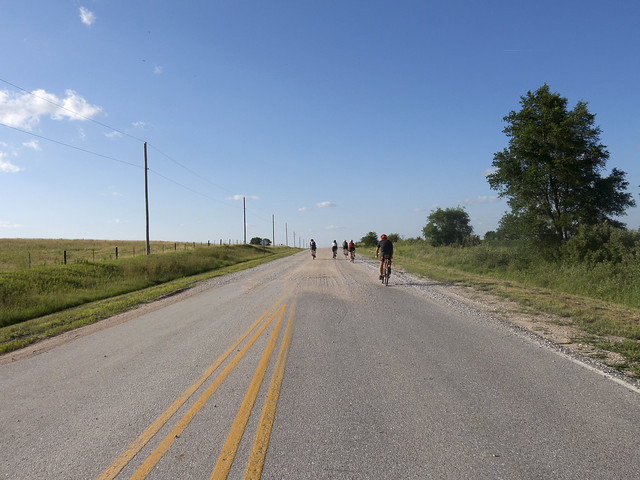 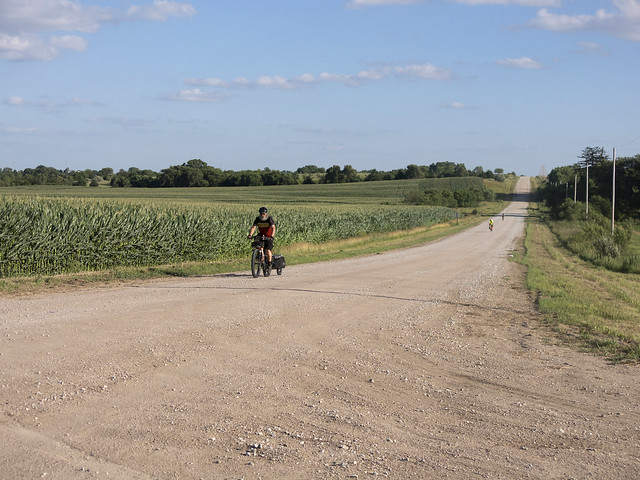 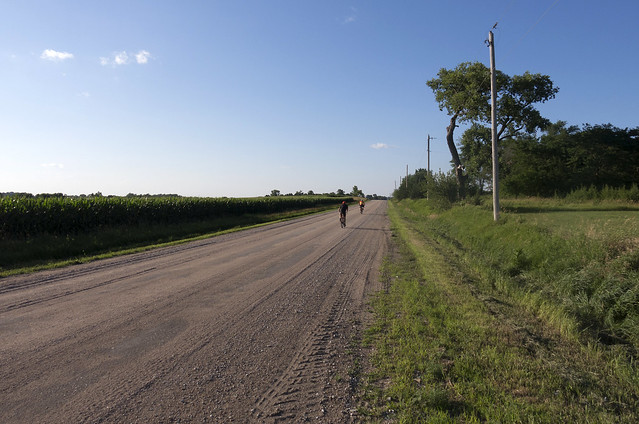 Gravel was in great shape and the night was absolutely perfect for taking the back road. I know we've done a gravel version of Pub Pedalers before but didn't realize it's been almost a year since that happened or at least the one I was able to make if there was more than one in that time frame. August of last year was the last one I can remember. Corn has really shot up over the last month too, I was in a conversation not too long ago about the sad state of corn and whether the corn would be ready in time for detasseling. Thanks to better corn through chemistry, it looks like things will go on as planned after all. 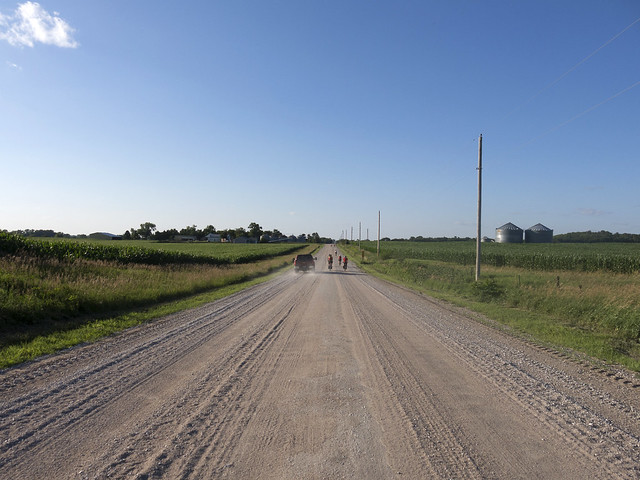 Usually the gravel is a calmer place with more courteous drivers but Thursday was the exception, this guy here whizzed past us driving with one wheel in the ditch so he could pass us on the left for some reason and then swerved over to the right to pass the next group faster than was necessary. 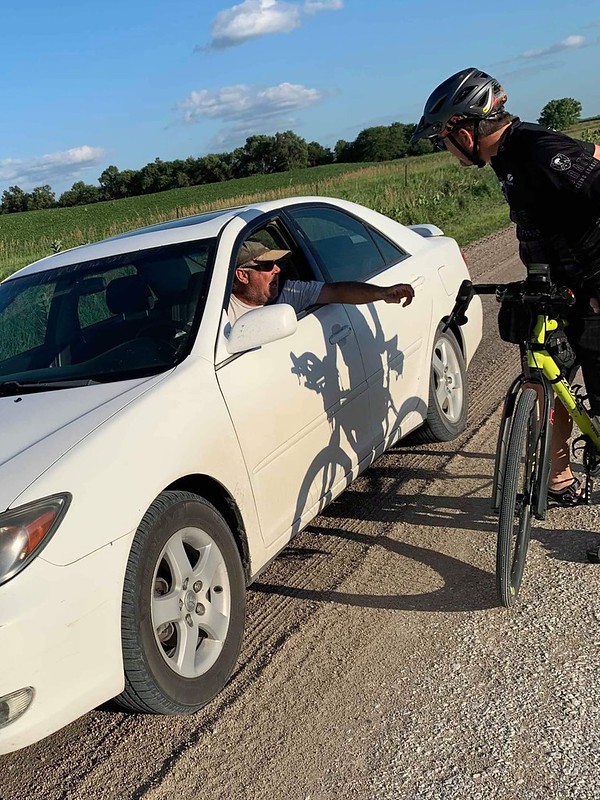 Top honors however went to this guy who passed Todd and Isabel a little too close and then stopped Joe and Katie to explain who has the right to be on a gravel road according to Mr. Twatwaffle. I guess I just don't get if it is complete ignorance of the laws in Nebraska or just a complete disregard for the laws in Nebraska but either way it amazes me how many people think their opinion matters more and are thus obligated to freely give it out unsolicited while being so far in the wrong that it's almost laughable. 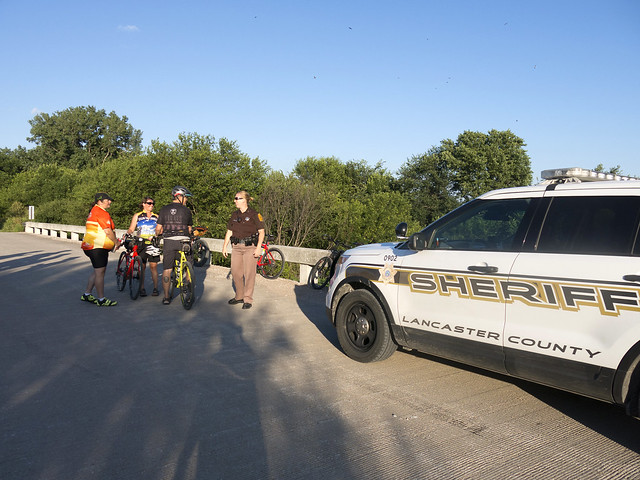 Of course this meant that law enforcement was called to report the incident, to her credit she seemed genuinely concerned about what had happened and didn't just brush it off. Since plates were obtained, not shared here, I'm sure Mr. Twatwaffle got a visit a bit later on... not that it probably did any good. 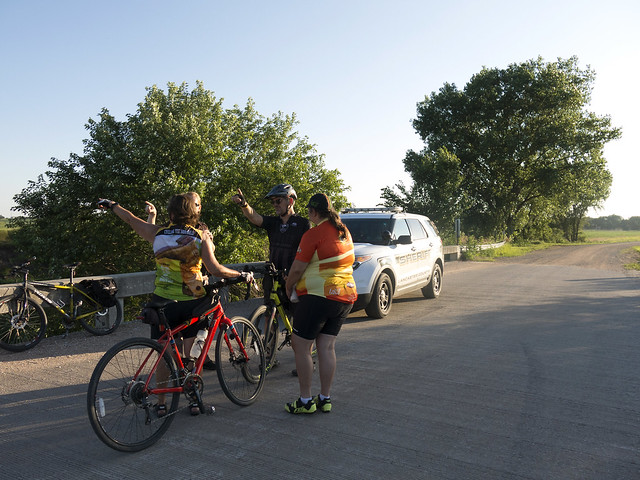 It happened right over there officer... by Raffet's house (inside joke)... two out of three seem to agree on east. 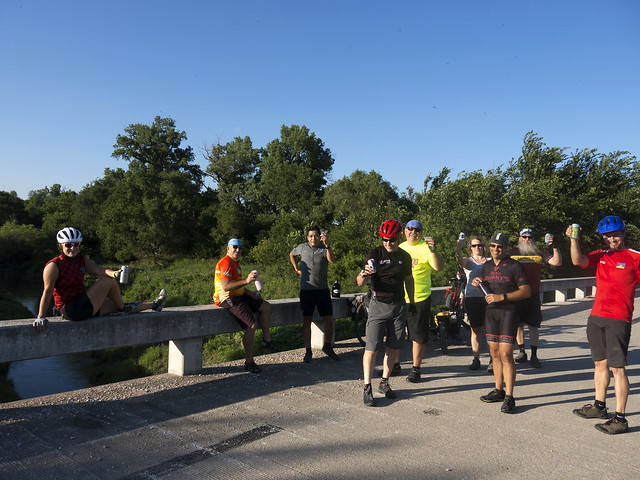 Sitting on a bridge is thirsty work, good think Gary had the barley pops in a trailer. 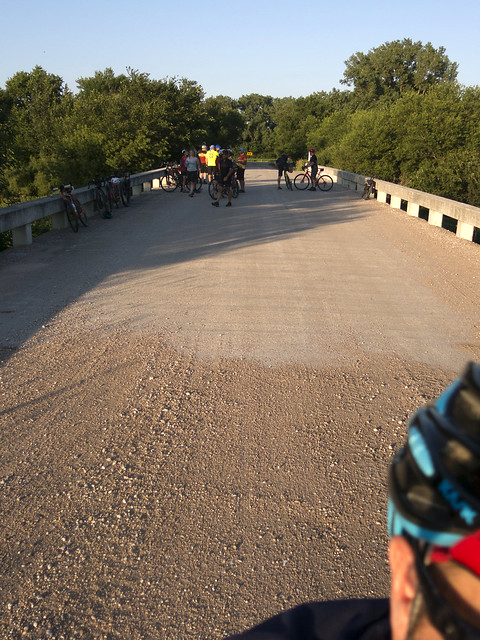 Excitement hopefully done for the evening, I parted ways with the group for a few more miles of gravel while they headed back for food. 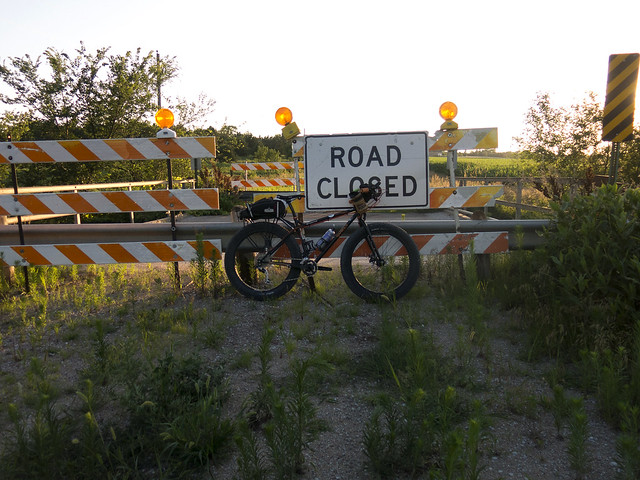 Headed out on Bluff Rd in hopes that maybe it would be opened again but it was still closed, been that way now for over a year. Flooding last year and again this year has really taken a toll on aging infrastructure, not sure what the fate of this little bridge is but I sure hope they eventually find the time and money to replace it. Skirted around the barrier and continued on, road closed is mostly a suggesting to a gravel rider; actually some of the best roads I've ridden have been on the other side of one of these signs. Unsafe for cars is not always the same as impassible, often in fact it's not. 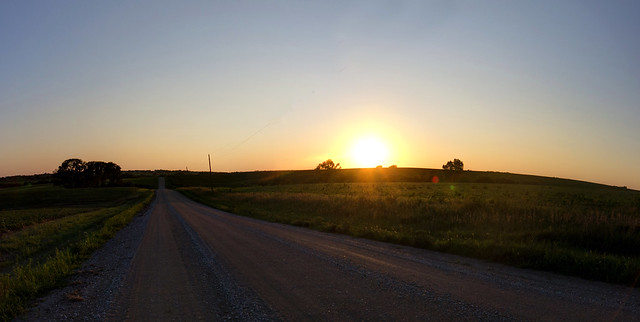 Most people who have never been to Nebraska or have only ever driven through often wonder why anyone would want to live here. It's a fair question, especially if all you've ever seen of Nebraska is what is on TV or what you can see from the interstate but Nebraska has a unique beauty all it's own, you just have to know where to find it. Sitting on the top of this gravel hill, listening to the insects chirping and not much else while looking back at the sunset it wasn't hard to see the beauty that is Nebraska. While I was born in Montana I have lived in a bunch of very large cities, Denver, Greater LA area, Memphis and Seattle to name a few, and they have their draw for a lot of people but to me that is the problem also; a lot of people. Plenty of open space and serenity for the soul out on a long and lonesome gravel road...


My apologies to Bob Seger for ruining his song but the inspiration bug bit me so I broke that peace and quiet with my poor crooning skills. Despite a few asshats it really was a great night to be out on two wheels.